My 40th birthday month was everything I wanted it to be, filled with travel, family, friends and adventures. The national press launch of the 2016 Kia Optima held in Aspen, Colorado ended up being right smack in the middle of the festivities and I was excited to not only explore a new city on my travel bucket list, but also find out what Kia had in store for us for their best selling model.

It seems the new 2016 Kia Optima has proven once again that refined styling, smart tech and supportive safety features matter to consumers. Ever flexible, it offers three engine choices this year, including the new 1.6-liter turbocharged four-cylinder for a zippy zoom with better than average fuel economy. With it’s total of five trim levels, including the US exclusive SXL, the 2016 Kia Optima is all about looking and feeling bigger, luxurious and more impressive. 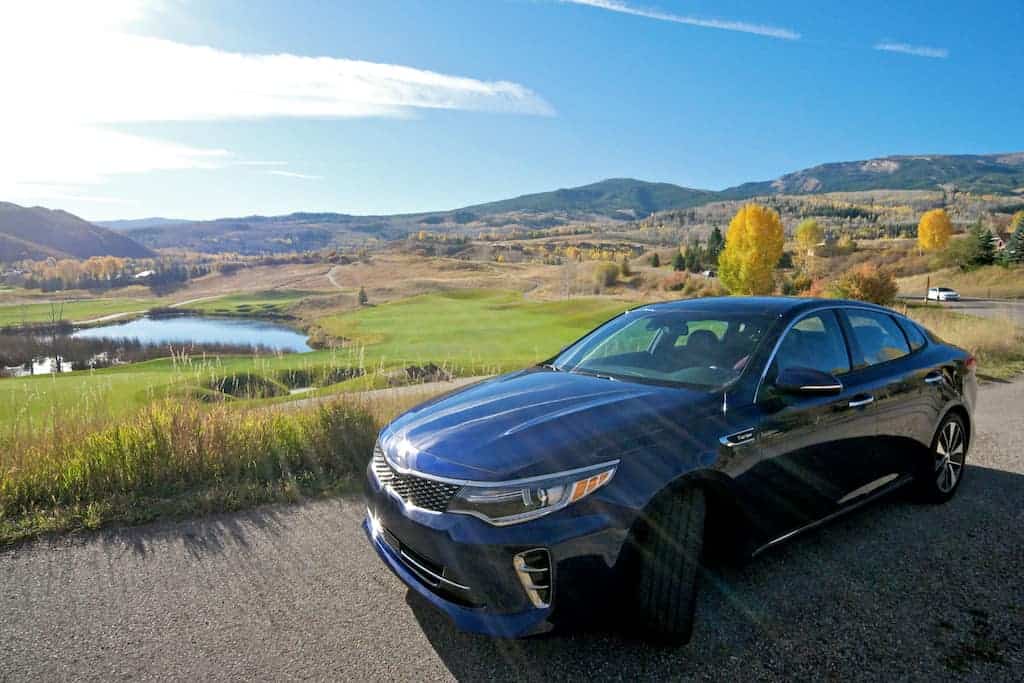 During the event, I had the opportunity to take this beauty for a leisurely drive on some of Aspen’s and the surrounding area’s most picturesque roads. With my best friend as my co-pilot, we  carefully and slowly explored every interesting nook and cranny from Snowmass to the Viceroy,  drove next to a beautiful river, embraced our inner trees and blasted Danzig til our ears hurt. Never mind the best friend tattoos we got, that’s neither here nor there. 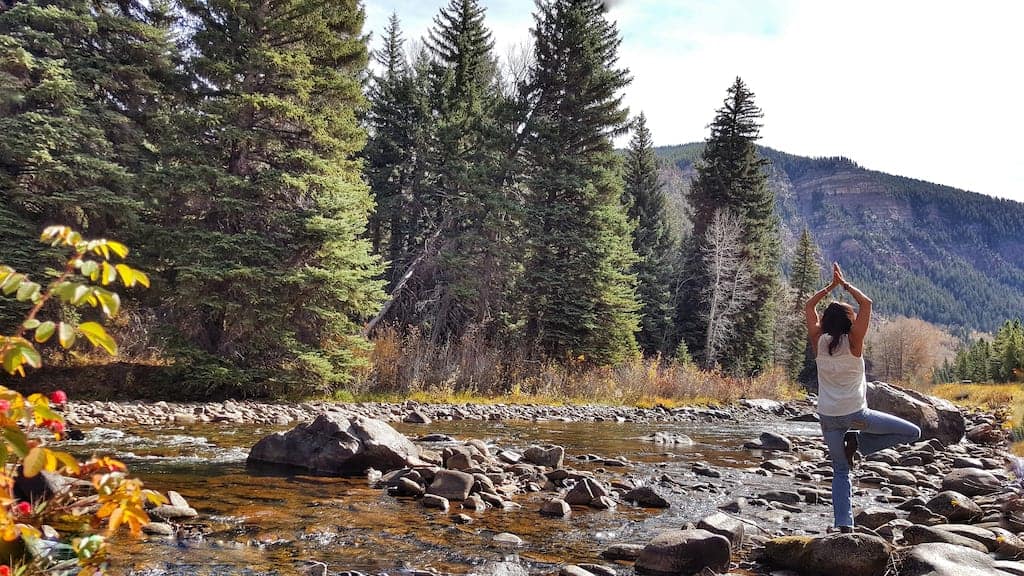 Aside from getting two Chatty Kathy’s safely from point A to point B (thank goodness for the blind spot detectors and lane departure notifications!), there were a few features that really stood out.

The wheelbase of the 2016 Optima has been extended to 110.4 inches (increased 0.4 inches), and widened to 73.2 inches (increased 1.0 inch), both changes enabling a roomier and more comfortable cabin with more head room, shoulder room and rear seat leg room. At 5’2″ you would think this doesn’t matter to me, but it does. The 2016 Kia Optima definitely passes my can-my-kid-kick-my-seat-while-I’m-driving annoyance test. The increased dimensions also allow for more cargo capacity in the trunk. You know, in case you go a little overboard while shopping. Which I never do. Ever.

Making it feel even larger, the driver-oriented cabin has been simplified for a cleaner design and a wider center console giving the driver plenty of space. Even the tech has become more simplified by grouping and reducing the number of functional keys and buttons. It’s all about the ergonomics!

One of the things I’ve come to love about Kia is they give you some of the best conveniences, even at the base trim levels, including a rear-camera display. Step up to the SX and SXL trims and enjoy all the extras: 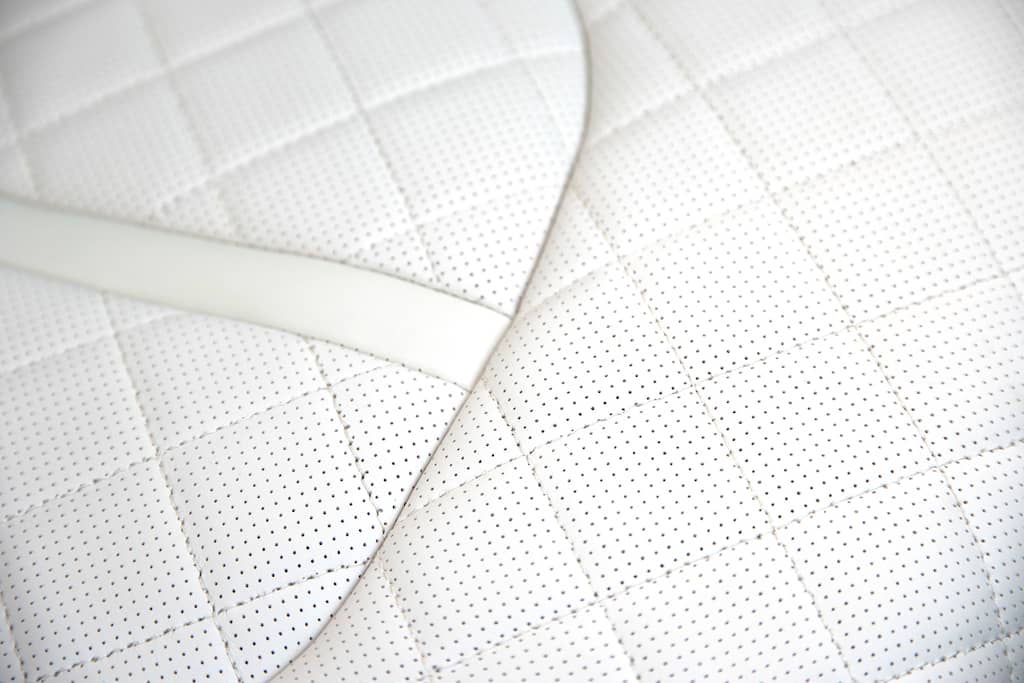 While I’ve always been a fan of Kia’s above and beyond safety features, the 2016 Kia Optima Hybrid has solidified my endorsement by earning the highest five-star safety rating from the National Highway Traffic Safety Administration. 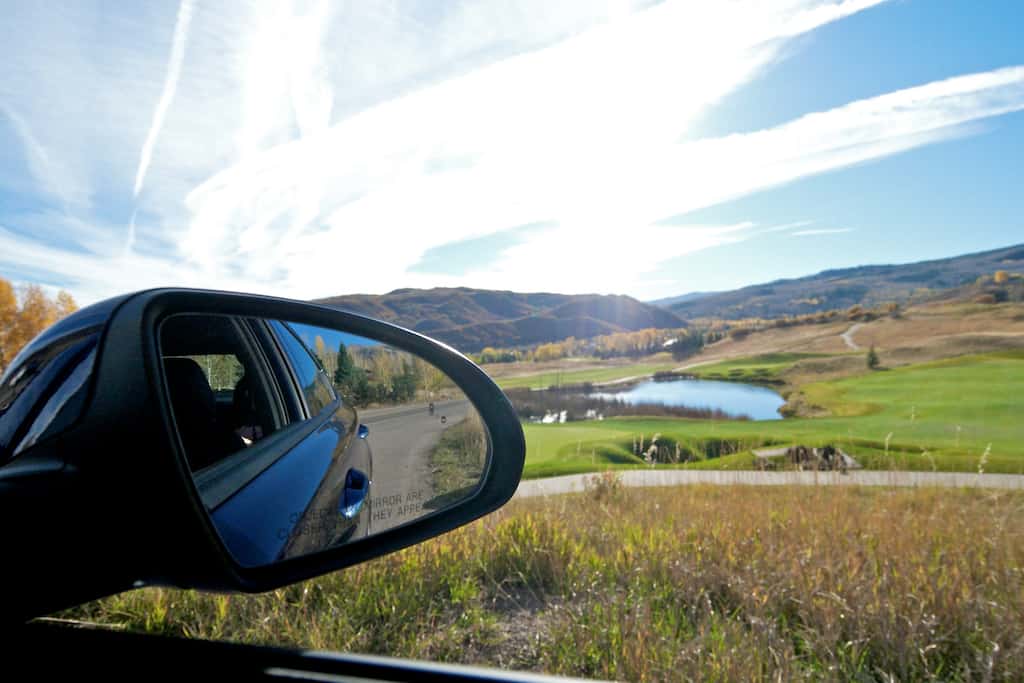 The newest addition to the Optima’s long list of safety features is it’s Autonomous Emergency Braking – the ability to bring the vehicle to a complete stop to potentially avoid a collision or reduce damage. Other new features include a Bi-function HID headlights with Dynamic Bending Lamps (DBL) and intuitive High Beam Assist (HBA), which recognizes oncoming traffic and automatically switches the lights to low beam until the opposing vehicle has passed.

Everyone has come to love the UVO infotainment system, but it’s become even better with four new eServices: Geo-fencing, Speed Alert, Curfew Alert and Driving Score. If you have a teen or even just an out of hand macho driver in the family, these features will definitely come in handy. It’s also the pilot vehicle for AndroidTM Auto and Apple® CarPlay, letting users control their phone’s core functions on it’s 8-inch touchscreen, including: music, messaging, navigation and voice calls. 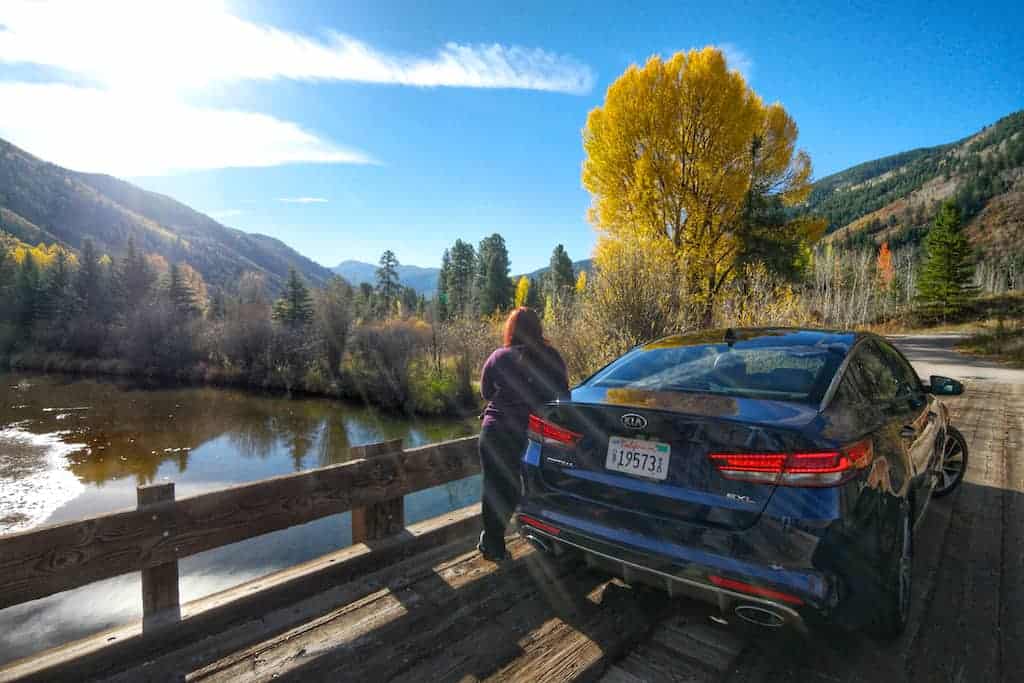 As Kia’s best selling model, the I don’t doubt the Optima will continue to be a favorite amongst 2016 car buyers with it’s attention to detail in all the right places. Speaking of right places, the 2016 Kia Optima is also proudly built right here in the US, at Kia’s West Point, Georgia, facility.