Johnny Carson was king of late night while I was growing up, and I can remember sneaking downstairs to catch his monologue long after I should have been in bed. I can still remember hearing my Dad’s distinct deep throated chuckle when Johnny would deliver his punchlines. It was how I learned what was funny, and late night hosts have always been my favorite go to.

Johnny has long since retired and now Jay Leno, David Letterman, and Jon Stewart have all stepped down allowing the next generation of late show hosts to step into the spotlight. With the new generation of late night show hosts taking over, one in particular has captured my heart – Jimmy Kimmel. These are my five reasons he should be your favorite late night host too. 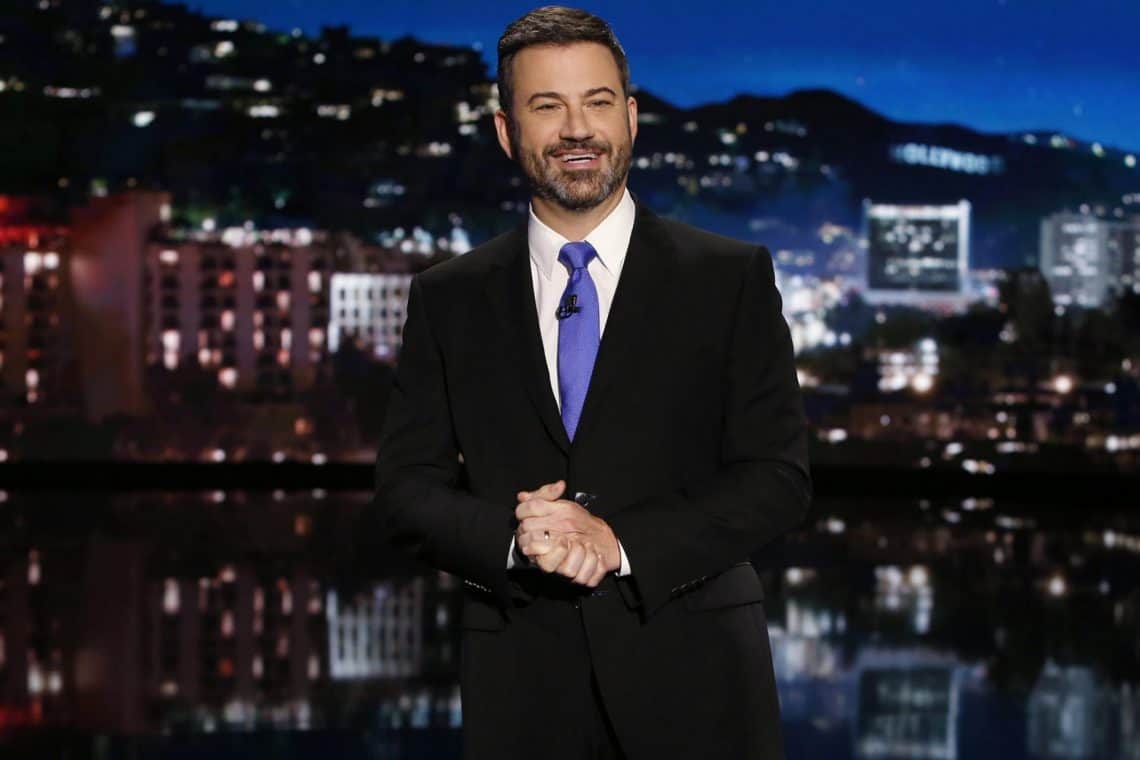 As of January 12, 2018, Jimmy Kimmel Live! Is the longest running late-night talk show in ABC’s history, and Kimmel has clearly held his own. He manages a wide array of jokes and skits that allow him to keep his edge without going stale. Kimmel also involves a variety of guests from family and friends to A-listers to add new depths of hilarity to his comedy. You won’t be disappointed by the same-old formulaic monologue each night with the constant parade of hilarious guests.

Kimmel has a unique way of dealing with online trolls by having the targets of their criticism read those mean tweets on TV. You will laugh until you cry watching actors and athletes read ridiculously mean tweets about themselves. Be advised, you might lost on YouTube once you starting watching them.

Kimmel’s hilarious sidekick Guillermo is actually the parking lot security guard! However, his comedic timing and off brand sense of humor has made him a staple on the show. Guillermo has taken on a various assignments including interviewing Grammy nominees and walking the red carpet at the Victoria Secret fashion show. He has become a beloved member of the Jimmy Kimmel team, and we can’t wait to see what assignment he is sent on next. Here he is this week interviewing some of the cutest child actors as they promote the Kia Summer Sales Event.

Every late show host has to have a great band, and it makes it even better when they have a great rapport. Jimmy Kimmel’s band is Cleto and the Cletones led by Cleto Escobedo III. Cleto plays alto, tenor, and soprano saxophone as well as singing for the band and some of skits during the show. One of the best parts about the band is that Cleto and Jimmy were actually neighbors and knew each other long before they started their careers. His incredible musical talent and longstanding relationship with Jimmy make Cleto and The Cletones the perfect accompaniment to the show.

I Ate All Of Your Halloween Candy

We are part of the #KiaFamily and love sharing our favorite Kia vehicles and Kia moments with you. Our opinions are always genuine and 100% our own.