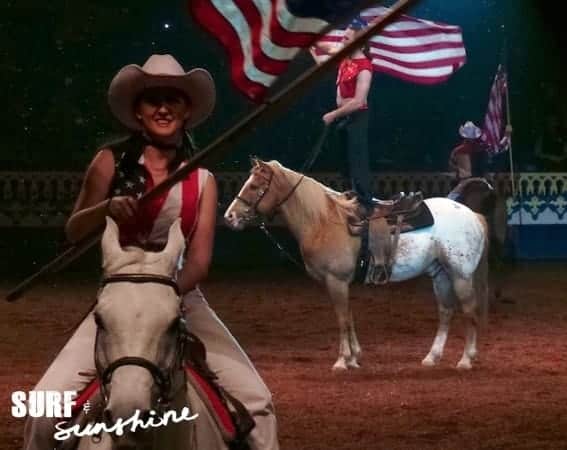 The famous attraction, with nearly 9,000 performances to date, is the largest family owned and operated entertainment business in Central Florida. Their reputation for setting and exceeding industry standards regrading the care and training of their horses, includes a full-time management team, that focuses exclusively on the animals. During the day, they’re on site to feed, water, turn out the horses, and administer any medicines for horses requiring treatment. 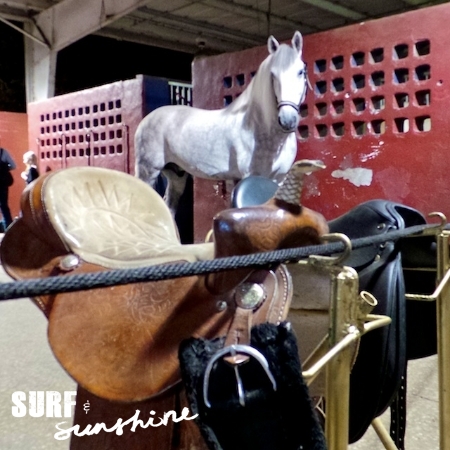 They offer a special VIP tour package where you get to tour the stables before it starts and get up close and personal with the horses and riders. Kids can get their picture taken with one of the horses too!

We were treated to a performance of “The American Princess” (their most popular show to date) which is about an American girl who discovers that she’s a Princess on her 21st birthday. After her discovery, the champion rider and her genie Abracadabra (her guardian), embark on a magical journey around the world to find her prince. This Princess, doesn’t have to kiss any frogs, but she must find a Prince that shares her love for horses! 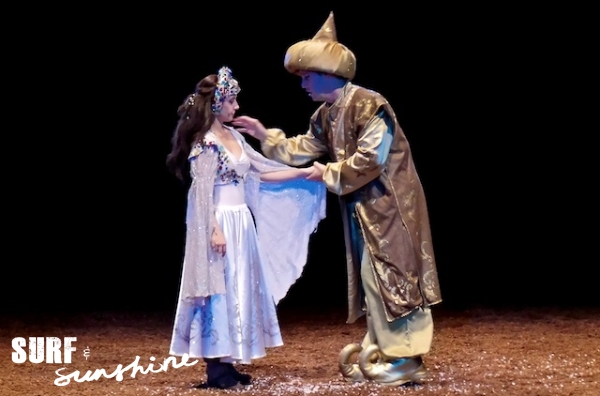 The story takes us through different lands with different styles of costumes and riding for a visual treat. There is a good mixture of comedy, song and even a little bit of magic!

With all fairy-tales, there is of course always someone causing trouble and in this case its the evil Prince Vaneer. He’s been plotting ways to make Princess Scheherazade his bride. When he’s accidentally summoned by Abracadabra, Prince Vaneer seizes the opportunity to kidnap the princess. Prince Khalid is kind, gentle and a skilled horseman, can he save the Princess from Vaneer?

*TIP* The 90 minute show (FYI no intermission, so drink slowly!) is performed in a large indoor equestrian arena, which is actually the largest of its kind in the world for a permanent show!

Your ticket comes with a dinner selection from a small menu featuring mostly “comfort” style foods, however they were very kind and accommodating to my requests for adjustments. They gladly gave me an extra side of veggies and even though the official dessert choice was chocolate or vanilla cake, the server was able to substitute a bowl of fruit instead. Very nice of them to do! 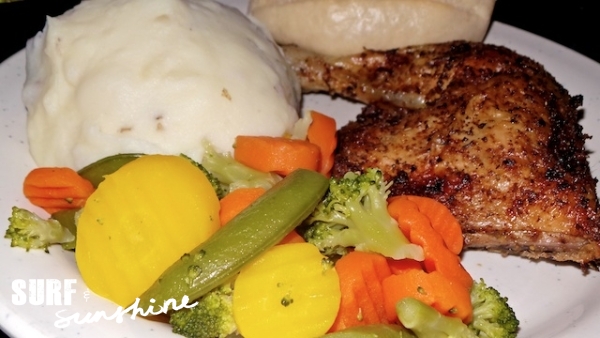 Experience Kissimmee paid for my travel expenses to experience Arabian Nights in person. No compensation was received and all opinions expressed are original.