It has been 26 years since Disney mesmerized audiences with the animated feature Beauty and the Beast. Now a new generation will be introduced to a live action version of this tale as old as time. Arguably a bold move for Disney since many still recall fond memories of seeing the original in theaters (myself included). So the pressure to create something that is both reminiscent of the original yet new enough to once again ignite an audience’s imagination was no small task. Thankfully Disney delivers on its promise and has created a visually stunning story modernized for a contemporary audience that is brought to life by a superb cast.

When it comes to the story, the film doesn’t stray too far from its (arguably perfect) 2D source material, which is a relief for anyone hoping to see a shot-for-shot remake. Visually, the film offers so much more detail than what would have been possible in an animated film and as a result the world is richer for it. It feels thoroughly lived in and uniquely. While the visual effects for the animated objects are fantastic, the Beast, unfortunately, comes off as more of a CGI video game character than a fully realistic creature. Thankfully, Dan Stevens’ motion-capture performance is so compelling and nuanced that it makes up for what lacks in the visual. 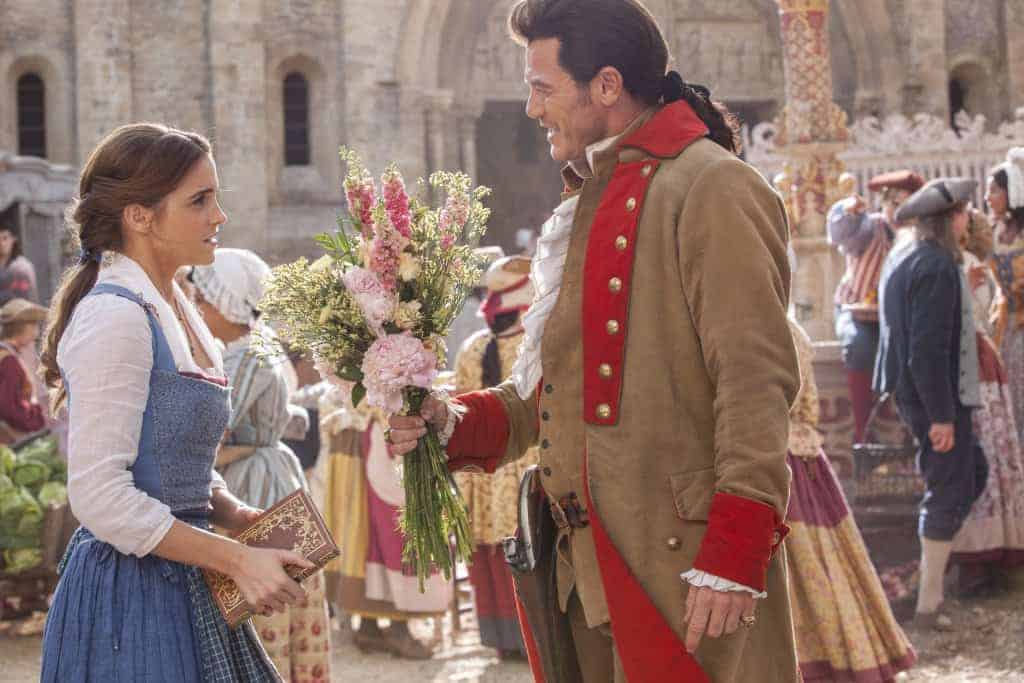 The film’s additional story elements only improve and expand upon the original’s foundation providing backstories for the leading characters, modernizing them, and  even answering some lingering questions. Yet none of this is too heavy-handed nor does it detract from what was already great. Belle, played to perfection by Emma Watson, is no longer just a bibliophile but also a literacy activist. Her father, Maurice (Kevin Kline), is no longer a cartoonish crazy inventor but a Parisian painter. While his storyline is the most significant addition, it helps to historically contextualize the film and, at the same time, explains the absence of his wife and how he and Belle ended up in a “poor provincial town” without her. In turn, the relationship between Maurice and Belle is more complex and mirrors a similar backstory for the Beast. Together, the idea that parents help shape the lives of who their children become emerges as a signifiant theme of the film. Gaston (Luke Evans) is now a positioned as a former war hero, thus giving substance to his bloated ego, and LeFou (Josh Gad), while still the adamant admirer, now has a conscience and struggles with right and wrong. The rules and consequences of the castle’s enchantment get some clarification too. Mrs. Potts (Emma Thompson) offers a decent explanation of the staff’s own culpability and the there’s a reason why none of the townspeople had ever noticed a giant castle a few miles away through the forrest. Belle also realizes that not everything in the castle is alive in a brief, yet very funny moment with a hairbrush.

While the music, written by Alan Menken and Howard Ashman, does take a bit of a backseat to the expanded story, it is still very much a star in its own right. This time around “Be Our Guest” is a far more intimate affair compared to the animated and Broadway versions, but is still very charming complete with a visual the nod to the Busby Berkeley musical sequences. The two real showstoppers are the opening song “Belle,” which really sells the idea that this film will work, and “Gaston”, fully realized as a raucous ballyhoo by Josh Gad and Luke Evans. The duo are arguably the biggest scene stealers of the entire film. Emma Watson’s vocals have undoubtedly gotten some extra post-production help in the form of auto-tune and sound tinny and hollow, but are good enough. The Beast’s new song “Evermore”, written by Menken and Tim Rice, is also good, but palls in comparison to the Broadway standout “If I Can’t Love Her.” 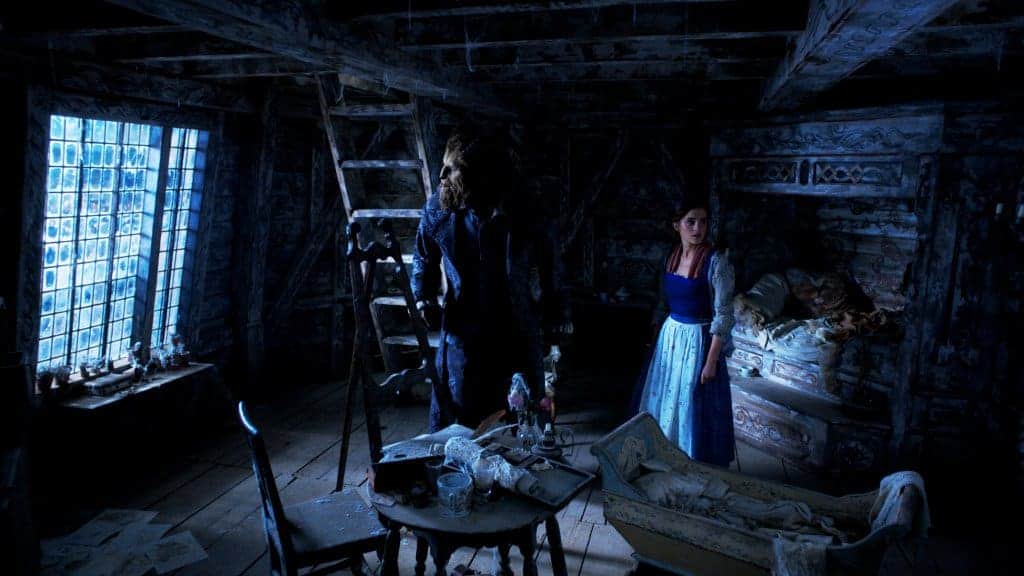 Overall, the film has done a great job at contextualizing the story in a physical, realistic, and three-dimensional world with fully developed characters. Most of the over-the-top cartoony moments have been eliminated aside from a few cheap gags that you’d find in a televised musical special. Rounding out the cast is Ewan McGregor as Lumiere, Stanley Tucci as newcomer Cadenza the harpsichord, Audra McDonald as Garderobe, Gugu Mbatha-Raw as Plumette, and Ian McKellen as Cogsworth. Directed by Bill Condon and written by Stephen Chbosky and Evan Spiliotopoulos. Disney’s Beauty and the Beast is in theaters Friday, March 17th.