It’s the goal of every traveler to make meaningful experiences on their journeys. Those experiences? They’re made by the people we meet along the way. By opening ourselves up to intimate moments we create our stories. I had one of those days while traveling in Malaysia. It’s the kind of day every traveler hopes for.

Stepping off the bus in the rural town of Bukit Katil, we were greeted by the smiling faces of locals. Some were milling about in the middle of the road, others were peeking their heads out of their brightly painted houses in shades of pink, mint and bright orange. A rice patty field flanked our left and a sea of faces on the right. The crowd assembled along two attractions. A group of children in their red school uniforms and the brightly decorated bullock carts each accompanied by two bulls. Soon the children became our focus as the greeted us with their adorable smiling faces and a special song performance.

Afterward their joyous laughter followed us as we gathered into the bullock carts for a ride down to the rice patty fields. Also known as the local swimming hole.  Little did we know they would be joining us! 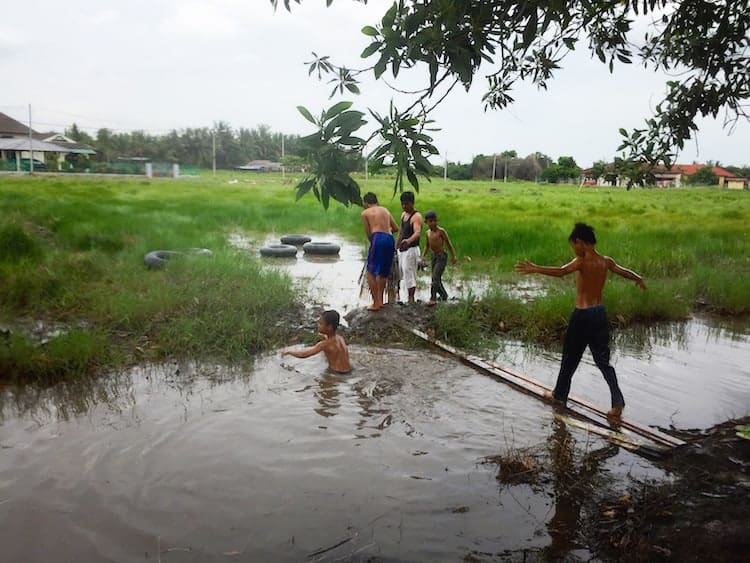 Our first challenge? Catching catfish. With our bare hands. I’m a pretty adventurous gal. I’ve went fishing numerous times. Never did I have to try and catch the fish. But catch one I did, even if I didn’t do it as adorably or with as much gusto as my new friends.

And then we were off to the next activity they’re eager faces were beckoning us to. Isn’t it funny how travel allows us to be open to new experiences? As I stood knee deep in a rice paddy field it occurred to me that had I been back home, not for a thousand dollars would I climb onto a dirty, smelly bovine. Yet here I was being cheered (read: egged) on by adolescents to climb onto the back of a water buffalo with “jump off if he runs” as my only safety gear. 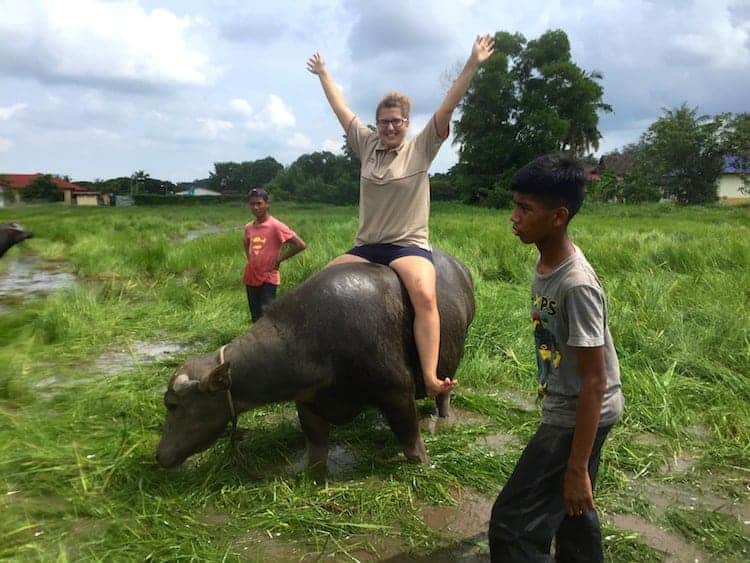 And after some gallant young gentleman offered his knee for my climbing I suddenly found myself precariously perched on the crusted back of this smelly little bovine, nervous but laughing and feeling like there was no place else I would have rather been than with these hilarious kids (who were not nearly as impressed as I) trying something totally new. All too soon things got a bit hairy as my companion tried to run off with me and we decided it was best to use my safety gear – I jumped off. 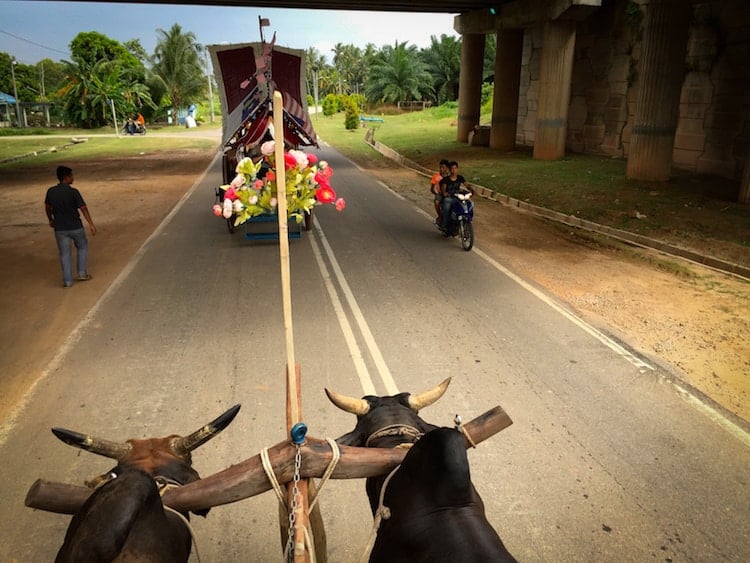 I couldn’t tell you their names, and save for their twinkling eyes, hand gestures and infectious laughter we didn’t do a lot of conversing that day. But I will always be grateful to their energy and the atmosphere they created that showed this sometimes stuffy westerner how to have a fantastic time in the rice paddy fields of Bukit Katil.