When my husband and I bought our first house, we really enjoyed filling it with things of our own. Some things were old, a few things were borrowed and much of it was new. It was purchasing the ‘new’ things that was most fun. While I was busy stocking the kitchen, my husband only cared for two things: our bed and our TV. To be honest, I wasn’t that interested in the TV. Meanwhile, Jake was comparing weird things like 720, 1080, hdmi, LCD, LED, and plasma. *Yawn* About the time that we he finally settled on a TV,  our friends and family made the upgrade to Smart TV’s as well. It was also about that time that I started noticing the differences. We would go to a friend’s or his parent’s house and even though we both had Smart TVs, there would be slight but noticeable differences in picture and quality. With our new TV I also saw, for the first time, the difference between HD and SD – WOW.

So what’s the difference between LED and LCD anyhow? Aside from the letter, there are surprisingly few differences – but those differences have a huge impact. The difference lies in how the screen is lit to produce a picture. LED (light-emitting diode) TVs are actually a type of LCD (liquid crystal display) television. But where an LCD HDTV uses standard compact fluorescent tubes to illuminate the picture, an LED HDTV uses backlighting technology. It gives LED TVs the capability to create much clearer images.  Additionally, LED TVs have deeper blacks, the screens are thinner and consume less power.

In case you haven’t guessed, LED TV’s are coming out on top. So why would someone choose an LCD TV? In short, the answer is cost. With better technology comes a higher price. But when you look at Value, Energy Savings, and Picture Quality, I think the smart choice is to invest a little extra for an LED. Especially when you have brands releasing TV’s at such affordable price points. 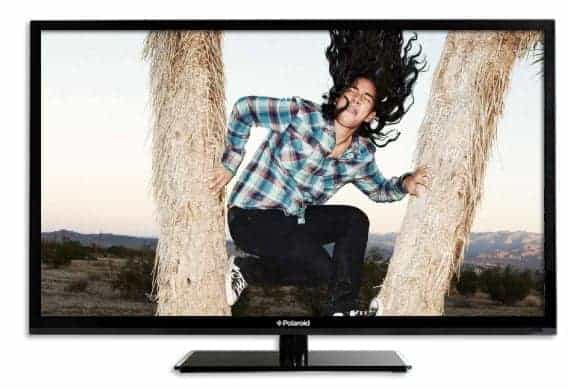 A New Line of LED HDTVs

For instance, Polaroid has just announced the release of a new 50” Smart TV and 50” 4K Ultra High Definition TV.  The 50” Roku Ready Smart TV (MSRP $599.99) will allow consumers to stream more than 1,000 entertainment channels instantly with the revolutionary Roku Streaming Stick™. This built-in wireless device requires no cables allows for easy plug-and-play use between the TV and the Roku Streaming Stick.

What kind of TV do you own? What do you think of these two new additions to your choices by Polaroid.