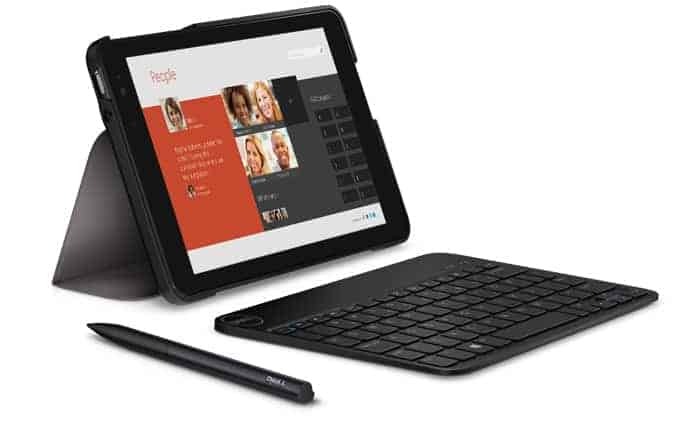 Pulling the Dell Venue 8 Pro out of the box, I immediately took note of it’s weight (a light .87lbs) and size. It’s hard to make a bulky 8in tablet but it should be said that not only is this tablet light, it’s slim (.35in) and portable as well. The second thing to take note of is texture. Unlike many tablets with smooth plastic, to my appreciation the Venue 8 Pro has a textured back. That coupled with it’s contoured design make it easy(er) to hold in one hand – helping to avoid the tablet-on-face scenario. Lastly, the button placement is setup in a way that makes them easily accessible holding the device horizontally or vertically.

While there was some griping that Dell decided to place the Start button on the top of the device (unlike beneath the display like many other Windows tablets), I found it to be the perfect location. It was out of the way but easily accessible and more convenient for screen capturing. The power and volume buttons are placed in the upper right hand corner and the display itself is a gorgeous 8in HD IPS display. The 1280 x 800 resolution offers a bright picture that makes the live tiles really pop. 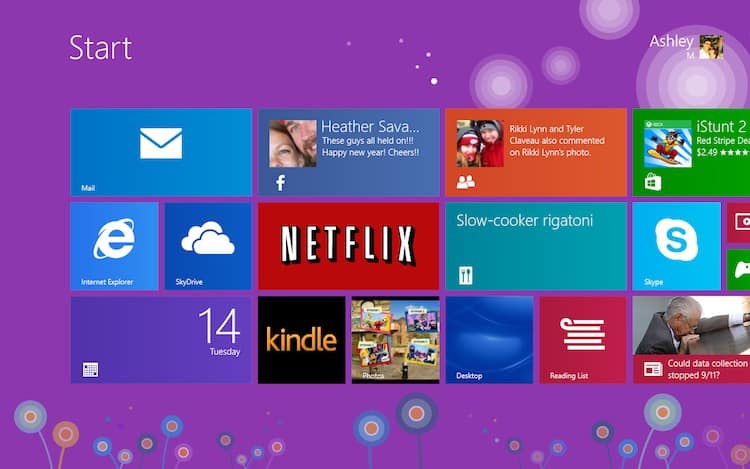 Once the tablet was fired up my wife wasted no time taking over – arranging the tiles, customizing the backgrounds and gasping over the fact that it had an actual ‘desktop display.’

I’ll be honest with you – I wasn’t a fan of Windows 8. The idea was solid and looking back you can tell they were setting up for much bigger things (as seen today). However, it was a little clunky and it needed finesse. As you can imagine it was a happy surprise to find that Windows 8.1 brought that finesse. The tiles come in large, medium and small sizes – allowing you to group together 4 small tiles to take up the same amount of space as a large tile. They are easily customized and it only takes a quick upward stroke to bring up all of the apps and a handy search bar. 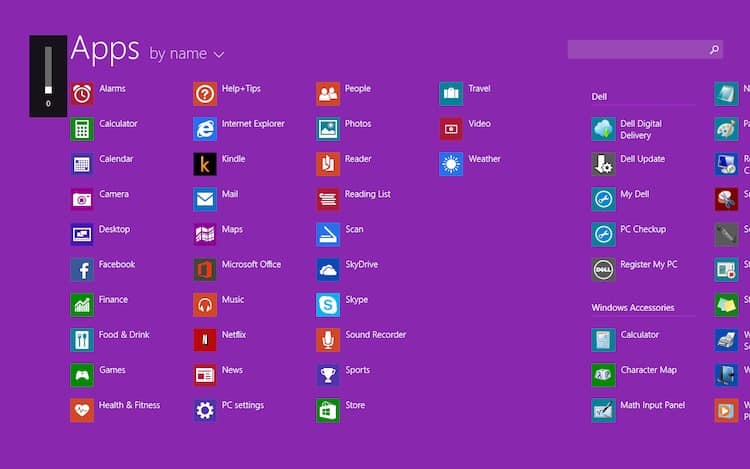 The Dell Venue 8 Pro sports the Atom Z3740D processor with a slightly lower clock speed than the Z3470 used in other tablets (1.83GHz max vs. 1.86GHz). For most, this won’t make a noticeable difference, but it does offer less RAM than I would like to see at 2GB instead of 4GB. If you are a serious multi-tasker or when you start utilizing larger files sizes, you’re going to notice the difference in RAM. However, if you’re a light user – streaming video, reading apps or web surfing – you aren’t going to notice the difference.

What you will notice is that overall the Dell Venue 8 Pro is speedy. It easily switches between applications with the flick of your wrist. Live tiles open quickly and it’s easy to transition between IE tabs. The tablet displays the new Windows 8.1 in a way that is user friendly and work friendly. Speaking of work friendly, the Pro 8 comes bundled with Microsoft Office Home and Student Edition, giving you access to Word, Excel, PowerPoint, and OneNote.

In addition to performance and software, the Dell Venue 8 Pro can easily replace the PC for many people thanks to a few features we discovered. 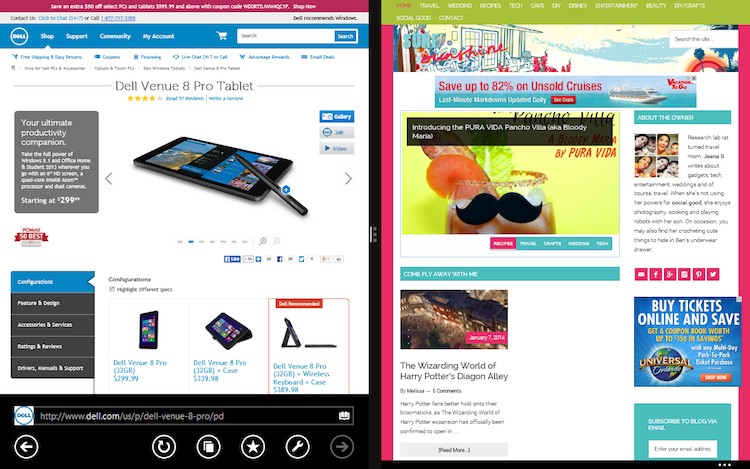 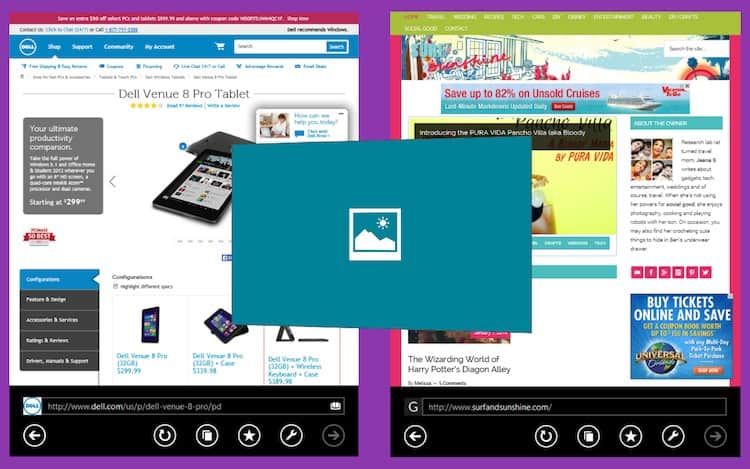 Thanks to Bluetooth, the Dell Venue 8 Pro becomes even more work friendly with the ability to utilize both a keyboard and a mouse. 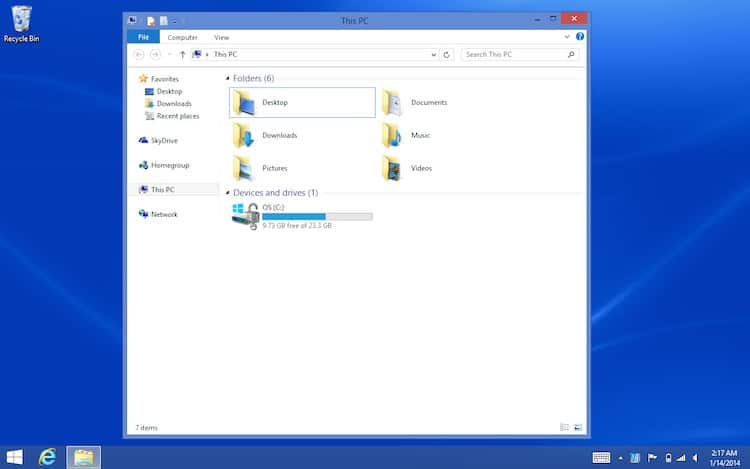 For some reason having the ability to view the tablet as a traditional PC desktop is comforting. I found that I tend to use the ‘front’ screen with it’s live tiles as my play area and the desktop screen as my work area, essentially dividing the tablet in two. However, thanks to the thorough integration of both, I have the convenience of pulling up documents, programs and photos from either side.

In short, the Dell Venue 8 Pro is a well rounded tablet with a user friendly Windows 8.1 interface that allows you to work hard and play hard. Stay tuned because we have barely grazed the surface of possibilities and will be bringing you more on this device and Windows 8.1.

4 thoughts on “Dell Venue 8 Pro: A Portable Tablet To Leave Your PC at Home”