What do you know about Día De Los Muertos? This holiday also known as the Day of the Dead is approaching, and this celebration is much more than meets the eye.

The origins of Día De Los Muertos are intertwined with ancient Aztec rituals and Catholic traditions introduced by Spanish conquistadores. While it is largely celebrated by Latin America, it’s beginnings are rooted in Mexico, and many associate the holiday with the vibrant, colorful scenes depicted in Mexican celebrations. Due to the similarity and timing with the United States holiday of Halloween, many mistakenly think it’s basically the same and don’t realize the importance of its rituals. 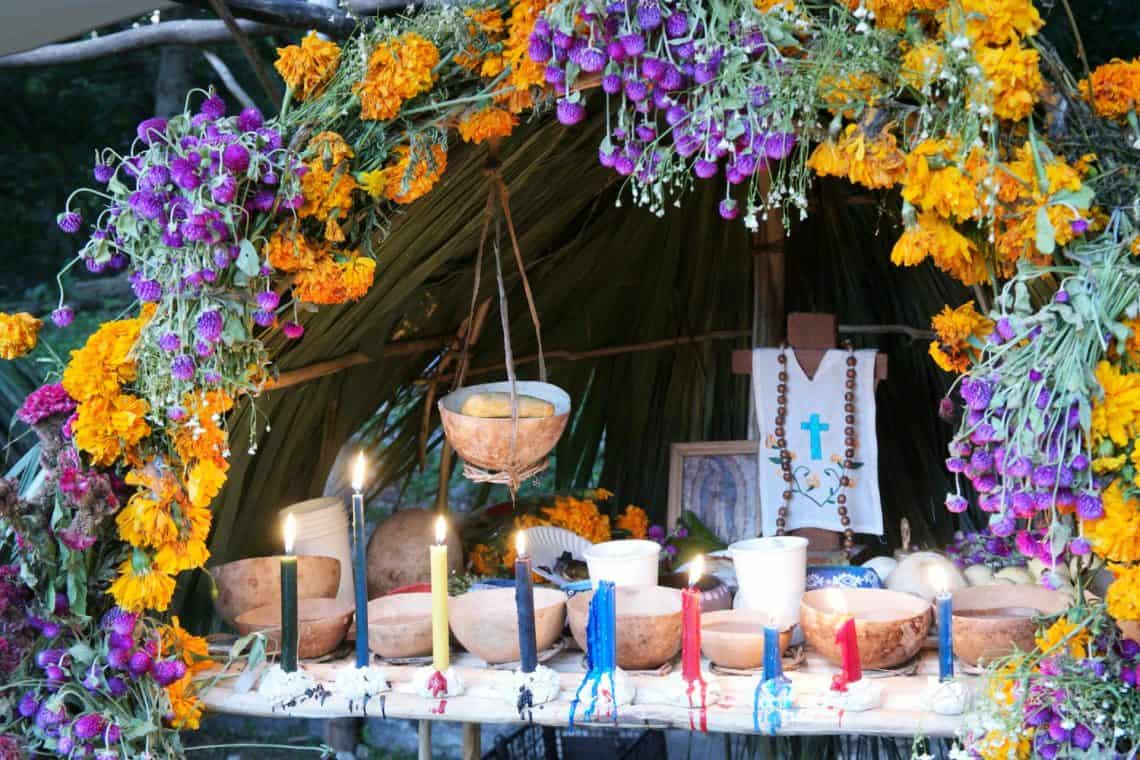 This longstanding tradition of this holiday is based on the belief that on October 31st, the gates to heaven are opened exactly at midnight. During the days of November 1st and 2nd, the deceased are allowed to come back to earth. The first day of the holiday the deceased children are allowed to return to their families for 24 hours, and on the second day, the adults return to earth and revel in the offerings set out for them.

Originally celebrated in the summer, it eventually changed to coincide with Catholic holidays when religious influences seeped into the culture. The Catholic holiday of All Saint’s Day is November 1st and All Souls Day is on November 2nd, making these the two days to honor the deceased. 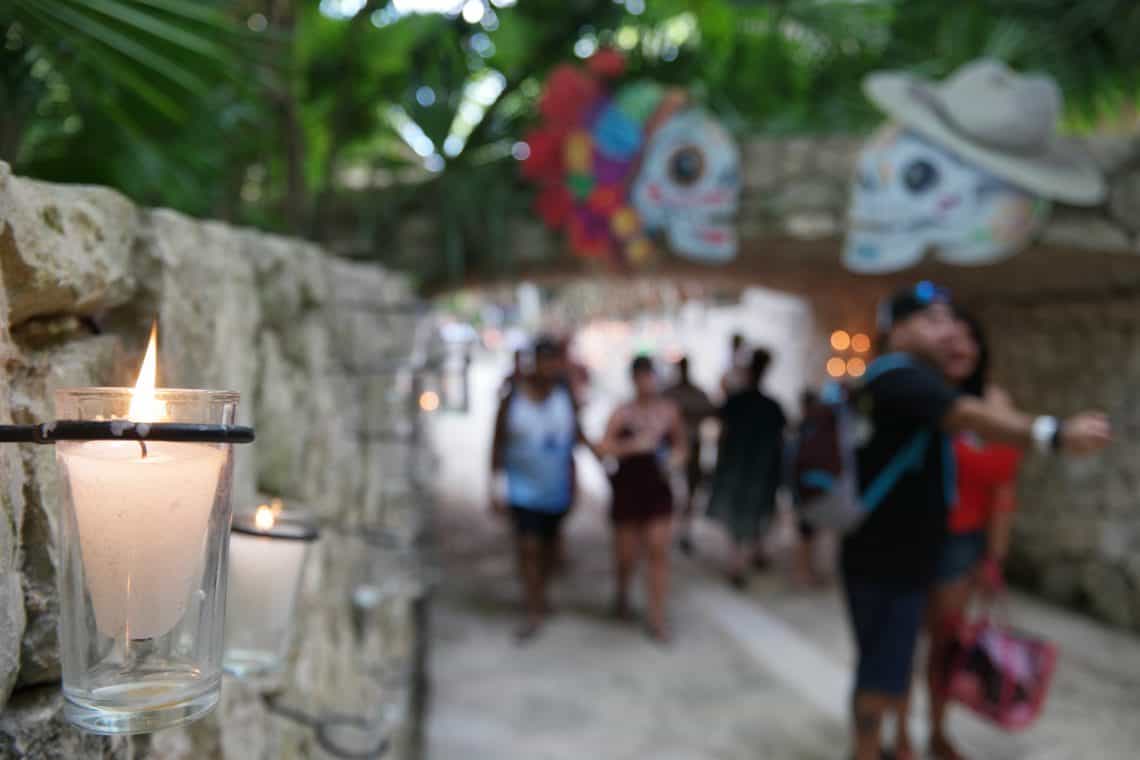 The Day of the Dead is about celebrating life and dissipating the fear of death. Death is looked at as just a part of life, and the holiday is meant to show their acceptance and that it is nothing that should scare them. Those that carry on the tradition are honoring their deceased loved ones by remembering them as they were in life. In central and southern Mexico, it is an incredibly colorful and involved celebration that requires participants to set up elaborate altars on which they offer food and drink to the returning souls. 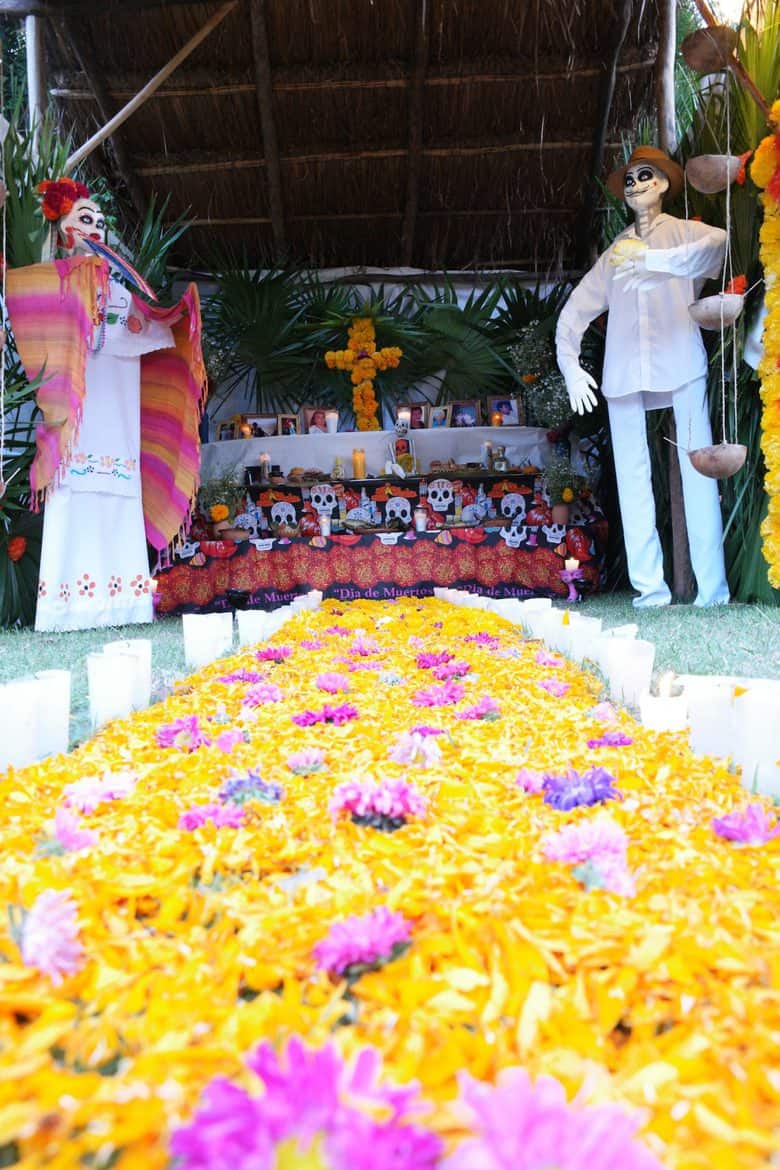 In each home, there are altars filled with colorful red and yellow flowers as well as hundreds of candles, incense and photos. Heaped among the decorations are foods such as peanuts, fruit, tortillas, and even special bread known as pan de muerto. There will also be bottles of soda, hot cocoa and water to help “feed” the souls. 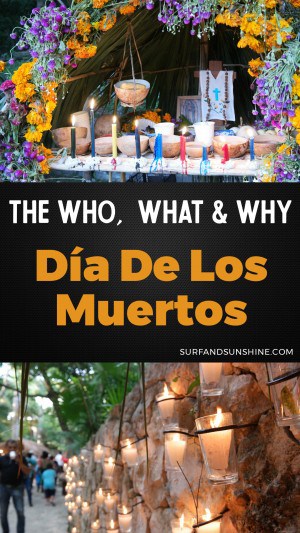 For children, there are colorful toys and candy left out to delight them. As for the adults, the families leave cigarettes and shots of alcohol. The markets sell small trinkets and foods decorated with skeletons and sugar skulls specifically made to put on the altar for the holiday. It is an elaborate setup for their lost loved ones, and many families will spend more than two months income just purchasing items for the celebration. 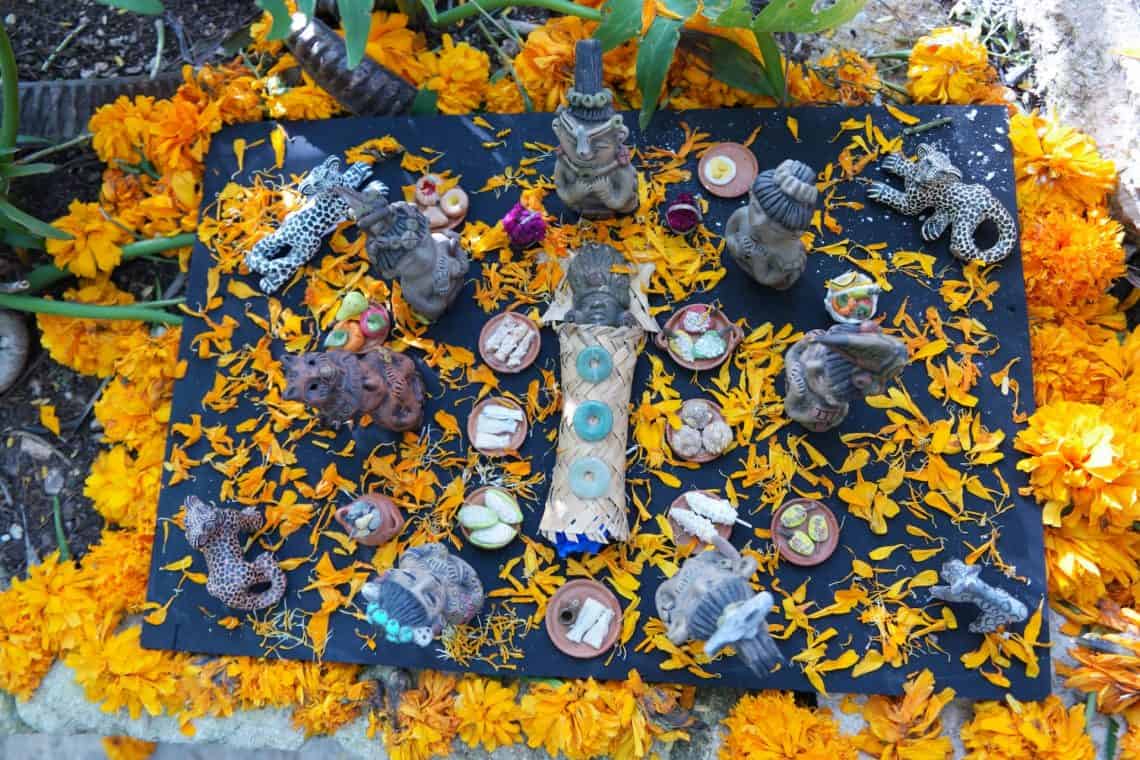 By continuing to care and shower their loved ones even in death, they believe that their souls will protect them and bring them good fortune. On All Saint’s Day, everyone walks to the cemeteries where they clean up tombs, play games, talk about those they lost and continue the festivities. There are also church services held throughout the holidays. It is a tradition that reunites the living and dead for a brief period in time, and it has been passed down through generations. 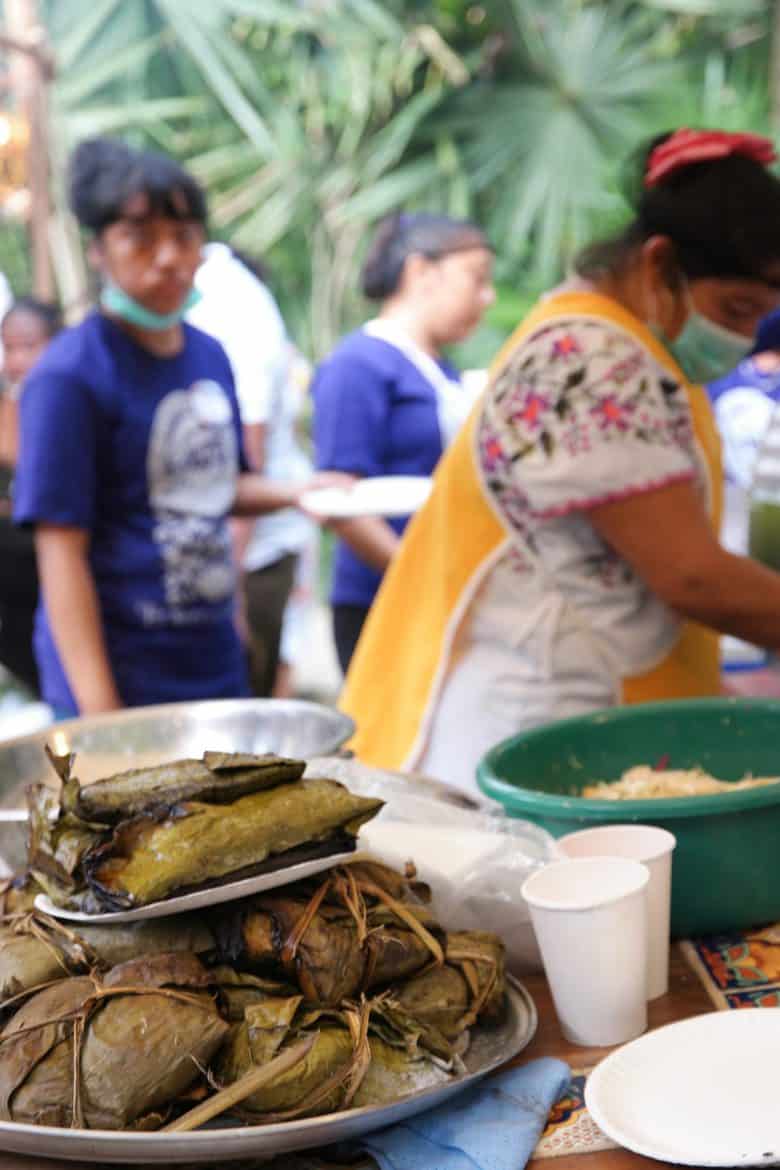 If you happen to be in the Riviera Maya or Cancun area of Mexico during this time, this rich tradition is celebrated in Xcaret Park where visitors are invited to experience the Festival of Life and Death Traditions for themselves. Xcaret is an eco-archaeological park that celebrates the diverse culture of Mexico, and provides the chance for guests to experience Día De Los Muertos first hand through a variety of activities.

The Festival of Life and Death is one of their major attractions, and it is a four-day long event that celebrates rituals from the Yucatan Peninsula as well as the Mexican State of Pueblo in order to capture a wide variety of customs found all over the country that honor the dead and their holiday. This festival is a chance for participants to witness the sacred celebrations that reunite families with their lost loved ones before they must once again return to the world of the dead. UNESCO has named this festival an Intangible Cultural Heritage, and it will walk guests through the important traditions. 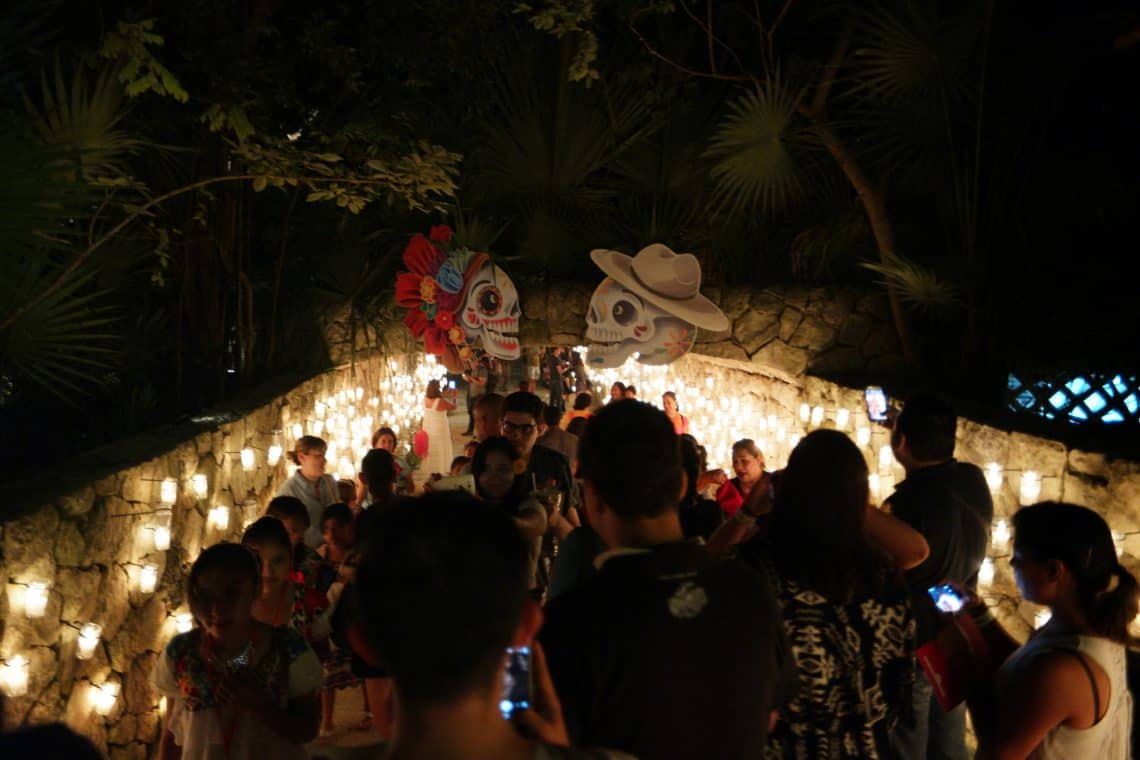 It’s an incredible four days, filled with traditional dance, music and concerts. There will be exhibits with altars beautifully decorated and plenty of delicious foods traditionally prepared, available for sale and even interactive workshops to take guests a step further into the festival. There are theatre performances from monologues to puppet shows and beautiful works of art that capture the long history of the celebration and the meaning behind the rituals. If Día De Los Muertos has ever intrigued you, Xcaret’s Festival of Life and Death Traditions is the perfect opportunity to immerse yourself in this cultural event and truly learn about its origins and meanings.