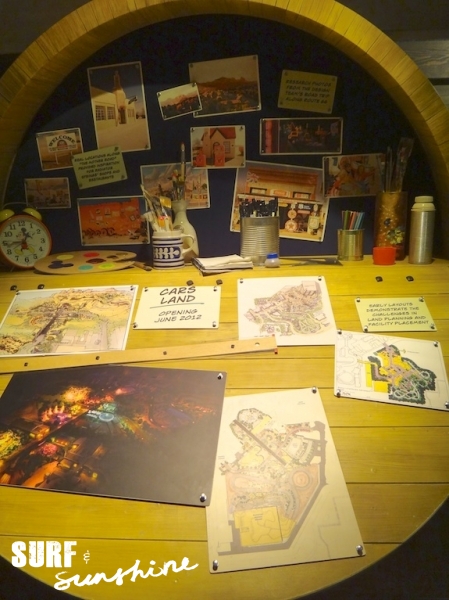 During my recent visit to the new Cars Land at Disneyland California Adventure Park, I had the exclusive opportunity to speak with Kathy Mangum, Vice President of Walt Disney Imagineering and Executive Producer for Cars Land. She gave us some incredible insight to the making of Cars Land that I’ll bet you didn’t know!

1.  Although Disney/Pixar’s release of the original Cars movie was in 2006, Walt Disney Imagineers actually began creating Cars Land as we know it today after seeing early footage of the film in 2004.

2. To fill in the gaps of what wasn’t shown in the film (like the inside of Flo’s Diner), the team took a 10 day road trip based on the book, “Route 66, The Mother Road” by Michael Wallis, in order to “meet the characters”. 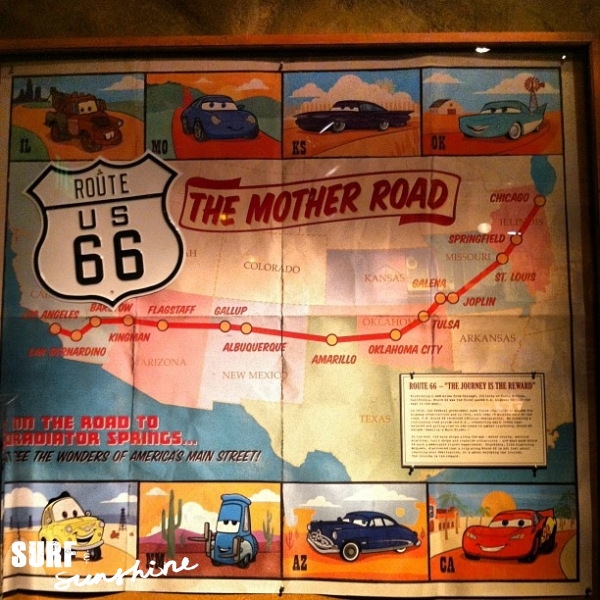 3. Cars Land takes up about 12 acres (about the size of Disneyland’s Tomorrowland), of which Radiator Springs Racers takes up about half! Opening day wait times for this popular attraction neared 6 hours!

4. The amazing Ornament Valley is an impressive 300,000 square foot hand sculpted masterpiece inspired by Ant Farm’s half-buried, nose-first row of 10 Cadillacs on Route 66 called Cadillac Ranch. While they used automobiles dating from 1949 to 1963, the fins seen on Ornament Valley correspond to those seen on models dating from 1957 to 1962.

6. Time Travel Mater at the Blue Sky Cellar will give you a nice little history lesson on how Radiator Springs came to be – don’t miss it! 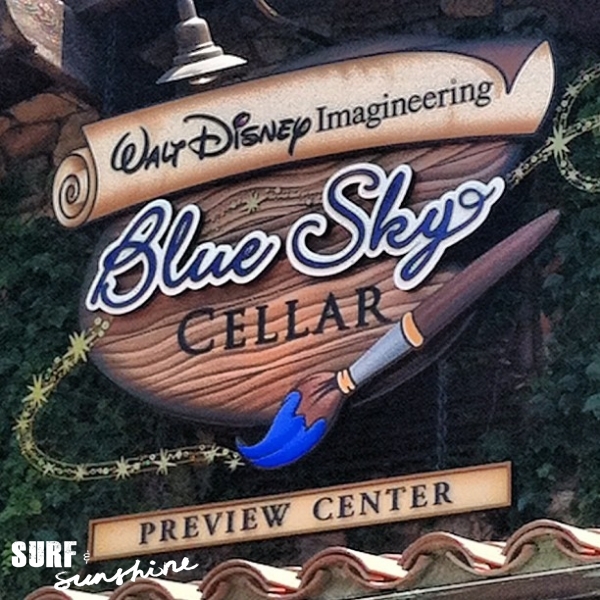 7. Luigi’s Flying Tires brings back a beloved ride from 1960’s Tomorrowland. The famed Flying Saucers had a short life of only 5 years (1961-66) and were replaced by the Tomorrowland Stage in 1967 and ultimately, Space Mountain in 1977. 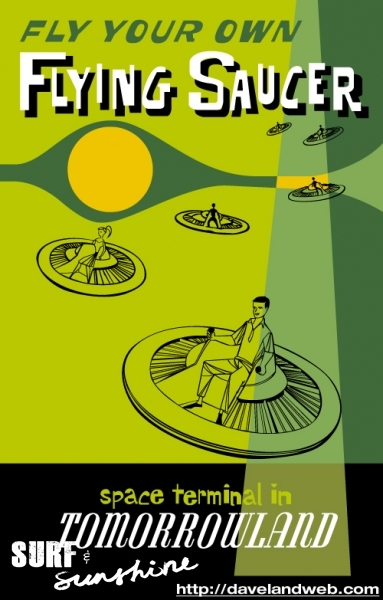 8. Before actual construction began on Cars Land, Imagineers used virtual technology to design the look and feel of the rides and attractions. Tip: see the concept model at the Blue Sky Cellar preview center!

9. All 3 Cars Land ride attractions are meant for the entire family to enjoy together with height requirements at only 32″ for Mater’s Junkyard Jamboree and Luigi’s Flying Tires and 42″ for Radiator Springs Racers. 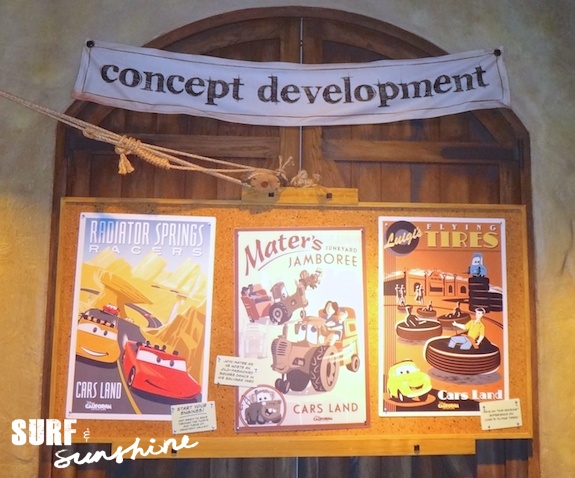 10. The story continues in the food – don’t miss the CocaCola BBQ Sauce at Flo’s Diner.

11. Apparently Imagineering is dangerous work requires the use of a helmet, who knew? 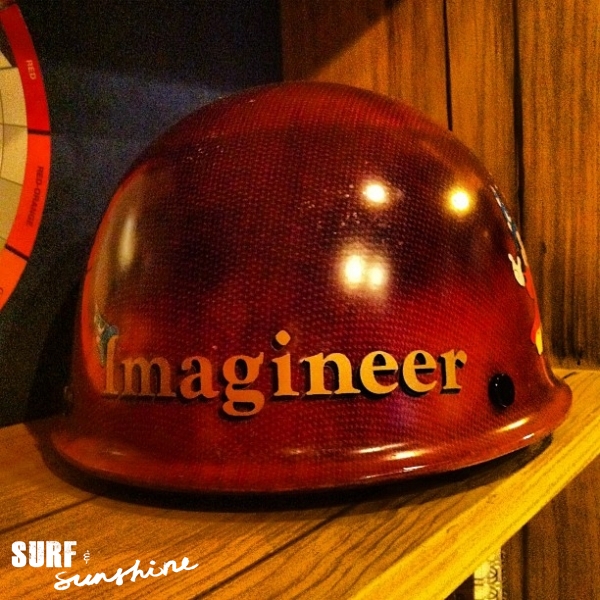 Thank you to Disneyland for making it possible for me to experience this wonderful new addition to the California Adventure Park. All opinions are mine.