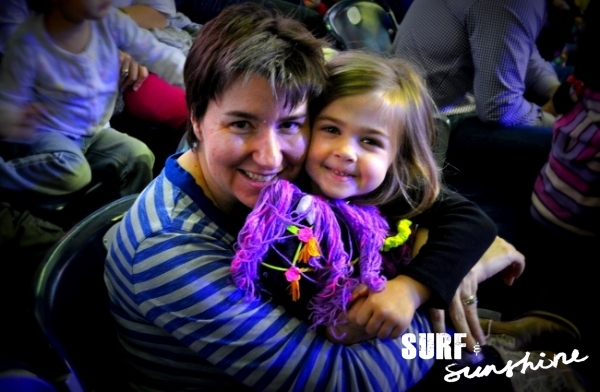 A typical Friday night in our house, means pizza and a family friendly movie, usually one from our extensive Disney collection. This week, thanks to complimentary tickets provided by Disney on Ice, we were headed to to see the Disney on Ice Rockin’ Ever After show at Reliant Stadium. With a 2.5 year old son and a 4.5 year old daughter, Disney has different meaning to each of them. My daughter is obsessed with the Disney Princesses, and at the moment favors Merida from “Brave,” while my son is in love with Mickey Mouse.

So, when we told the kids the exciting news, we told our daughter, “we’re going to see the Disney Princesses perform on ice,” and my 2.5 year old son, “we’re going to see Mickey skate.” They were both ecstatic, but for very different reasons. It was so cute hearing them chatter with each other in the back seat on the way to Reliant Stadium. MC was telling her little brother about the princesses, while he continued to emphasize “Mickey on skates!” 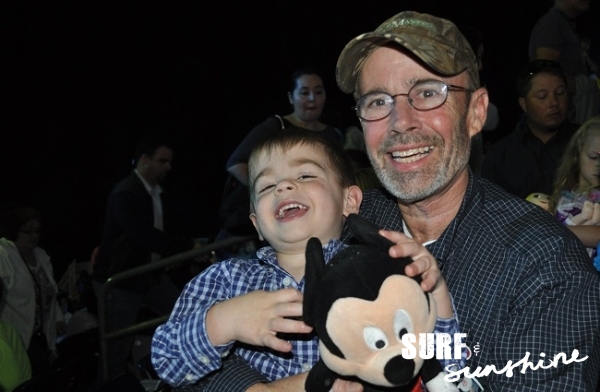 In an eventful week where the country was on edge from the events in Boston, and a fertilizer plant explosion four hours down the road in West, TX, a night out with the family was a much needed distraction. Yet as we entered the stadium, and our bags were cleared by security, my husband mentioned to be more aware of our surroundings. We discussed in the event of an emergency, where we would meet if we were separated, and which child each of us would be responsible for protecting. Such an unusual, yet necessary discussion to have in this day and time, when at an event with thousands of people. 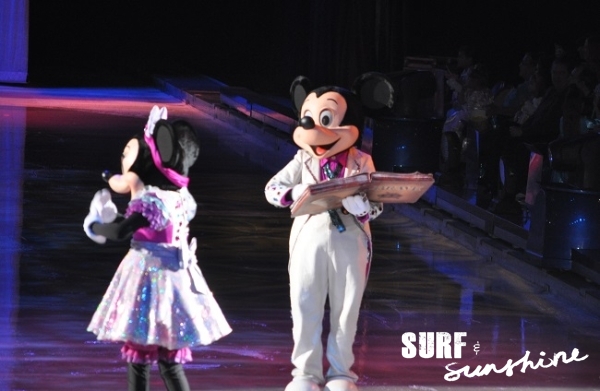 But as the lights dimmed, and the skaters took the ice, we tried to focus on our kids and the looks of amazement on their faces. Clutching his stuffed Mickey Mouse, HP never took his eyes off the ice as he yelled “Mommy, its Mickey,” “look Donald and Goofy, Mommy,” as his favorite Mickey Mouse Clubhouse characters skated with ease. Snuggled up next to me, my daughter was visibly unhappy as she asked “but Mommy where are the Princesses?” 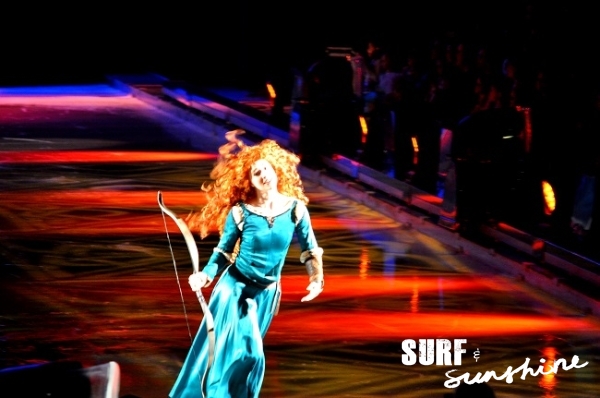 Once Ariel appeared, she became focused on the show, as the music played and the skaters performed tricks they made look effortless. Enchanted by the show, my thoughts drifted to a future Disney World vacation, and watching as they experience the magic of the Magic Kingdom for the very first time. I laughed as HP became disappointed when Mickey wasn’t on the ice, and MC wanted to know where Merida went after the “Brave” segment. 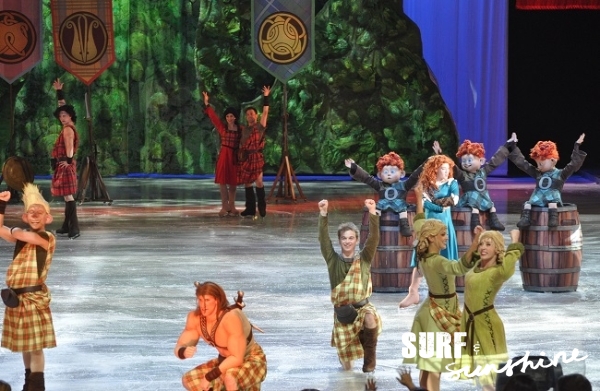 My favorite part if the Disney on Ice show was the “Brave” portion with the Scottish music and detailed costumes. They did a great job of bringing the characters to life, even the Merida’s brothers the “wee devils”. The skater that played Merida, is an incredibly talented skater, and seemed to love waving to the crowd, and the kids loved waving back.

We were provided with four tickets to see Disney on Ice by Feld Entertainment to facilitate this post. All opinions remain my own.