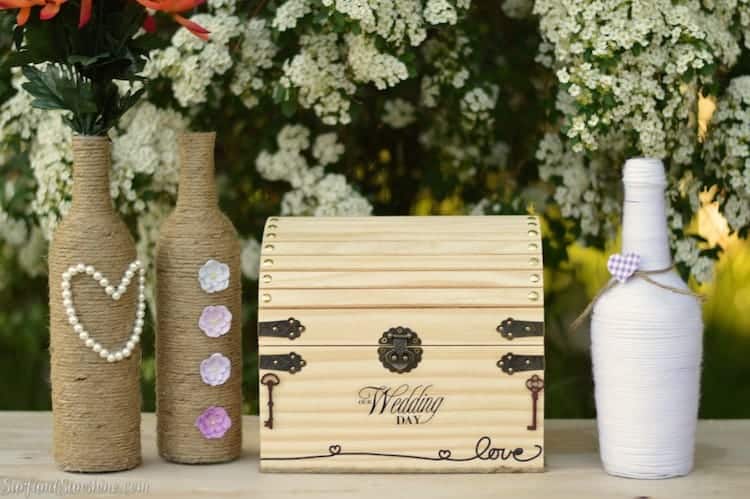 This last month before my sister-in-laws wedding has been a whirl wind. Her bridal shower is in just two weeks and her wedding only two weeks after that. I’ve just about completed my last DIY Wine Bottle Centerpiece and in the mean time I’ve been working on some shadow box displays and a lovely card box. As we divied up the DIY projects I specifically requested the card box. I wanted to make a cardbox that would be something more, a gorgeous keepsake to hold wedding day momentos like her garter, unity candles and guest book. I had previously seen a gorgeous little Keepsake Trunk at JoAnn Fabrics and Crafts for $39.95 ($23.95 after 40% JoAnn Coupon) that had my creative juices flowing. It was a little plain but I knew it had potential.

As a young couple just starting out in their first apartment I knew that they didn’t really have a sense of style yet so I didn’t want to do a lot color wise to the exterior. I wanted this piece to remain timeless and able to withstand style changes over the years. I opted to leave the color as is since it was clean and bright. The wedding theme has a rustic influence and having already created Rope Vases I kept that in mind as I crafted. 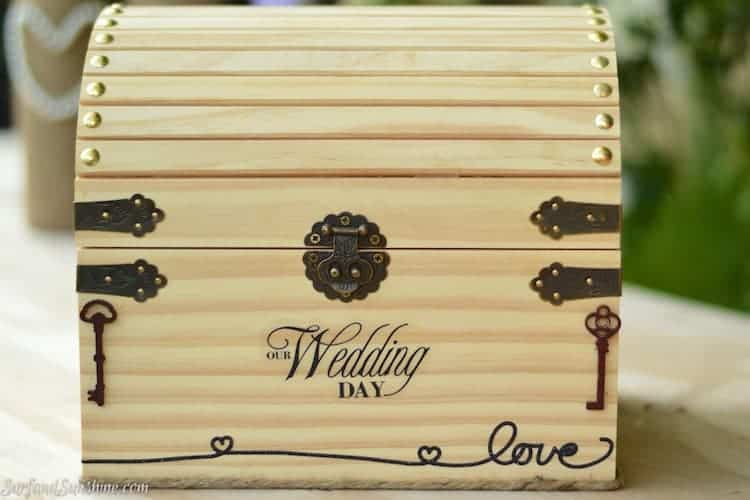 I used mainly of Glitz Design stickers, including the Vinyl & Glitter ‘Love’ that ended up being my favorite peice and served as the focal point for the rest of the project. I then added the “Our Wedding Day” sticker and finished up with the keys. But it didn’t quite look finished yet. I played around with the addition of pearls and monograms until I ultimately made my way back to the twine, adding it around the base. 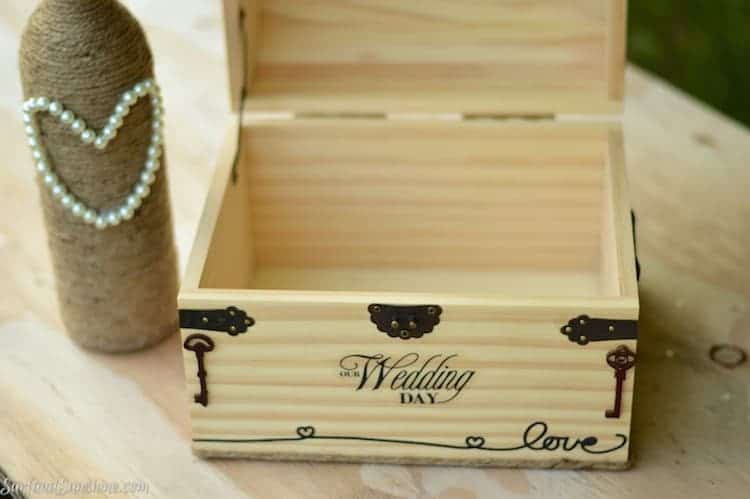 There are two ways to use this card box. You can either leave it open or use a saw to create a gap between two of the planks on top. I chose to leave the box open so that it can be used as keepsake later.

Tip: For Larger Wedding use the Large Keepsake Trunk as the Medium one I purchased would not be big enough.