Muppets Most Wanted picks up right where The Muppets movie ended. The filmmakers make reference to it with a wink and a nod, by having the Muppets sing a song called “We’re Doing a Sequel.” Kermit and friends meet-up with tour manager Dominic Badguy (pronounced “Bad-gee” since he’s French) who instantly books them on a world tour starting in Europe. The gang crisscrosses the globe from Berlin to London, with other international stops in between. What the Muppets don’t realize is that Dominic, played by Ricky Gervais, is not who he seems. Enter Constantine, Kermit’s doppelgänger (except for the mole above his lip) who is the World’s Number One Criminal. Dominic aspires to be a great criminal, but is constantly one-upped by Constantine. A fact made obvious when they perform a toe-tapping duet where Constantine sings about being Number One while Dominic is Number Two.

The dastardly duo hatch a plan to kidnap Kermit and swap him out for Constantine. Once Constantine has infiltrated the Muppets, a series of break-ins occur along the European tour route, where the ultimate goal is to steal the Crown Jewels.

In true Muppet style, puns are aplenty in this movie! There is one visual gag involving Sam Eagle and Ty Burrell as they compare police badges that will have your kids giggling throughout the scene. As always, the Muppets are able to pull in a ton of celebrities to be in the film. I’m not sure how many kids would recognize Stanley Tucci, Ray Liota or the Earl of Granthom from Downtown Abbey – although I appreciated seeing Hugh Bonneville out of his royal getup and dressed as a commoner. Danny Trejo is part of a prison gang in the Russian gulag that Kermit is thrown in after being mistaken for the infamous Constantine. I certainly found it a little surreal to see Danny Trejo perform a musical number with Tina Fey (who plays Nadya, a Russian prison guard).

The film is filled with cameos from the music world that are very recognizable, from Usher to P. Diddy, Josh Groban and Celine Dion. There is a great duet performed by Celine and Miss Piggy that cannot be missed. Speaking of Miss Piggy, she’s finally convinced Kermit to take the plunge and get married. Or has she?? You’ll just have to see the movie to find out if they actually tie the knot! The filmmakers aimed for the movie to appeal to everyone – grownups and kids alike. There are a lot of jokes and references that are apt to go over the heads of little ones. At times I missed the sweet sentimental feeling of the last movie; however, I still found this sequel to be entertaining.

Thank you Disney for the use of these photos and for inviting me to this press event. All opinions are my own. 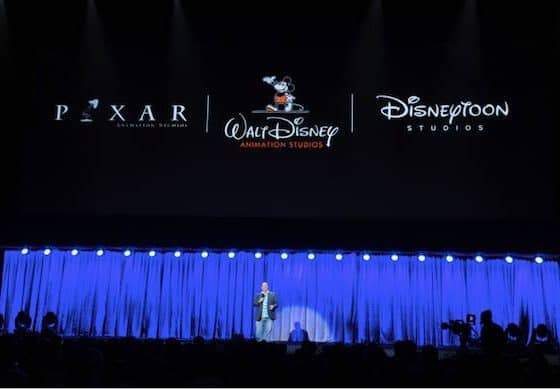