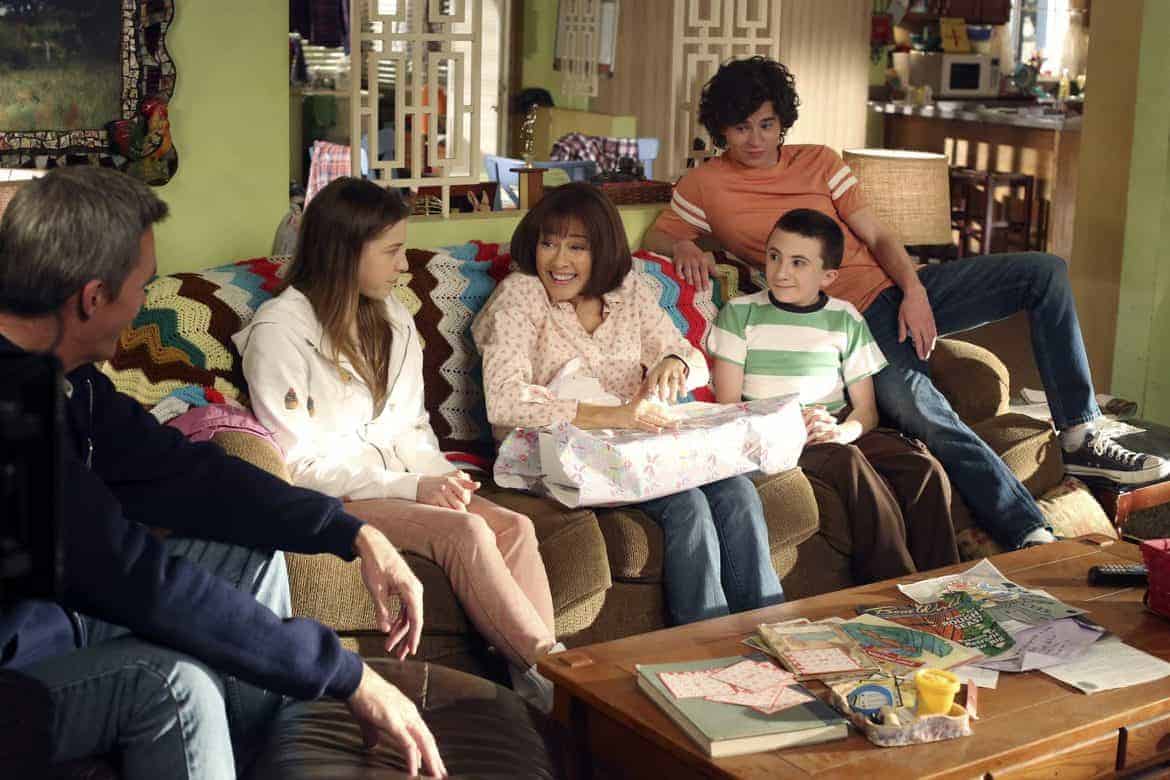 Have you ever noticed that every family home looks spotless on TV? It doesn’t take a brain surgeon or a rocket scientist to know that most family homes in America are a hodge-podge of decor, discarded mail, dirty kids’ socks, scattered board game pieces, and broken DVD cases. The Middle on ABC has been serving up family realness for five seasons. When you watch an episode, you’ll notice the family home plays a character on the show with outdated decor and warm colors. I was invited onto the set of The Middle to take a look at the Heck household in all its messy glory. 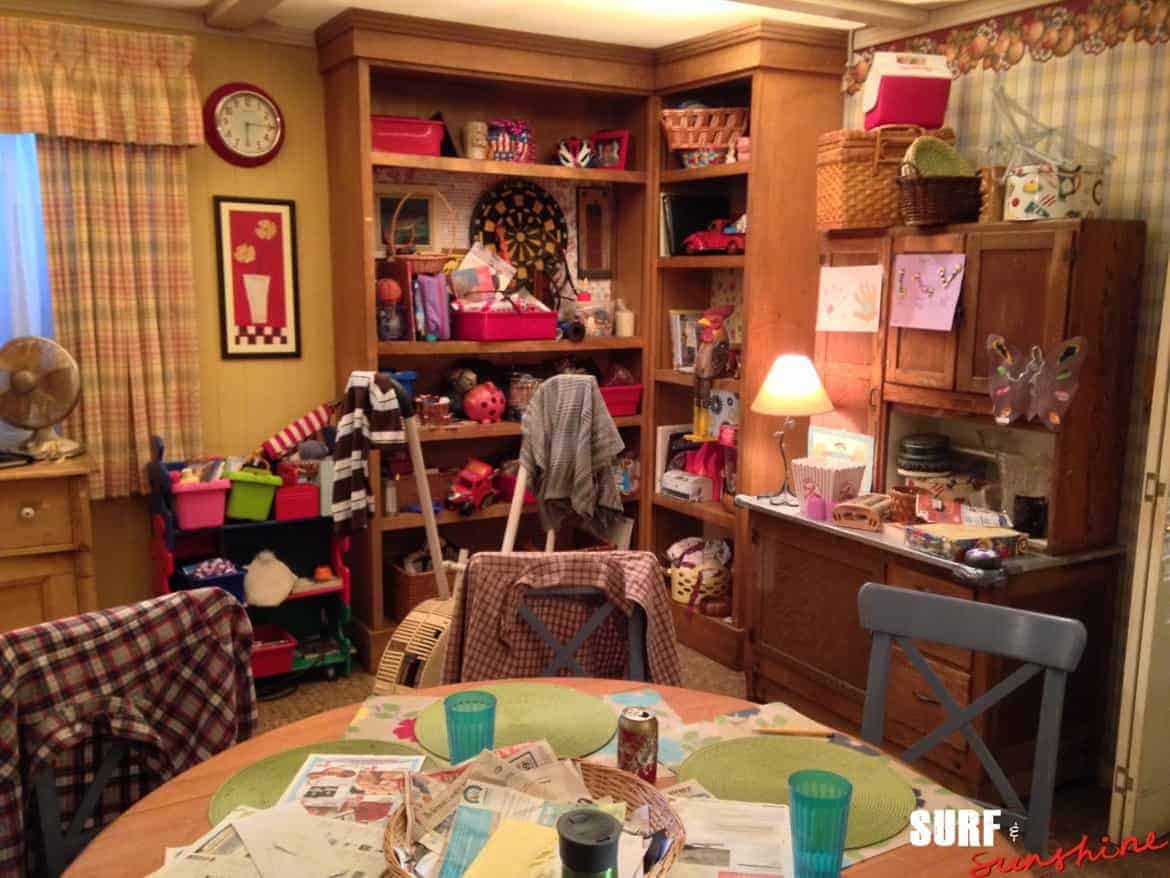 Walking onto the set feels less like you’re on a sound stage in Burbank, and more like you’ve just remembered your aunt is coming to town and you need to clean up all the kids’ stuff before she arrives, because you asked them four times to pick up the living room, and they each bickered that they shouldn’t clean up their brother’s stuff, or they need to keep it out for a project, and all you really want is to put your feet up, but you’ve stepped on a Hot Wheels and you can see your aunt’s car pulling up in the driveway. The organic nature of the set design and dressing puts the hectic in Heck, and every prop is positioned as though a family of five has been raised between the mustard colored walls. 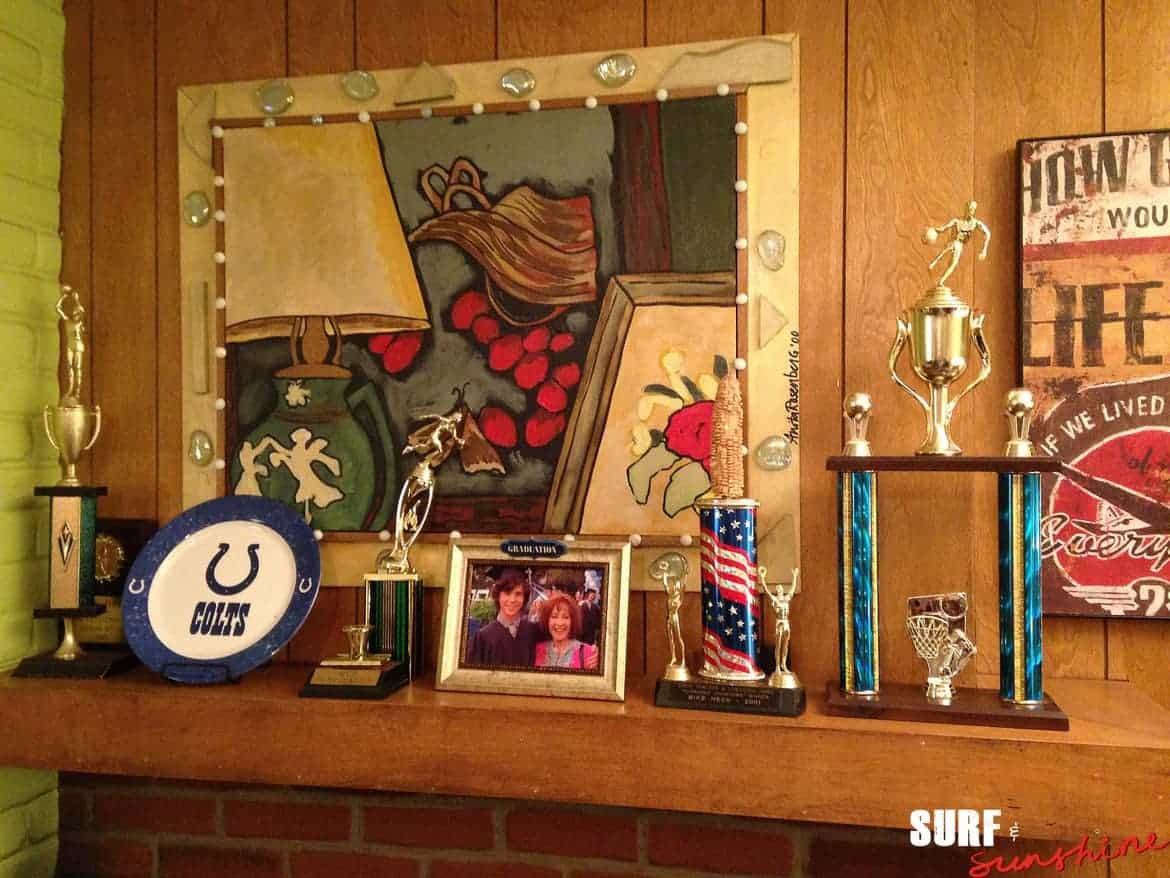 Half-read JCPenney weekly ads, shoes, empty soda cans, and broken plastic are scattered about the home, but each piece is deliberately placed. Dozens of stains are around the carpet and upholstered furniture, but the room smells fresher than a forrest. Every mess is staged, and the rugs are all quite clean upon further inspection. 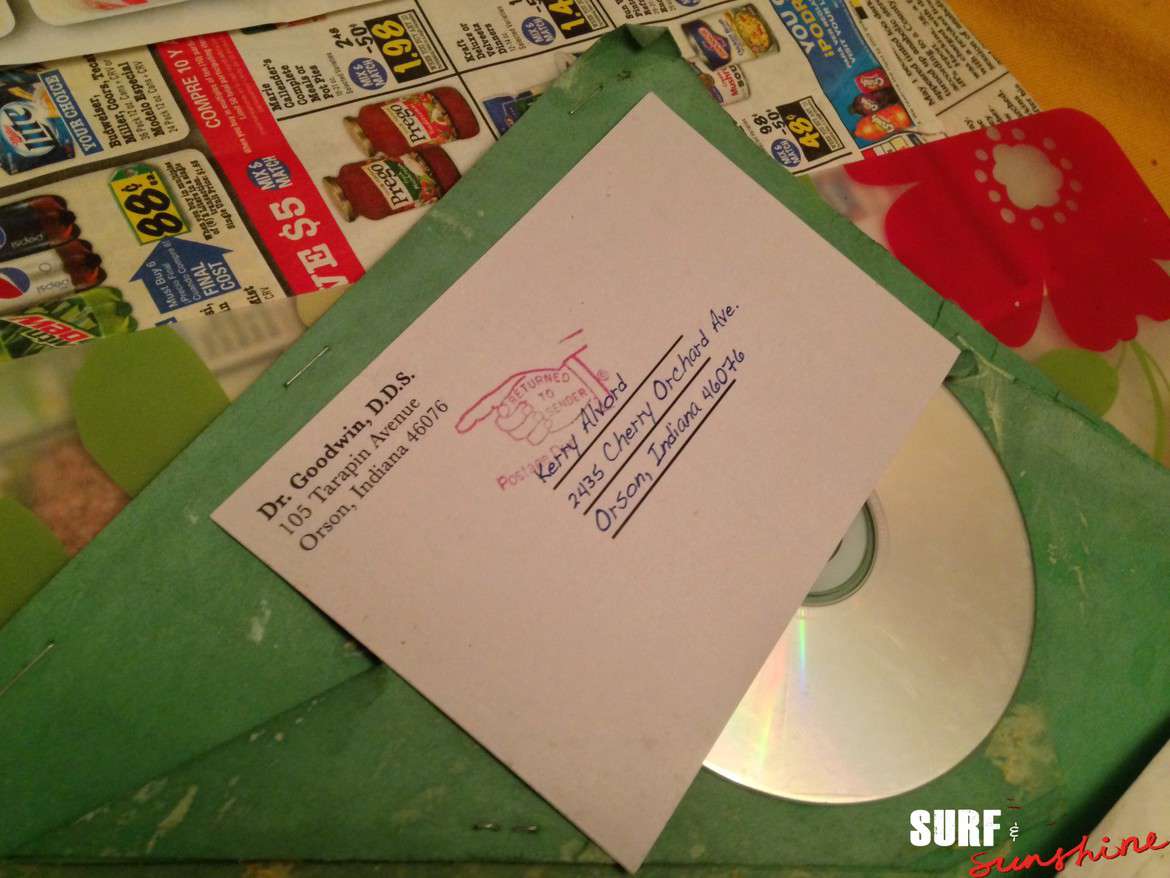 Every piece of mail on set must be true to the family’s fiction address in Orson, Indiana. I was extremely impressed to even find a postcard that was mailed to the wrong address, and stamped to be returned into the mailbox. 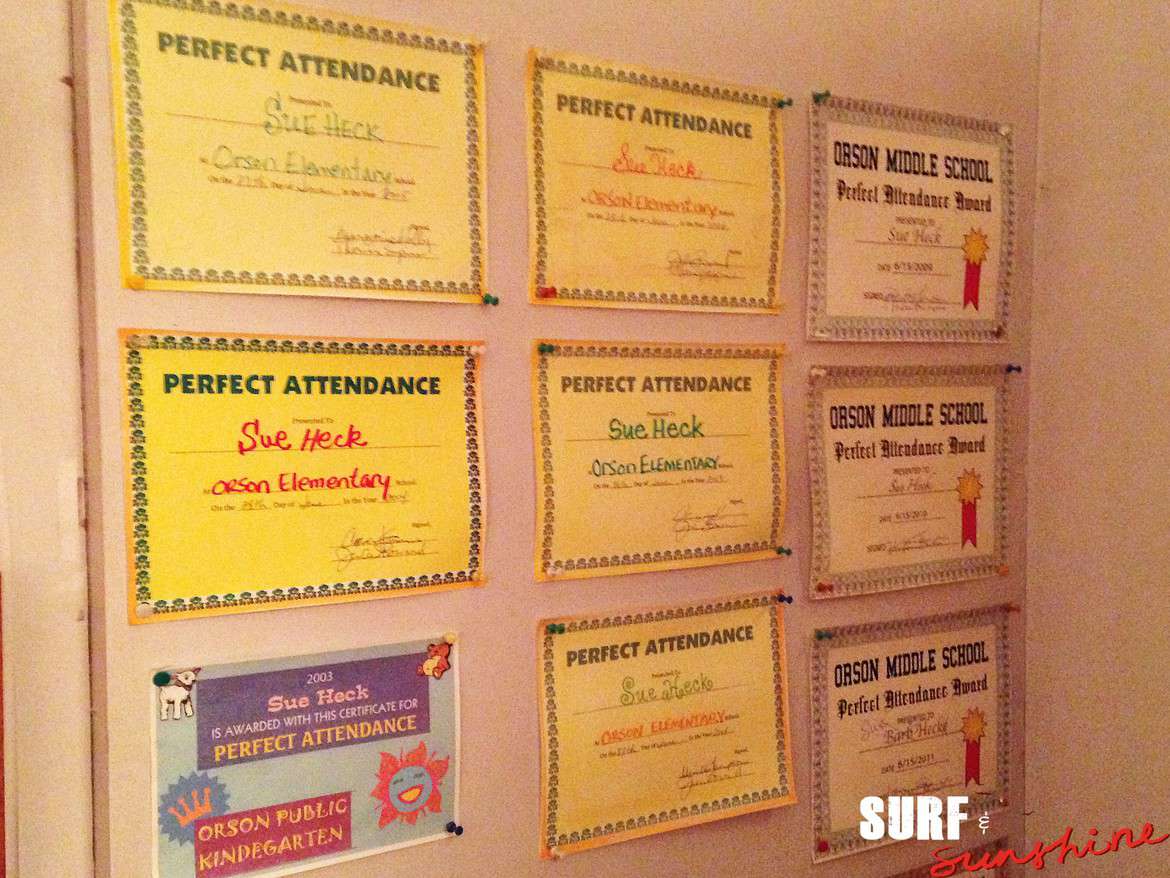 Behind daughter Sue Heck’s (Eden Sher) bedroom door, her consecutive attendance awards are tacked to the wall. You’ll never see these awards in an ordinary scene, but every part of the kids’ bedrooms is so well thought out that you may forget this house stands empty each night as the actors remove their Heck attire and return home. 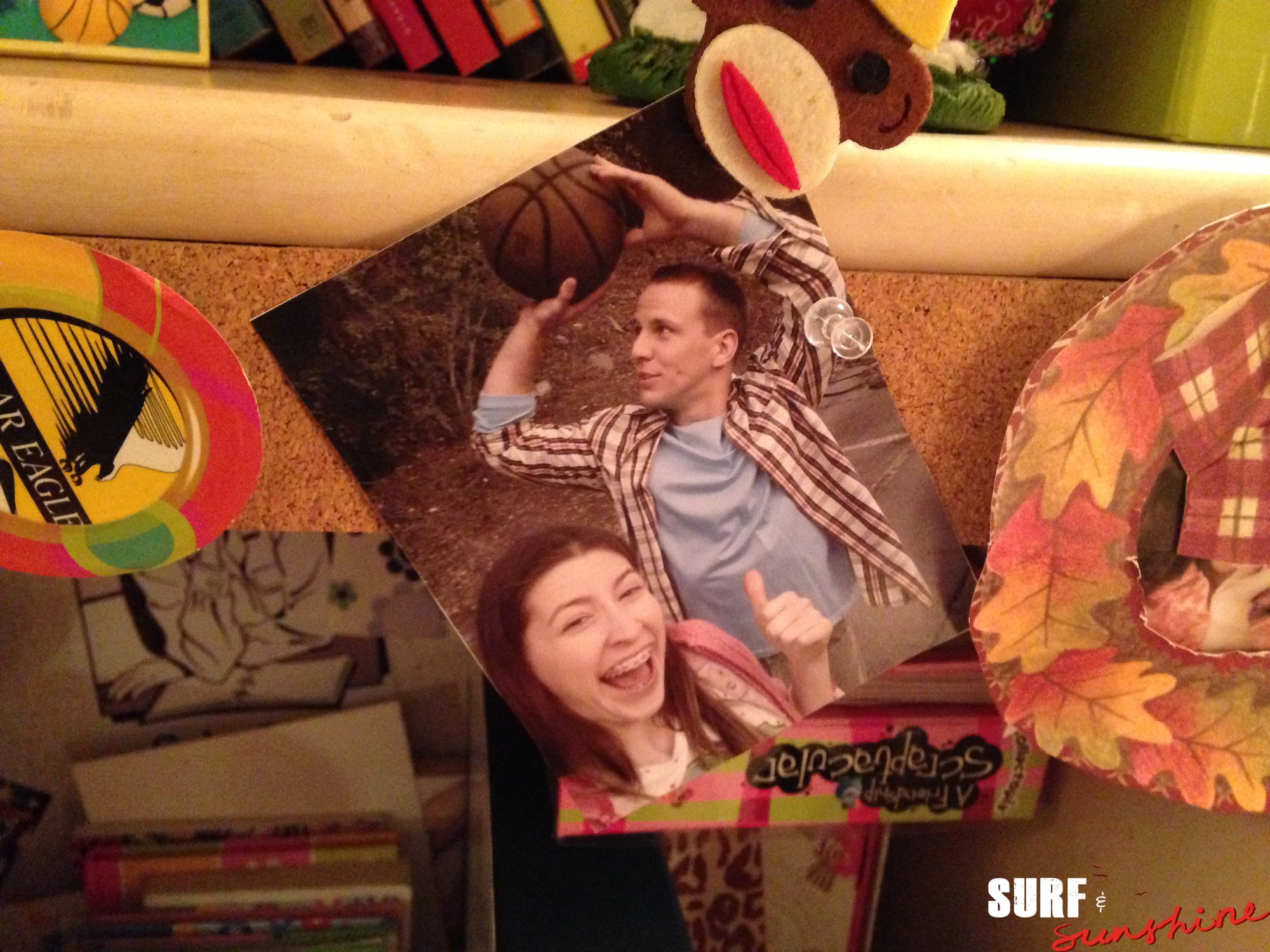 Among Sue’s more highly seen walls are cork boards and collages galore. Each board looks like Sue spent hours after school ripping though Seventeen and Teen Vogue looking for kitchy and colorful photos and words to cut out and decorate her room with. My favorite photo hangs over Sue’s desk of her and her brother’s best friend, Darrin (John Gammon). In tonight’s episode of The Middle, Sue ends up with too many dates to prom, including Darrin, and has to decide what’s polite versus what her heart desires. 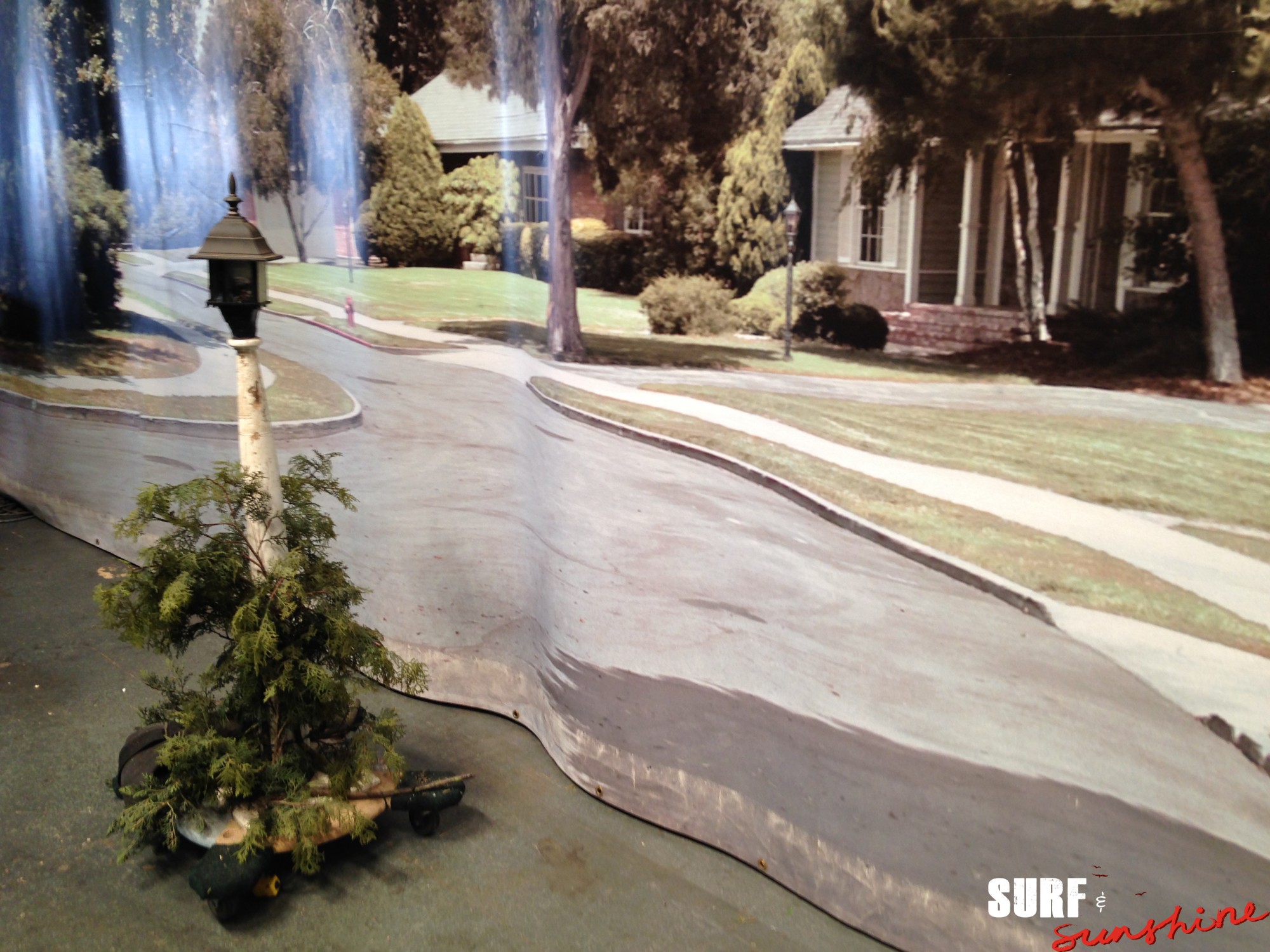 As I left the Heck’s, I realized something trivial about being on a sound stage: there are no neighbors, streets, driveways, or even yards. The view you see of outside from the home’s windows is actually a large vinyl photograph that drapes around the set. It’s the only part of the set that pops the authenticity bubble, because I have never seen a set so well dressed to reflect a family of characters.

ABC hosted me at an event. All opinions are 100% mine. Photo: ABC/Michael Ansell

5 thoughts on “Finally, a Realistic Family Home on The Middle”