Loosely based on the Hans Christian Anderson’s fairytale “The Snow Queen”, Disney departed from the typical boy-meets-girl romance and based this princess movie on the love between two sisters (both strong female leads for girls to look up to). Elsa, voiced by India Menzel, is born with a special gift but is directed to hide it from her younger sister, Anna (Kirsten Bell), out of fear of causing her harm. When Elsa’s power is revealed to their kingdom of Arendelle, in running away she accidentally brings eternal winter to her home. Only Anna, armed with the belief that love is greater than fear, can find her sister and bring summer back to Arendelle.

“Do you want to build a snowman? It doesn’t have to be a snowman…”

Not only did I instantly fall in love with this story and it’s characters, but the music moved me. I rarely remember songs I’ve heard only once and I’ve been singing several from the movie for days now. With the husband-wife writing team of Robert Lopez and Kristen Anderson-Lopez (The Book of Mormon and Avenue Q), I can see these musical numbers becoming instant Disney classics. And if you weren’t already a huge fan of Demi Lovato’s “Let it Go”, when you see and hear Menzel’s solo of the same – the moment Elsa casts off her old life and becomes who she was always meant to be – I guarantee it will give you chills and leave you feeling empowered. 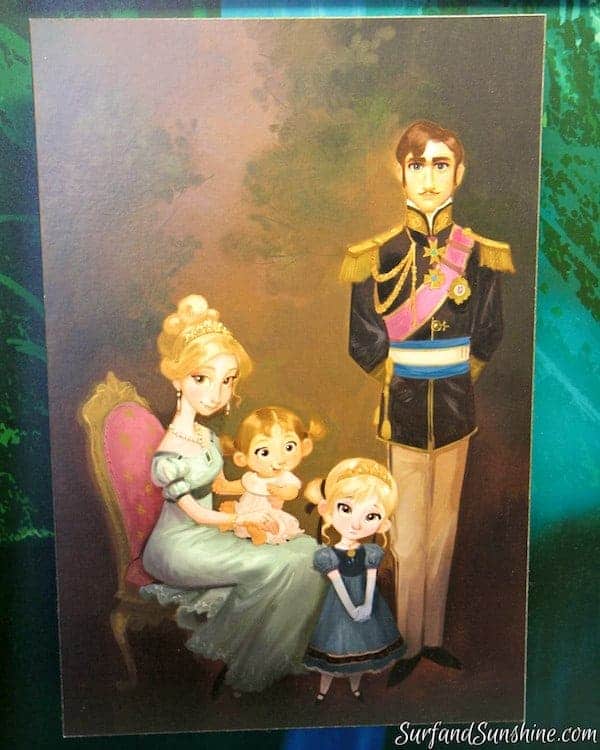 The depth and attention to detail in this film is immense, to go with an equally epic story. From each character’s unique and authentic rosemaling embroidery on their costumes to a snowflake generator that produced thousands upon thousands of individually different snowflake shapes, in typical Disney fashion, there was no detail left out. Even the setting, a castle nestled in a fjord surrounded by massive mountain ranges, demonstrates on what scale the creators were thinking.

A film that is truly for all ages, Disney Frozen has the capacity to make you laugh, cry, and be in complete awe while taking you on an epic journey where, hopefully in the end, love conquers all fear.

Get tickets to Frozen from Fandango

Thank you Disney for the use of photos from Frozen and for hosting me at the #DisneyFrozenEvent. All opinions are 100% mine.