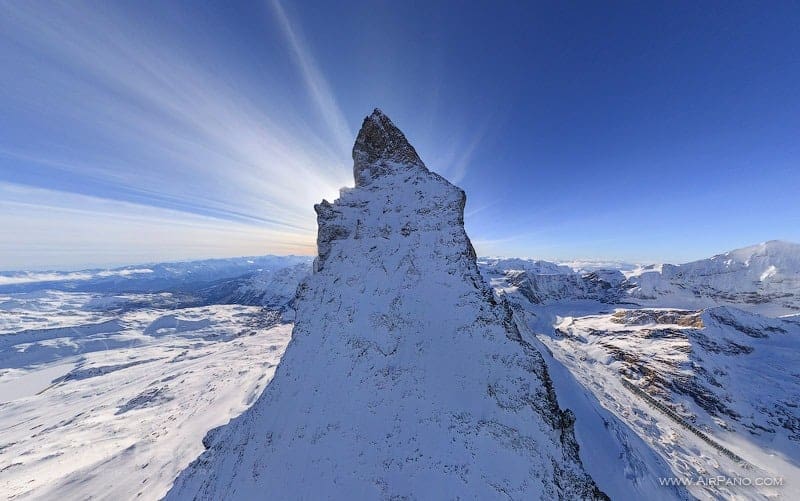 Do you have a secret passion that you have always wanted to pursue but never found the time or money or confidence? For me, it has always been rock climbing. There has always been something alluring about the death defying adrenaline rush of hugging a rocky cliffside. Inching your way up a mountainside with the constant threat of falling as you use pick axe to drag yourself to the summit. Then, to stand on top of that mountain and see the world below, to stand where few people have ever stood, it must be empowering and inspiring to feel that kind of strength.

Sadly, I have found plenty excuses to avoid pursuing this hobby I so secretly desire to conquer. I did join the rock Climbing Club in college, albeit briefly, before I found other “entertaining” hobbies to distract myself. I regret that I didn’t take advantage of the opportunity. Yet, from time to time, I find the ambition to research rock climbing, where to train, and the legendary mountains I would like to take on one day. I always come back to the Swiss Alps, particularly the Matterhorn. It is the tenth highest mountain in Switzerland and sits on the country’s border adjacent to Italy. This mountain points skyward like a massive, natural pyramid looming and enticing climbers with a nearly impossible challenge. Since 1865, there have been over 500 deaths as brave souls have attempted to conquer this stationary temptress.

This July 14th marks the 149th anniversary of the first ascent of this majestic mountain. Seven climbers took on the mountain via the Hornli Ridge (the most common route), but only three survived after one of the climbers slipped and pulled three of the men down causing all four to fall to their death. The leader of the group Edward Whymper wrote about the experience in his book Scrambles Among the Alps.

The Alps continue to inspire me not only to climb but to explore this incredible world. Switzerland has over 48 mountains over 13,000 feet or higher and about 1,800 glaciers. Those mountains are testament to time having formed millions of years ago when the African and European tectonic plates collided. There they have sat as the world moved around them. Hannibal famously crossed the Alps with his troops to attack northern Italy, losing many of his men in the snowy peaks. It is amazing to think about how much the world can change and yet those mountains remain the same today attracting people with their mystery, danger, and beauty.

Even though the Alps have not changed, Switzerland has become a major destination area. I often wonder if I will ever come remotely close to climbing a mountain, but if I don’t, I can in fact tour the beauty of the Alps without having to worry about falling to my death. In my research of the Alps, I have found a country rich with history. It has managed to marry the beauty of its natural settings and the amenities of the modern world.

One of the most incredible attractions in Switzerland is the railroad that cuts right through mountains and offers visitors the chance to view the Alps and travel across Switzerland with ease. The Rhaetian Railway’s Albula Line was built in 1898 and stretches 38 miles from St. Moritz to the Village of Thusis slicing through the mountains with 39 tunnels and 55 bridges. Swiss genius engineering designed the tunnels in a helical shape which forces the train to twist through mountainous tunnels slowly raising its elevation by making a loop with a gentle gradient. It was designed this way in order to allow the steam engine to climb with ease. The construction of the railway line was grueling and 16 men died during the building of the Albula Pass and delays forced the construction company into bankruptcy. Today, the Albula line is proof of the engineering brilliance and has been designated a World heritage Site. 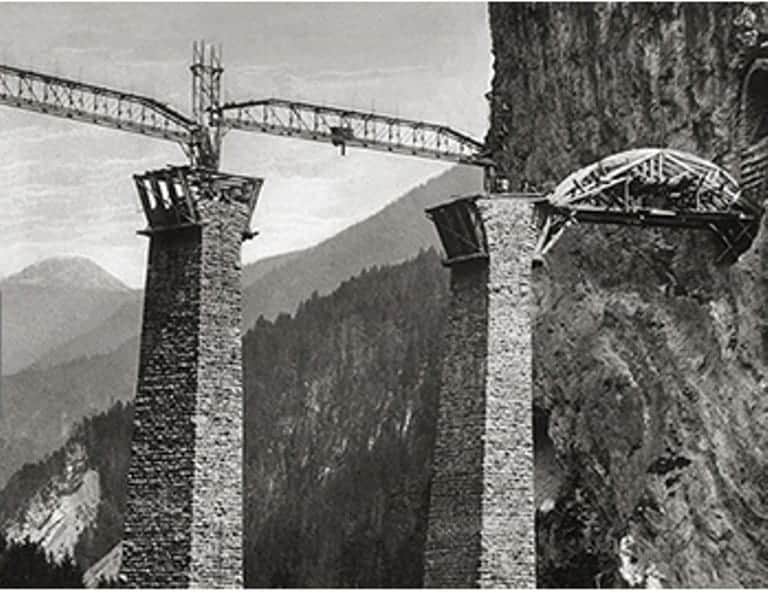 You can travel this spectacular railway on the Glacier Express. A journey of 7½ hours will transport you from St Moritz to Zermatt gliding through valleys and the mountains. It zips through 91 tunnels and over 291 bridges exposing riders to the heart of the Alps. The breathtaking views atop the dizzying heights make the picturesque landscape seem like a painting so perfect and untouched, it doesn’t seem real. The Glacier Express has uncountable sights to experience without having to hike and climb mountainside.

The exquisite St. Mortiz began to grow after the rising popularity of the Badrutt’s Hotel and the mineral baths that Pope Leo X enjoyed so much he offered absolution to all Christians who visited them. Today, St. Mortiz is an extravagant destination full of high end shopping such a Chanel and Gucci. It is also a worldwide attraction for competitive winter sports having hosted the Winter Olympics in 1928 and 1948. It prides itself on “322 days of sunshine” to showcase the surrounding splendor.

One of the many stops along the railway is the city of Chur. It is the oldest city in Switzerland having been settled by Celts over 3,000 years ago, but today it is a busy urban city full of life and modern conveniences. There are historic trade routes leading to Italy and northern Europe, and it has been speculated that one of Chur’s routes was used by Hannibal 2,200 years ago in the Punic Wars.

Passing through the Rhine Gorge, a slate rockslide about 10,000 years ago sent 3 million cubic meters of rock into the valley and created a “grand canyon” of sorts. It was the largest rockslide in the history of the Alps and the Glacier Express slides through the area that is otherwise only accessible by hiking, biking, or rafting. Untouched wilderness and exotic plant species add ambiance to the wonder of the environment that you have never before seen. 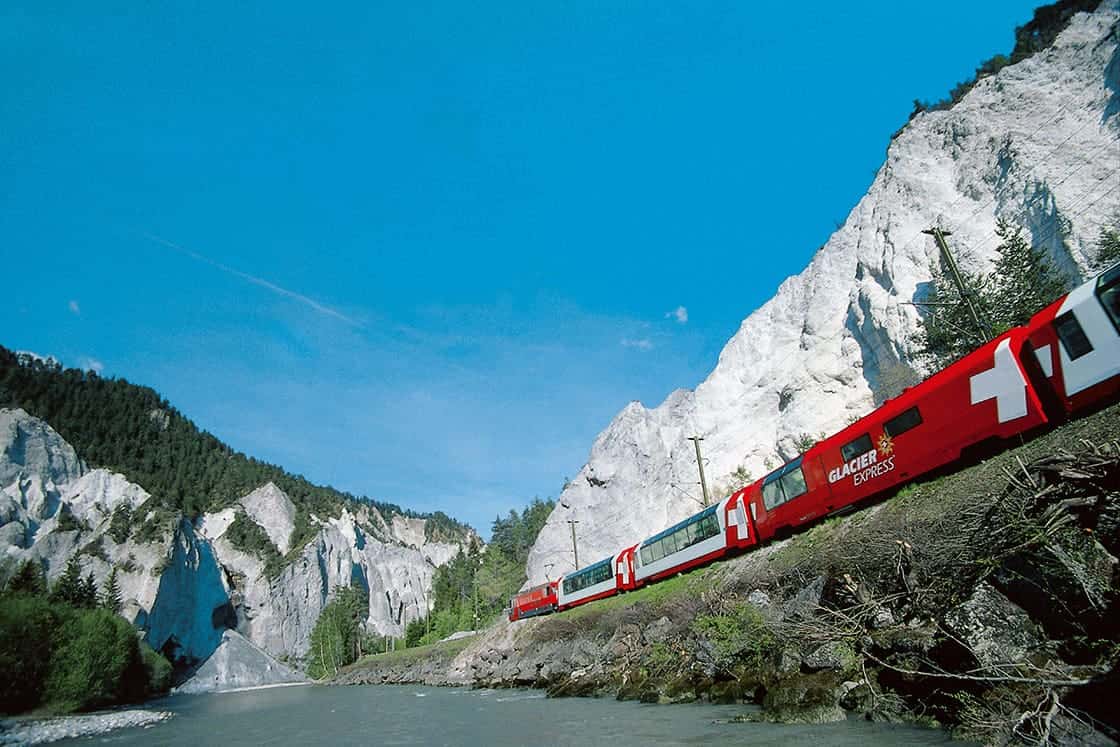 Climbing to Oberlap Pass, you will transfer from the Rhaetian Railway to the Matterhorn Gottard Bahn. The location of this transfer is one of historical significance since the Middle Ages and is full of political importance. Yet its isolation has also allowed the area to maintain a sense of heritage. There is even a Benedictine Monastery that was started in the 8th century. Passing through the transition, the Oberlap Pass forces the express to climb 1,000 meters then immediately drop 2,000 feet. 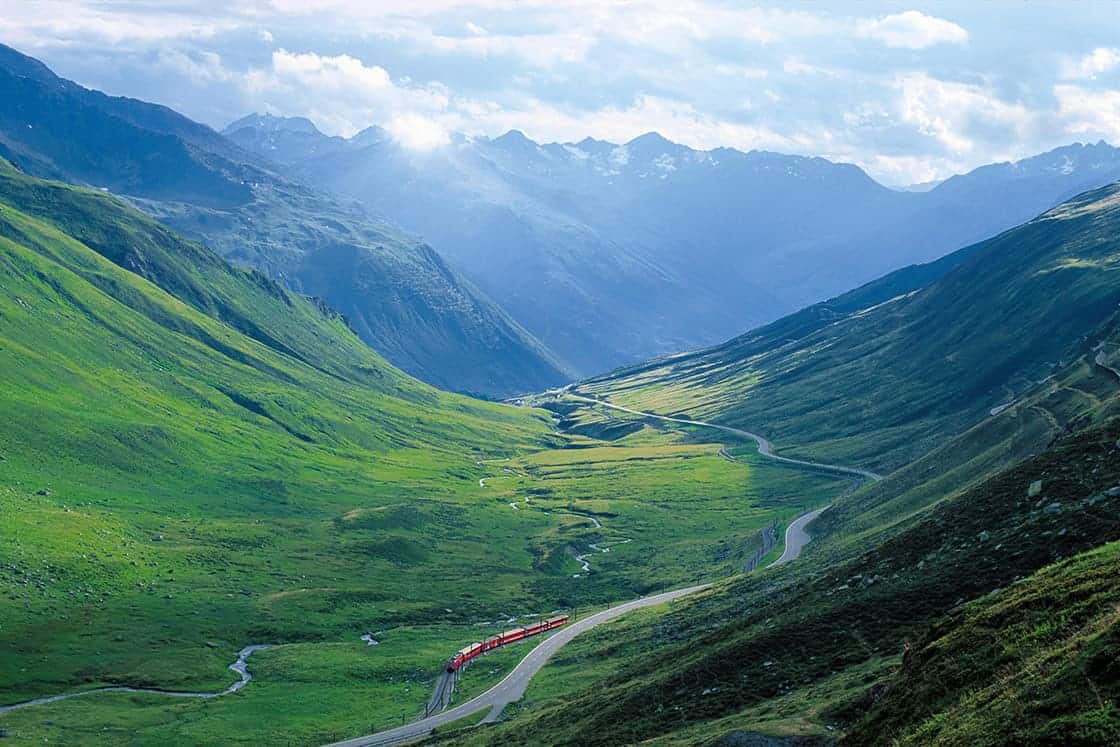 The Glacier Express travels on through Andermatt which is said to have habitation since 4,000BC and is now a military location. Moving on towards the Furka Pass, the express must avoid this pass in the winter months as to avoid avalanche. In 1972, the Furka tunnel was built in order to allow safe passage year round. Ten years and 300 million Swiss Francs later the 9.5 mile tunnel was complete.

At the end of the journey, there it sits in the city of Zermatt – The Matterhorn. I have imagined countless times what it would be like to climb that mountain (despite the fact that I have about 2 hours of climbing experience). To defy death and reach that summit would be an accomplishment that I can’t truly comprehend unless I was standing atop that enormous trial of courage and strength. 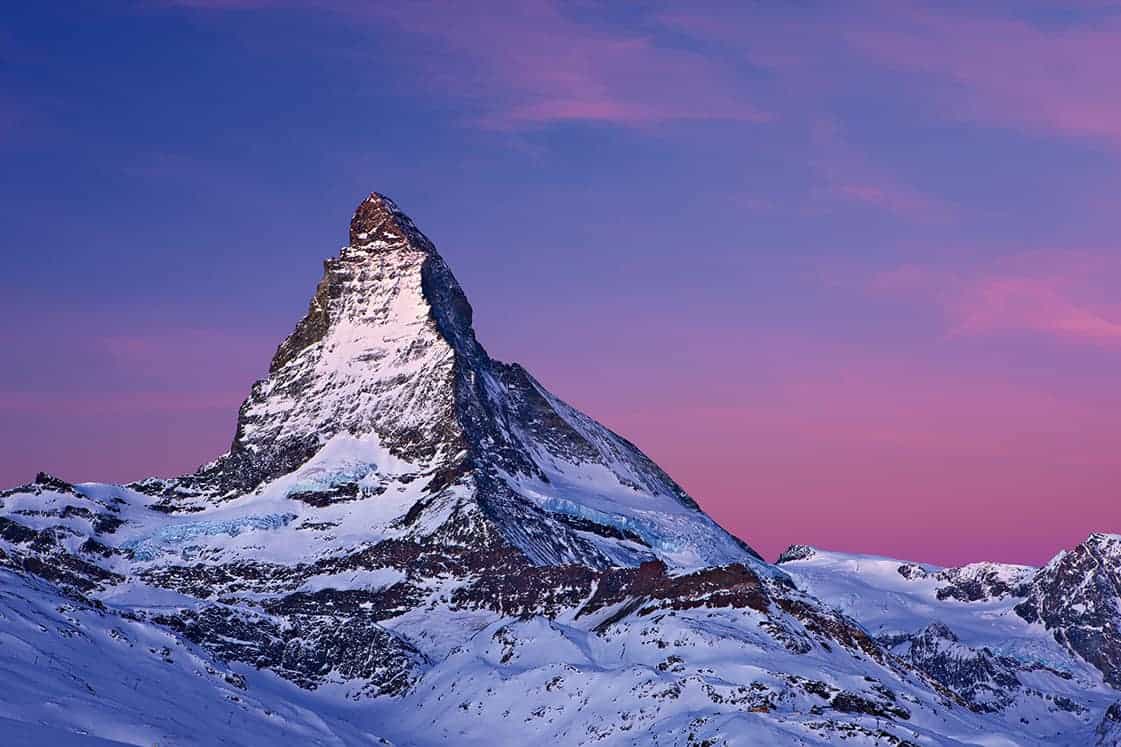 In order to keep this dream from fading, I try to find the encouragement to inspire some sense of determination. I will hold my fantasies of climbing the Matterhorn in hopes that I can propel myself towards it one day. Maybe I can ride the Glacier Express through the Alps and meet my challenge at the end of the journey.

Even if I am never experienced enough to climb the toughest Mountain in Switzerland, I want to see those Alps. I want to move through the ancient landscape and let my gaze rest upon the mountains that have existed for millions of years and will continue to go on existing long after I have gone, forever challenging people to attempt that magical summit. It is our wildest hopes and dreams that keep us fearless and hungry for life. Sites like these are reminders of how small we are in this huge world. It is a lesson about the fraction of time we truly have on this planet and how we must seize it at every opportunity.

Disclaimer: This was written by me on behalf of Glacier Express, but all opinions, wants and desires remain my own!