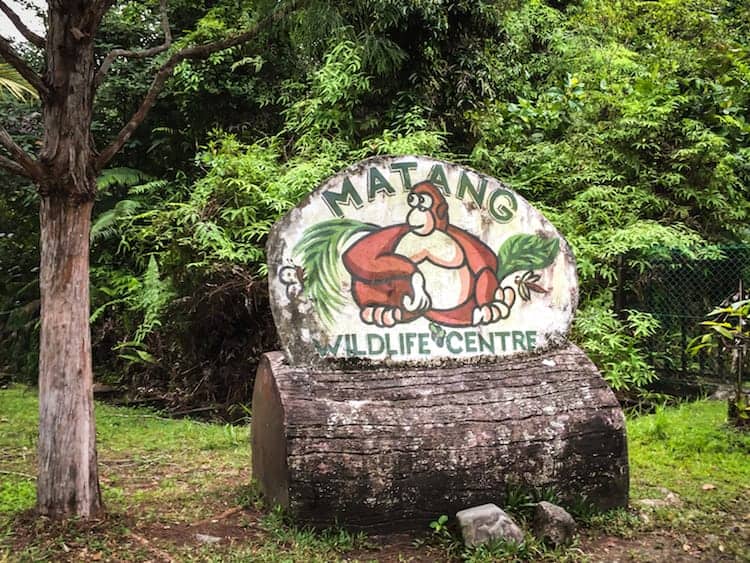 The day our travel group had been anxiously awaiting had finally arrived. As our bus entered the Matang Wildlife Centre, we practically vibrated with excitement. Today we would be volunteer participants of the Heart2Heart Program, a one day program that allows participants to help in the Orangutan conservation effort.

The word ‘orangutan’ actually derives from two Malay words: ‘orang’ which means ‘people’ and ‘hutan’ or ‘forest’. Thus, orangutans are the ‘people of the forest’.

Orangutans are exclusive to Asia, and more specifically to Indonesia and Malaysia. They are currently considered to be endangered and can only be found in the rainforests of Borneo and Sumatra. In large part, this is a human created problem with poaching, habitat destruction and illegal captivity among the leading factors in their endangerment. It’s heartbreaking to consider just how negative the human impact has been on the Orangutan population but the work done thru Sarawak Forestry and the Heart2Heart program is nothing short of incredible.

When becoming involved in this program, it’s important to know a few things. The primary objective of the centre is to ensure the responsible release and survival of each Orangutan in it’s care. This means that human contact is kept to a minimum. Secondly, only in rare cases of disability or failure to thrive in the wild, would an Orangutan live at the sanctuary indefinitely.  All of the Orangutans go through a rehabilitation process involving a background investigation and any medical treatment necessary, an age dependent training process and then a gradual release program to assimilate them to the wild. Depending on the age and development of the Orangutan in question, this process could last a few short months to as long as 8 years. 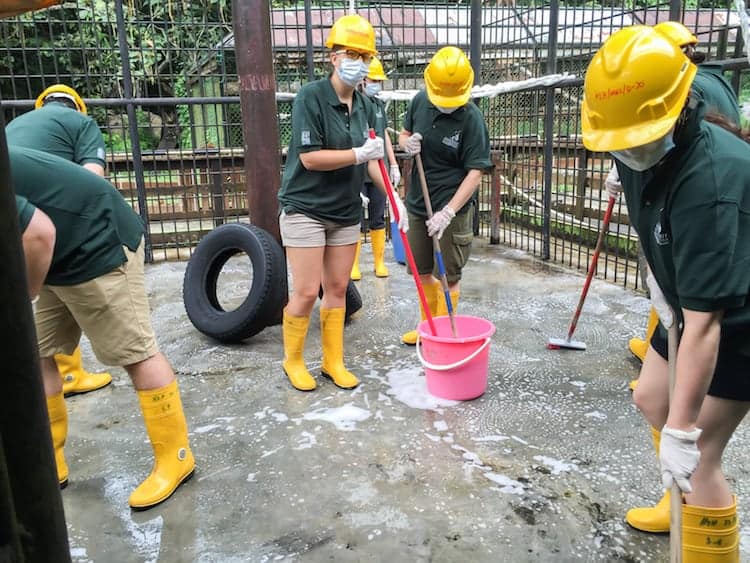 During our visit we were allowed a sneak peak into “a day in the life” of an Orangutan caretaker. It began by cleaning the cage of Peter, a permanent resident of the sanctuary. A thorough scrub and rinse of his cage took the seven of us about 15 minutes to accomplish as a team effort. Afterward we were given buckets of bananas to place about the cage for Peter to seek out. It’s games like this that help Peter maintain a healthy mental state during captivity. 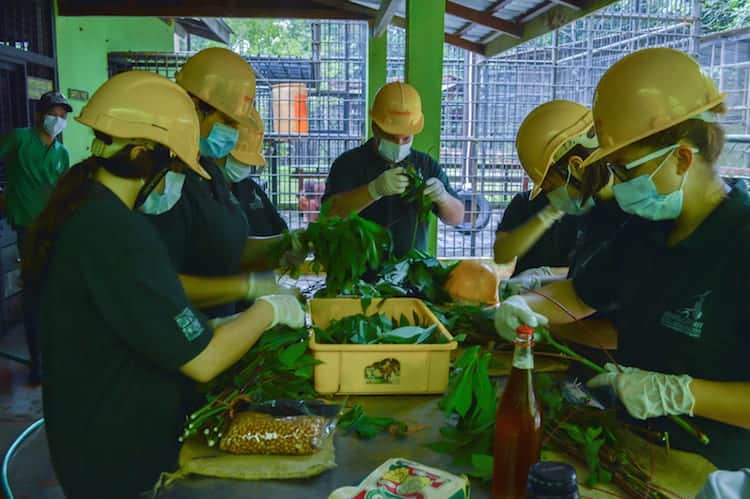 Next, we were tasked with creating daily enrichment bags. After whipping up a healthy salad of tapioca greens, sun flower seeds and honey, we stuffed the snack into hand sewn burlap sacks. The sack was then closed and tied to create an interesting sensory bag. 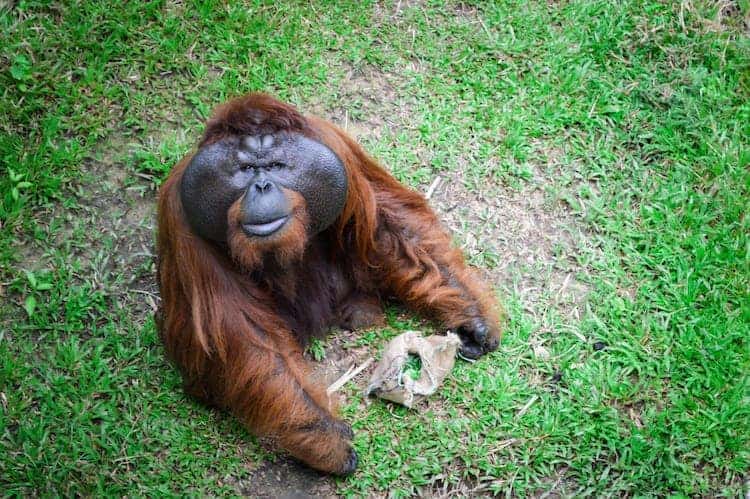 I had the opportunity to deliver my sensory bag to Aman. Witnessing our new friend delve into the enrichment bag was a treat and he offered us cheeky grins and waves in thanks.

Aman has his own story. He was originally named 89’er by his owner but when he was rescued by the centre he was given his new name, which means ‘peace’ in the Malay language. This is quite funny given that it’s in Aman’s nature to create chaos at the centre. One of his most notable incidents include having his thumb bitten off during a brawl for dominance with Ritchie, the existing alpha-male. In May of 2007, Aman again made world news headlines as the first-ever orangutan to undergo cataract operations. 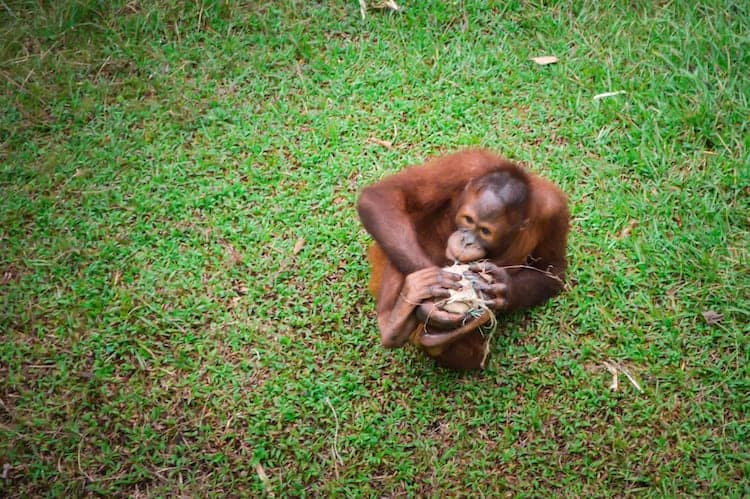 Some came to the sanctuary because they were found abandoned at a young age or injured and left behind. Others came to be here by more dubious circumstances such as owner surrender or confiscation. Regardless of why they came here or when they will leave, each Orangutan is treated with the respect and kindness deserving of all living beings.  The Heart2Heart program works to ensure the survival of this species by raising additional funds for Orangutan conservation and rehabilitation works, extending ownership of the program to other citizens of the world (like you and me) and to disseminate information on Orangutan conservation efforts done in Sarawak. By the end of the day, I had witnessed the impact of all three and without participating in this program, I would have remained clueless to the incredible work that was being done here.

Thank you to the Sarawak Forestry Corporation for making my visit possible. Get more information on the Orangutan Heart to Heart Program.

13 thoughts on “Have a Heart to Heart with an Orangutan”