It’s that time of year for hunting Easter Eggs. Not the ones left by a rabbit. I’m talking about those hidden in computer software or media by programmers as inside jokes or hidden messages. Such is the premise of Steven Spielberg’s newest blockbuster, Ready Player One.

The film is based on Ernest Cline’s bestselling novel from 2011. Set in the dystopian future, people escape their miserable lives to a virtual reality known as the Oasis. The creator of the Oasis died and left a will explaining that he has hidden an Easter Egg in the Oasis. The first person to find the Egg will inherit the creator’s fortune and company. The protagonist, Wade Watts, embarks on a mission to find the hidden keys that will lead him to the Easter Egg and all that it entails. 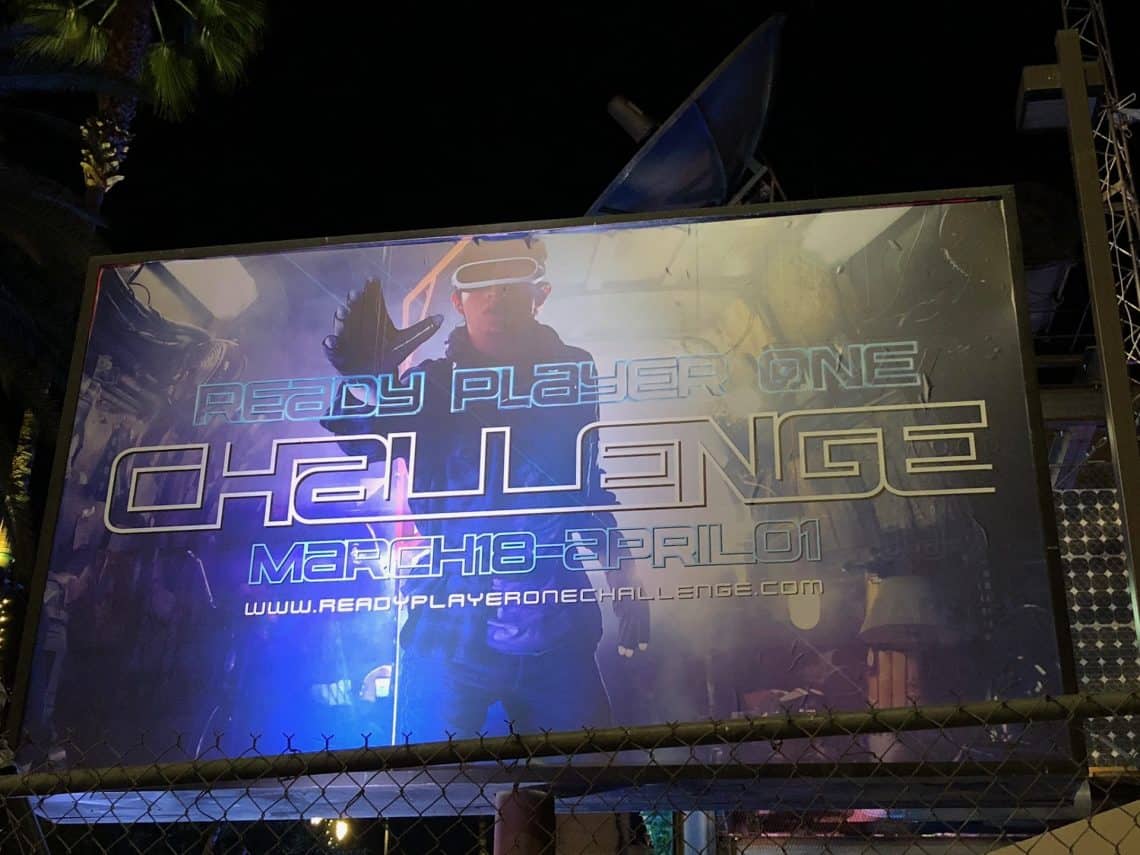 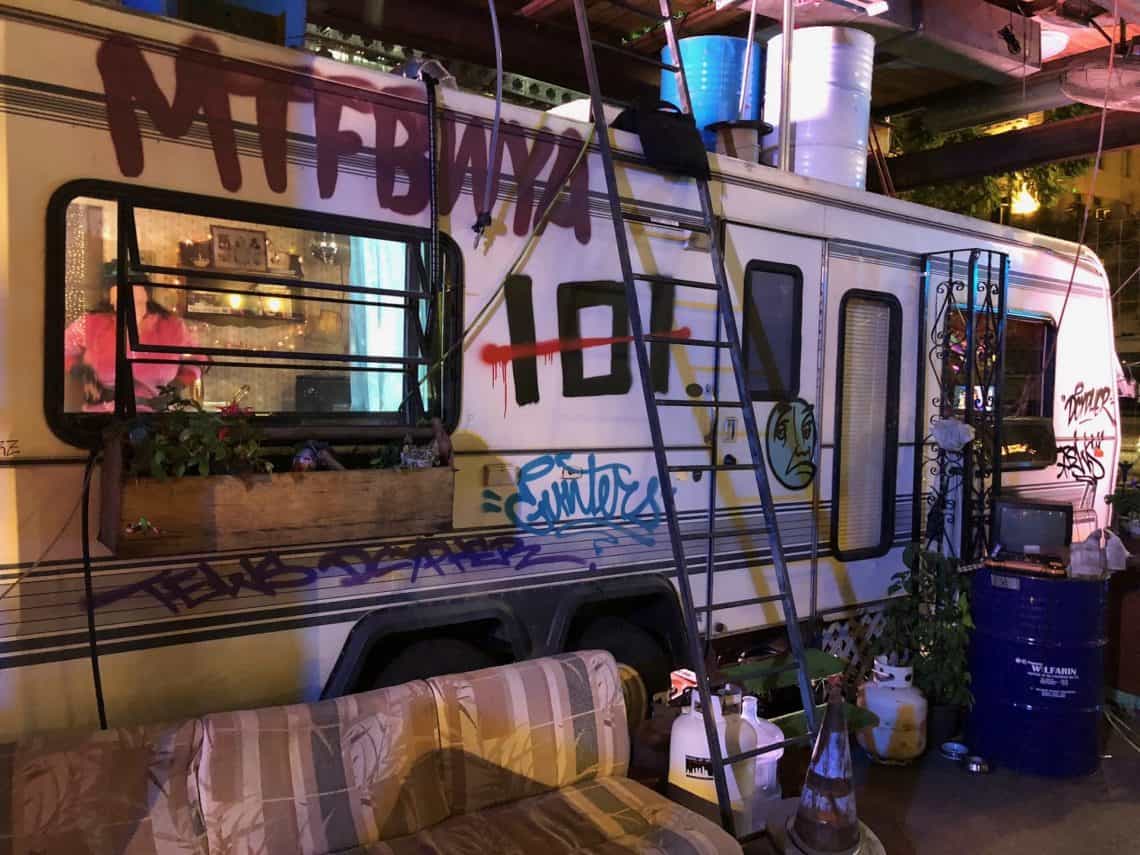 I was fortunate enough to be invited along with a guest to a VIP experience. The night started off with complimentary cocktails at the VIP tent and a quick intro of how the maze works. We then entered the dystopian future of Ready Player One. The rooms in the maze were a flashback to the Eighties and delightfully trashy.

After strolling through a few rooms, we were whisked away to the Oasis where we found ourselves disco dancing with Beetlejuice and Batman. After finding our first key, we were back in the dystopian “real world” which looked just like the basement from my childhood replete with Atari and a rear projection TV. Finding the second key zapped us back into the Oasis where we explored rooms of lasers and lights to find the third and final key bringing us to the creator’s Easter Egg. Exiting the maze took us through a room with tons of cool memorabilia from the movie and a photo op with the DeLorean from Back to the Future. 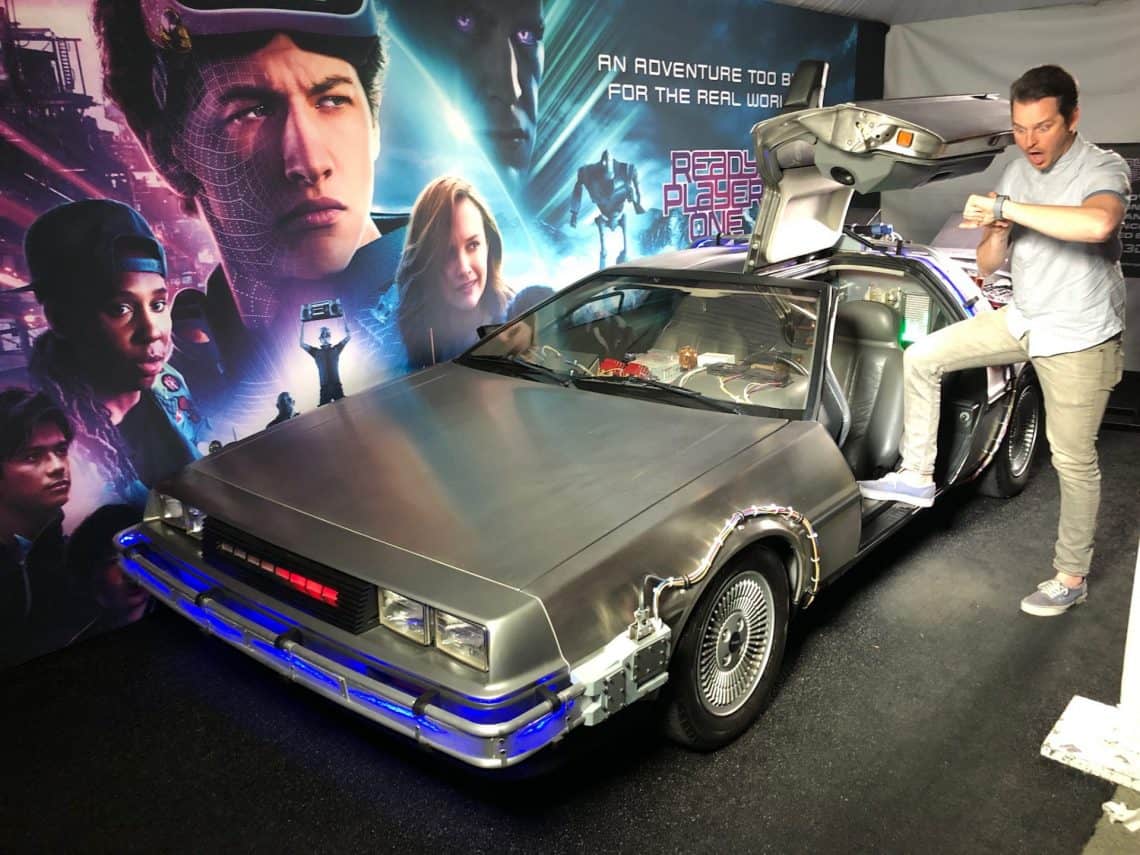 The Ready Player One challenge, located on the corner of Hollywood and Vine in Hollywood, kicked off Sunday, March 18th at 2pm, will officially be open daily to the public March 19th to April 1st, from 11am – 11pm. Admission is FREE! Everyone is welcome to step into the OASIS and join in an adventure too big for the real world!