My daughter is a big fan of the movie How to Train Your Dragon. When I found out about the media day for How to Train Your Dragon 2, I was so excited to be able to attend it. I had heard that the media junkets at the DreamWorks Animation campus are very special so I was very much looking forward to seeing an advance preview of the movie, meeting the director Dean DeBlois and getting a backstage look at how the movie came together.

Upon arrival at the DreamWorks Animation Studio (which is a beautiful campus by the way), I grabbed my badge at the check-in table and immediately started socializing with the other bloggers/media folks over breakfast. 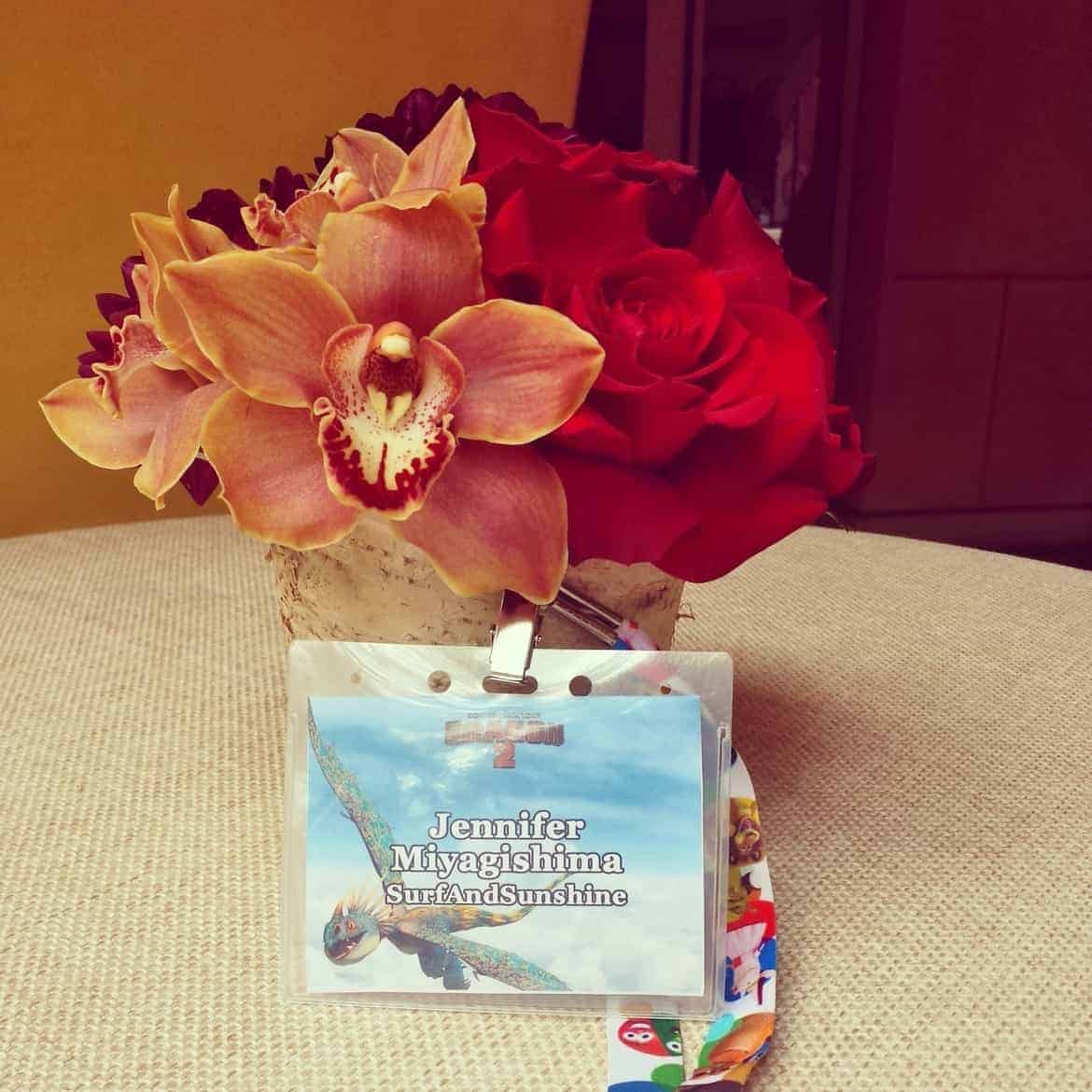 Once everyone was checked-in and got settled, we were invited to the Champanile Theater (a screening room on the studio lot) to watch How to Train Your Dragon 2. The crowd was very excited, especially after Dean DeBlois said that we were one of the first groups to see the movie after its debut at the Cannes Film Festival. I will be doing a movie review later in June on this blog, so stay tuned for that!

I can’t wait to purchase this movie for my daughter, since she loved the first one so much and I thought the second one was even better. She’ll definitely enjoy it once I have the chance to buy it. I usually get my movies online because I find it easier to locate the exact titles that I want to watch. This saves a great deal of time, as I don’t have to spend hours looking for movies like How to Train a Dragon 2 or fight the crowds to visit a store.

Following the movie screening, writer/director Dean Deblois took to the stage again and we were given the opportunity to ask him some questions. One of the questions that I found really interesting was when a writer asked if a particular scene was taken from the actual “How to Train Your Dragon” children’s book series. 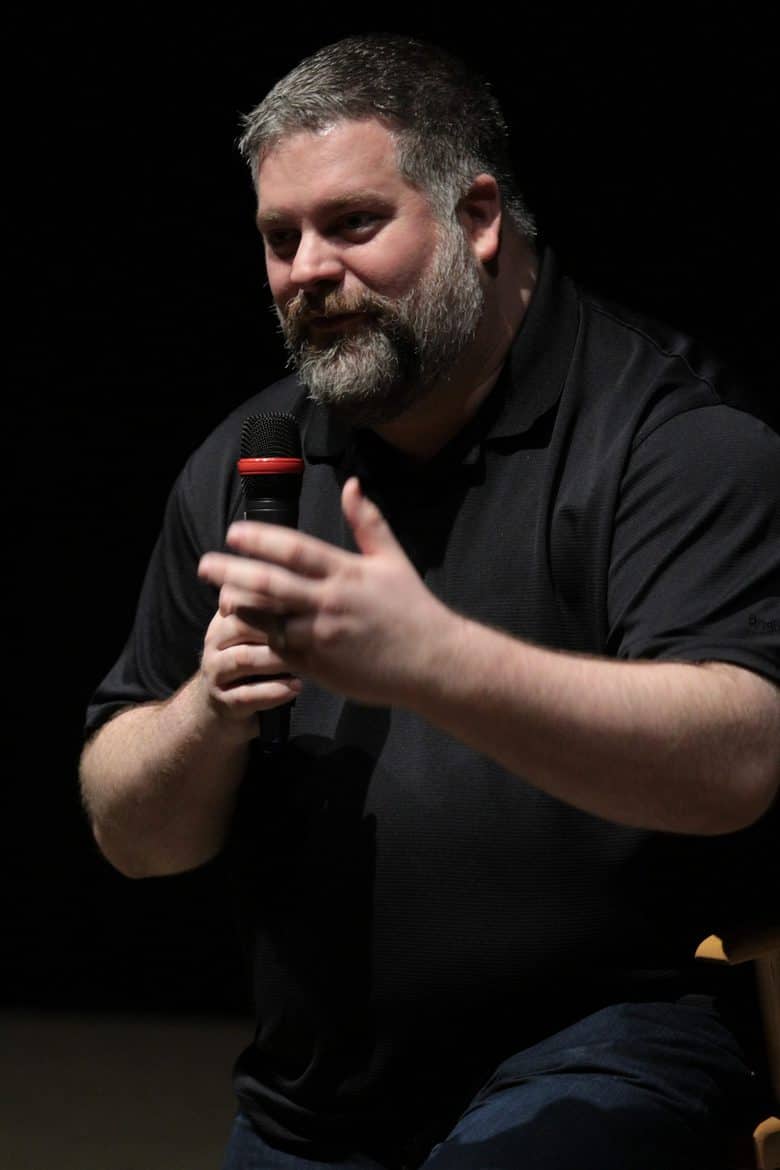 Dean said “We kind of kept the spirit of the books.  We kept some of the character names.  But in the first film, they had spent the first couple of years trying to do a fairly faithful adaptation to Cressida Cowell’s first book. But the story itself was a little small and a little young.  And so, Chris Sanders [Director] and I were charged with kind of reinventing sort of taking it bigger in a more action adventure kind of way. And so, our narrative has departed significantly from Cressida Cowell’s.  Her books are mostly following the adventures of a 10-year-old boy named Hiccup and his Chihuahua-sized talking dragon named Toothless.”

My favorite question during the Q&A portion actually came from me, lol! I had asked Dean “In looking at the voice talent, did you have Cate Blanchett in mind when you wrote this one?”

Dean said “Hmm. I absolutely had Cate in mind. Cate’s one of the few actresses that comes to mind to me that can play that broad range (of the character Valka).  And she has in the past in characters like Elizabeth. So, I had her in mind when I was writing the character.  And then just by chance, in 2011 when we were at the Academy Awards, I saw her in the cocktail reception right before the ceremony began. I walked over to her.  And I told her that I had written a part for her in How to Train Your Dragon 2.  And she said, well, it just turns out that that first movie’s a huge hit in my household, and my three boys love it.”

Following the Q&A, we headed over to the DreamWorks Computer Lab to try out the DreamWorks Apollo software. Apollo is a new proprietary computer technology that was specially designed by DreamWorks Animation. How to Train Your Dragon 2 is the first film to use this software. After playing around with the animation, it became clear that I should keep my day job. That’s me in the upper left-hand corner in the beige jacket! 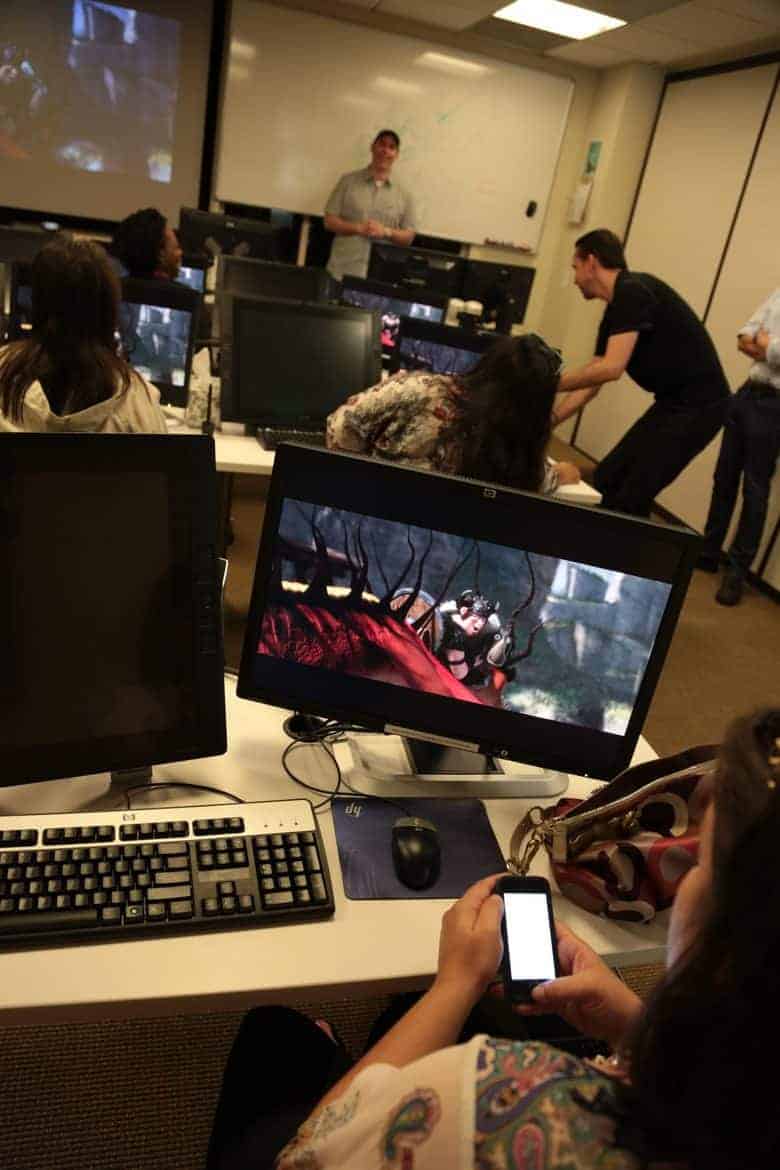 One of the coolest things that I got to do that day is to ride a virtual dragon (Toothless) via the Oculus Rift technology. We were given a headset and headphones to use. Then it was up, up and away! This experience took place on the cool looking set seen below. 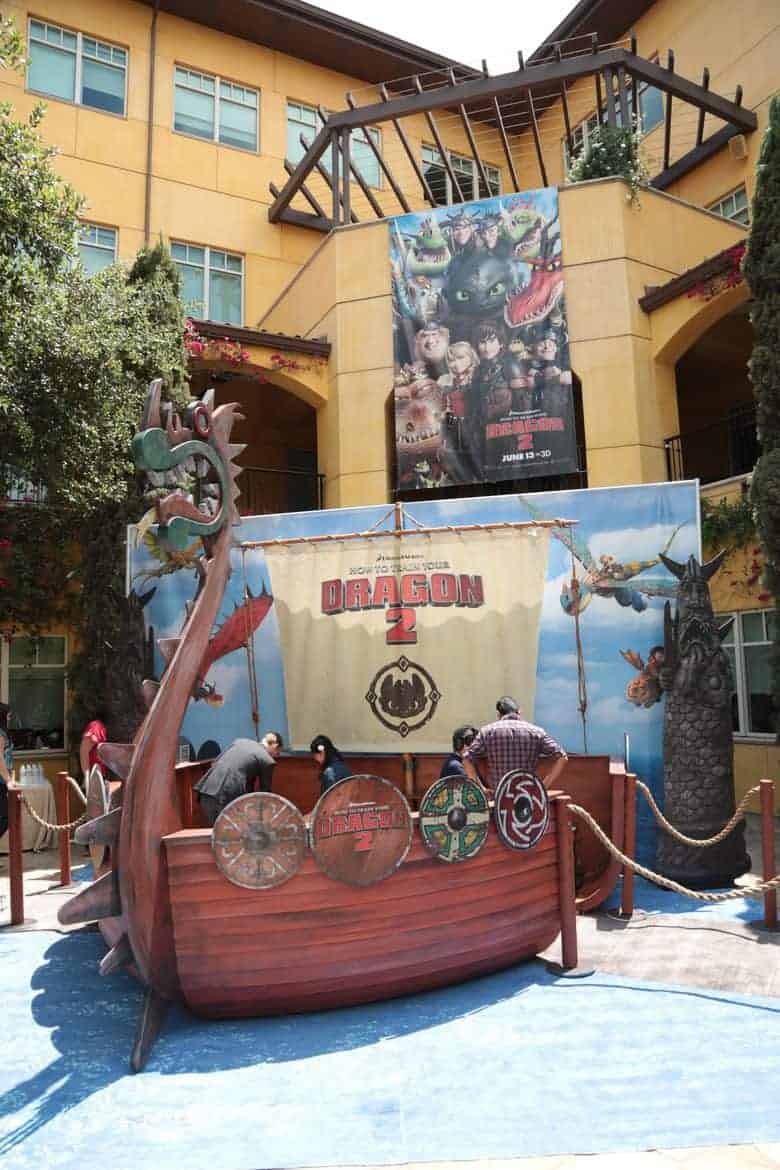 During lunch, we got to check out some of the fun merchandise that the DreamWorks Consumer Products team had developed. Being that I used to work in the toy industry, I was very interested in looking at their products. Although in my opinion, this movie is considered a “boy property” it is very much sought after by young girls, including my daughter. I know she would be thrilled to get some of this toy merch for her birthday! 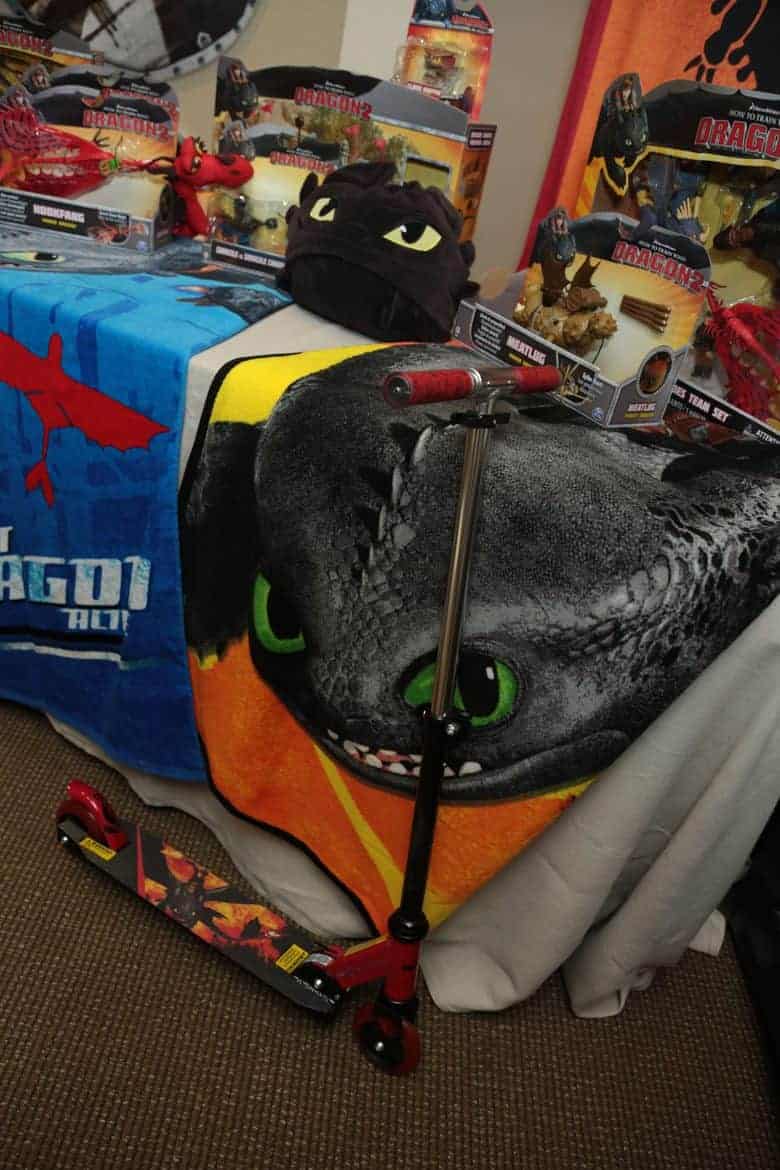 Following lunch, we went into one of the meeting rooms to meet with Pierre-Olivier Vincent, otherwise known as POV. Now before he started his presentation, we were treated to these cupcakes that were made by one of DreamWorks designers. How cute are they? 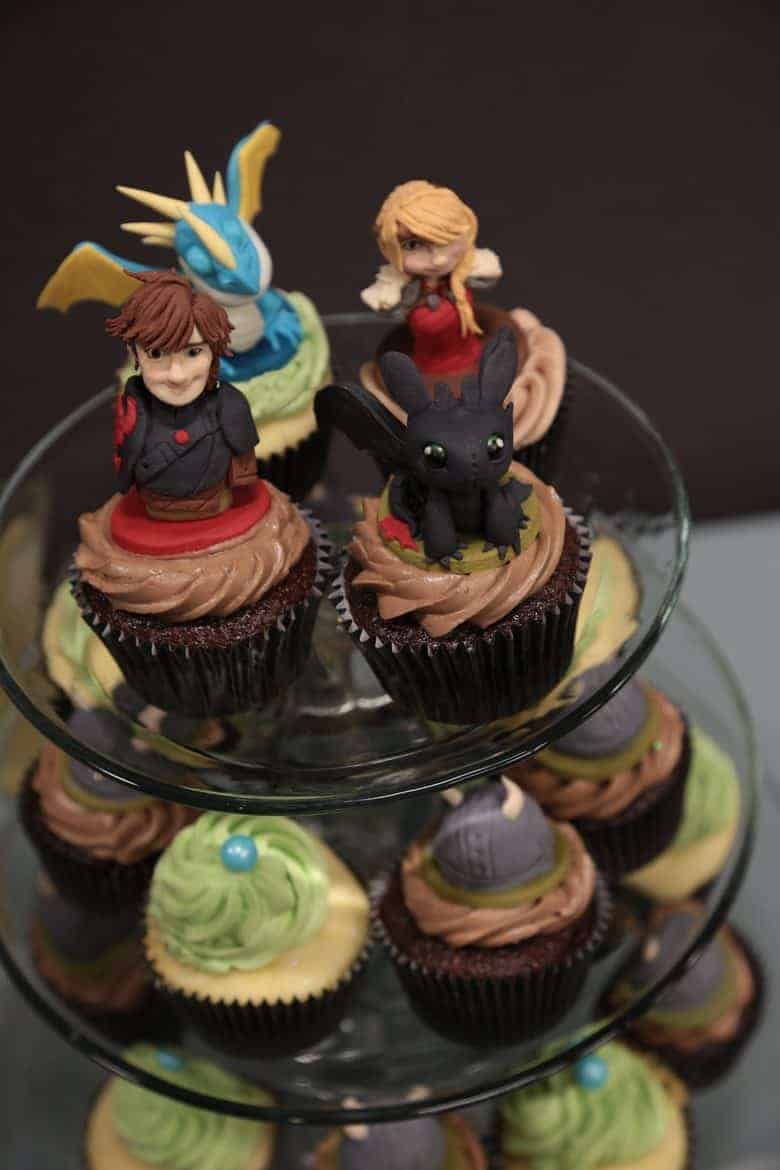 POV is the Production Designer of this film. During his presentation we found out that his nickname was given to him by none other than Jeffrey Katzenberg. We also learned that creating the character Hiccup took about 4 years to create (from first sketch to the final version). 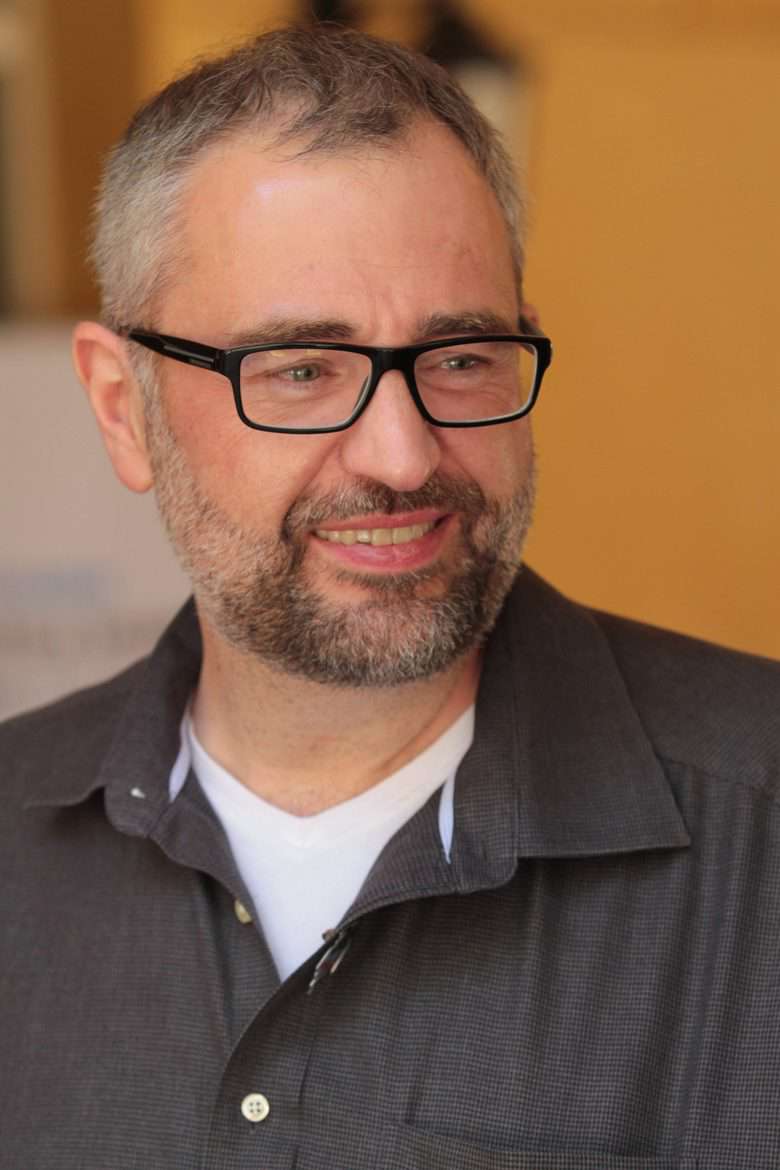 After we met with POV, we were ushered back to the theater for the final presentation. All in all, it was a great day. Thank you to 20th Century Fox and DreamWorks Animation for hosting a wonderful event!

Images courtesy of Dreamworks Animation. I attended a press event for this film. All opinions are my own.