Arriving at the screening of ABC Family’s new show Kevin from Work, I couldn’t help but feel like I was living the show’s title. My name, Kean, could have easily been Kevin had my parents been slightly less – shall we say – “creative,” and I was indeed coming ‘from Work.’ Upon my arrival I do a quick mirror check to make sure I don’t have any residual food particles left on my face (I had just scarfed down a quick meal) and it is then I notice that I am wearing my letter ‘K’ tie-pin.

Hi @KeanEli here, about to see a screening of the new show @KevinFromWorkTV! I swear this tie-pin was a coincidence. pic.twitter.com/5algYst11t

Thinking this is an apropos predicament I shoot out the tweet, “about to see a screening of the new show @KevinFromWorkTV! I swear this tie-pin was a coincidence” and include a photo. I check-in with the event staff, one of whom notices the pin and exclaims, “Oh! K for Kevin!” I blush and correct her, “No…for Kean. Checking in.” At this point I am giggling in amusement at the mileage I’ve gotten out of this seemingly inconspicuous fashion accessory. I stop by the table of refreshments: mini-cupcakes and champagne, and comment to a nearby blogger, “Ooh this is a fancy work party.” With bites and bubbly in tow, I take a seat in the theater and watch the premiere episode.

–Kevin From Work is a half hour comedy centered on Kevin, a young man who declares his unrequited love for his coworker Audrey in a letter, believing he’ll never see her again after he accepts a job overseas. But when the opportunity falls through and Kevin is forced to return to his old job, how will he and Audrey continue to work together now that his feelings are no longer secret?–

I thought the show was very funny, super relatable, and very modern in its sensibilities. One of my favorite moments is between Kevin and his cubicle neighbor Audrey who gives him a smiley face post-it note every morning. It’s a sweet and simple gesture that brilliantly conveys Kevin’s deep and profound love for Audrey because he’s saved every note. There’s been so many notes overtime that he’s created a flip-book out of them. After the episode some of the cast did a Q&A and the one thing that stuck out was a comment from the show’s lead actor, Noah Reid, who commented that the show, at its core, is about “figuring out what you really want in life.” For many people my age, that is the essential question and I am excited to see where this show goes. In the meantime, I’ll keep wearing my “K.” 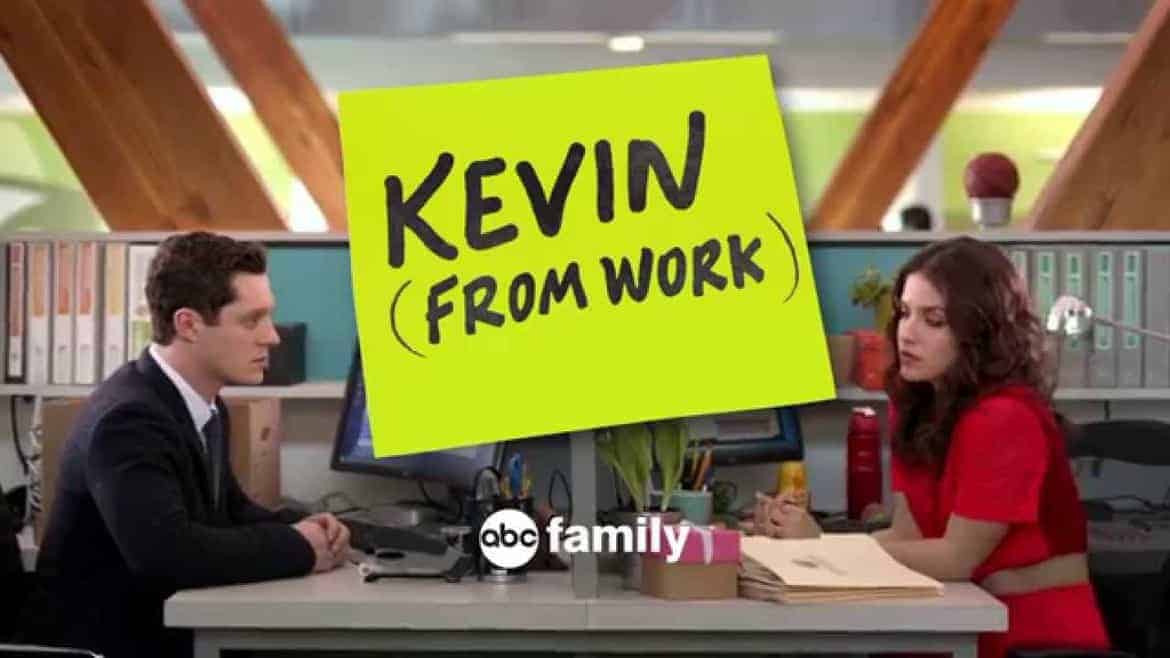