I was invited to California City in the Mojave Desert to take part in Kia Motors’ launch of their Drive Wise autonomous driving technologies prior to the grand unveiling at CES in Las Vegas. Reaction from family and friends was mixed. Many, like me, were extremely curious as to how a self-driven car would behave in simulated real world situations. More however seemed vaguely horrified by the idea of sitting in a fast-moving vehicle with no pilot, plenty of other “traffic”, and no pre-planned programming. Spoiler alert, there was a gentleman seated where the driver normally sits, with a functional steering wheel available should the need arise. It didn’t. 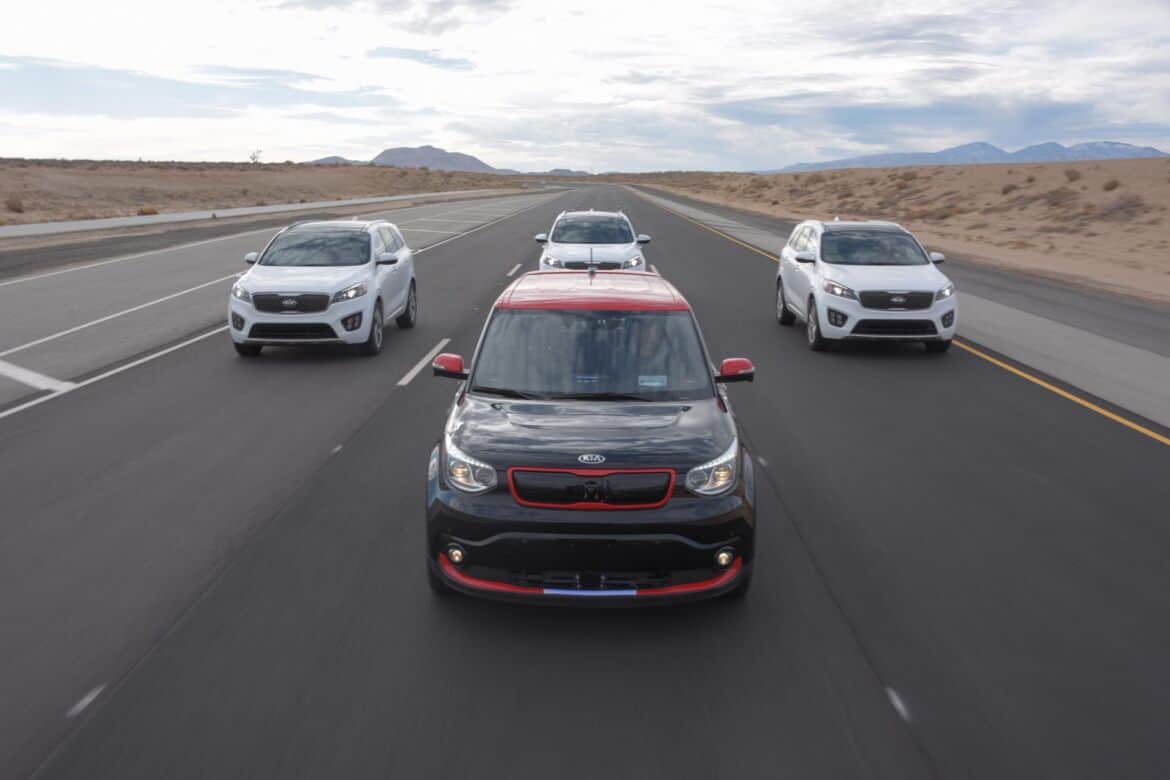 Kia uses a combination of radar, lidar (laser imaging), and camera detection to map objects, read lane lines and traffic signs, and prevent collisions. The first merge onto the test highway was definitely not scary, but it was mildly unnerving for a few brief seconds until the car responded as a willing but cautious participant. On the test course the Kia Soul did a good job of locating blind spot intruders, and maintained safe distances behind leading cars at various speeds. The Canadians in the group pointed out, one after another, that radar and lidar don’t really work during blizzards–a situation where autonomous drive is most needed. In the pristine desert environment though, the car had no trouble locating lane lines, and came to a stop for a full three seconds at each stop sign. Three seconds never seemed so long until you’re waiting for your robot car driver to put the pedal to the metal. 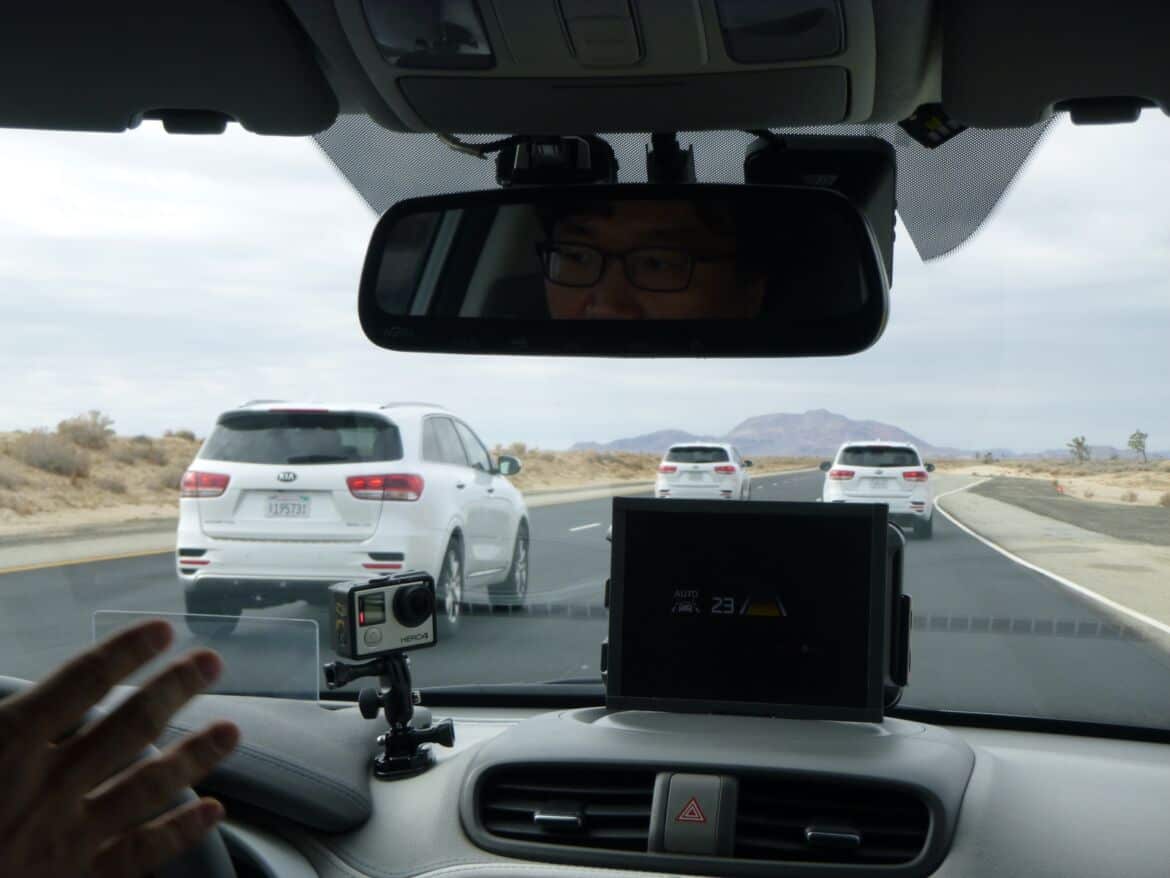 One of the cool tricks the autonomous car pulled off was illustrating how it would behave if the driver were suddenly incapacitated. The answer: much better than a car with a human driver. If the car senses the driver slumped over, or with their eyes shut, it will cautiously pull over to the side of the road, call 911, and then follow the support vehicle to a local home, hospital, or station. For reals. This tech, called Preceding Vehicle Following, has unlimited potential applications for injured, inebriated, or exhausted people everywhere. Soon drivers will be able to take a nap behind the wheel, the same way airline pilots have been “flying” for decades. 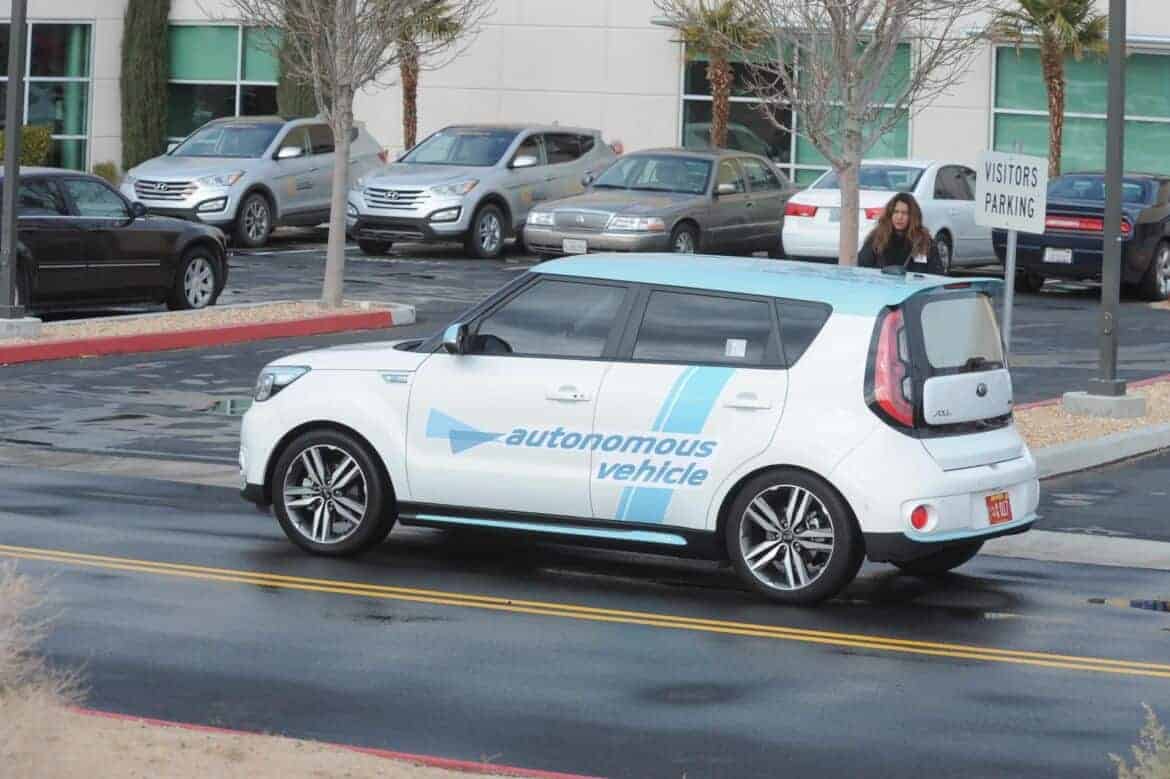 Autonomous drive in an urban environment.

I have to extrapolate this a little because the test drive was in a controlled situation. But enough data and experience is available regarding GPS navigation, and satellite and wifi communication, to make an educated guess. My guess is, it’s going to take a lot of work. Driver to driver communication, that time honored tradition of “you go, no please you go” is not perfectly replicable and will need to be replaced by some sort of digital system. Perhaps cars of the future will sense the driver’s mood and adjust courtesy points accordingly.

More problematic is the tendency of drivers to trust in their car’s routing suggestions. GPS equipped cars are great at getting from Point A to somewhere in the neighborhood of Point B. But at the granular level they tend to fall apart. A recent drive for another car company featured a phantom driveway, a bagel shop that was actually across a divided highway, and a maddening endless loop through a gated residential community. The ability to adapt to the tiniest details will make human override in self-driving cars a necessity for years to come.

This feature blew me away because I wasn’t expecting it all. Using a smart watch our test drive “driver” sent the car off on a mission to find that most elusive prize: the empty parking spot. The car circled, located, and then expertly backed in with a vintage three-point turn. Which begs the question: if the car can circle, why even park at all? I can see the the Trader Joe’s parking lot of the future, with autonomous vehicles lined up bumper to bumper, slowly circling like baby elephants.

There are so many obstacles still to overcome that Kia’s proposed date for self-driving cars to hit the market of 2030 seems wildly optimistic. But overcoming driver’s safety fears won’t be one of those obstacles. The car we rode in was safe to a fault, and behaved very much like a human driver would–albeit with a much better skill set for backing into parking spots. Just don’t ask it to locate the nearest 7-11.