Summit Entertainment’s critically acclaimed new film, La La Land, is a love story. Not just one about a boy and a girl, but a love story about a city that has appeared time and time again in films since the dawn of cinema: Los Angeles. While the plot of the movie centers around jazz pianist Sebastian, played by the charismatic Ryan Gosling, and aspiring actress Mia, played by the endearing Emma Stone, the true star of the film is the City of Angels. I recently had the amazing opportunity to tour LA abroad a double decker bus with the film’s Supervising Location Manager, Robert Foulkes. 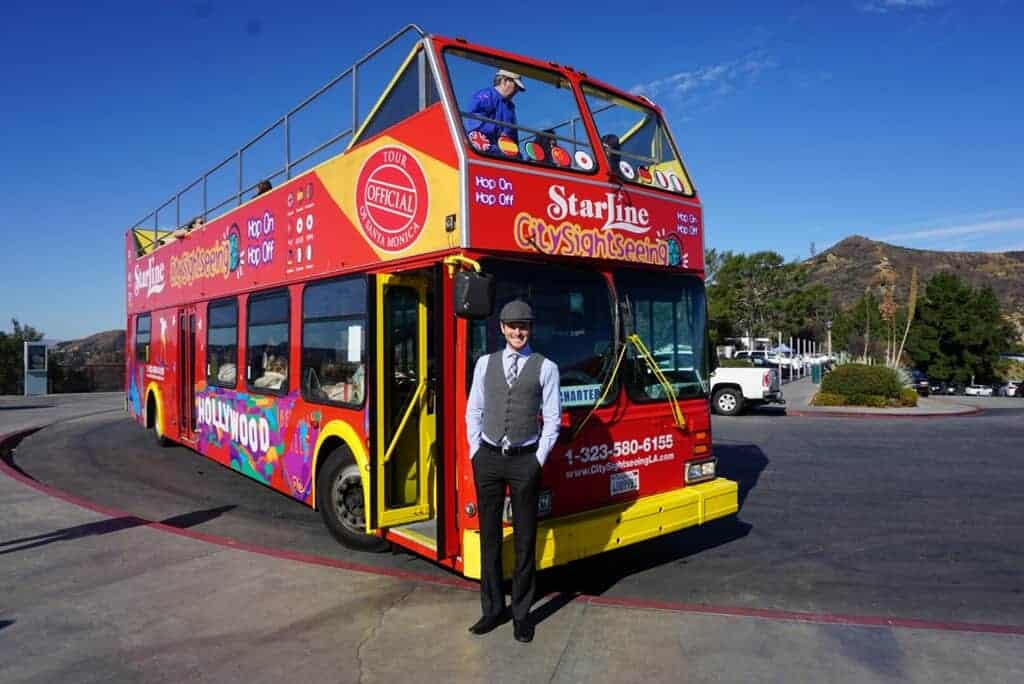 Glancing at IMDB, you will see Robert’s impressive resume including such films as Neighbors, Seven Psychopaths, and Terminator 2. He has spent decades getting to know LA and all its intricacies. Robert has wondered every neighborhood in Los Angeles searching for the perfect location for the vision of the many directors with whom he has had the pleasure to work. Oftentimes, he is tasked with taking audiences to places other than LA all while staying within the city limits. This time, however, La La Land gave him the opportunity to show the world just why he loves the City of Angels so much.

We began our tour at the Hollywood and Highland complex, home to the Kodak Theatre and the Oscars. Just next door is the iconic Chinese Theatre where many films premiere. Across the street is the storied Roosevelt Hotel, home to the very first Academy Awards in 1929. We drove down the fabled Sunset Strip towards Griffith Park. Robert pointed out several locations from other films such as the fire escape from Pretty Woman. 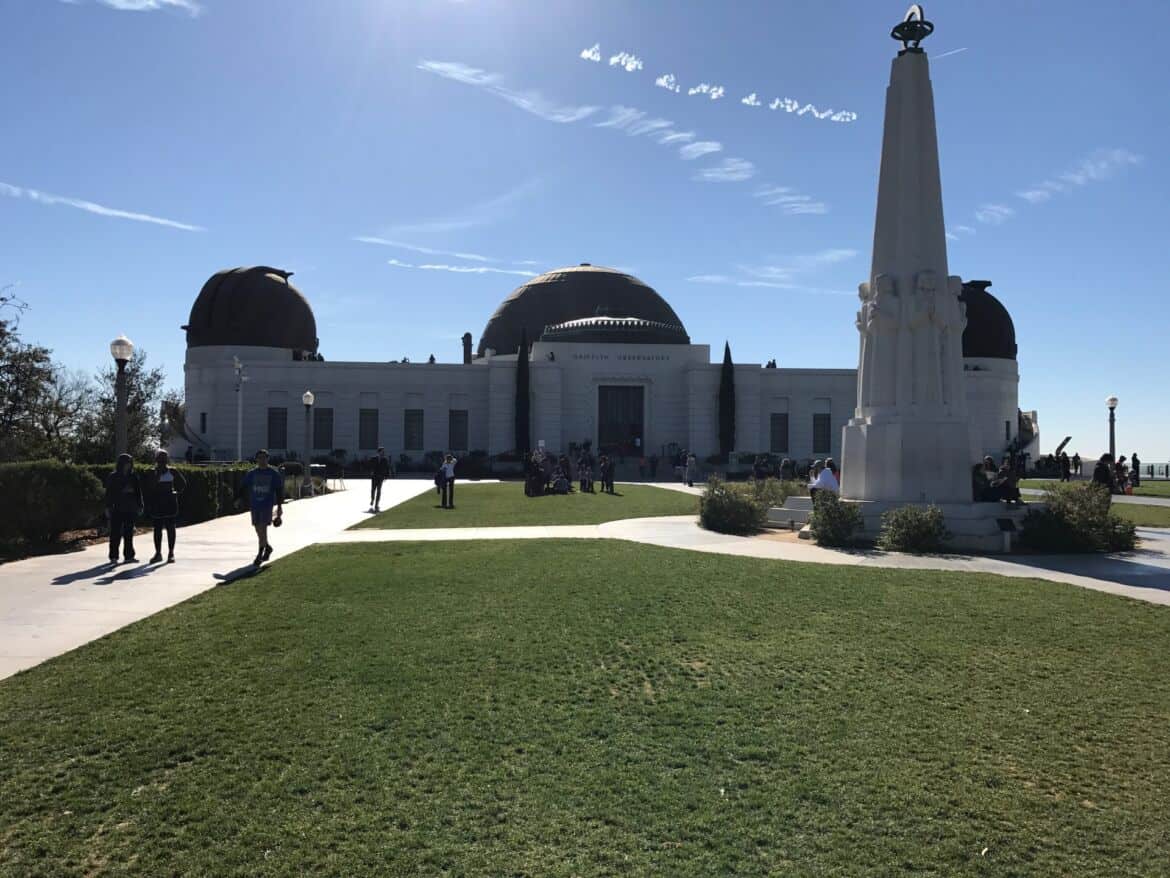 Our next stop was the Griffith Observatory. The beautiful art deco structure has been featured in many films such as Rebel Without a Cause and Terminator. For Robert, it was a dream come true to shoot here. Logistically, it was also a huge nightmare. Film crews are only allowed to shoot on Monday when the observatory is closed. As a result, the entire production had to arrive, set up, rehearse, shoot, and strike all within a 12 hour period. This is a tremendous undertaking, and requires perfect teamwork or else necessary shots will be lost due to lack of time. Fortunately, the cast and crew of La La Land pulled it off without a hitch. To our surprise, while we were walking the grounds of the Griffith Observatory with Robert, skywriters flew overhead and wrote “La La Land, City of Stars” in the clouds. It was incredible and even wowed Robert himself! 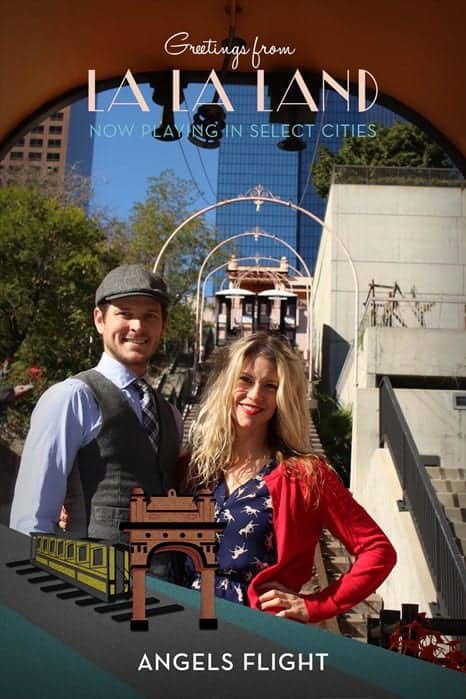 Our final stop was Grand Central Market and the Angels Flight in downtown Los Angeles. The Angels Flight is a funicular connecting the Grand Central Market with Bunker Hill. It was opened in 1901, but has since been closed permanently. For the film, Robert and his crew cleaned up the dusty cars, and restored them to their original beauty for the romantic moment between Sebastian and Mia. We then walked across the street to Grand Central Market, home to many incredible food vendors and purveyors. Robert introduced us to the owner of the small counter restaurant where Sebastian and Mia share a meal. We were then treated to some of her delicious food as well as tasty food from several other stands in the market. Sitting there, outdoors at Grand Central Market, sipping beer and eating fantastic food, staring at the Angels Flight, and taking in all of downtown Los Angeles, it was easy to see how someone could easily fall in love with this city. Thanks to Robert Foulkes and La La Land, the rest of the world will see it, and fall in love with it too. 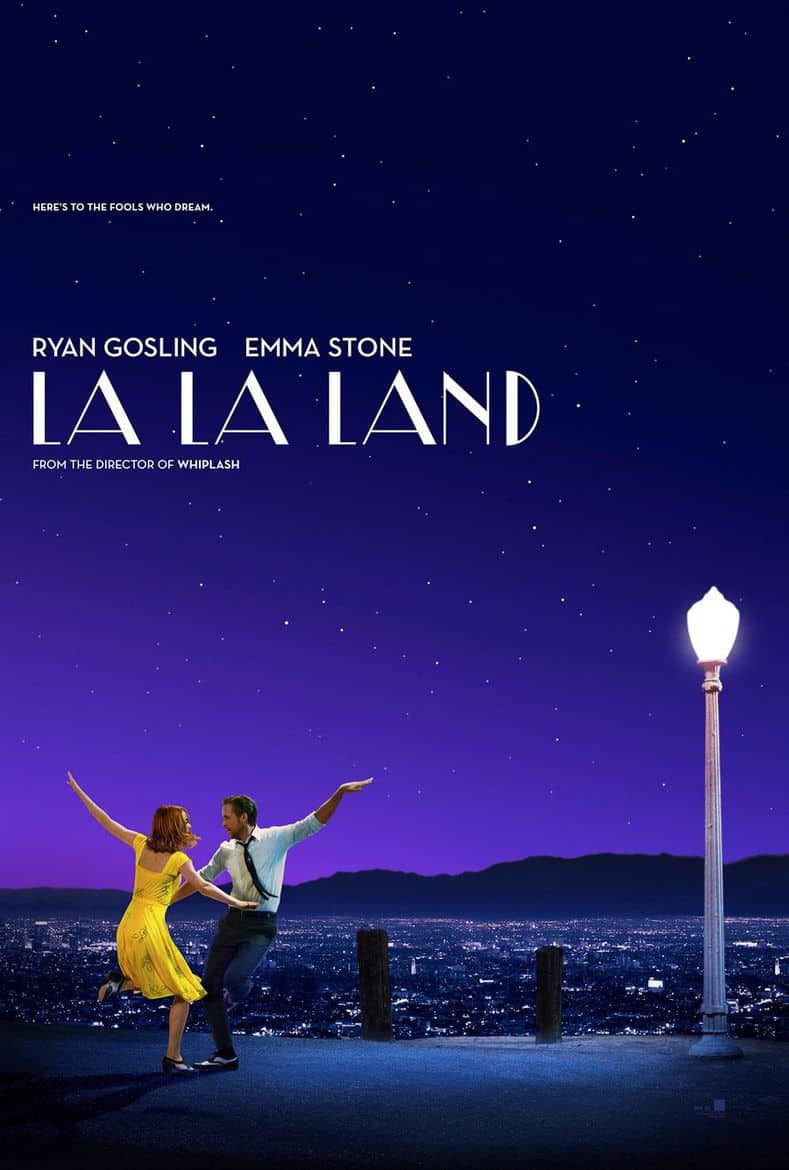