When I got the invitation to see an early family screening of The LEGO Movie, I jumped at the chance! That’s because my daughter loves playing LEGOs. She can play for hours with her LEGO Friends, especially the pink and green LEGO Friends camper, pretending that she is going on a vacation. I love to encourage this type of imaginative play and LEGOs help foster that creativity. While my husband may have outgrown playing with those LEGO sets, often times on the weekends, I’ll find him bonding with our daughter playing LEGO Star Wars on the Wii. This universal appeal of LEGOs is what drew us to the movie. Now that I’ve watched The LEGO Movie, I can honestly say that audiences of all ages will love it!

The original 3D computer animated story follows Emmet, an ordinary, rules-following, perfectly average LEGO minifigure who is mistakenly identified as the most extraordinary person and the key to saving the world. He is drafted into a fellowship of strangers on an epic quest to stop an evil tyrant, a journey for which Emmet is hopelessly and hilariously underprepared.

I have to confess that when my daughter first saw the trailer for the movie, she thought it might be a “boy movie.” (Yes, my kid puts TV shows and movies into categories, but I’m sure it’s just a phase.) In any case, that notion was quickly put to rest when she was introduced to Wyldstyle, a feisty girl who can kick butt and take charge.
Also read:  The Pirate Fairy Debuts At Disney's Aulani Resort

My husband loved the references to pop culture movie icons and a certain former NBA player. I don’t want to give it away, but there is a scene in the movie that features characters from a certain late-70s movie that had people clapping and cheering in the audience!

While some of the jokes went over my daughter’s head, they definitely made the adults in the theater roar with laughter. The storyline is fast-paced, packed with action and adventure, filled with a cast of characters that have plenty of kid-appeal. My daughter’s second favorite character is UniKitty, who is sweet and lovable, that is until you make her mad!

I really loved the catchy, infectious pop song that is played throughout the movie. I guarantee that after you see this movie, you’ll be humming the tune to “Everything Is Awesome” for the rest of the day!

There is a twist towards the end of the movie, which I won’t reveal. However the ending really showcases an important lesson – that everyone is unique and has something to contribute in their own creative way.

Images courtesy of Warner Bros. Pictures. I attended an advanced screening for this film. All opinions are my own.

Was That Awkward Moment Movie Awkward Good or Awkward Bad? 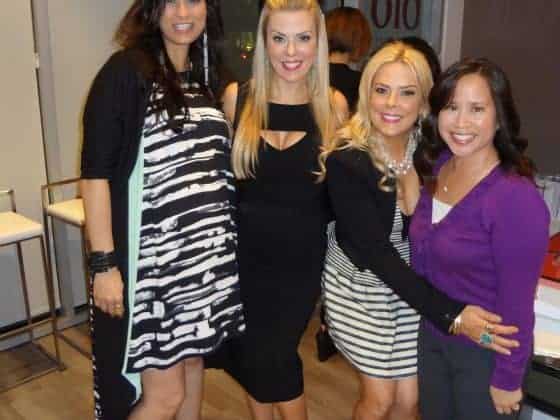 Meeting the Cast of the Private Lives of Nashville Wives