The Turtle Hospital of Marathon, Florida opened its doors in 1986 with the goal of rehabilitating injured sea turtles and returning them to their natural habitat. In addition to spreading awareness, educating the public, conducting research and passing legislation to support the sea turtle, the Turtle Hospital is an excellent way to spend a few hour with your family. 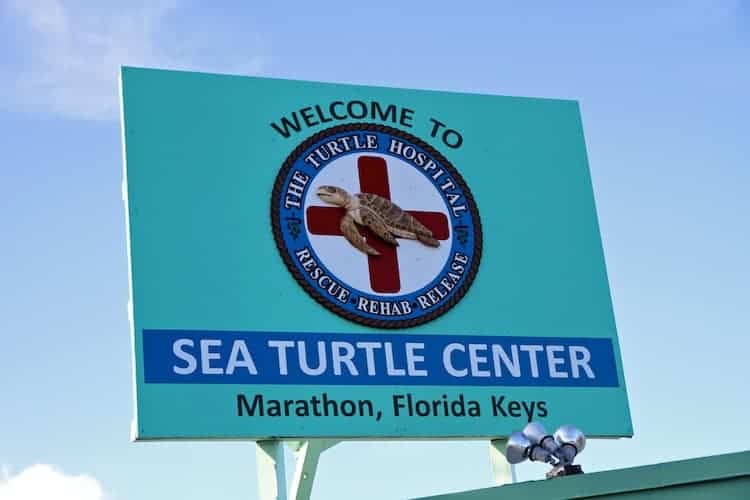 Since opening, the Turtle Hospital has released an estimated 1,000 sea turtles back into the ocean. Today, the Turtle Hospital invites guests to not only visit the facility, but to take an 90min educational experience that includes a presentation on sea turtles as well as a behind the scenes look at the hospital facilities and rehabilitation area. The tour is capped off by being able to feed these adorable sea creatures. 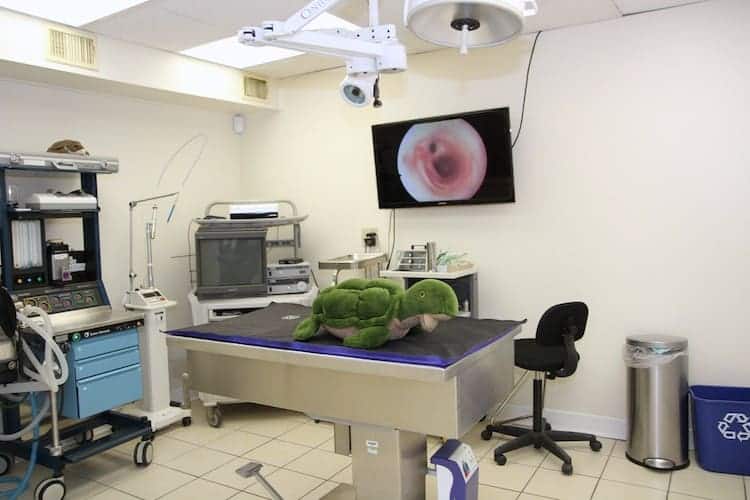 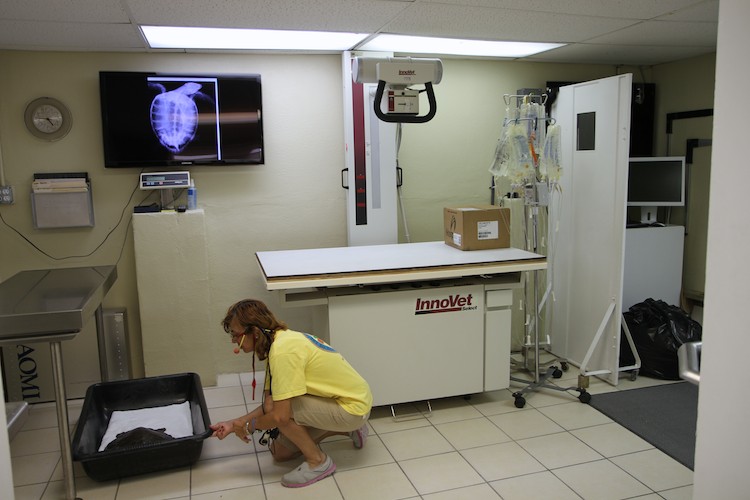 On our recent #BloggersGo Girlfriend’s Getaway to The Florida Keys, Kas and I were thrilled for the opportunity to stop by the Turtle Hospital and take the 90 minute tour. During the presentation, we learned that there are only 7 species of sea turtles in the world, and 5 of them can be found off the coast of Florida. 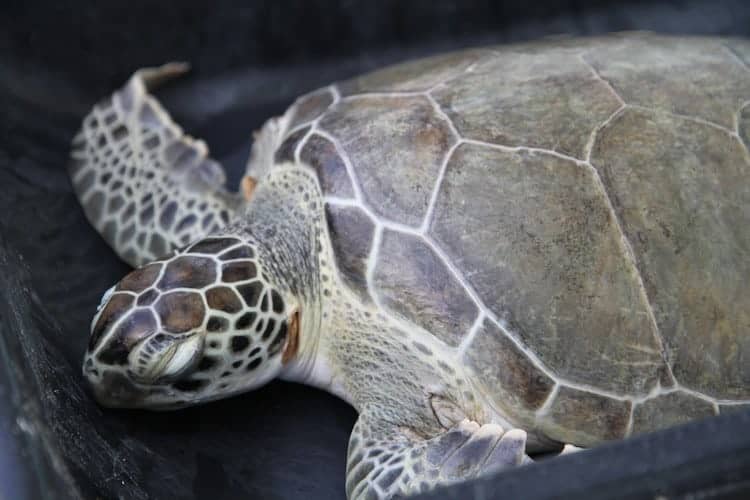 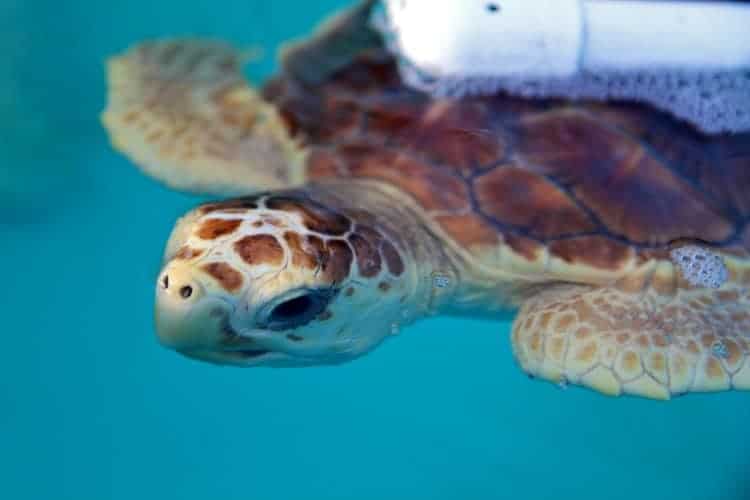 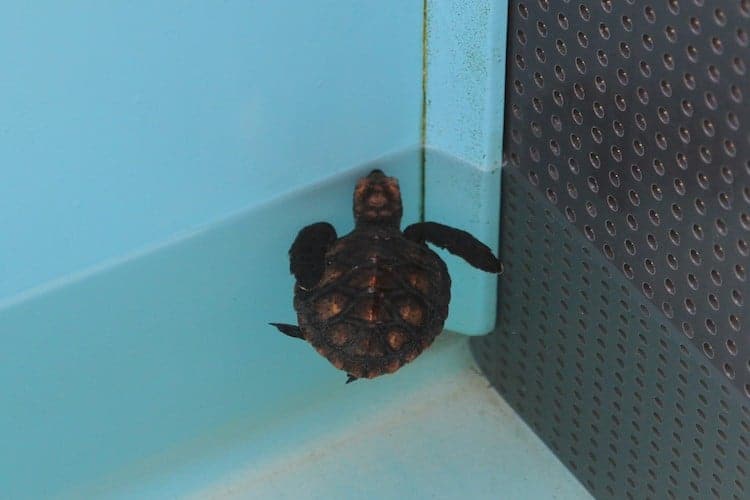 After the educational presentation, we were able to tour the facility and see the current residents of the sea turtle hospital. 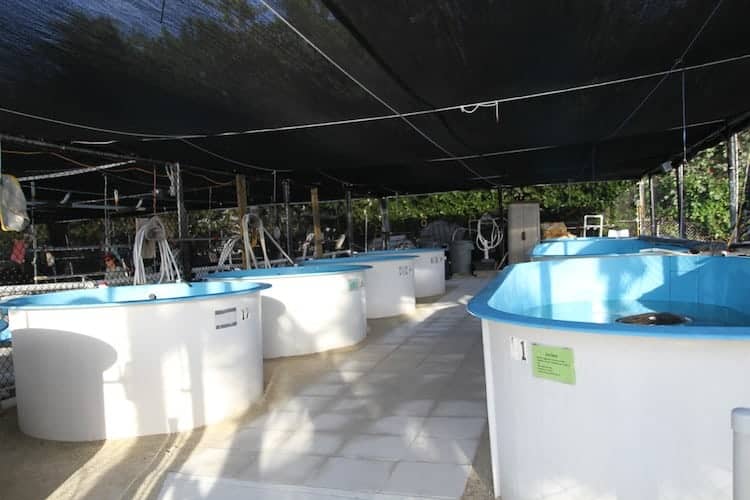 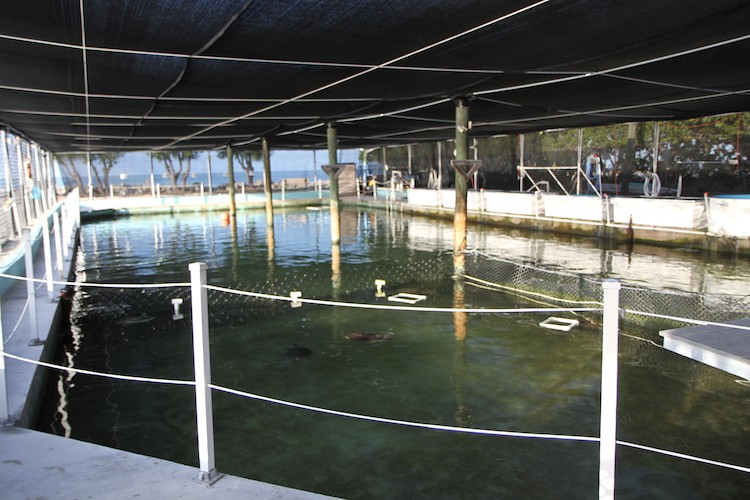 It’s important to note that Sea Turtles are endangered. The World Conservation Union (IUCN) has identified five major hazards to sea turtles:  Fisheries, Direct Take (sea turtles and their eggs are killed by people throughout the world for food, and for products including oil, leather and shell), Pollution, and habitat destruction through Coastal Development and Climate change. 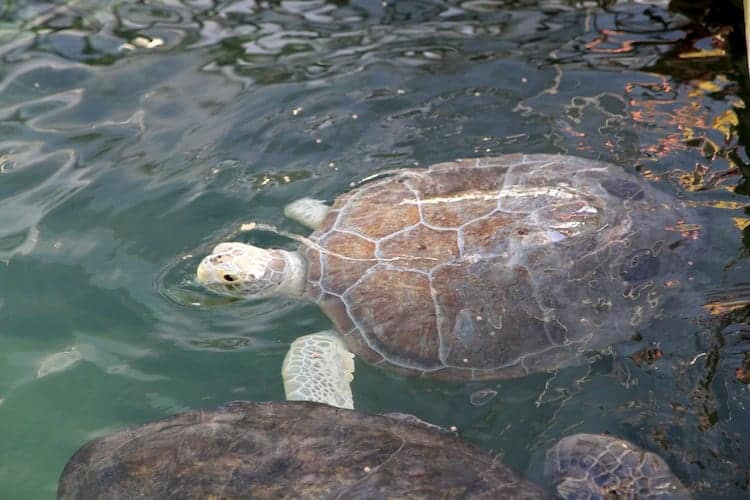 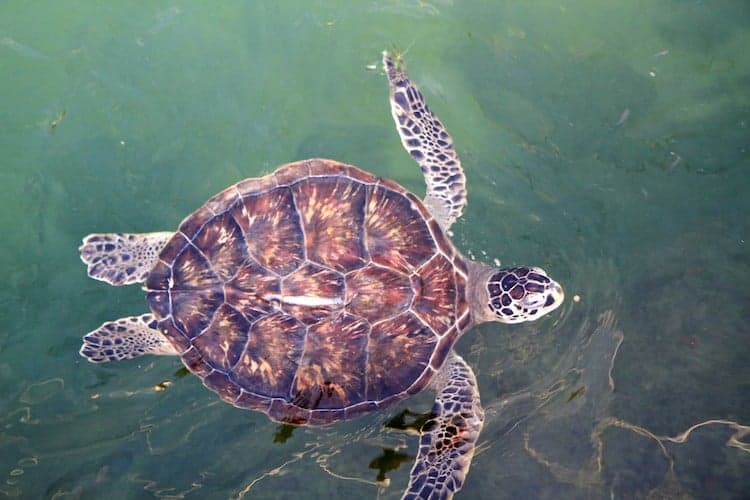 Turtles arrive at the Turtle Hospital from not just Florida, but all over the US. There they are treated for a variety of ailments including flipper amputations caused by fishing line and trap rope entanglements, shell damage caused by boat collisions, and intestinal impactions caused by ingestion of foreign materials such as plastic bags, balloons, and fishing line and/or hooks. But other instances bring sea turtles to the hospital too. In the summer months, the hospital receives a large number of hatchling turtles that were either disoriented by artificial lighting or trapped in their nests. Luckily, these hatchlings are nursed back to health and released as quickly as possible. 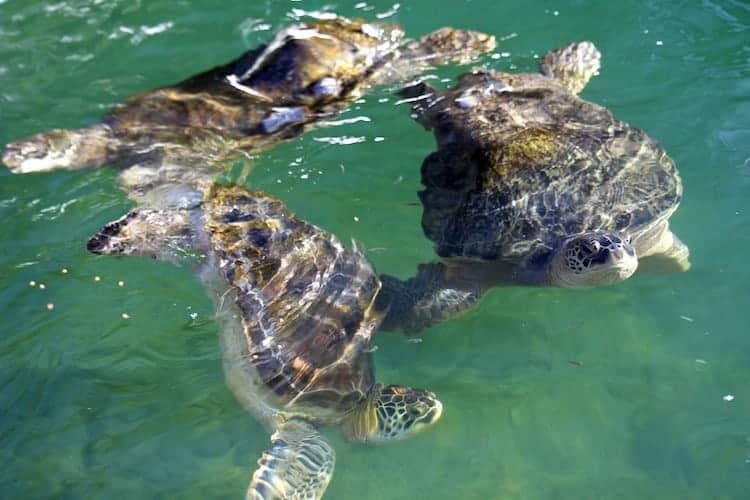 Once a turtle has been treated, it’s the goal of the Turtle Hospital to get back into it’s natural habitat ASAP. To avoid confusion, the turtles are released in the same area they were found.

As a matter of fact, Kristi and Gizmo (both Loggerhead sea turtles) will be released on Valentine’s Day, 2/14 at Mile Marker 88 in Islamorada. If you are in the area, you are welcome to join the community in this special release!

Unfortunately, not all sea turtles can be released into the wild. 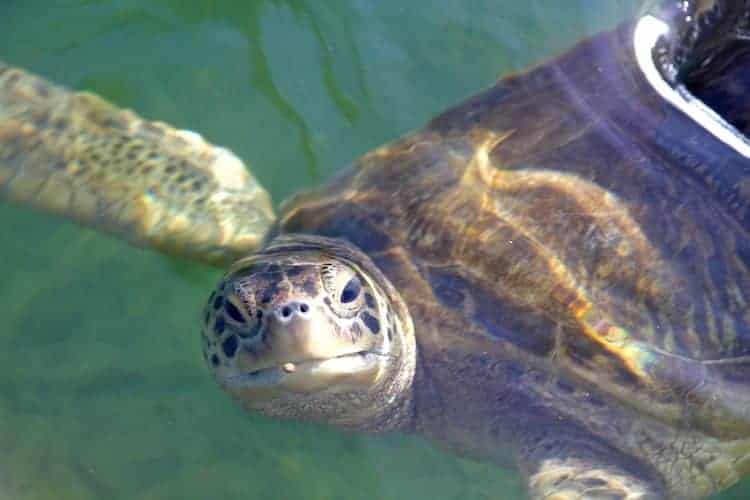 “I’m Bubble Butt and I’m famous around these parts. I’ve been here since 1989 and it’s my responsibility to welcome all the newcomers. I was hit by a boat off of Long Key a long time ago. The boat hit left me with a permanent air bubble under my shell which causes me to float. So now I have a weight attached to me to help me swim. They call me Bubble Butt because I was the first documented case of Bubble Butt Syndrome. Nobody makes fun of me though, since there are so many other “bubble butts” in the pool like me.”

In addition to rehabilitation in release, the Turtle Hospital also takes in turtles, like Bubble Butt, who can not be released back into the wild due to their injuries. There are currently 5 of these residents: Rebel, Montel, Bubble Butt, Bender, and April. Thankfully, there are people like you and I that can adopt turtles like Bubble Butt in order to help with their food and medical expenses for a contribution of $35.00 a year. You will receive a biography, certificate of adoption, a picture magnet of your turtle, and updates on your turtle throughout the year. After our tour, I decided to “adopt” Bubble Butt as a Valentine’s Day gift for Whistler. 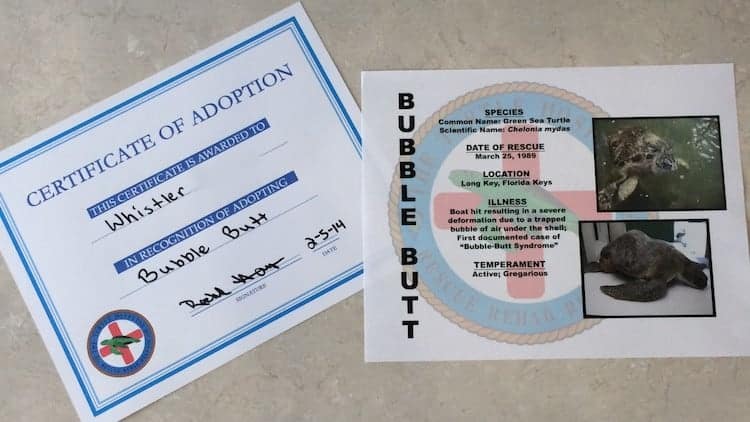 If you spot a sick or injured Sea Turtle in Florida, you should immediately contact the Florida Fish and Wildlife Conservation Commission at 1-888-404-FWCC (*FWC or #FWC on your cell phone). For the safety of the turtle AND your own safety, DO NOT attempt to handle or rescue the turtle by yourself.

Thank you to the Turtle Hospital for the educational experience and your amazing conservation efforts towards the sea turtles. All photos were taken by me and may not use used without permission.

5 thoughts on “Adopt a Sea Turtle When You Visit Florida”