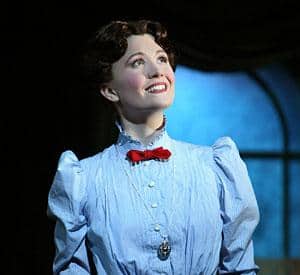 Mary Poppins the musical is in its 5th year at the beautiful New Amsterdam Theatre on New York City’s 42nd Street in the heart of Times Square. How many of you have already seen it and where?

Mary Poppins is the story of the Banks family in London and their misbehaved children Jane and Michael. During Mr. Banks search for the perfect nanny, Mary Poppins magically appears at his door. Poppins is the answer to their prayers, but in the most peculiar way. She takes the children on many magical and memorable adventures, teaching the children along the way “anything can happen if you let it.”

If you love Broadway musicals and this hasn’t made your list yet, here is some interesting info that just might change your mind!

I was lucky to be one of these guests on my most recent trip to New York City (thanks to Disney/DreamWorks!)  I have never been to a Broadway show before and let me tell you guys – WOW, if this particular feature doesn’t get a newbie hooked, I’m not sure what will.  I’m not quite sure what I was expecting, but I really wasn’t expecting Bert tap dancing on the CEILING and Mary Poppins flying out over the audience! Seriously – there must have been pixie dust sprinkled all over this show.

While the the heartwarming story and unforgettable songs will most likely have you thinking of days long past, this reenactment of one of the most popular Disney films of all time, also includes brand-new spectacular dance numbers and some seriously fascinating stage-craft. One of my favorite parts about watching this show was the scene changes. I kept trying to see if I could figure it out – it was pretty amazing. We even got a private back stage tour and were treated to a room filled with original articles and accessories that have been used in the Disney on Broadway productions. They even allowed us to try on the REAL Mary Poppins Hat (she had a small head!) 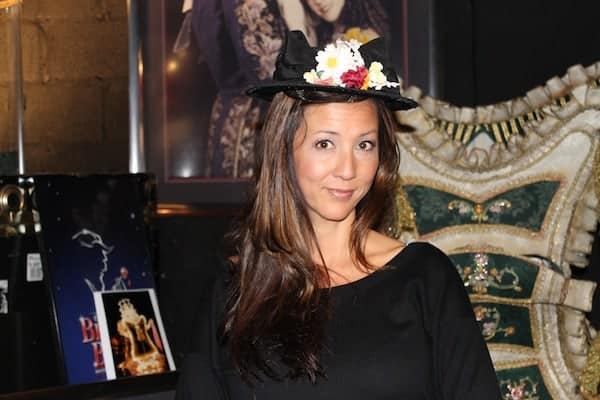 For those of you wondering, Mary Poppins, the Broadway musical is not an exact replication of the Disney movie we all know and love.  It is based more heavily on the stories of P.L. Travers, than the classic 1964 Disney film of the same name.  The score consists of a combination of the film’s Academy Award-winning music and lyrics by Richard M. Sherman and Robert B. Sherman, and new songs by Olivier Award winners George Stiles and Anthony Drewe.

I’ll be honest and say that I am not a “theater” type of person.  (Obviously, as I’ve ever been to a show before and I’m well into my 30’s…) Before having seen this, I’m not sure I would have chosen it for myself or my family to see.  But now that I have, I can definitely recommend it to each of you.  There is enough familiarity with the story for younger family members to follow along and I promise that both kids and adults will love the magical surprises that await throughout the show for you! Be sure to stop by for a spoon full of sugar the next time you’re in town :) 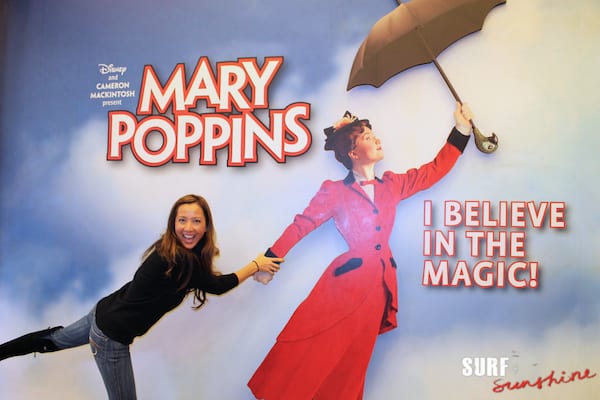 A Little About the Cast of Mary Poppins on Broadway