While I’m not the most tech savvy person I know, I definitely have some rigorous standards for my phones. I’m not the type of person who uses a smart phone just for Facebook (although it does get it’s fair share of battery power ;). I need a phone that lets me check in to social media, organize my day, reminds me of my test, lets me access my classroom, make easy changes to the website and can handle being dropped on occasion. In addition to it’s functionality, I also need a battery and signal strength that won’t let me down. So yes, I demand a lot. 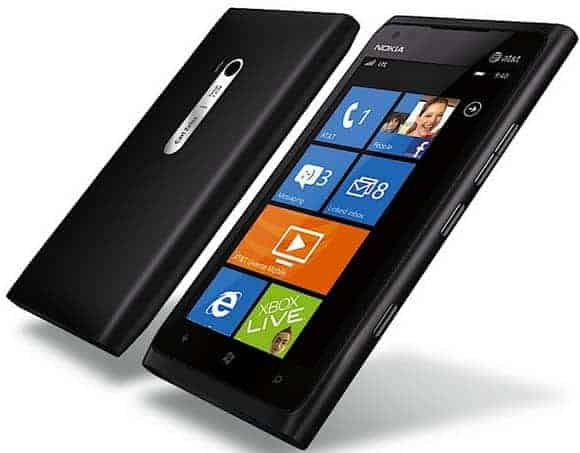 I recently tested out the Nokia Lumia 900 and I’ll be honest – at first I was a bit doubtful. I last had a Nokia phone about 10 years ago and that’s the image that kept popping into my head. Fortunately, Nokia has done an excellent job of keeping up with the times. The stylish windows smart phone I received was nothing like the visions that plagued my memory. 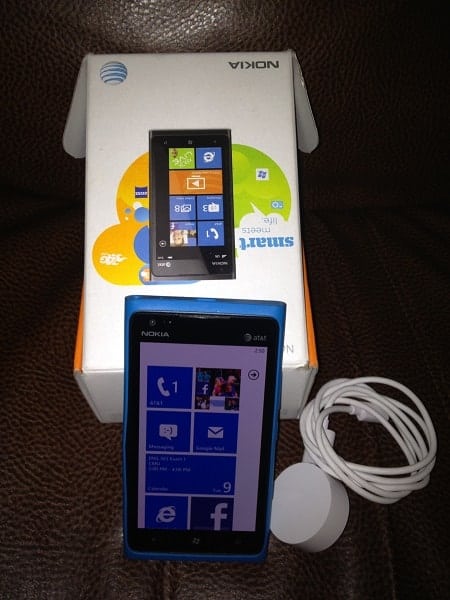 Some specs to give you an idea of what I am working with:

To cut right to the chase, The Nokia Lumia 900 is one of the most user friendly phones I’ve ever had the pleasure of using. There is always a short “getting to know you” stage when I get a new phone, but I found this shorter than most and I was able to start using it right out of the box.

This phone is a little on the heavy side but the larger screen and durability are well worth it. The Lumia is also remarkably sensitive, it’s responsive while remaining immune to accidental brushes. I also liked that the windows, search and back keys were separate from the main screen. I found the lock screen to be functional. In addition to the date, time, battery and signal level the lock screen also features upcoming calendar events below the date, along with icons for incoming email or message counts as they come in. 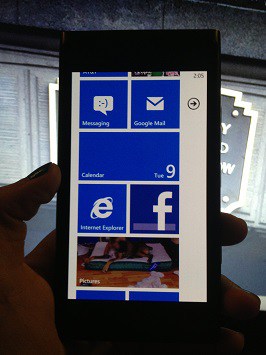 The home screen can be completely customized. I was able to put my most used applications right on my home screen for quick and easy access. A feature I found handy. The People Hub was one of my favorite features of the phone. Not only did it contain my contacts, it also gave me an at a glance over view of what’s new with them via their social media updates. 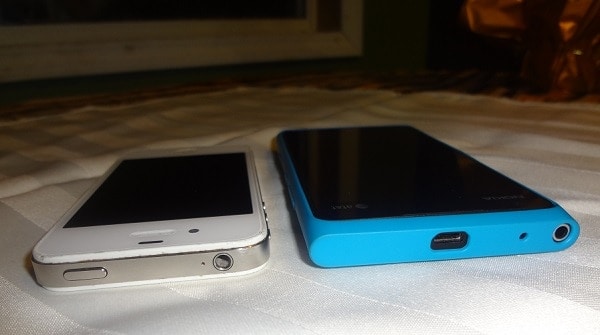 I’m a busy mom to an active toddler. I don’t always have time to grab the camera to capture her antics and so my phone becomes my back up camera since it’s always in hand. The 8 MP camera with flash took good pictures and the shutter button on the right of the Lumia allowed me to jump straight into the camera app from the lock screen, perfect for taking a quick snap.

I have very few complaints for the Nokia Lumia 900 but there are three minor issues. I live in an area with poor signal reception. Compared to the last two phones I had, the Lumia was sub par on keeping and holding my measly 1 bar. However, in areas with decent to awesome coverage ,the phone performed even better than my previous phones thanks to it’s blazing fast 4G LTE! Also, the charger did not fit well with the phone case. I had to take it off or risk it not charging well.

In short, the Nokia Lumia was able to keep up with everything I asked of it. From checking email on the go to organizing my schedule and participating into discussion boards online I was able to utilize many of the Lumia’s features. Compared to all of the great features and the price, my complaints are paltry.  For the price tag of just under $50 the Nokia Lumia 900 is a smart phone perfect for smart moms.  It also features great back to school apps, including Flashcards Dictionary.com, Amazon Kindle, Smartboard Calculator Free, BoxFiles for Dropbox, and Power Planner Free.

Thank you to Nokia for providing me with a phone to review. No additional compensation was received and all opinions are my own.