As a major history buff and a lover of all things barbecue, Alabama has always been high on my travel list. Last year, I had the opportunity to pay a very short visit to Montgomery and it was everything I had hoped. Fantastic BBQ, southern hospitality, sweet home Alabama charm and history rich in the Civil Rights movement. Sadly my time was too short, and there was so much left to explore. So it has me thinking, how awesome would it be to take an Alabama Road Trip with the family?

A Few of Our Favorites Places To Visit In Alabama

I would have to visit Montgomery again as I didn’t get to spend nearly enough time there. I would take the time to leisurely stroll through both sides of the Rosa Parks Museum. Did you know the museum is split in half? If you go in the main entrance you will walk through the “adult” portion of the museum. Not only will you find large pieces of photography and civil war era memorabilia, but you can also see a 1955 Montgomery city bus.

If you go in the right-side door you can tour the children’s portion of the museum that breaks down the era and the cause that so many were fighting for into terms children can understand. There is also the nearby Dexter Parsonage Museum on the site where Martin Luther King Jr. lived while leading the Montgomery bus boycott. Walking down the streets of Montgomery with its numerous markers and homages to all of the history that has happened there as though it is a living, breathing museum.

Try the Alabama Civil Rights Travel App to help you plan a vacation rich in history. 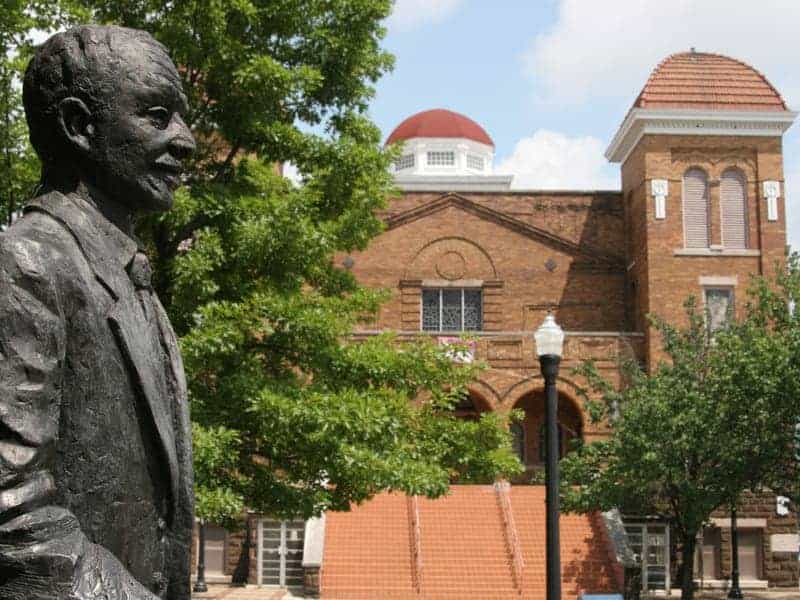 Another city that played a key role in the civil rights movement is Birmingham, although the city has so much more to offer today. For starters, Alabama’s largest city is known for for it’s food, unusual shops and wonderful architecture. Since I’m always looking to fill my belly with deliciousness lets start with the food. Since 1957, Bob Sykes Bar-B-Q has served barbecue pork and chicken slow-cooked over hickory wood. They’re signature dish is the Barbecue Pork Sandwich, of course.

If you’re a foodie, you should know that the Alabama Tourism Department has declared 2015 as the “Year of the Alabama BBQ“. They’ve also declared that the BBQ in their state is the BEST in the US. With the help of their Alabama BBQ App you can find all of the best places to fill your tummy with delicious southern BBQ in Birmingham and beyond.

Once you’ve rolled yourself away from the table you can check out Birmingham’s unusual shops like Alabama’s first fair trade store, Sojourns, before passing out in a food coma at Birmingham’s oldest hotel, The Tutwiler. 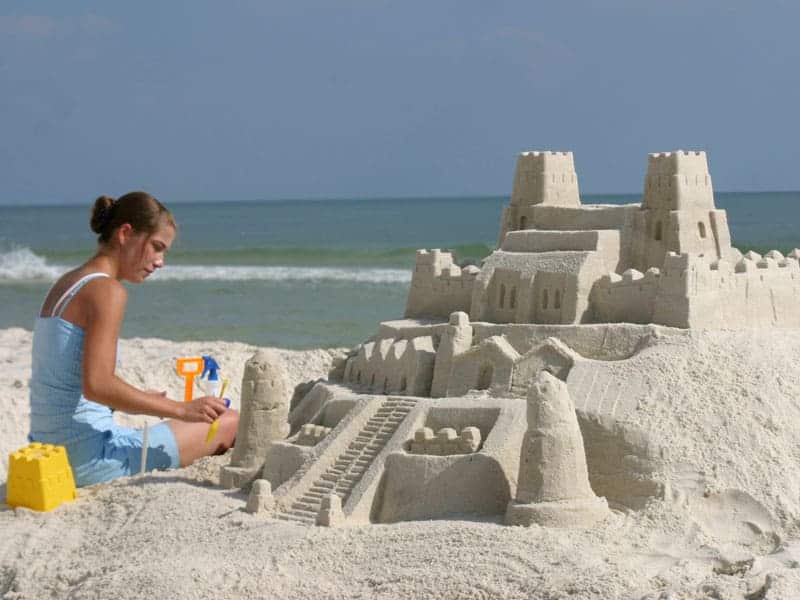 Building sand castles with the kids, soaking up a few rays with a good book and listening to the waves crash along the shore while dining seaside at sunset are enough to make me feel as though I’ve been swept away into a Nicholas Sparks book. With it’s miles and miles of beaches, dining establishments and family friendly activities the shores offer such an escape. At the juncture of AL Hwy 59 and AL Hwy 182 families will find public beach access, a little spot called The Hangout that’s ideal for families, and accommodations ranging from hotels and condos to beach houses.

Plan your trip along the shore or anywhere thru Alabama with the Alabama Road Trips App.

This is a sponsored conversation written by me on behalf of Alabama Tourism. The opinions and text are all mine.