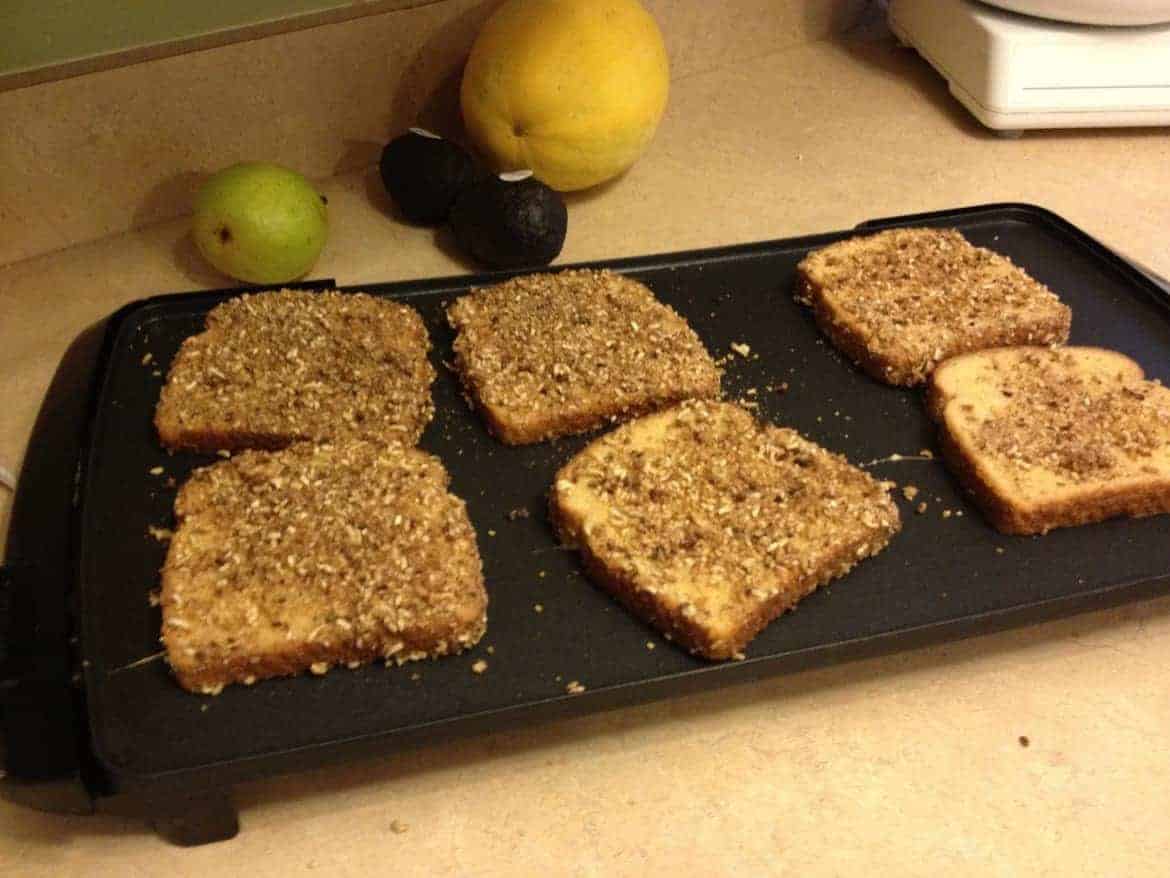 When I was first approached to try out some recipes from the book, Ramen To The Rescue, I was…hesitant. Don’t get me wrong, I love ramen as much as the next frazzled mother — it’s cheap, it’s quick, and it’s tasty, but I just couldn’t  seem to get over how weird it would be to put ramen on my breakfast plate. I was also concerned because when you prepare ramen as it is instructed the sodium levels are so high. I was pleased to find this recipe, as well as many others in the book instruct you to toss the seasoning packet and use the noodles only. Good news for my conscience!

This Ramen-Crusted Cinnamon French Toast was absolutely delightful, it was a quick way to dress up a classic breakfast dish. I was really pleased with the end result. French toast isn’t my favorite thing, sometimes the “egginess” of it is a little much for my tastes, the sweet and crunchy ramen crust in this version, however,  totally resolved my egginess issue! So the next time you are making french toast, pull out a package of ramen, you won’t be sorry!  And for that matter, check out Ramen to the Rescue, there are over 120  easy recipes with some really creative ways to use your ramen (I’m talking, Ramen-Breaded Onion Rings, Chicken Pot Pie, and Lemon-Ginger Cheesecake with Ramen Crust!)

Bread that is slightly stale makes the best French, toast, because it is dried out enough to absorb the egg custard. If your bread is still moist, you could put it in a warm (200dg) oven until the center of the bread starts to dry out a little, 5-10 minutes.

*Disclaimer: I received a product or services in exchange for sharing this information with my readers.  All thoughts and opinions are 100% my own.