It’s been 3 years since we first met Blu, Jewel, Nigel and the rest of their feathery friends in Rio. My daughter absolutely LOVED the first Rio movie. She proclaimed that macaws were her favorite bird in the whole wide world and would sing the songs from the soundtrack endlessly. I recently had the opportunity to see a sneak peek of Rio 2 and it looks just as good, if not better than the first one!

The entire cast of the animated smash RIO returns in RIO 2, and they are joined by a new flock of top actors and musical talents. Rich with grandeur, character, color and music, RIO 2 finds Jewel (Anne Hathaway), Blu (Jesse Eisenberg) and their three kids leaving their domesticated life in that magical city for a journey to the Amazon.

Much like the first movie, music is a key element in the sequel. The opening musical number is performed by Janelle Monae and is a toe-tapping, colorful scene.

We learn that Linda and Tulio are on an expedition and have found evidence that there are more of Jewel and Blu’s kind in the Amazon.

Jewel immediately decides that they should take a family trip to the Amazon with their children, much to Blu’s dismay. You’ll remember from the first movie that Jewel is wild and adventurous, whereas Blu is very cautious. The parenting dynamic between them is clear that they do not always see eye to eye on how to raise their little ones.

When Blu and the family arrive in the rain forest, they discover that Jewel’s family is living nearby. There’s a very touching reunion scene between Jewel and her dad Eduardo, played by Andy Garcia. 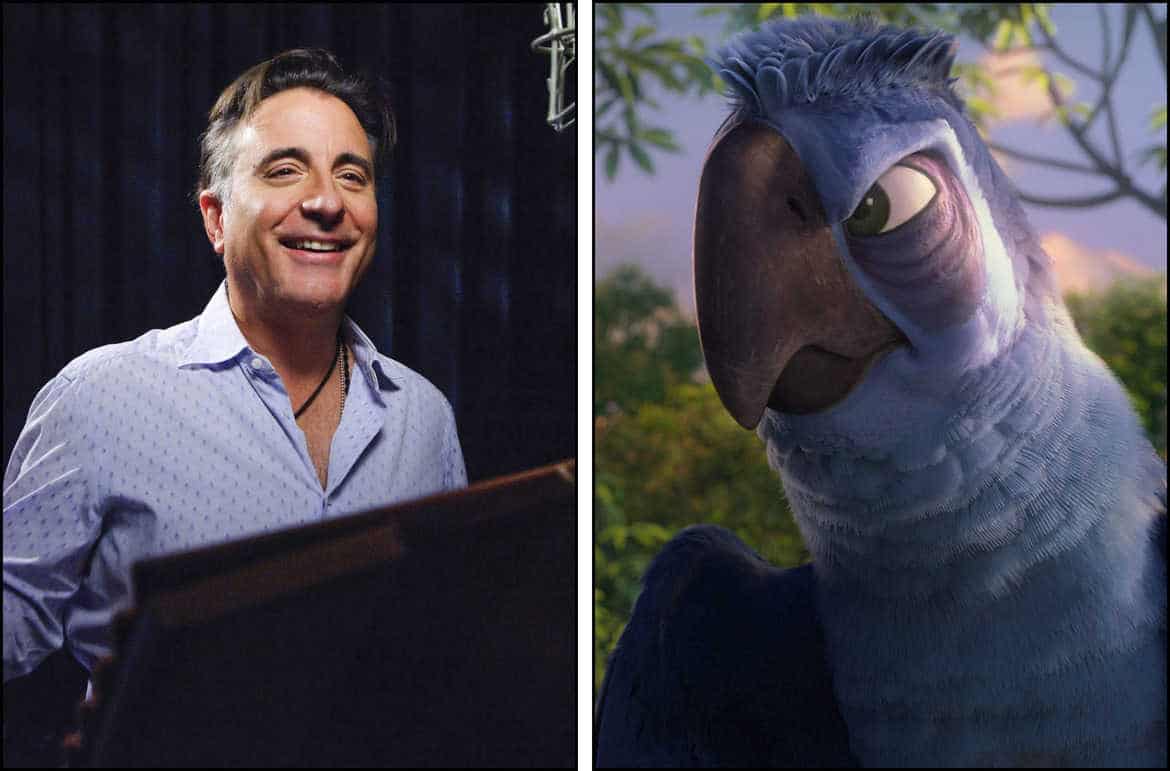 Shortly after Jewel’s arrival, a huge celebration takes place. This musical number is visually stunning, with colorful birds dazzling during a flying sequence. The music accompanying this scene is from the Brazilian group Barbatuques, a band that uses body percussion to make their music.

Nigel the evil white cockatoo is back on the scene, working as a fortune teller and looking for revenge. His goal? To destroy Blu and his family! He is joined by Gabi (a pink poisonous frog, voiced by Kristin Chenoweth) and a mute anteater named Charlie.

The film also stars Grammy winner and recent Super Bowl Halftime performer Bruno Mars. He plays Roberto, Jewel’s childhood friend and ex-boyfriend. I can only imagine what friction this will cause!

The movie brings up themes such as friendship, family and being hopeful for the future. Although I didn’t see the entire movie, the ten or so scenes that I did see were gorgeous, rich in color and lively with music. I just know that families will be flocking to the theaters to see it!

Images courtesy of 20th Century Fox. I attended a press event for this film. All opinions are my own.

6 thoughts on “Our Feathery Friends Are Back in Rio 2”