Over the course of my blogging career, I’ve had the opportunity to interview more than my fair share of Hollywood talent. Few interviews have had me as excited as the prospect of interviewing Goldie Hawn, a legendary actress, and Amy Schumer, an actress known for making waves in the entertainment industry – in many of the best ways. Thanks to 20th Century Fox, I recently had this amazing opportunity to sit and chat with both, along with the Director and Producer of the film. At the end of the day, we laughed, we cried and we celebrated the beauty of relationships between mothers and daughters everywhere. There’s so many reasons you’ll want to take Mom on a movie date to see Snatched this Mother’s Day weekend, but don’t just take my word for it – here’s what the people who made the film had to say…

After her boyfriend dumps her on the eve of their exotic vacation, impetuous dreamer Emily Middleton (Amy Schumer) persuades her ultra-cautious mother, Linda (Goldie Hawn) to travel with her to paradise. Polar opposites, Emily and Linda realize that working through their differences as mother and daughter – in unpredictable, hilarious fashion – is the only way to escape the wildly outrageous jungle adventure they have fallen into.

Mr. Paul Feig:  Amy  had written the script based loosely on her experiences with her mom, who had gone through a divorce and all this. It was just such a funny script, but I didn’t have time in my schedule to do it.  But we really loved it.  And then that’s when Jonathan came on.  And we’re such big fans of Jonathan that it was a really good match.

Mr. Jonathan Levine:  I was very excited to work with Amy.  I loved Trainwreck.  I loved Katie’s writing and her work with Paul.  And the script I read was just fantastic and had this great kind of mother-daughter relationship at the heart of it.

And having just had this little boy that I just used as a prop, it was really on my mind.  It was all these things that–as a new parent, I was thinking about all the things that I sort of was critical of my mom for and then started to empathize a lot more as I started to make those very same mistakes.

At the heart of the movie are two things.  It’s about learning to see your mom as a person again. From the mom’s perspective, it’s about her sort of learning to reconnect with that person she was before she had her daughter, or early on when she was a mom.

Ms. Amy Schumer: We really wanted this to be a movie about mothers and daughters and just how unique that dynamic is.  And once we realized we had the same goal in mind to tell the story through a lot of laughs but really have it grounded in a real relationship, we were like, “Let’s do this.”

Ms. Amy Schumer:  Well, there’s a lot of things taken from my exact real life with my mom. There’s a line where we say, “Just because you can’t control this moment, you don’t have to lash out at me.” And that came from it exactly.

What I would say that, the character and my mom have in common is I think my mom’s very pretty also. They are good at playing passive aggressive and also really funny and the victim.  They can be the one making you laugh or they kind of let you laugh at them.

I just drew from those moments that I think we can all relate to, when you hear about something happened somewhere, and you know your kid is so far from there but you got to just check. My mom would call and be like, “There was an earthquake in California.”  I’m like, “You know I’m in New York.”

So, Goldie, why did you want to take on the role?

Ms. Goldie Hawn:  Well, I wanted the role to take on me, actually because it was really a perfect situation.  Actually, I’ve been away from movies for a while, and I really was ready, ripe.

But the truth is, there’s very little stuff out there for women of a certain age.  And when this came about, it was sort of a dream come true, meeting Amy, who had a sensibility, a similar humor, the ability to make you laugh and cry, sometimes at the same time.  It’s a gift and it’s a talent.

And it’s a part of being able to tell a whole story, not just jokes, not just laughs, not just a silly comedy, but something that actually could say something.  So, I was stimulated by that, and also the process in which it takes to get there. 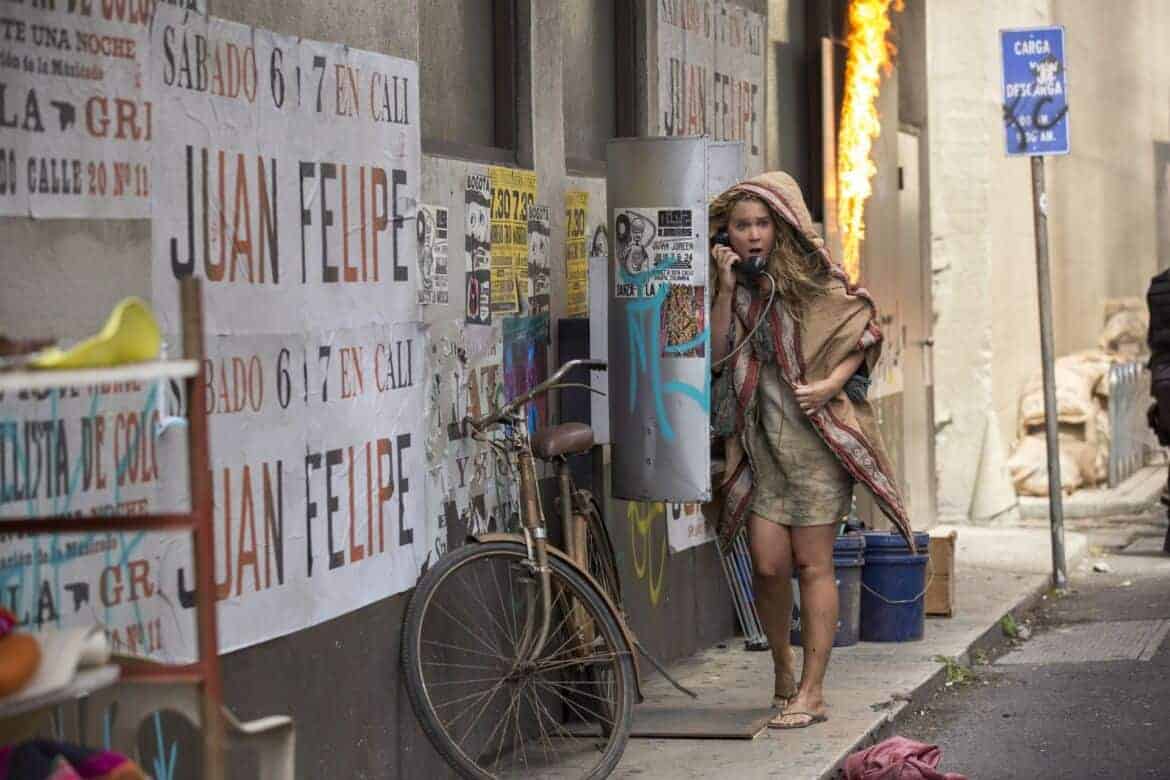 Ms. Amy Schumer:  Yes, and I’ll try not to cry.  No, I’ll probably cry.  My mom and I were always really close.  And then, I turned 12 and she kind of utilized me more as a friend.

Then we got close again.  And then at about 30, I kind of took in my whole life and saw the mistakes that she had made, and it really hurt me.  And now at 35, because it’s a constant evolution and it’s a constant negotiation, your relationships with your family, your whole family.

But I really look at her as someone’s daughter.  And I know she did the best that she could and she continues to.  And I really try to love her for who she is, because you said this once.  You just crave your mother.

There’s a moment in the movie where I hug her and I just say, “You’re always there,” like, if I call you at 3:00 in the morning.  I have a nightmare and I can still call my mom and she’ll pick up.  She always answers. And so, no matter what happens with you two, it’s this bond. That’s what this movie is, you know?  And everyone will run out and call their moms.

And yes, it is this constant negotiation, but I really try to just love and accept her like she’s always done for me. It’s just biological. It’s this insane connection.

Mr. Paul Feig:  We really want this movie to be pro mom.  You know, Amy’s the girl who’s not quite growing up.  But, we have great sympathy for mothers.   And just the idea that here’s mom, yes, stuck in a rut, but the terrible thing we do when we’re younger, just like put all this baggage on a mom and think she’s this and that.

There’s a nice scene right in the first act where they’re off on vacation together, and they see this older man with this really young woman walking around.  And Goldie’s divorced, and she makes some joke about, “Well, I didn’t realize they had a daycare center here.”  And Amy laughs with her.  And it’s a very warm moment.

That, to me, was like the defining moment.  That was the first day of the shoot.  I was like, “Oh, this is so great,” because it’s not just like, mom’s an asshole, and then she wins in the end.  You have such empathy for this relationship that they have.  And that warmth, because of that chemistry that they have just carries through through the whole movie.  And it’s really exciting to watch.

Mr. Jonathan Levine:  And as much as the movie is sort of told from the daughter’s perspective, I think you empathize with the mother more than anything. 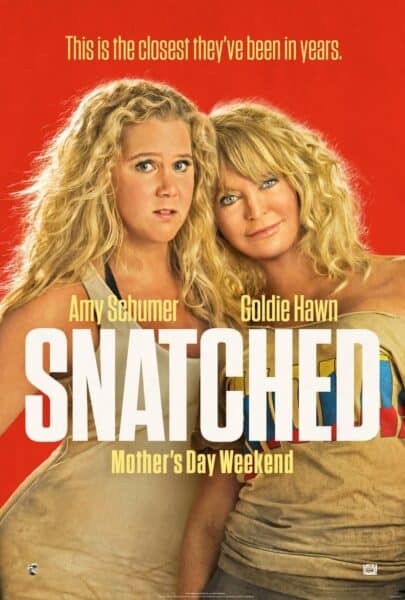 Snatched is in theaters May 12, Mother’s Day Weekend!