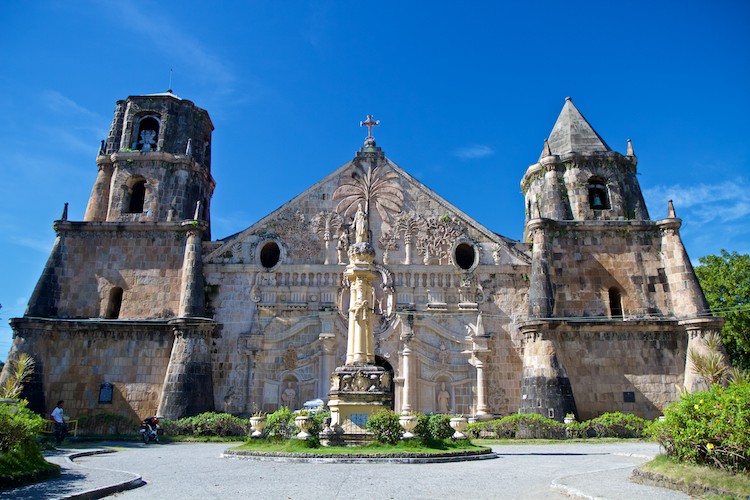 A picture may be worth a thousand words, but architecture tells the story of centuries that have come and gone. The looming monuments of previous centuries give us a glimpse of what life used to be like and remain as pieces of history that tell of the people before us. In Iloilo Province in the Philippines, the Church of Saint Thomas Villanova, commonly known as the Miagao Church, captures components of the long and complicated history of the Philippines. Its beauty and Spanish flavored elegance have made it an important religious structure.

Originally the church construction started in 1731 and began in a different location. However, during its creation, pirates invaded the church and destroyed all efforts. In 1787, construction began again in the town of Miagao and it was successfully completed in 1797. The massive church still sits today a top a large hill with a view of the Miagao River.  Its location and unique structure was meant to withstand invasions and attacks, which it has for over two centuries. During those two centuries, it also withstood two fires during the Revolution against Spain and World War II. It is no wonder it has sustained such catastrophe considering the foundation sits almost twenty feet deep and the walls are three feet thick with buttresses about 9 feet in width. 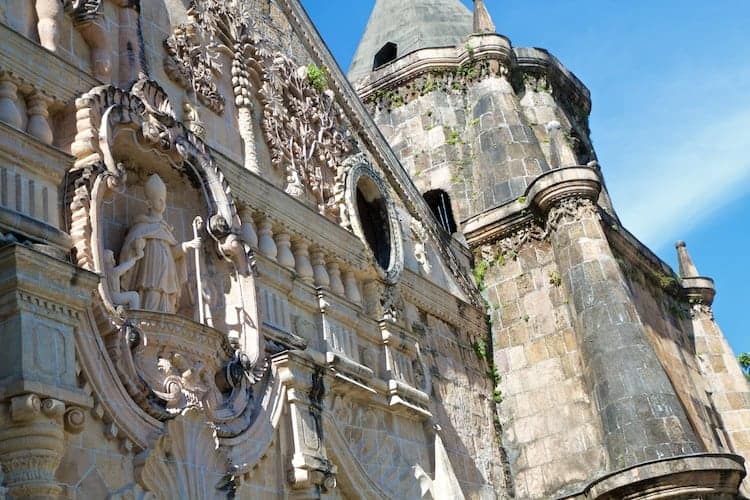 Its elaborate details and strong structure tell of great design, but this substantial church in fact had no true architect. Spanish friars managed the work of artisans and craftsmen to create the masterpiece. Built from stone from a nearby quarry, the entrance is adorned with two immense towers with wide set bases. One tower looms three stories high while the other still threatens at two stories. The entrance is also where beautiful relief sculptures adorn the façade and depict a Filipino interpretation of the story of Saint Christopher as he carried the Christ child across a river. Then, life size carvings of the Pope and Saint Henry along with their coat of arms protect the entrance way. The painstaking work tells of the dedication and deep christian faith during the eighteenth century. 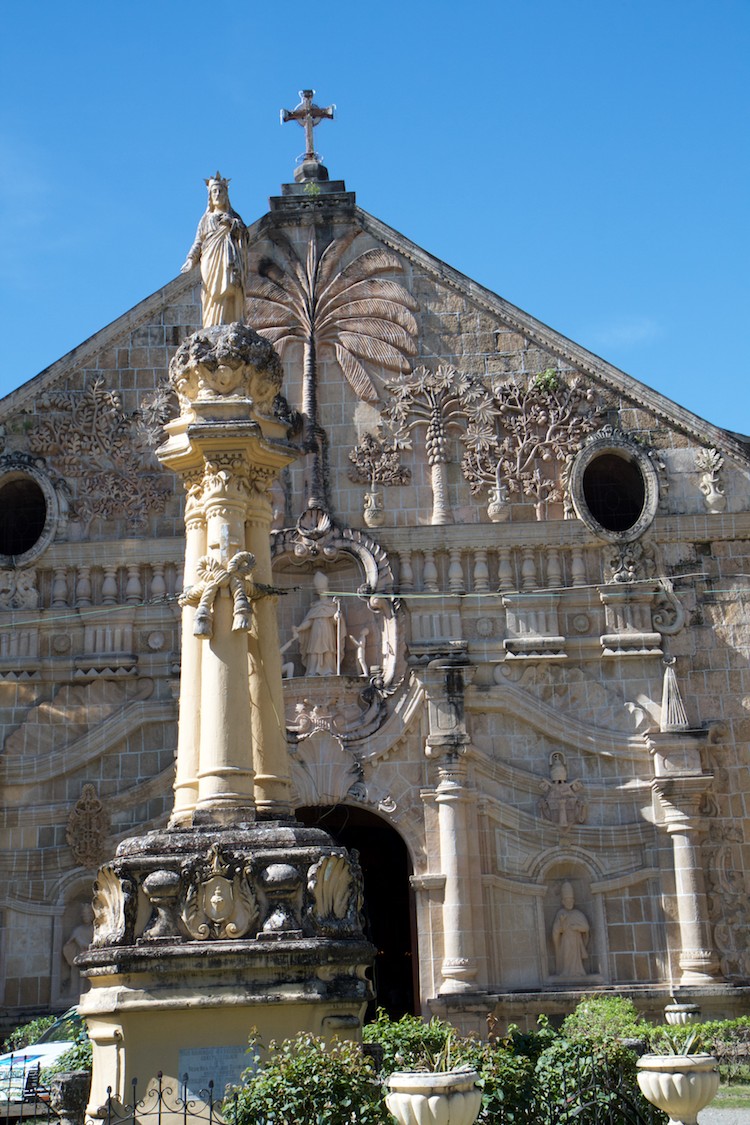 Built during the Spanish colonization, its stunning Baroque style has put it on the list of World Heritage Sites created by UNESCO. The talent and history of the people of Miagao live on in this exquisite church. It has become a point of pride and a testament to what the Philippines have survived. The Church of Miagao is a living metaphor showcasing the strength of a country.

13 thoughts on “The Story of the Miagao Fortress Church”