Music lovers, musicians, and anyone wanting a unique museum experience should plan a trip to the Musical Instrument Museum in Phoenix, Arizona. Former Target Chief Executive, Robert J. Ulrich, was inspired to found the museum after experiencing the musical instruments museum in Brussels, Belgium for the third time. Mr. Ulrich lives in Minneapolis, so why did he open the museum in Phoenix? 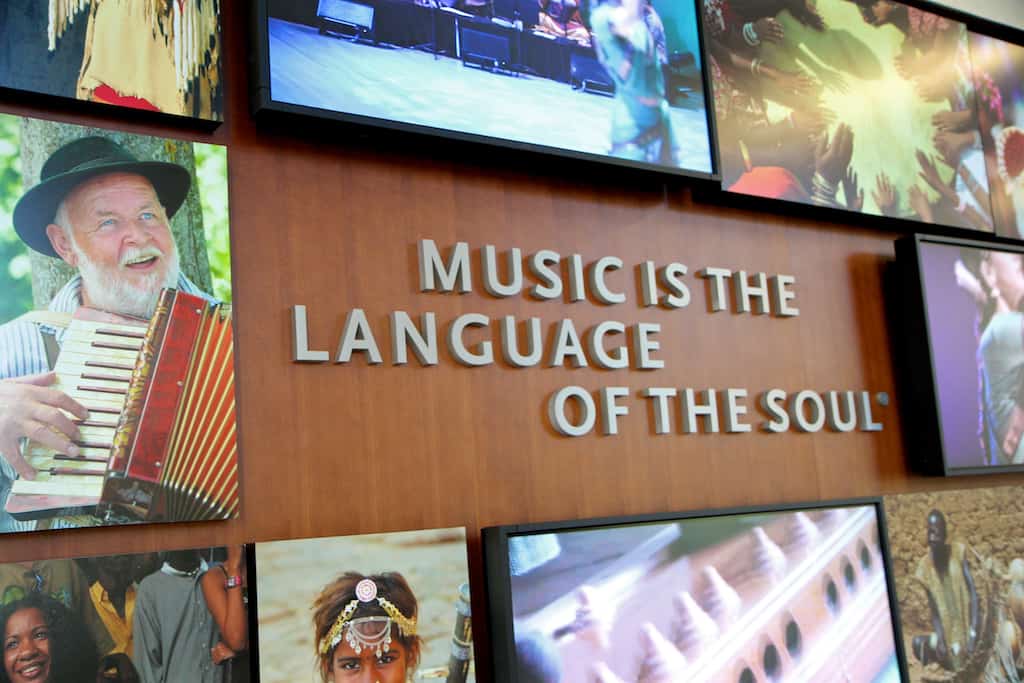 Why not? Mr. Ulrich and his partners felt it was the perfect match, since Phoenix is a popular location for tourists and conventions, with visitors that have an appreciation for world class attractions. The museum sits on 20 acres, is 200,000 square feet of exhibits, and contains 15,000 instruments, with about 5,000 on display at any one time. Some of the instruments are on loan while others are owned by the museum. 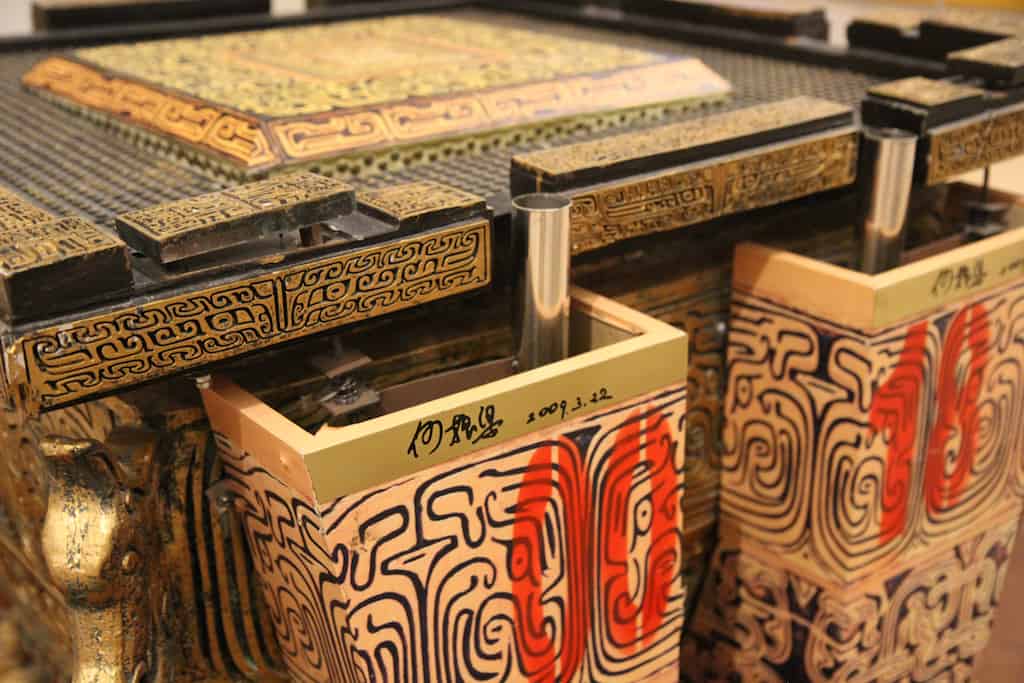 Touring the museum, I was issued a Sennheiser guidePORT compact receiver with headphones which provides the audio for over 300 places around the museum where videos offer the history of an instrument or you’re able to listen to the instrument. Its completely automatic and self paced, so you can spend as much or as little time touring the museum as you choose, but the average visitor spends three hours experiencing all the exhibits. With two levels, and a children’s area which allows kids to explore, and make music, I was captivated, and recommend you plan to spend an afternoon inside immersing yourself in this inspiring museum. 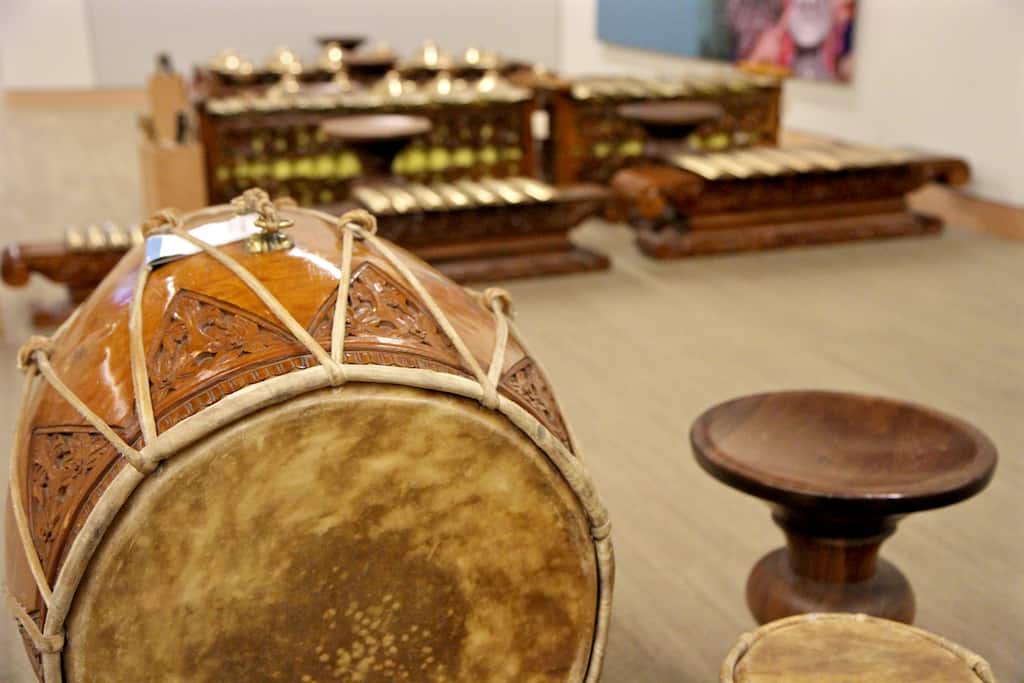 There’s also a cafe on site, where everything on the menu is prepared from scratch using fresh local ingredients. It’s open daily from 11-2, and the menu changes daily depending on the ingredients available. My pork chop salad was beautiful and the flavors were incredible. 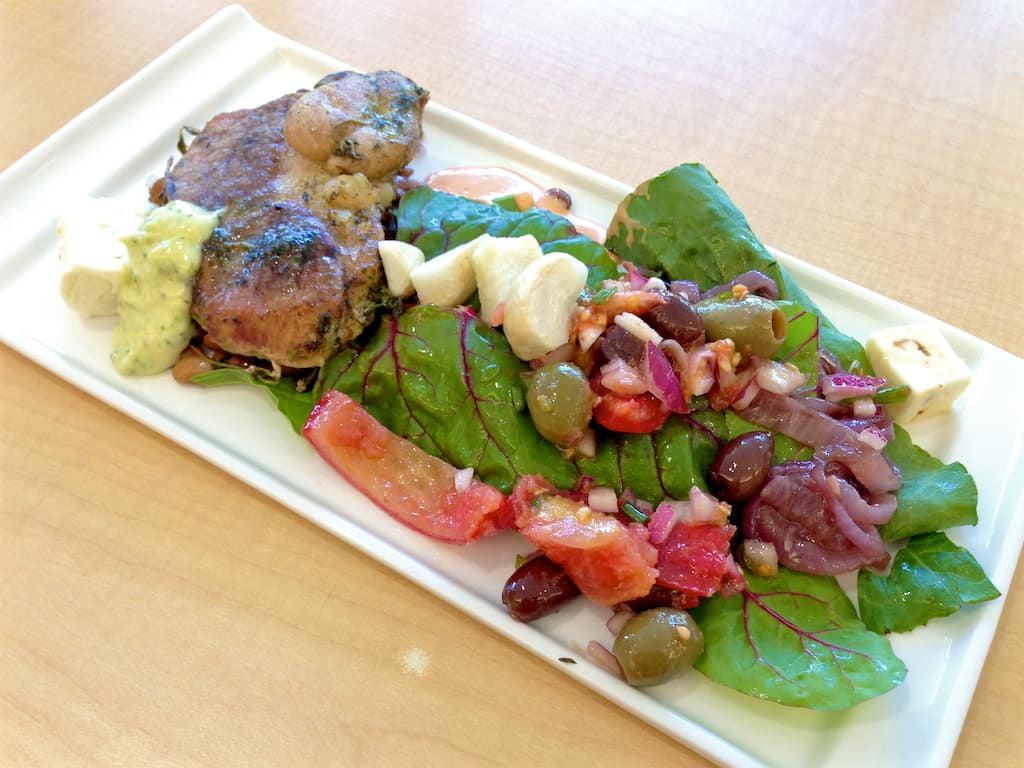 There’s some seriously cool stuff in this museum, like the guitar cover used on Elvis’ Gibson J-200 in all 20 live appearances in 1957. The “starclassic maple” drum kit from Black Eyed Peas drummer Keith Harris, yes the thought crossed my mind to sneak over and bang out a few notes.

Of course I didn’t, but Kas and I played a little chopsticks on the Steinway, that anyone can play. And I might have fallen in love with the boots Taylor Swift wore in her music video for “Tim McGraw” song. 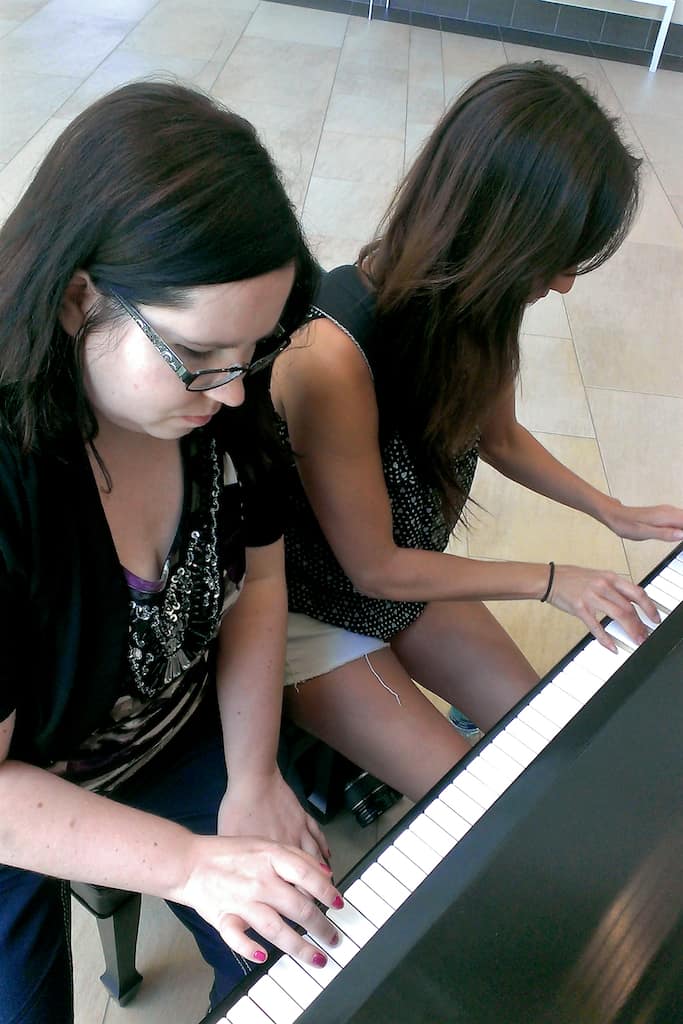 This year the museum will celebrate its third anniversary. It’s open 363 days of the year, closed only on Thanksgiving and Christmas.  Admission is $10 for children over three, $14 for children 13-19 and $18 for adults. Learn more about the Musical Instrument Museum on Facebook or follow them on Twitter @MIMphx.