Oakland is unlike anywhere else in the country. Here’s the lowdown on what you need to know before you go. 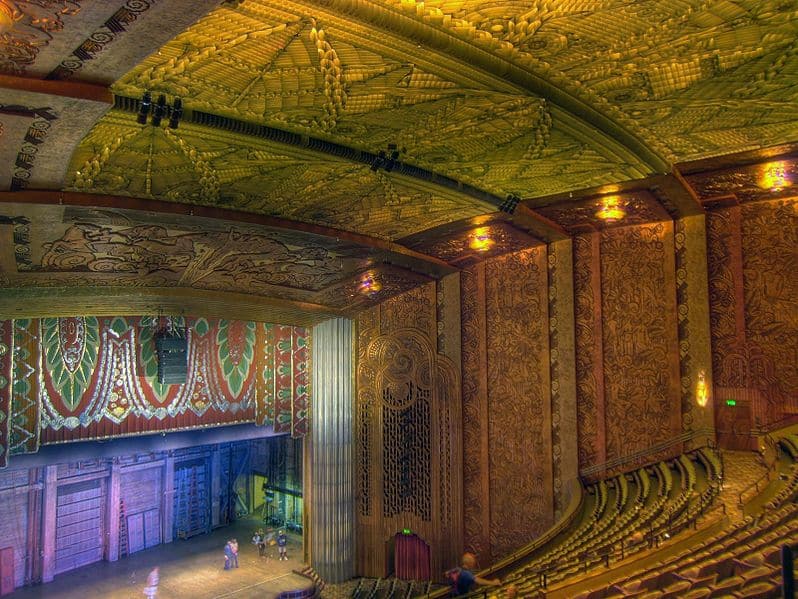 Oakland is not San Francisco. It has its own architecture, and this cityscape includes some amazing holdovers from the economic boom the city experienced in the 1920s. In downtown Oakland, the recently refurbished Fox Theater hosts concerts, giving big and small acts a stage in Oakland. The Paramount not only screens films, but also hosts classical concerts and dance performances. Make the time to take a tour of the 1931 building, situated right downtown and close to many Oakland hotels.

The Black Panther Party for Self-Defense was founded in Oakland in 1966 by Huey Newton and Bobby Seale. Through community organizing, they fought for working-class unity across the spectrum of color and gender and were instrumental in civil-rights breakthroughs of the twentieth century as well as the radical tradition that lives on in Oakland today.

Oakland is ranked as the nation’s most diverse city under 400,000 people. With a population that, according to the 2010 Bay Area census, is 27 percent black, 25 percent Latino, 26 percent white and 17 percent Asian, and with residents from all over the world, you can hear many languages and experience many cultures from downtown to International Boulevard.

The East Bay is renowned for its natural splendor. Within minutes you can be in remarkable parks; many recreation areas are even accessible by mass transit. Tilden Regional Park, Joaquin Miller Park and Sibley Volcanic Regional Preserve are amazing places to while away an afternoon.

Raider Nation has its home base at the Oakland Coliseum, which it shares with the Oakland A’s. Other things shared by both local football and baseball fans include fierce loyalty, high volumes and excellent accessories.

6. Casual walks around the lake

No trip to California is complete without spending some time outdoors, and Lake Merritt is the perfect place to do just that. Whether you’re having a picnic by the pergola, leisurely strolling the three-mile loop around the ecosystem at the heart of Oakland, or just passing by on your way to the Saturday farmers market, the lake is not to be missed.

Oakland has more artists per capita than any other city. Cheap rents have been favorable to artists, and an adventurous scene sustains culture workers that might not be able to get support elsewhere. While the city is home to the famous First Friday Art Murmur, its galleries also thrive during the rest of the month. One to note is Creative Growth, which supports adults with disabilities in a professional studio and gallery environment and has brilliant shows.

“I hella love Oakland,” is a thing you will hear people say. “Hella,” meaning “a lot,” originated in the East Bay Area when “hell of” just wasn’t, well, strong enough. You might also hear “hella cool,” “hella tight,” or “hella dope.”

Oakland International Airport is located just 45 minutes by train from downtown Oakland. International and domestic flights are available to and from Oakland on a wide variety of carriers.

Live a little history at Heinold’s First and Last Chance saloon, frequented by London himself, and make your own story with a visit to Blue Bottle Coffee on Webster or the Sunday farmers market. This is also where you catch the ferry to San Francisco — a spectacular commuter secret. Many Oakland hotels are also located in the vicinity.

Oakland has a unique identity that makes it unforgettable. Pack your walking shoes and your dancing shoes — you’re in for a wild ride!