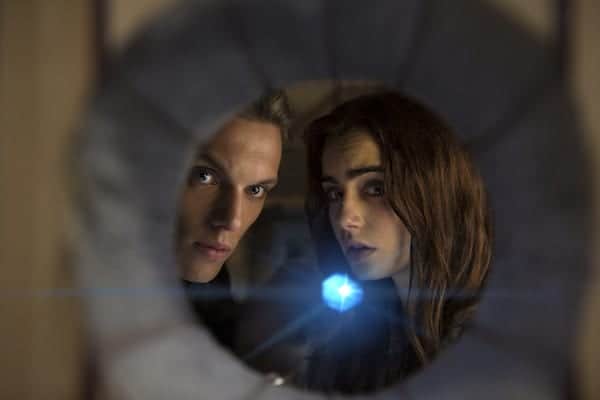 For the past few years, the debate has been Team Edward or Team Jacob. Last year it suddenly became Team Gale or Team Peeta with the Teen book series Hunger Games “catching fire” across the nation. Now with the popularity of the Teen series The Immortal Instruments, today’s question is are you Team Jace or Team Simon? Hollywood has finally figured it out. To make the big bucks, you need to draw the movie goers in by recreating our favorite books on the silver screen. 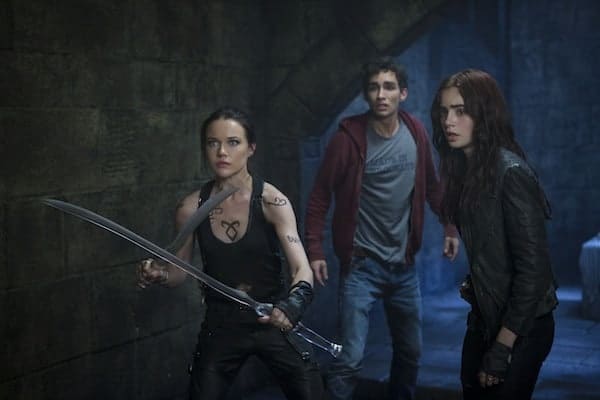 The Mortal Instruments: City of Bones is about a girl named Clary Fray who has a life changing moment when she realizes she can see demons. Alongside her new Shadowhunter friends, Clary takes off on an adventure to find her missing mother and the Immortal Cup that she has tried so desperately to hide. Clary falls in love with a Shadowhunter named Jace who has a very dark past and does not let people in. For some reason, they just hit it off and you hope that they will get together. If you are a fan of the series like I am, you will be happy with the visual effects and actors portraying your beloved characters.

The one complaint I had when the movie Twilight came out was that the characters didn’t seem to have that emotional level with each other that I was hoping for, but Lily Collins and Jamie Campbell Bower do an excellent job of connecting on the screen. There is never that awkward feeling between the two of them. From the moment they meet, you can see the connections between the two of them. The first part of the movie meshed well with the first book, but if you have only read the first book, you will be lost towards the end because it starts to dabble into the second one. The characters of Isabel and Alec are only given the basic introduction, and if you haven’t read the books, you would have no idea how they all tie together. There is no back story to any of them, so it may be hard for people to follow who don’t know it already. 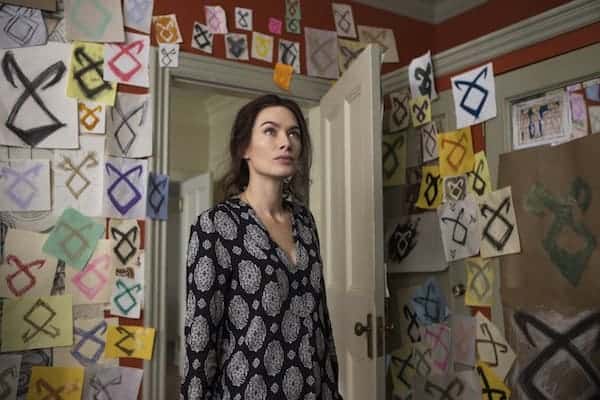 Overall, I really enjoyed the movie and I hope that it gets enough buzz to have them make more. The actors were spot on, the graphics were fun and entertaining, and the storyline is exciting. I was a little disappointed that the scenes felt like they were on fast forward – by the time you start to understand what is going on, you are already off to the next scene. I also think they could had taken more time with character development. These characters have a story to tell, and you don’t always get to see that.  Regardless, I would recommend this to not only those who have read this book series, but also those who are into fantasy type movies as well. I’m looking forward to seeing more of Jamie Campbell Bower as Jace. He really nailed it!

Coverage brought to you by Surf and Sunshine Contributing Journalist Laura G. who attended an advance press screening in order to facilitate this review. All opinions are original.