This is a sponsored post written by me on behalf of Fisher-Price for IZEA. All opinions are 100% mine.

Isn’t it funny how little boys are drawn like magnets to things that move? I think it’s built into their nature. There is something about planes, trains, cars and ships that tap into the essence of them and the way they’re always moving. To boys, and I think all kids, things that move are simply more fun than those that don’t. Give something wheels and suddenly it’s unpredictable. Put those objects on a track and suddenly you’ve given them just enough structure to spark their imagination with the freedom of movement to catapult them into a world of play. Which is why toys like train sets make such awesome holiday gifts. Not only does it tape into this need for movement and imagination but they’re one of those toys that can be played with for hours, like the new Fisher-Price Thomas & Friends™ TrackMaster™ Shipwreck Rails Set. 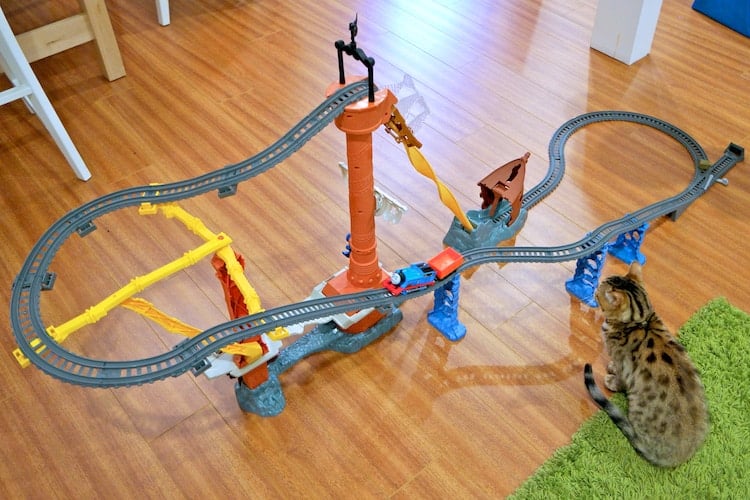 This fun set has a cool molded ship that’s just enough broken and dilapidated to spark curiosity about why it’s that way. Through it runs a winding track featuring steep inclines and upside-down spiraling twist meant to get little hearts pumping. As battery powered Thomas very narrowly escapes his perilous doom and teeters through the bow of the ship, treasure cargo is dumped into his cargo car. Plus, this TrackMaster set is compatible with all of the other TrackMaster sets so junior conductors can keep expanding all year – setting you up for no-brainer holiday and birthday gifts! 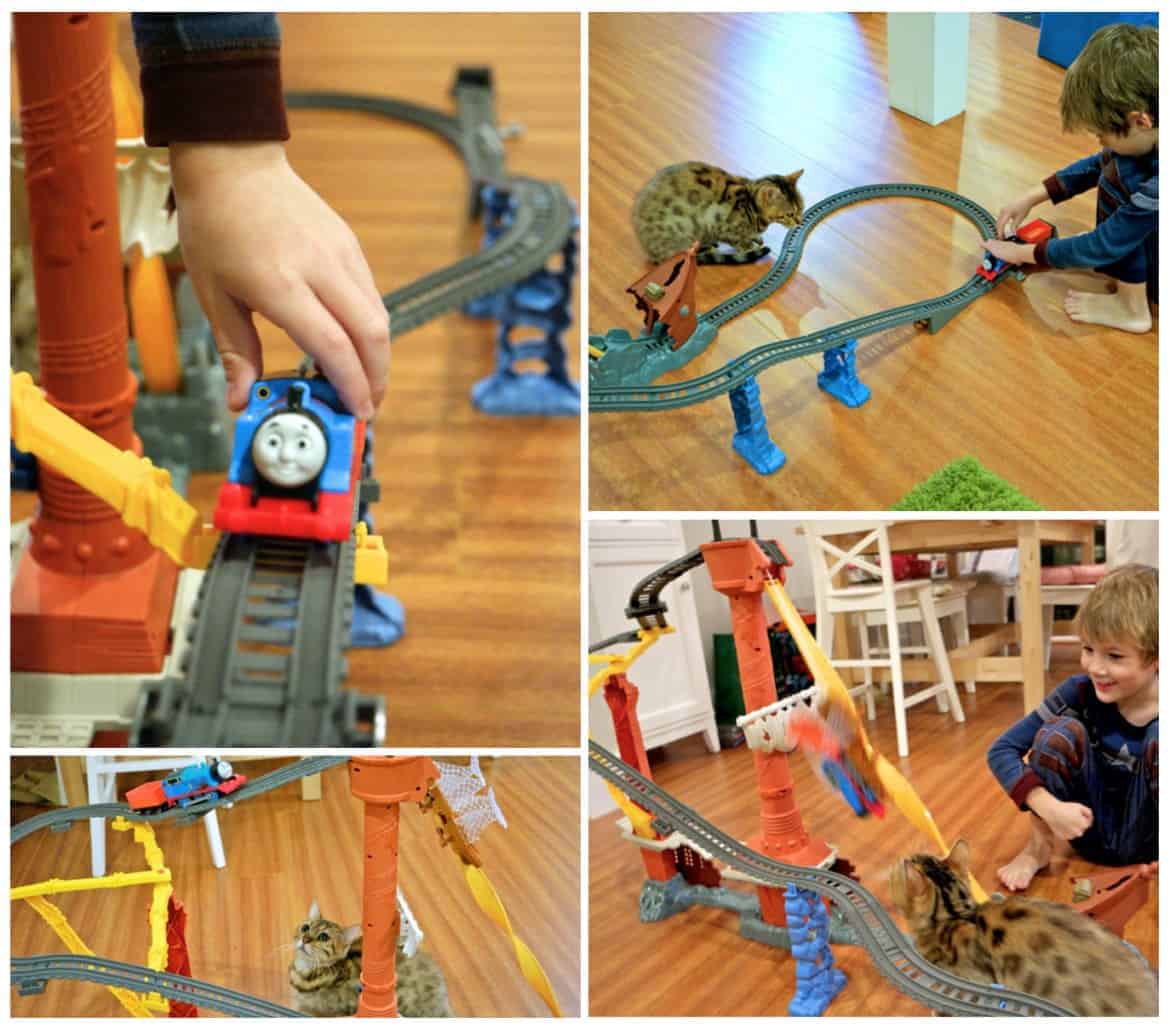 Trains, treasure and ship wrecks? These are the things little boys dream of. But as fun as make-believe is, it can be even more fun when the toy you’re playing with mimics “real life events.” The Shipwreck Rails Set is actually inspired by Thomas & Friends DVD, Sodor’s Legend of the Lost Treasure.

Shiver me timbers! Surprises await Thomas and his friends as they dig up their most daring adventure yet. Unearthing an old pirate ship, Thomas is on the hunt for Sodor’s lost treasure. When Thomas rocks the boat with some new friends, trouble soon rushes in. Will Thomas track down the treasure in time or will Sailor John set sail with it?

Both Whistler and his cat Roxy were instantly fascinated with the set. After the first few rounds, all of a sudden it became a game of “Will Thomas make it to the treasure or will Pirate Roxy derail the adventure?”

Roxy is just as interested in capturing the treasure as Thomas the Train is and she will stop at nothing to get it before he does. Sometimes the treasure goes flying as she uses her catlike reflexes to actually intercept the treasure box before it lands in Thomas’ caboose!

Coincidentally enough, Whistler’s favorite part of the movie was a similar circumstance where the treasure falls out all over his head. My favorite part of the set is that it’s durable enough to withstand Pirate Roxy and yet also still easy enough for young hands and minds to put together or take apart. This would make a great gift for any young fellow, especially if it’s his first train set!

You can purchase the DVD and Playset at Walmart.