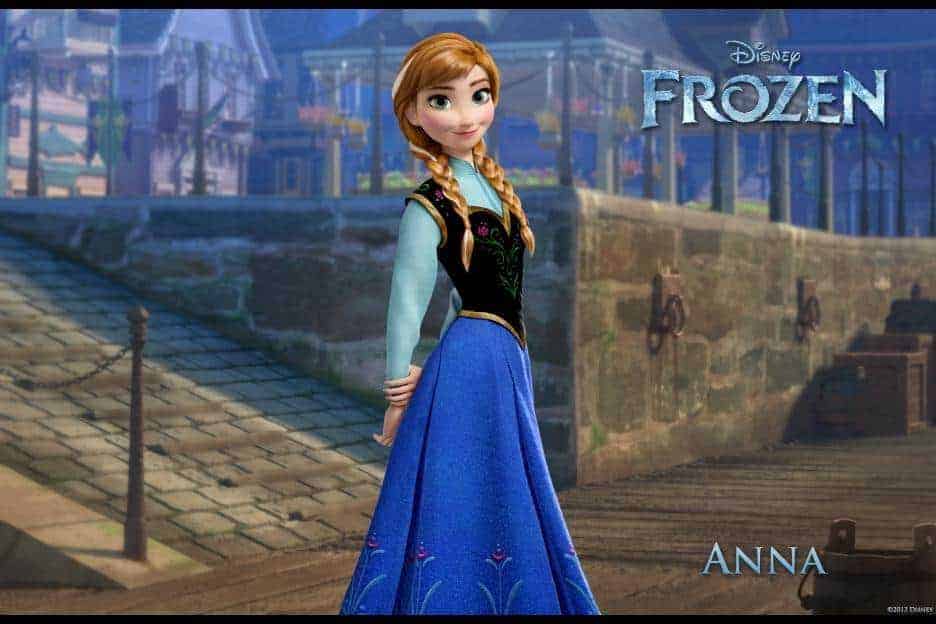 When I first heard that Kristin Bell would be in Disney’s newest animated feature Frozen, I thought “Oh, cool!” I have no problem admitting that I’m a little bit fangirl for Kristin. But I didn’t realize just how tailor-made she was for the voice of Anna until we sat down with her at a recent press trip for Disney’s Frozen.

Kristin has had her eye on being involved with a Disney film since she was 4 or 5 years old. Furthermore, who better to star in a Disney musical based film than an actress who graduated from New York University’s prestigious Tisch School of the Arts, where she studied musical theater? But it was so much more than that. This has literally been a match in the making for years but I just can’t tell it as well as Kristin herself.

Q. How did you get involved in the project?

I’ve always wanted to be in a Disney animated feature like since I was four years old or five years old. It was the first goal I had ever set for myself. But I auditioned for Tangled and after my audition the casting director pulled me aside and she said, oh that was great and if we go another way – which I think she knew they were – I want you to meet Chris Buck because he’s directing a project that’s a few years down the line called The Snow Queen, and I think you’d be right for it.
I had lunch with him in the Disney commissary that afternoon and he said, it’s a much more traditional Disney musical. When he actually offered me the part, I said yes.

Q. Did the musical aspect of it, singing scare you?

No, that was what incited me to want to do it, because I studied music in college and I trained operatically when I was a little girl. I love musical theater so, so, so much. I had done a few broadway shoes so I was so eager to get my hands on being a part of a musical again.

I saw the movie immediately after our interview and I was IMPRESSED with Kristen’s voice and singing – it’s just beautiful!! When we later interviewed the Directors and Producer of Frozen, they also admitted at being pleasantly surprised by Kristen’s talent. 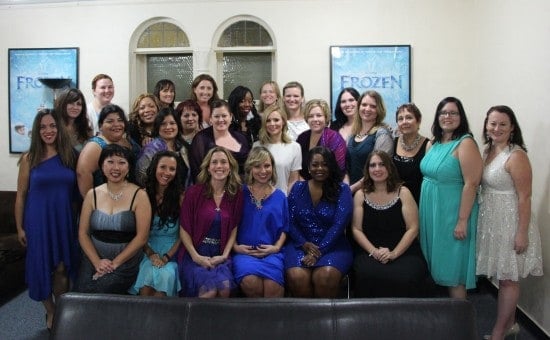 Q.What did you do to prepare?

I came in with so many ideas, because (how it ended up) was not how the movie was written at all. It went through quite a few rewrites. But I knew exactly what I wanted to do going in. I was like, I don’t want her to have good posture, I don’t want her to have dreamed of holding a sword her whole life. I didn’t want her to be one or the other of the archetypes that I was used to seeing. I just wanted her to be who I wanted to see on screen when I was little, which is someone who talks too much and too fast. And puts her foot in her mouth and is goofy, but really kind of likes people and being social and being positive.

And I really wanted her to also be proactive. I wanted her to be the driving force of the movie. And not just be the damsel that needs someone else, you know.

Also, when I cam in I was like, you know what, why does the sidekick get all the jokes? And no one had an answer, ’cause that’s the way they’ve done it, that’s the formula. And I said, well forget the formula – why can’t you write a funny heroine, why can’t you write a funny main character. I kept just kept pushing for places where I thought she could be funny and goofy,

‘Cause in my eyes, the beauty of Anna is that she’s so imperfect and she embraces all of her imperfections.

Thank you to Disney for inviting me to attend the premiere, interview Kristen Bell and share my experience with you. All opinions are my own. Interview photos of Kristen Bell courtesy of MomStart.