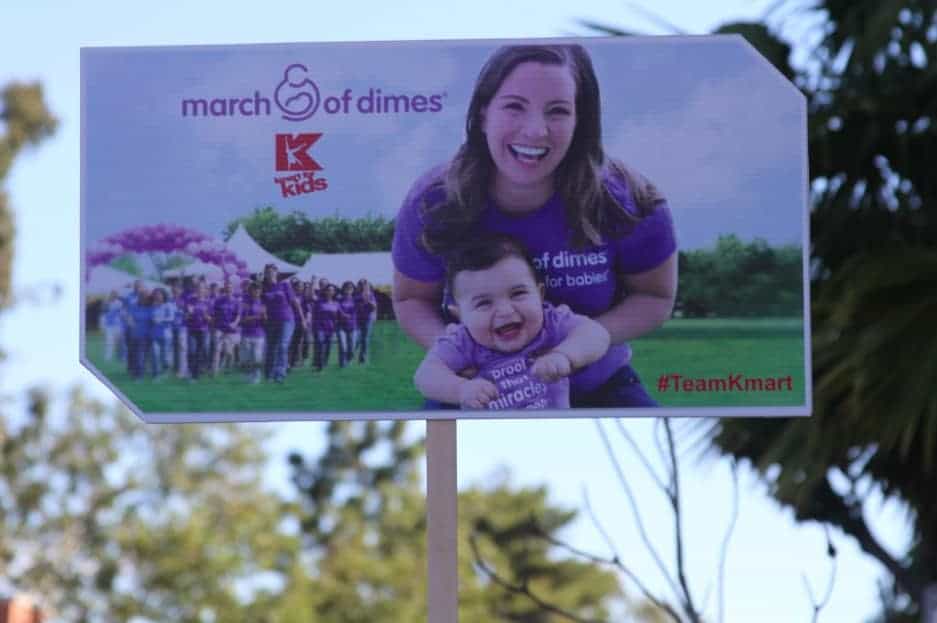 The United States has the highest infant death rate in the industrial world, with over 11,000 newborn babies surviving less than their first 24 hours each year. It’s a shockingly sad statistic, especially when compared to other nations, where America has 50% more first-day deaths than in all other industrial countries combined. While there’s no specific reason as to why America does so poorly in protecting newborns, a White Plains, New York based charity The March of Dimes is hoping to spread knowledge on premature births and help moms have full term-pregnancies, both in helping moms take charge of their health and supporting families when something goes wrong.

Founded in 1938 by then-President Franklin D. Roosevelt to combat polio, the name “March of Dimes” came from the foundation’s annual fundraising event, in which each child was asked to donate a dime. Through the name becoming synonymous with the nonprofit organization, March of Dimes was officially adopted as the name in 2007. While they no longer ask children to donate dimes specifically, local communities are asked to donate their time with their annual March for Babies events. 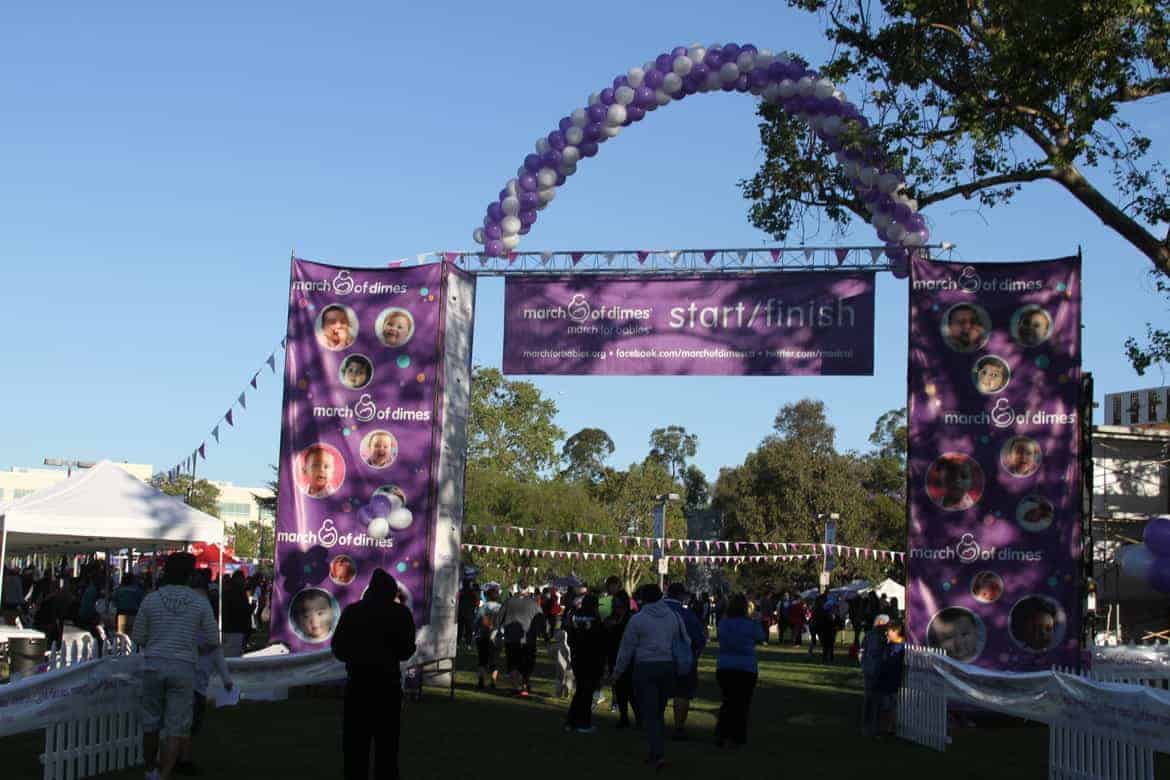 Each year, March for Babies walks are held in over 1,100 communities with 7 million people donating their time and efforts in order to collect donations that go towards funding research to prevent premature births, birth defects and infant mortality. The walk, which actually began in 1970 as the first charitable walking event in the United States, continues to see a growth in participation each year, and through their community events, have raised over $2 billion in funds. The March for Babies aren’t so much just walks, but rather community events, where the local area and major sponsors all come together to support a wonderful and worth-while cause.

This past Saturday morning, I was able to proudly join in and represent both Surf and Sunshine and Team Kmart during the LA March for Babies Walk held in Exposition Park. Representing Kmart was a huge honor, as they are the number one corporate sponsor for the March of Dimes Foundation, and have been contributing fundraising support for over four decades! Kmart was kind enough to donate $50 for myself and for everyone marching with team Surf and Sunshine during the event, where we were able to raise over $200! 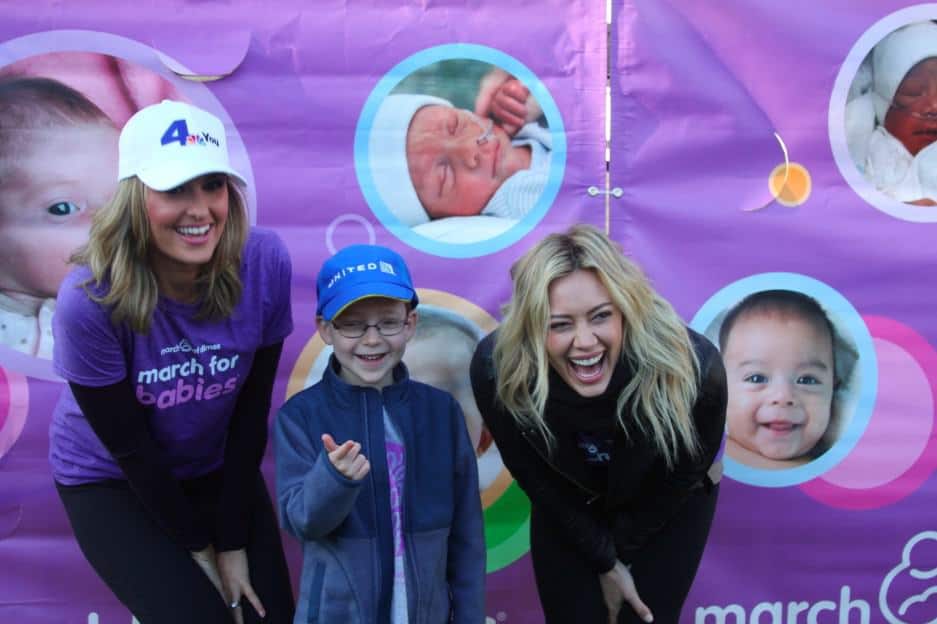 Registration began at 6:30 am with a variety of sponsor booths filling the park, providing stations for walkers to fill up on free sunscreen and chopstick for the run. A DJ and fun entertainment helped wake up sleepy participants, and at 8 am special speakers took the stage to inform walkers more on March for Babies and share some personal stories.

NBC Channel 4’s Crystal Egger and actress Hilary Duff were both on hand to co-emcee the event, sharing their experiences as moms, and in Egger’s experience, having a premature birth. It was a touching opening ceremony that helped raise additional public awareness of a tragedy that’s hurting so many families yet flying under the radar from mass media. 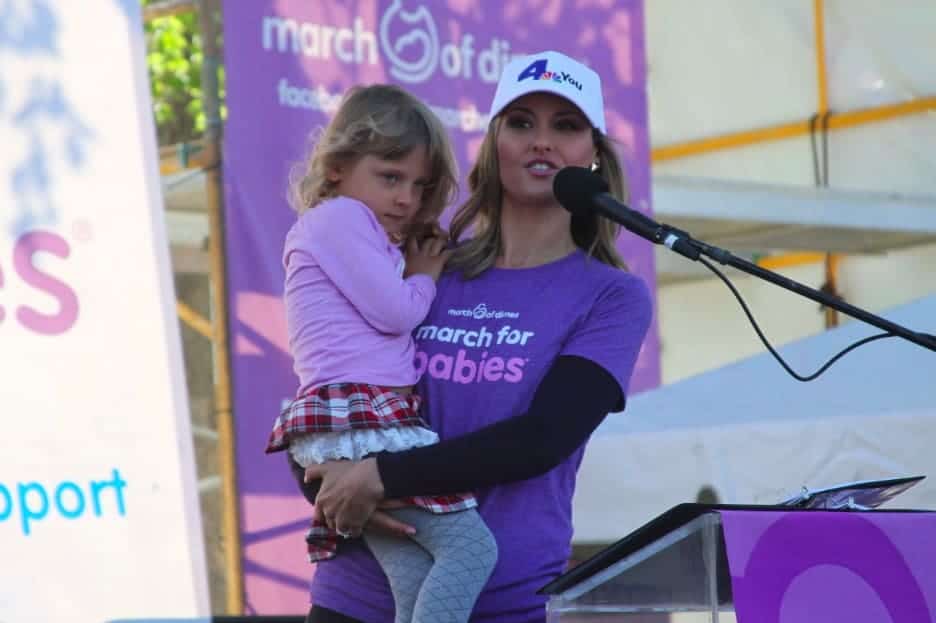 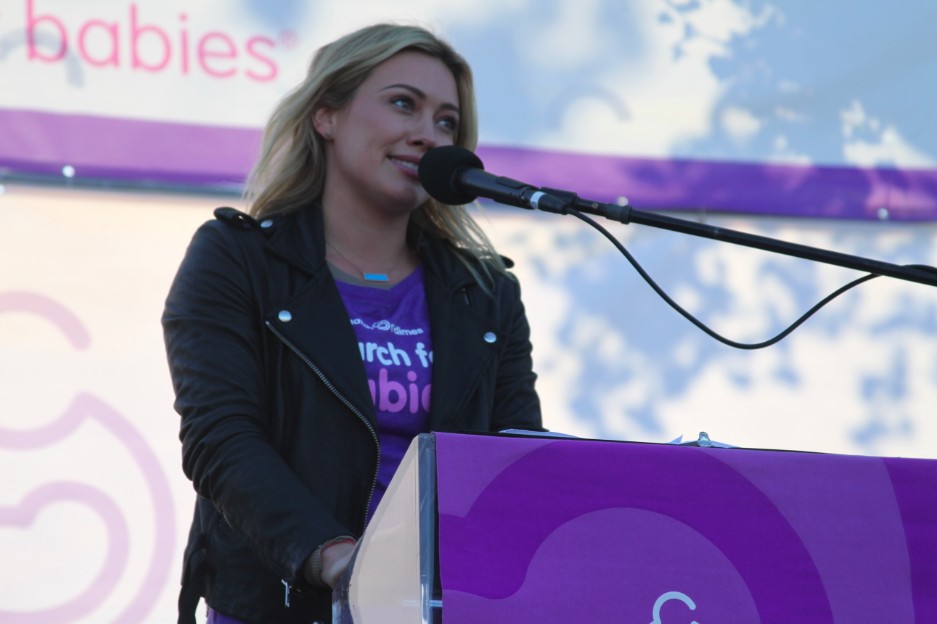 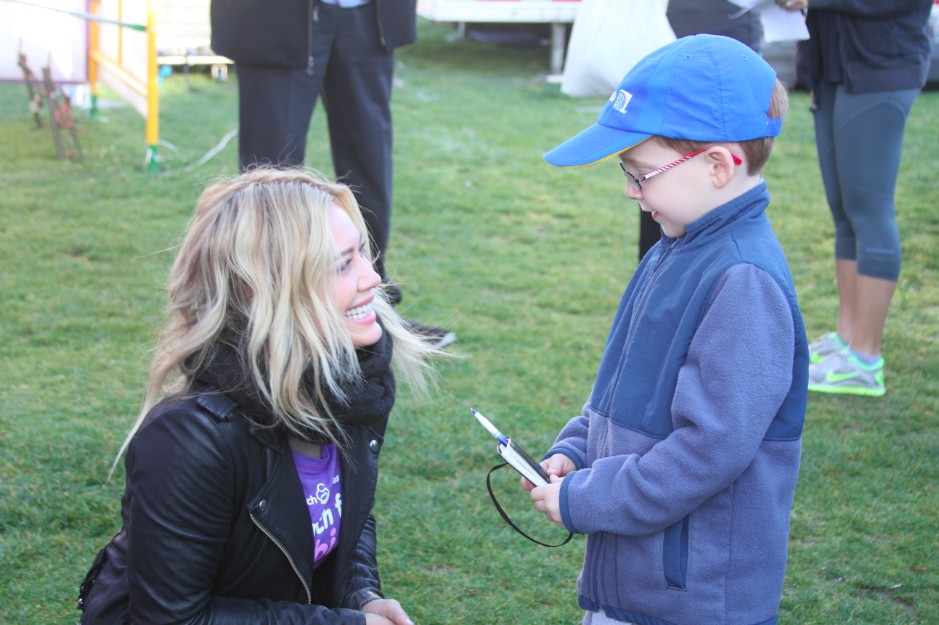 After a flyover by the Los Angeles Fire Department and a tribute to America, the DJ began blasting music and the energetic crowd was ready to take off! Families, couples, friends and work groups, all joined together to represent their individual teams as well as the greater cause over a three mile walk in the streets of Los Angeles. 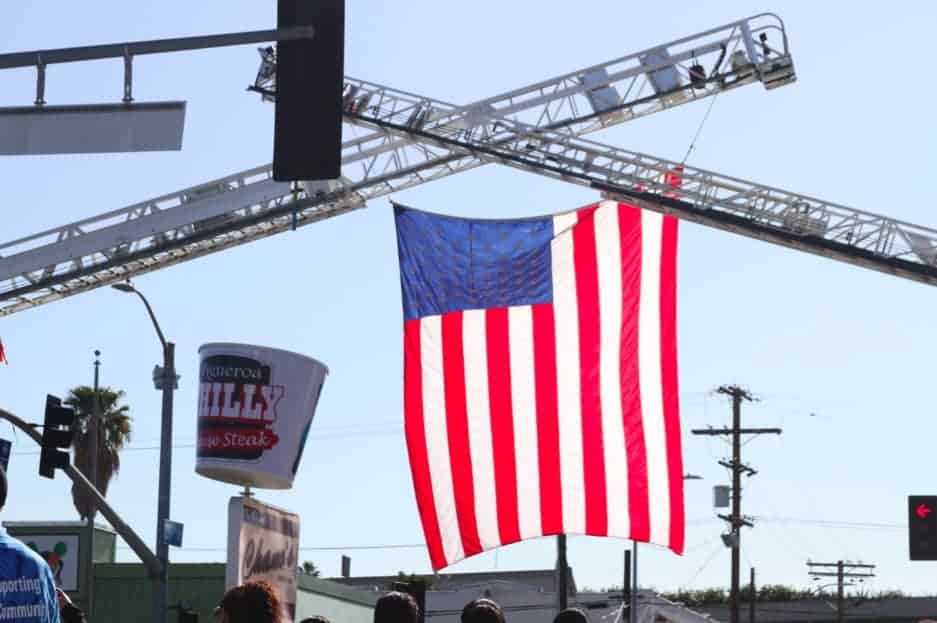 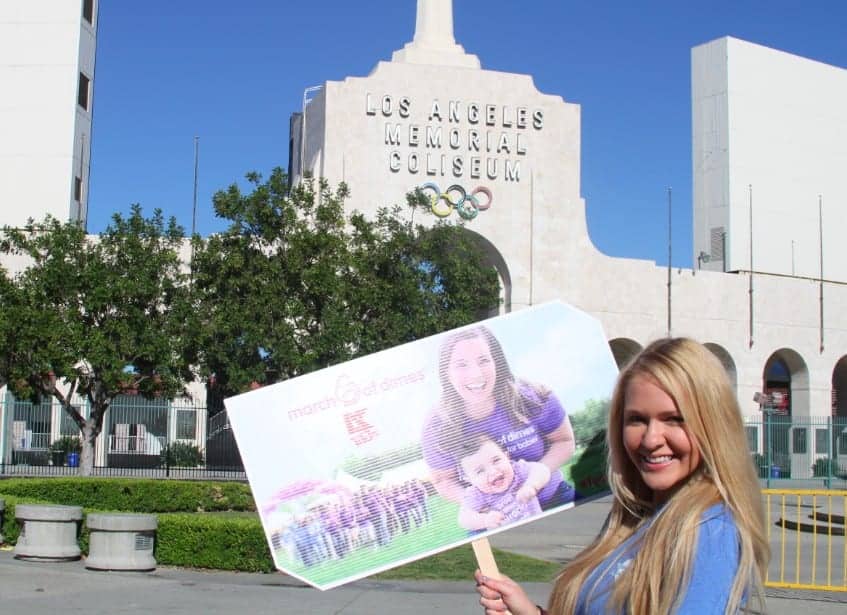 With my Team Kmart sign in hand, our journey took us past the LA Coliseum and the USC campus on a beautiful bright-blue day. The walk was the perfect length as it allowed fellow Team Kmart walkers to meet up and quickly socialize, as well as have the opportunity to mingle with fellow teams that were supporting both individual children and the cause as a whole. 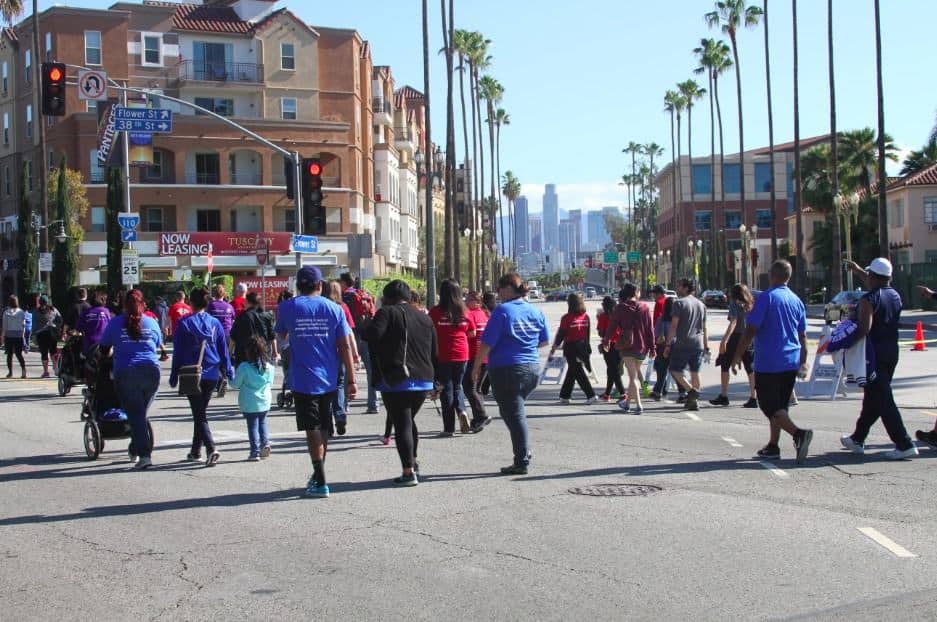 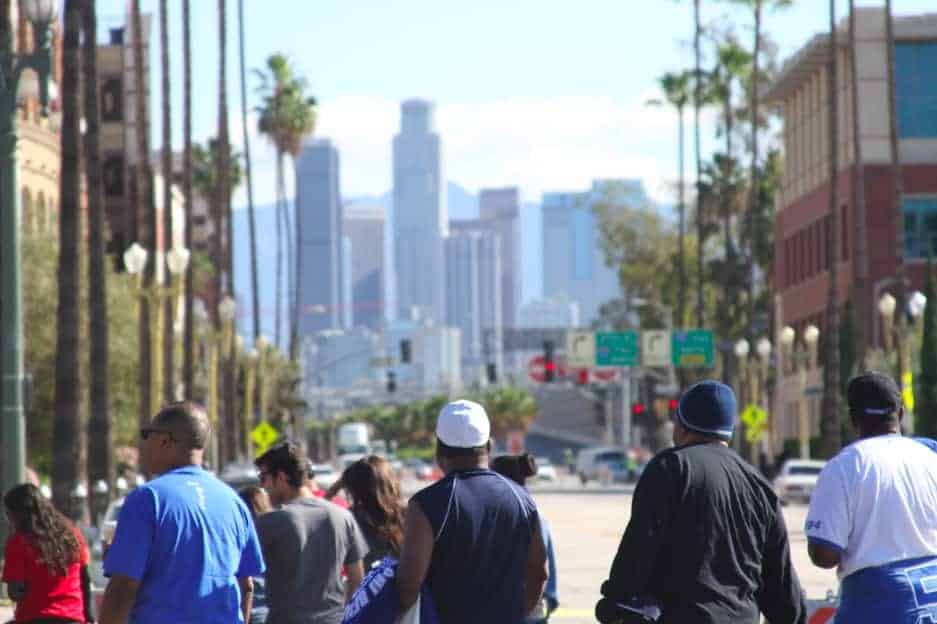 Having over 16,000 participants walking for the Los Angeles event, seeing the streets filled with walkers supporting the cause instantly shed light on how many lives premature births are affecting in our local communities. Many teams wore T-shirts or held signs showing how their premature babies were born, often looking frail and lifeless; some commenting on how their children weighed only slightly more than 1 pound. The experience was humbling, as it allowed fellow walkers to pay respect and bring attention to the 11,000+ babies that die each year in America alone due to premature births, as well as celebrate the lives that were able to continue after an early delivery. 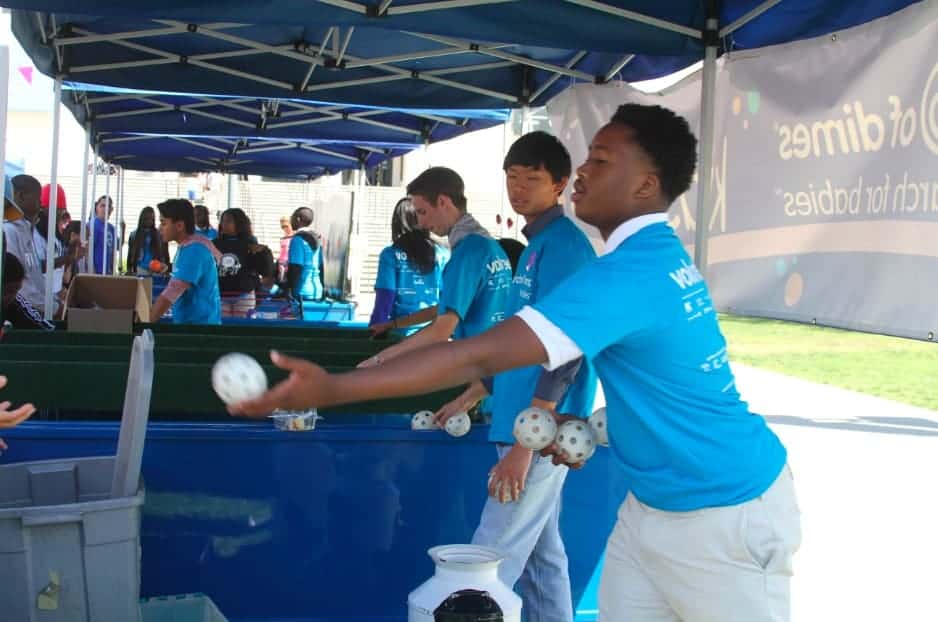 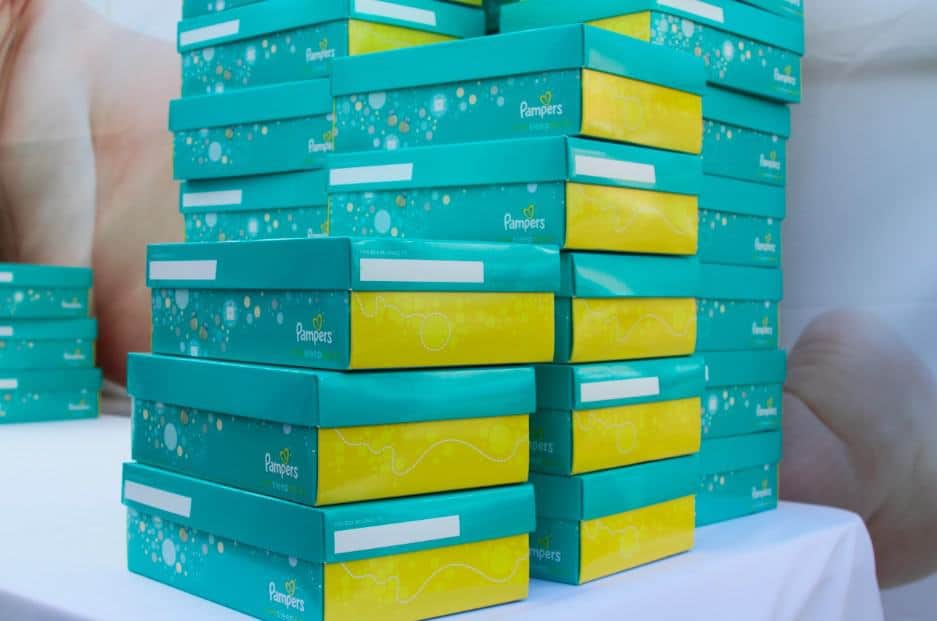 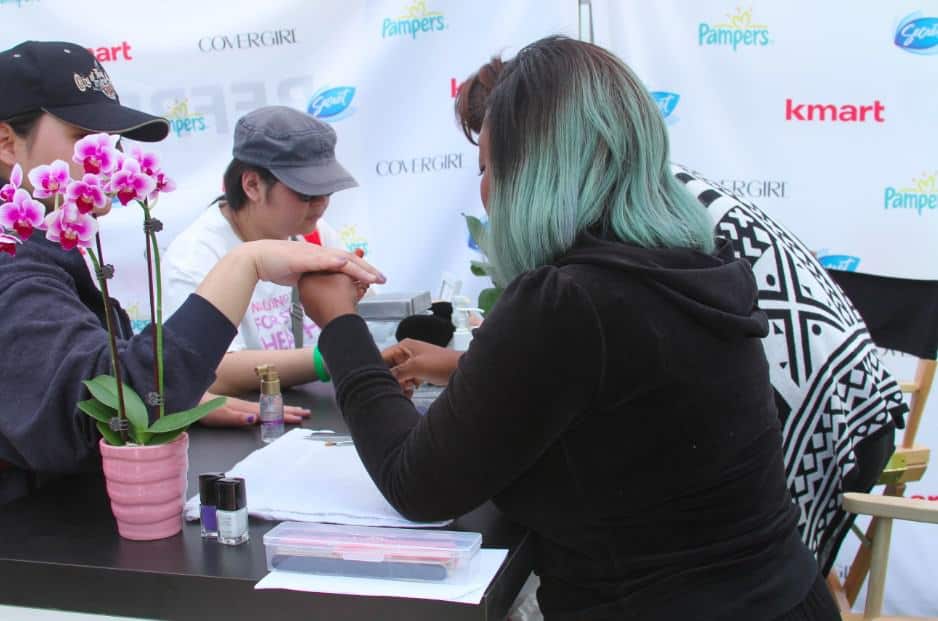 The Los Angeles chapter of the March for Babies was an absolute success and made for a great afternoon as well. Through their annual local walk, hundreds if not thousands of participants were able to learn more about premature births and raise funds for helping moms have full-term pregnancies and healthy babies.

For more information on Kmart’s involvement with March of Dimes, including key messaging about the partnership and new ways shoppers can donate, visit their website or donate here.

34 thoughts on “Walking For Healthy Babies: A Recap of LA’s March for Babies Event”