Last month I was invited to a press event at the Walt Disney Animation Studios in Burbank where I got an exclusive behind-the-scenes look at the upcoming Disney Animated Feature Film ‘Big Hero 6’. Now, if you’re anything like me, than you probably haven’t heard or seen much about this film aside from its Marvel comics roots and a teaser trailer. So to get you up to speed, here are 6 Big Questions (and Answers) about ‘Big Hero 6.’

1. Wait, is it really a Disney movie based off a Marvel comic?

Yes! The genesis of “Big Hero 6” lies in the Marvel vaults, however the comic book series was small and not widely known. Director Don Hall said “I was encouraged to explore the Marvel universe and one of the projects I found was called ‘Big Hero 6’. I’d never heard of it, but I liked the title and its Japanese influences — it just sounded cool.” Furthermore, the relationship between the characters Hiro and his robot Baymax had a distinct Disney quality to it. So Marvel, encouraged Hall to “take the idea and run with it.” From the beginning they were told to make it their own, and so they did. Aside from the title, character names, and some super-abilities, everything else about Disney’s ‘Big Hero 6’ is unique to the vision of the filmmakers. 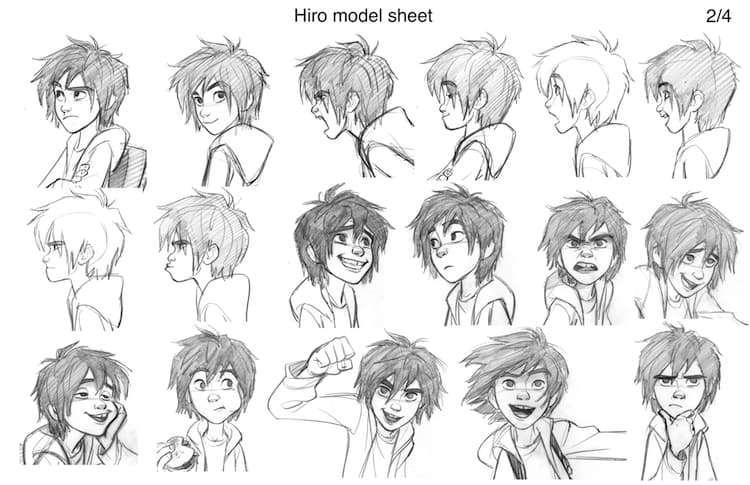 Big Hero 6 tells the story of robotics prodigy Hiro Hamada and the journey he takes with Baymax, a nurse robot designed by Hiro’s older brother Tadashi. After a devastating turn of events catapults them into the midst of a dangerous plot unfolding in the streets of San Fransokyo (a portmanteau of San Fransico and Tokyo), Hiro turns to Baymax —his closest companion—and transforms him and his other brilliant friends in to a band of high-tech heroes determined to solve the mystery.

3. Hiro and Baymax make two; who are the other four that make up the Big Hero 6?

The other four characters are just as brilliant and like-minded as Hiro and Baymax. Adrenaline junkie Go Go Tomago is tough, athletic, and loyal to the bone. She’s a daredevil who is at her very best while on a pair of skates. Super smart and just a touch neurotic, the big and burly neatnik Wasabi is a guy committed to precision which serves his martial arts practice well. Behind a pair of glasses and clad in funky fashion, chemistry whiz Honey Lemon may be as sweet as her namesake, but has a fire in her belly and a can-do attitude that make her pretty much unstoppable. Last but not least is sign-twirling, monster-loving, comic-book aficionado fanboy Fred. He also just so happens to be the school mascot. With the help of Hiro and Baymax, they’re transformed into a band of 6 high-tech heroes determined to solve a big mystery.

4. High-tech heroes? So is this movie just for boys?

Although the initial knee-jerk reaction is to peg this film as a “boys movie,” it is safe to say that anyone who enjoyed Pixar’s “The Incredibles” or Disney’s “Wreck-It-Ralph” will find “Big Hero 6” just as enjoyable and appealing. It certainly skews more towards the boys considering the prominent comic-centric superhero premise and lack of musical numbers, but just as Vanellope Von Schweetz won over boys and girls alike, the female characters of “Big Hero 6” will do the same. In fact, after Baymax, many of the filmmakers seemed to get really excited when talking about their female characters. In the same vein as Frozen’s Anna and Elsa, Go Go Tomago and Honey Lemon are intelligent, strong-willed, and fully realized female characters. So there’s no reason why ‘Big Hero 6’ won’t find a solid female fan base alongside their male counterparts.

5. Does it bring the Disney Magic?

Ask anyone wandering the halls of the Burbank studios and they will tell you that it is a very exciting time to be working at Disney Animation. Beginning with ‘Tangled,’ Disney has been on a steady hit-making streak with no signs of stopping; and ‘Big Hero 6’ is no exception. So when asked if it brings the Disney Magic? The answer is an emphatic YES! It’s a film the whole family can enjoy that delivers a good message and great characters. 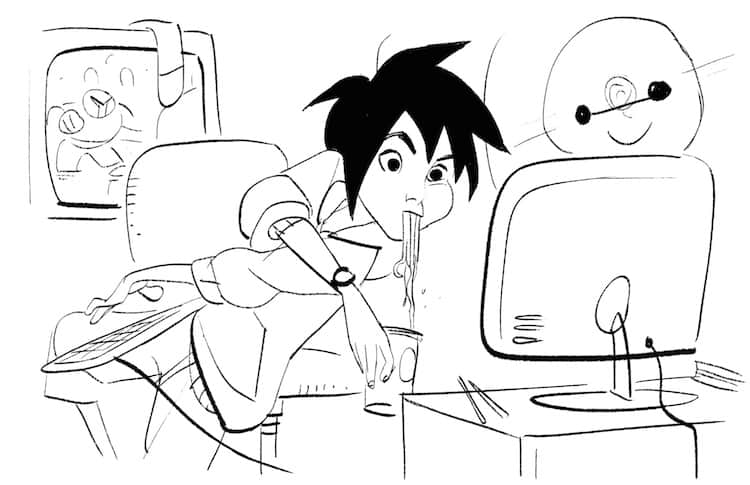