Shanghai means city by the sea, a fitting name for a city that has grown along the east China Sea and now holds about 24 million people. People have inhabited the banks of Shanghai since the monolithic period, using its location as the main means for providing sustenance. Although it began as a small fishing village, its position by the sea would eventually make it a popular port that became a gateway to the world. 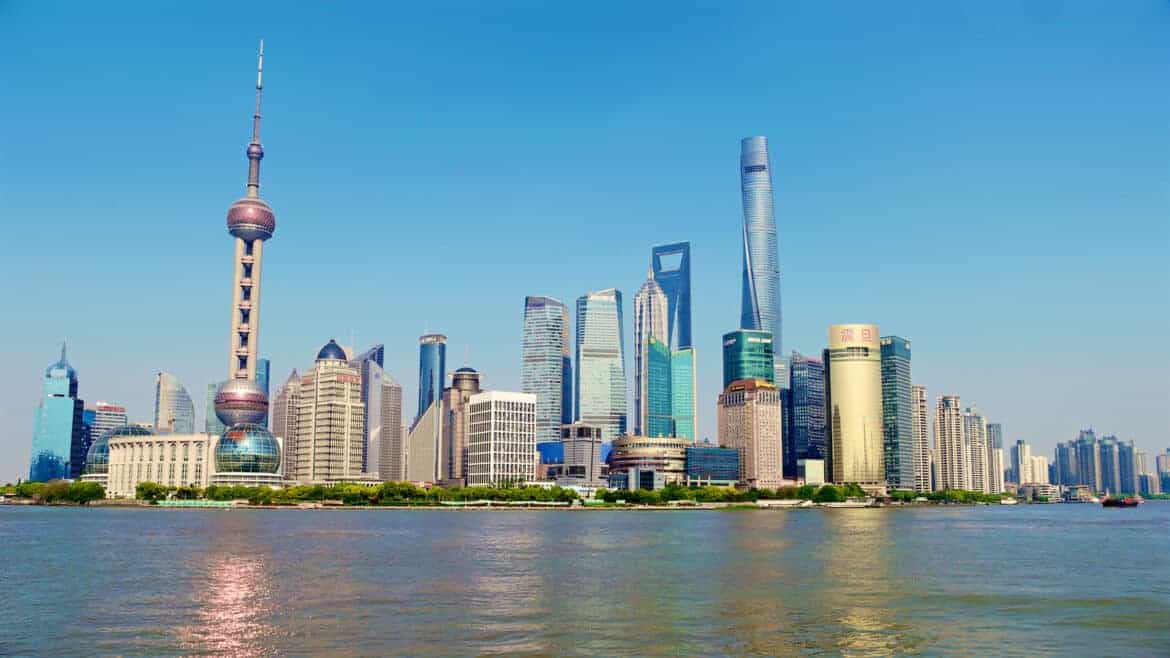 From its very beginning Shanghai was a place of business and trade. However, it wasn’t until the Song Dynasty that it truly grew into a so-called “port city.” The once small fishing village was suddenly a bustling town and has over the years became an invaluable port city, the epicenter of an opium war, and then with a sudden blending of cultures, Shanghai eventually became known as the Paris of the East; a place where the rich went to experience incredible art, food, architecture and an amazing variety of entertainment.

When you walk the city, you will see that Shanghai still holds timeless pieces of its history and displays metaphors of its strength in an eclectic mixture of yesterday alongside tomorrow. As a modern reminder of the city’s influential strength, and also probably the first landmark you will see, is China’s tallest building (also the world’s second tallest building) known as the Shanghai Tower. It propels skyward over 2,000 feet in a spiral shape twisting about one degree per floor, allowing it to withstand devastating winds from typhoons. A massive foundation plunges almost 300 feet below ground to make the building durable to potential earthquake. It is divided into five different functional sections that house everything from offices to luxury hotels. The Shanghai Tower stands as a beacon of the city’s power and perseverance, an ode to evolution and the growth it draws from its industry.

Lovely when you stumble upon the unexpected…swing dancing in a #Shanghai park on a Saturday afternoon 😍💃🏻🕺🏻 #NiHaoShanghai #FlyCEA #travel pic.twitter.com/IcCNesqh8e

The French Concession is modern and fashionable with pockets of local charm, like the impromptu park dances held by locals most weekends. Bring your wallet and plenty of time if you’re a shopaholic, because on Huaihai Road you’ll be in paradise with the best designer and brand name shopping in the city. If you’d rather peruse boutiques filled with hand made items, visit the Tianzifang art district for quaint alleyways filled with unique treasures.

Walking along the Bund in Puxi, you will find that this piece of waterfront is what carries Shanghai’s past and remains a symbol of the city’s roots. Wander the streets to enjoy some incredible examples of Art-Deco, and be sure to stop at the HSBC Bank Building to admire the stunning dome mosaics just inside the revolving door. The detailed frescos were cleverly hidden under stucco during the Cultural revolution and re-discovered in 1997. Cross the street to the promenade for the best views of the Bund and Pudong cityscape. This is also a fantastic spot for people watching as well as admiring the local street artists immersed in their work.

😍the #Shanghai #streetart scene in #China. There is something peaceful about an artist immersed in his work #NiHaoShanghai #FlyCEA #travel pic.twitter.com/6yQjg6ilzz

If you feel like braving the crowds, swing by the palatial Yuyuan Garden in the Old City. Not only will you be surprised by how large the gardens are from the inside, you’ll be surrounded by the hectic buzz of tourists trying to get the best deals from the seemingly hundreds of shop stalls just outside the stone walls. Be sure to look up sometimes, as the juxtaposition of something like Starbucks amidst the curved tile roofs of the centuries old buildings and temple is absolutely astonishing.

Located in a prime location in Puxi, the Waldorf Astoria Shanghai on the Bund is one of the most iconic and photographed postcard scenes of the city. The hotel has been restored to its original beauty and offers a peek into what it must have been like to be part of the local high society back in the day. As the former exclusive Shanghai Club, it had the world’s longest bar when it opened in 1910, and it served as a symbol of status and power as only the richest and most powerful got a seat at the incredible 39 foot mahogany bar. When the club was converted to a Kentucky Fried Chicken in the 1990s, the once historic bar was sadly removed. Luckily, it has since been restored, and while it’s no longer the longest bar in the world, it is a reminder of the elite that once ran and frequented the city.

While every room offers the luxury you’ve come to expect from Waldorf properties around the world, the creme de la creme of the Waldorf Astoria Shanghai on the Bund are definitely Bund view suites. Throw open the french windows for sweeping views of Pudong’s Lujiazui Financial District across the way from your grand four post bed, or spend a relaxing evening with a book while soaking in the vintage clawfoot tub in your oversized bathroom. These opulent accommodations are accessible by a grand staircase or by antique elevator, manually operated, of course.

My favorite part of the hotel? When jet lag threatens to consume your day, you don’t have to worry about leaving for quality food options. You could refuse to exit the property for a full 24 hours and still be able to experience some of the best meals the city has to offer.

Speaking of food in Shanghai, what and where else should you eat?

Dumplings. All of them.

No, but seriously, you’ll want to try them at every opportunity because there are so many different kinds. My favorite were the large fried pork dumplings from Wu Fang Zhai (136 Sichuan Road). Don’t let the line outside scare you away, I promise the food is definitely worth any wait you may encounter.

For a Michelin rated experience, try Xin Rong Ji in the Shanghai Plaza. While it may be strange at first to discover this 2017 Guide restaurant is located in a 2 story indoor shopping mall, once you taste the food any doubts will be quickly dispelled. Known for their fresh seafood from Taizhou, try any dish where you can choose your own fresh caught (or even still swimming) ingredients from the display counter near the entrance. My favorite dish was the Crock Pot Pepper Beef.

How to Get There

China Eastern offers direct flights to Shanghai on a brand new fleet of 777-300ER aircraft from seven cities in North America, including Los Angeles, New York, Honolulu, San Francisco, Chicago, Vancouver and Toronto. Perks like complimentary luxury airport limousine service to and from select US airports for First and Business Class customers, an incredible lounge at Pudong Airport, complimentary Maglev train tickets, on-board wi-fi and touchscreen LCD TVs with over 300 entertainment choices make the long-haul flight and overall travel experience truly enjoyable. Plus, if you’re a loyal Delta frequent flyer like I am, then you’ll love they China Eastern is part of SkyTeam too!

My visit to Shanghai was made possible by China Eastern Airlines, but all opinions and thoughts remain my own.

29 thoughts on “Must See, Do and Eat in Shanghai, the Paris of the East”