Avengers and Iron Man fans know Virginia “Pepper” Potts (Gwyneth Paltrow) is Tony Stark’s (Robert Downey Jr.) girlfriend. But, did you know when she started at Stark Industries, she was in the secretarial pool? Or that she was previously married to Tony Stark’s chauffeur Harold “Happy” Hogan? 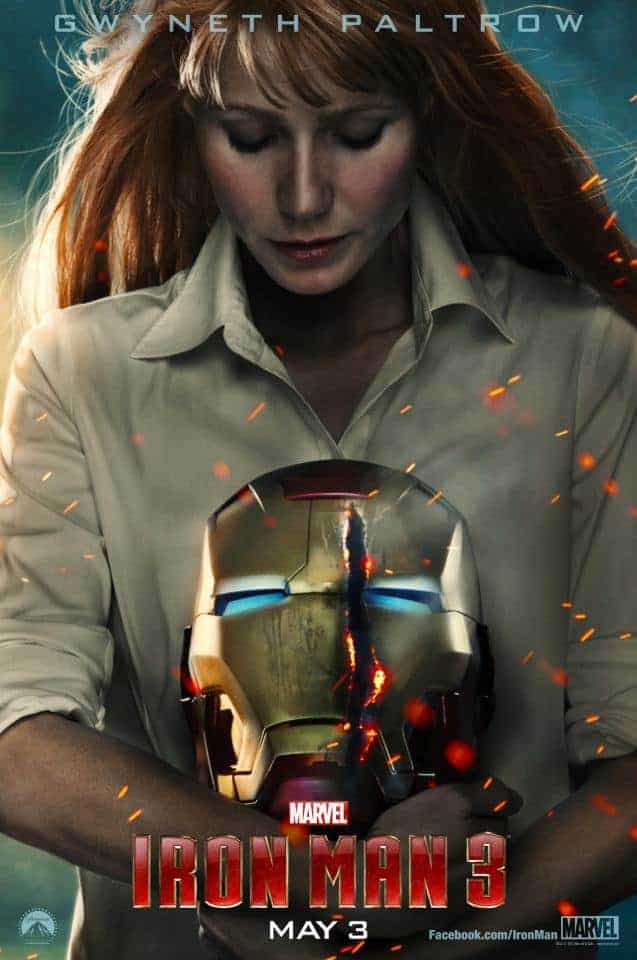 When Pepper married Happy they moved away, adopted children, and attempted to live happily ever after. Unable to overcome challenges, they divorced and both returned to Stark Solutions working for Tony. I bet that made for some interesting office gossip. Much like a soap opera, even though Pepper had romantic feelings for Tony, they remained platonic, and she eventually remarried Happy.

Happily ever after part 2, failed because after suffering brain damage in a fight with the Spymaster (Sinclair Abbot), Happy was in a coma. At Pepper’s request, Tony turned off his life support as an act of mercy.

So that’s just a little comic book history of Pepper Potts, now let’s talk about what she’s up to in “Iron Man 3”. 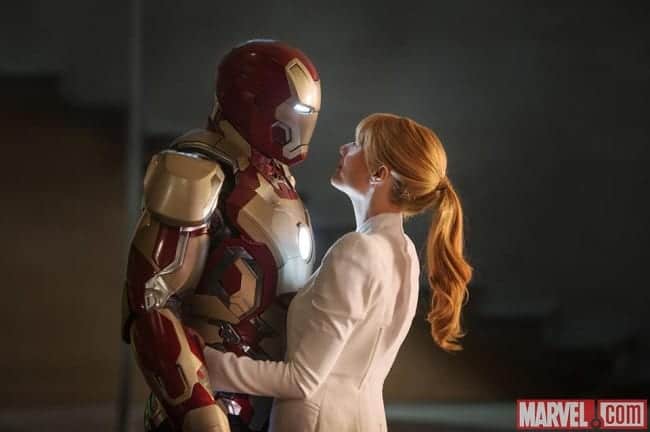 In a recent interview with Marvel, Gwyneth says Pepper and Tony are living together in Malibu in”Iron Man 3″, and she’ still running Stark Industries. Oh and if you haven’t heard or seen the latest trailer, Paltrow gets to “suit up” in Iron Man’s armor! This is what she told Marvel about her experience with the armor:

“I thought it was light and perfectly comfortable and my children thought I was extremely cool. They were here on a day where I was in it, so they were trying it on and when my son saw me in the suit, he had the biggest eyes, so it was definitely worth it.”

You can read the rest of her interview at Marvel.com. 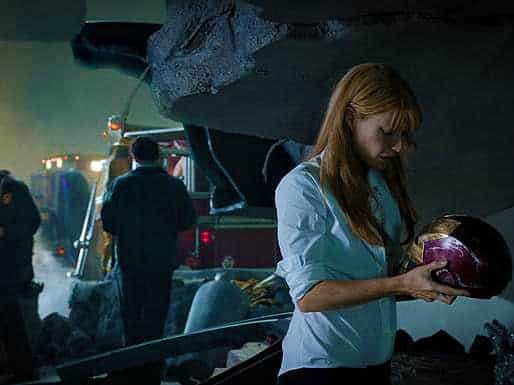 This is the fourth time Paltrow has starred as Pepper Potts. She first appeared in “Iron Man“, followed by “Iron Man 2“ and then last summer’s “Marvel’s The Avengers“.

As you can see from the trailer, she appears to have a more active role in the film this time around. Hmmm…I wonder if we’ll get to see her kick some bad guy’s ass!

“Iron Man 3” blasts into theaters May 3, 2013. Make sure to “Like” the Iron Man Facebook page for new and updates and join the conversation on Twitter @Iron_Man. And of course follow along #IronMan3Event to learn fun facts about the film and our experience at the LA premiere in April.

21 thoughts on “Who is Pepper Potts?”