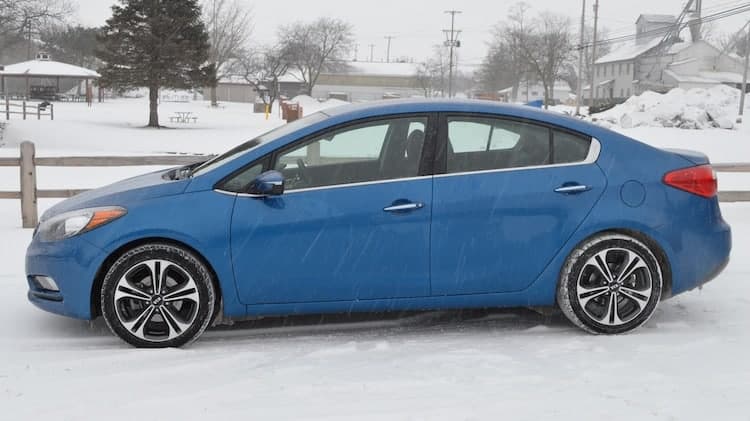 As a family of sports nuts we look forward to each basketball season and the trips to Detroit to cheer on the Pistons. This year we were even more excited since we were road tripping in the new 2014 Kia Forte Ex, courtesy of Kia. I’ve always been a huge fan of the brand as we own a 2006 Optima, but driving the newer models is such a treat! On the day the Forte arrived, we were in the middle of the Polar Vortex, in addition to a cold, wet snowfall, it  was 9 degrees outside with a wind chill that made it feel far colder.

Believe it or not, this made me even happier to be receiving the Forte. In addition to a heated steering wheel, the 2014 Forte boasts the ability to heat (and cool) both the front and rear seating. These were features that quickly endeared themselves to the entire family and left our other vehicle collecting a layer of snow during the time we had the Forte. It also didn’t hurt that the Forte offers budget friendly fuel consumption at 24/36 mpg. We averaged 29mpg, which saved us money in fuel costs both on the way to Detroit and also during our weekly day to day driving. 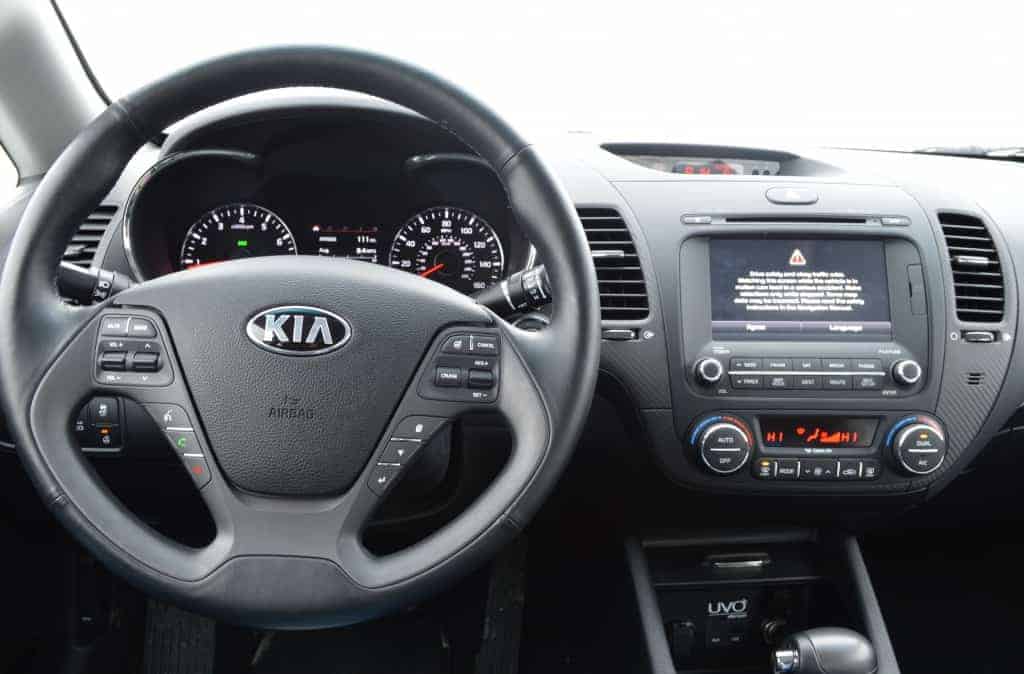 But before we hit the road, there were a few things we had to take advantage of. Namely, Kia’s UVO infotainment system and navigation system. The UVO system is one of many features that sets Kia head and shoulders above it’s competitors. Our family loves UVO because it is intuitive, immersive and completely user friendly. With safety in mind, we take advantage of Kia’s bluetooth capability to sync our smartphones. This allows hands free calling and the ability to stream my daughters Pandora Disney Channel – a must for long road trips – without ever having to take our eyes off the road to fiddle with the phone. And thanks to UVO, we never had the “just pull over and ask for directions” argument because the GPS gets us exactly where we need to go. 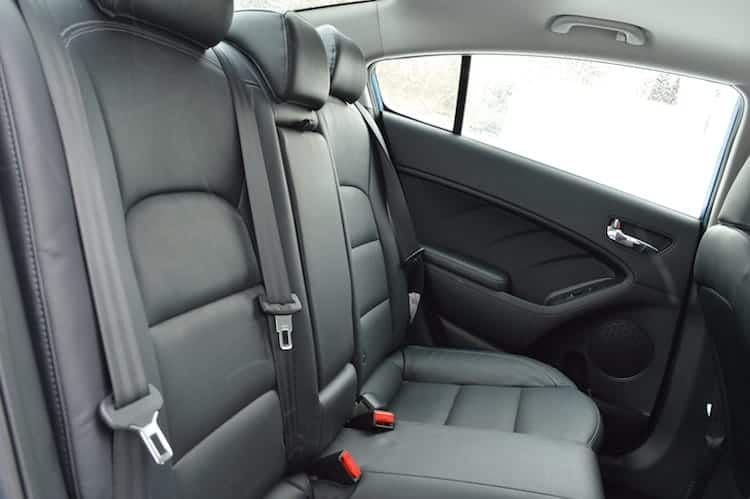 Originally it was just myself, my husband and our daughter headed to Detroit for the weekend, but we ended up having two additional guests at the last minute. Initially I was concerned about space since my “little” brother isn’t so little at nearly 6 feet tall. But thanks to genius design features, the Kia Forte is bigger than it looks. For instance, most vehicles sport armrest and cup holders that extend out from a flat door panel, whereas Kia carved these features into the door panel creating extra space throughout the car. Two 16 year olds and a toddler certainly made for a cozy seating arrangement but no one was uncomfortable with plenty of leg and head room. 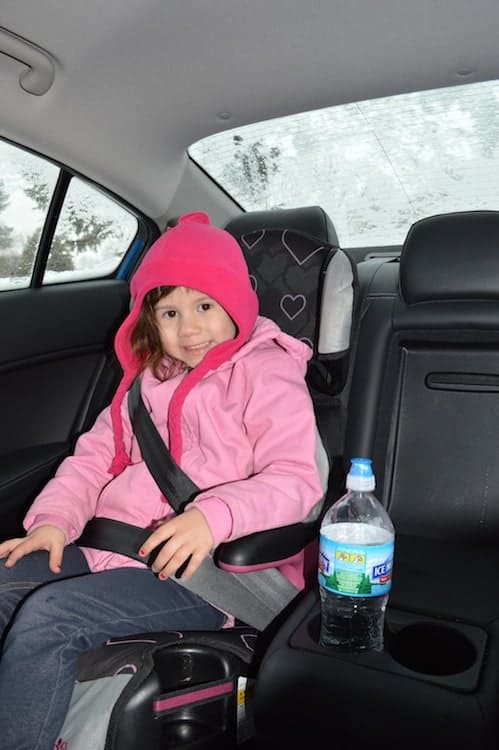 When the big kids were gone and my daughter reclaimed her throne in the backseat, we also found the “pacifying station” particularly helpful.

In Michigan, deplorable road conditions don’t keep anyone inside. Thankfully we left the house after the plows had already gone to work but the roads were still less than ideal. It made me feel good to know that in addition to the numerous airbags, side impact bars and the anti-roll bar; the Forte also features Electronic Stability Control (ESC), ABS and Driveline Traction Control.

It was all of these things plus features like Remote Keyless Entry, power everything, a cooled glovebox, USB, AUX and dual 12 volt outlets that made it incredibly hard to say goodbye to the 2014 Kia Forte EX.

A big thanks to Kia for providing the vehicle for purposes of this review. All opinions are mine, all mine.

27 thoughts on “The 2014 Kia Forte is Smart, Affordable and Surprising”