“Failure is the condiment that gives success its flavor.” Harry Langdon

Heeding the lessons of failure and using them to keep trudging towards success is probably one of the most difficult tasks in life. We give in to fear or distractions. There are too many excuses to delay or never even try to make our dreams come true. Sometimes complacency can be our downfall. The fear of failure and rejection is what keeps so many from even trying. It is sad to think of the beautiful things this world has been deprived of because of the word, No. Even some of the most successful people in the world have repeatedly failed.

The Harry Potter series took years of trying and failing to ever see the light of day. JK Rowling was a struggling single mother without a job and desperately trying, yet again, to write the story she knew people would love. However, she received numerous rejections from publishers, and even when a publisher finally wanted the story, they told her to get a day job because she would never make money from it. If she had listened to everyone that had told her “No,” there would be no Harry Potter. Can you imagine?

Even the great Michael Jordan was actually cut from his high school basketball team. He once said, “I have missed over 9,000 shots in my career. I have lost almost 300 games. On 26 occasions I have been entrusted to take the game winning shot, and I have missed. I have failed over and over and over again in my life. And that is why I succeed.” Had he given up on basketball after being cut from his team, the world would have missed out on one of the best athletes of all time.

Before Walt Disney changed the world of animation, he was fired from the Kansas City Star because his editor said, “He lacked imagination and had no good ideas.” Disney also went on to own an animation studio which he would eventually drive into bankruptcy. Having those failures early on in his career taught him valuable lessons about failure and perseverance. Had his life gone a different route, your favorite Disney movie may not exist. What would the world be like without Mickey Mouse?

There is a lot to be said about overcoming failure and learning to persevere. It is the catalyst to many success stories, and Kia is no stranger to this saga. Less than two decades ago, Kia found themselves dead last for initial quality in the automotive world. Even in last place, they were not deterred. The only direction was up. Instead of “rebranding” themselves as many car companies have done, Kia dug deep and looked at what their customers wanted and needed, and they have never stopped refining their cars to meet the demands of their drivers.

In recent years, Kia has taken an unexpected turn, and they have been working to give their customers an affordable luxury car. Many have scoffed at the idea, but Kia has refused to be brought down by naysayers.

In 2015, introduced the K900 as Kia’s first rear wheel drive, V8 which was designed as a luxury sedan. Offered in two trims, the K900 came standard with leather seating, a panoramic sunroof, rain sensing windshield wipers, as well as a front and rear camera with a 14 speaker stereo system. This flagship model had a 5.0-liter V-8 with 420 horsepower, and it was part of Kia’s venture into the world of highbrow automobiles. Even with this breakthrough for Kia as a company, many in the automotive world were unimpressed. 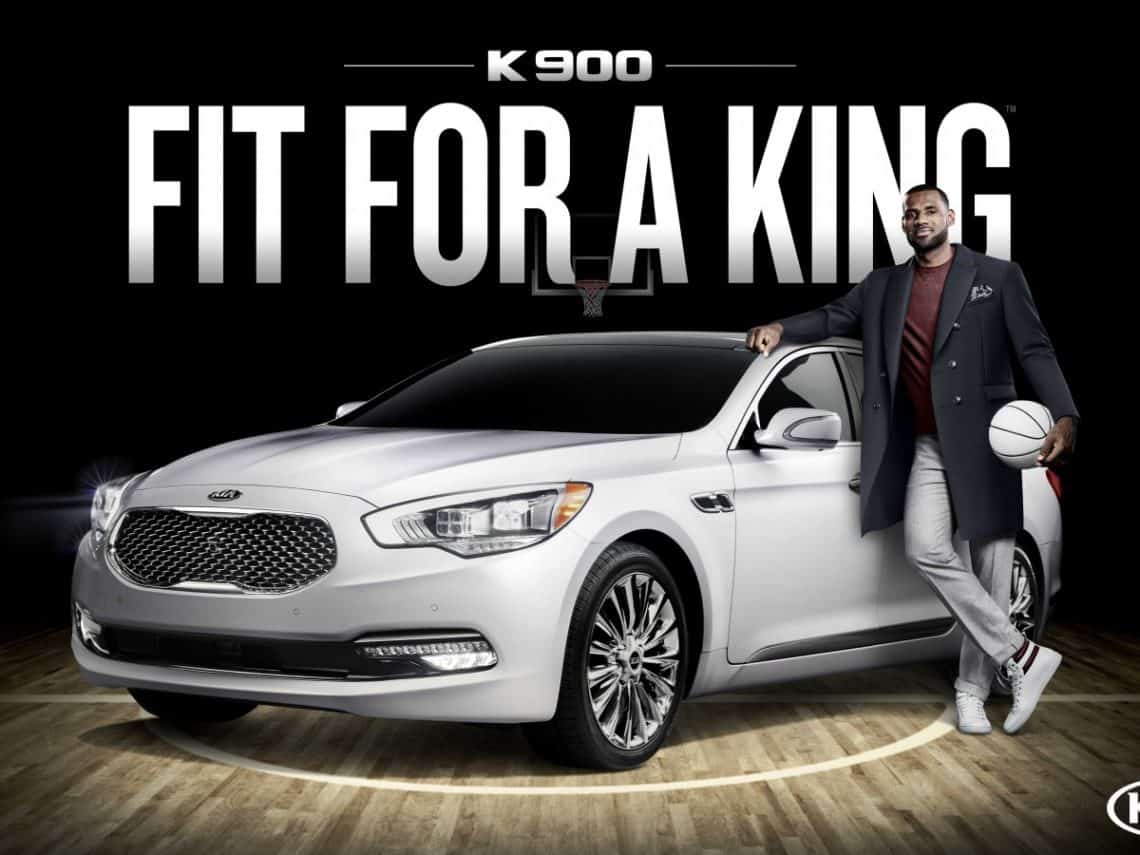 The first K900 left many wanting more. Its design was a bit bland and many complained that it needed more refinement in its handling. True to Kia style, they went back to the drawing board with their criticisms and began making adjustments. While the veteran car reviewers had plenty to say about the K900, the fact that Lebron James reached out to Kia (NOT the other way around!) about being the K900 Luxury Ambassador, said a lot about how mainstream drivers felt about the car. People were excited about driving this new kind of Kia. Determined to give customers what they wanted, Kia has been grooming and fine tuning this luxury sedan leading them to the all new 2019 Kia K900. 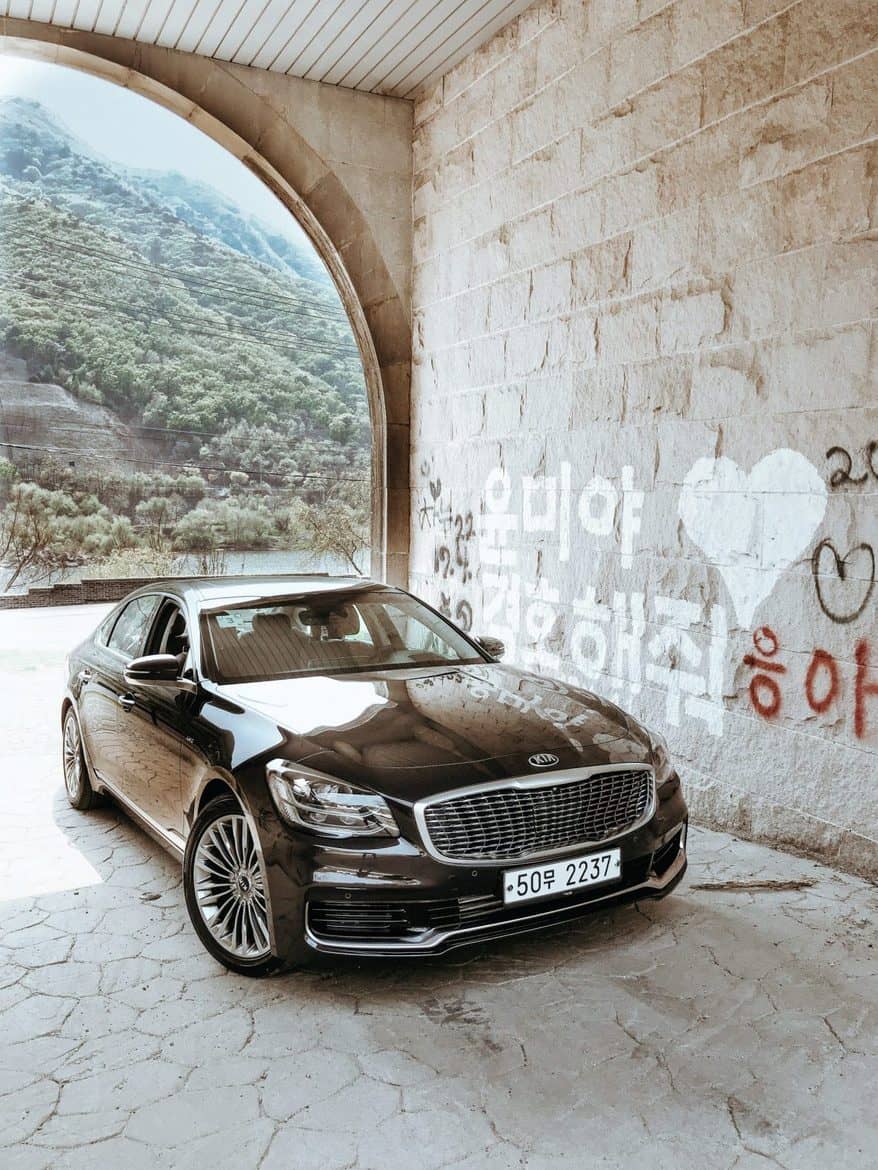 The second generation has been stripped down to its bare bones and completely rebuilt. Orth Hedrick, the Vice President of KMA, said, “Only its name – K900 – is carried over.” The firm, muscled design gives it a tighter look, while it is actually slightly longer and wider than its predecessor. Its elegant design is centered around the iconic and recognizable “quadric pattern” grille, while the chrome detailing gives it artful depth. 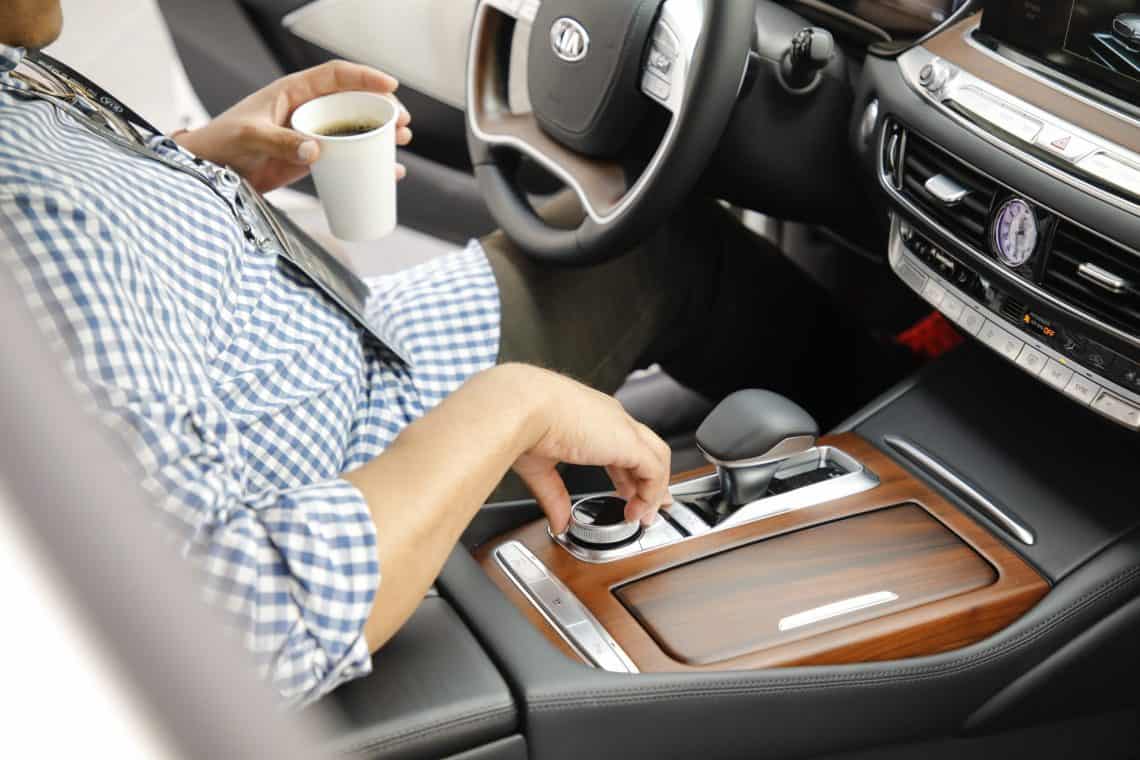 On the inside, the fluid lines wrap its passengers in warmth and comfort and is available with a variety of open pore matte wood selections and leathers. And of course, a reintroduced Kia vehicle wouldn’t be complete without a tech savvy instrument panel featuring a bright 12.3 inch HMI touch screen that displays everything you need on any drive. It also offers a suite of driver safety features and a 360 degree perspective around the car with four cameras to give drivers almost absolute peace of mind, while still retaining classic luxury details like the exclusive Maurice Lacroix analog clock. 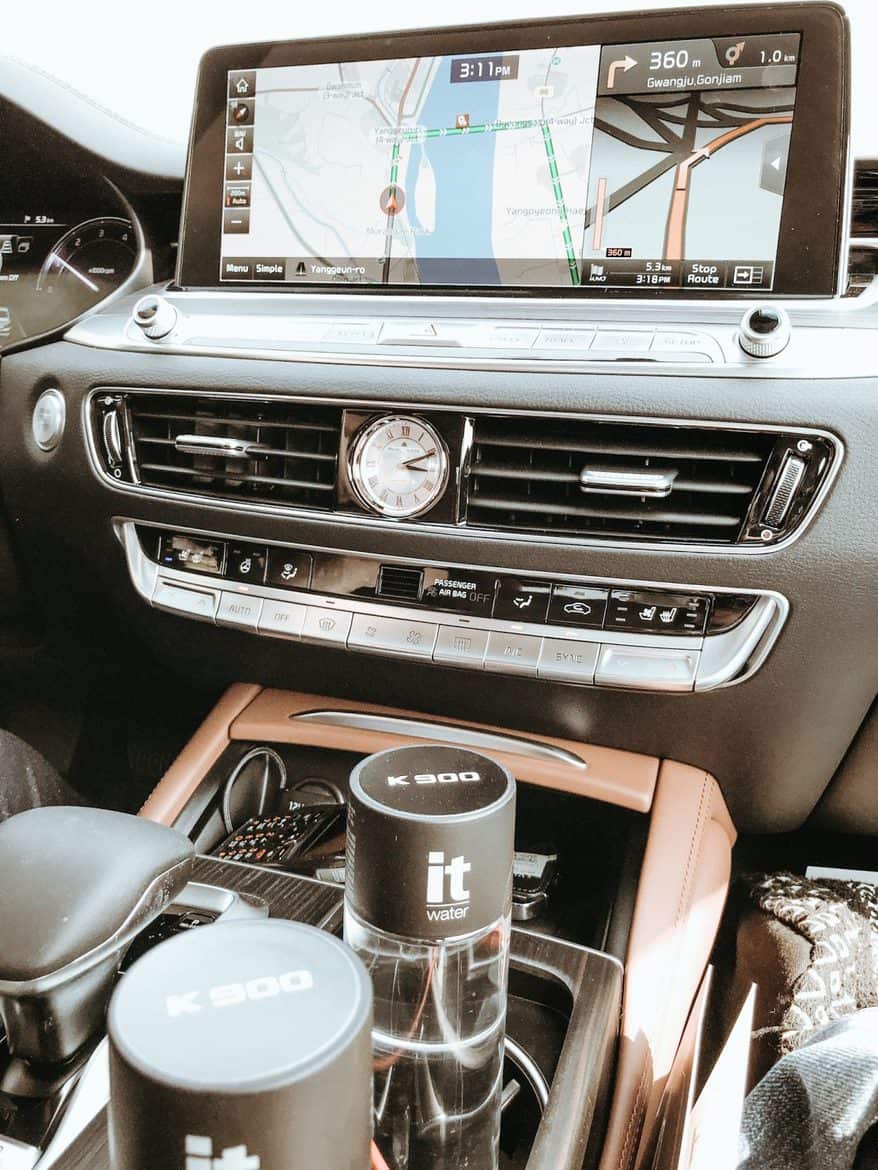 When it comes to handling, the K900 is a shout-out to the Stinger’s 3.3 liter twin turbo V6. Boasting a world class 365 horsepower engine that was named on Ward’s 10 Best Engines list, it goes hand in hand with the second-generation in-house built 8-speed automatic transmission for handling all that power with a fluid transition making shifting confident and even a little butterfly-inducing. 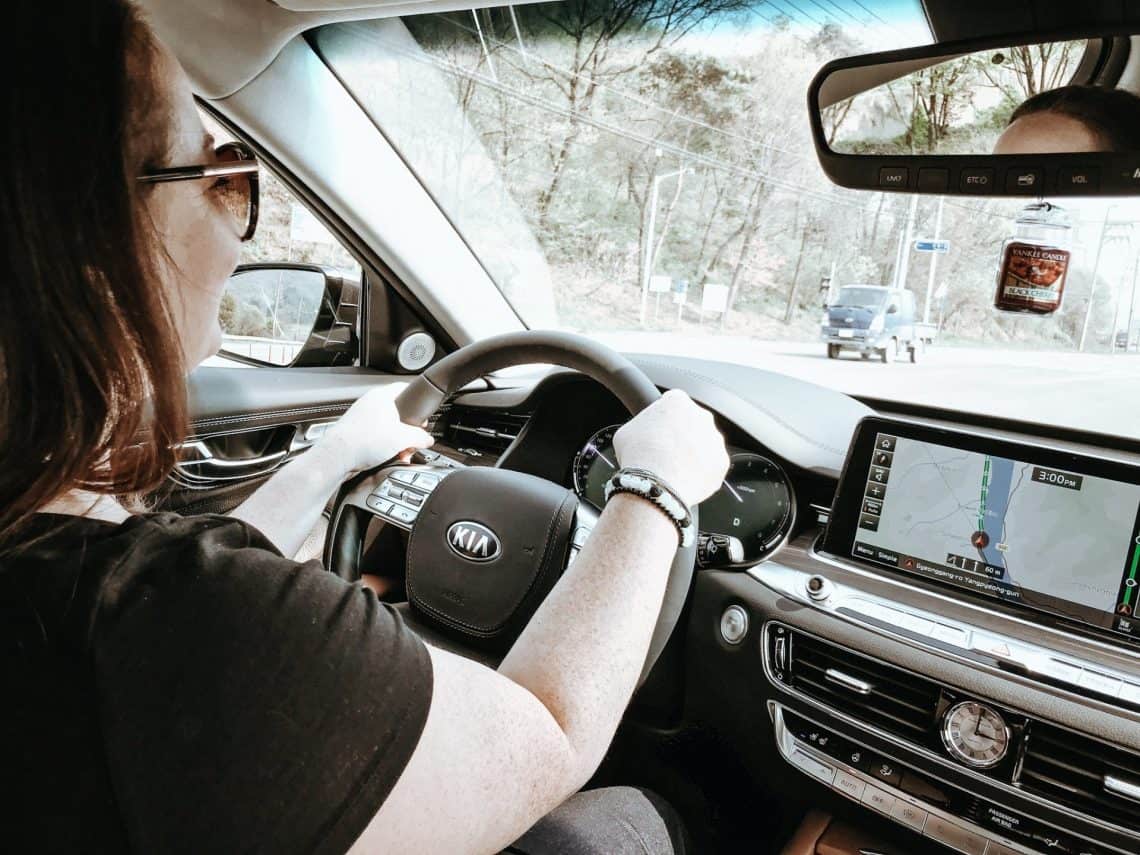 Watching the needle climb on the speedometer might be a little more fun than you would have expected. The handling has also followed the Stinger with yet another in-house built all-wheel drive system that makes handling agile and responsive. It can seamlessly transfer power from the front or rear wheels depending on the conditions to keep you moving without hesitation. This total reboot of the K900 is proof of Kia’s refusal to back down.

The 2019 K900 is a transformative edition that shows what a little perseverance can do. This vehicle has launched Kia into a whole new genre within the automotive world, and they refuse to let their designs grow stale. Each rebirth is a chance to give drivers what they are looking for in a luxury vehicle all while proving that they won’t back down to a challenge. Kia could have played it safe and continued to produce economical cars for the everyday driver, but they wanted to give their customers more. 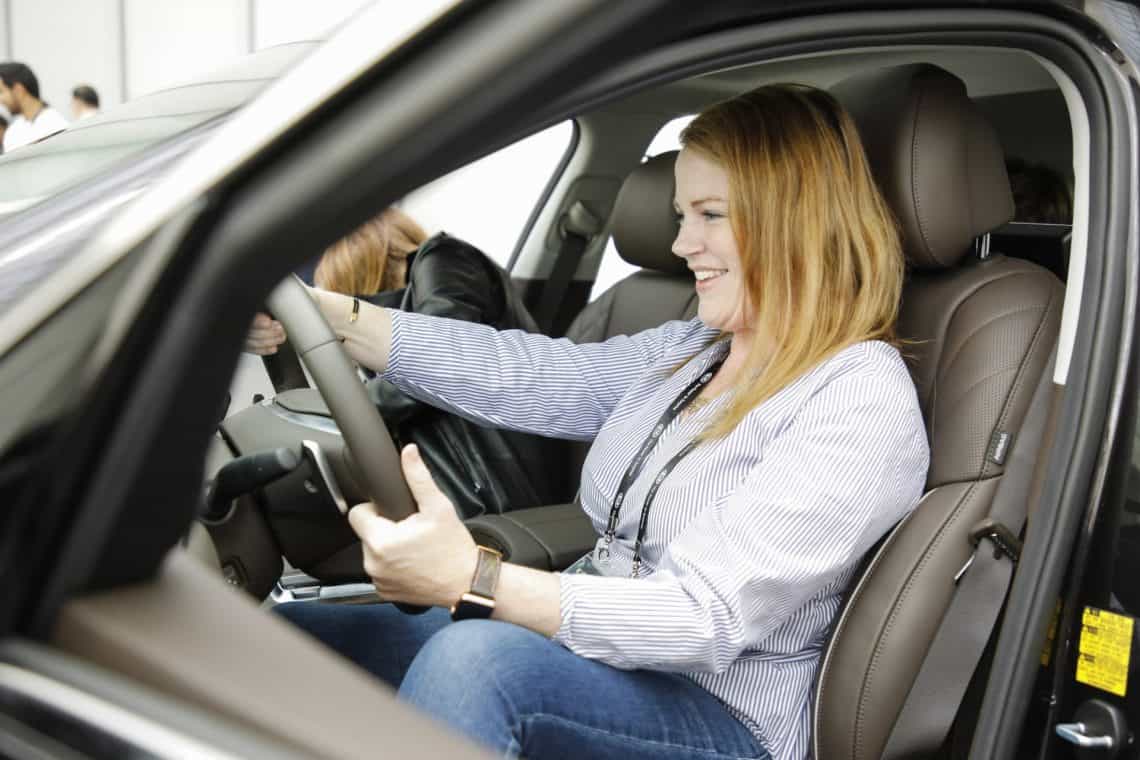 Starting at the very last place in initial quality may have seemed like an exhausting place to start, but they have spent the last two decades catering to their customers in efforts to be a better car company. As we have seen in some of the most talented authors, athletes and artists, failure is a part of the process. Kia has taken that to heart. They have picked themselves up more times than they can count, and they have never looked back. That is why the K900 is more than just another edition. It is the culmination of years worth of hard work and willingness to better their creations for their customers. We are excited to see what future surprises Kia has in store for us.

A huge thank you to Kia Motors for inviting me to experience the new 2019 Kia K900 in Seoul, Korea. All opinions remain my own.