While not the most awe-inspiring of vehicles from the Star Wars Trilogy, the Sandcrawler definitely ups in cool factor once it’s in LEGO form. The set comes with some of our favorite mini figures including R2-D2, C-3PO, numerous Jawas, droids and of course Uncle Owen Lars. Like the best LEGO Sets this one has moving parts including a removable middle compartment complete with a cockpit for Jawa. 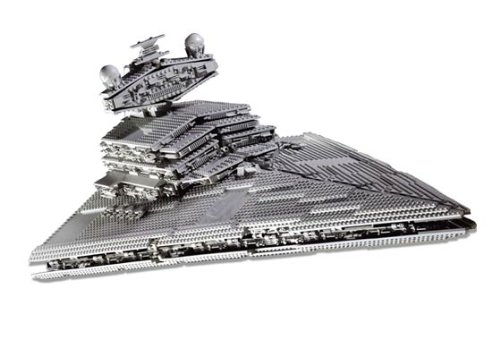 This set is part of the Ultimate Collector Series and comes with a whopping 3,104 LEGO pieces, just right for an rainy afternoon. Or two. Or three. At over 3 feet long (!!!) this model dwarfs any other LEGO Star Wars ship produced to date. 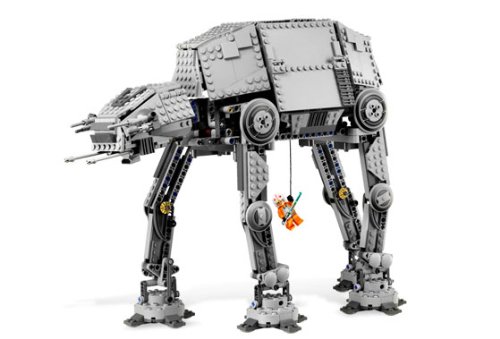 Seriously, it actually walks. The fact that it’s motorized AND comes in LEGO form? Even cooler. It stands at over 12″ Tall and 14″ long. Plus it features an opening cockpit, rotating laser canons and a handle on top for transport.

Perhaps the most obvious choice, this takes most epic, coolest LEGO Star Wars set EVER. At a jaw dropping 5,195 pieces, this set is a feat. One of the coolest parts of the set is that it’s actually to scale! Special features include a retractable boarding ramp, a removable cockpit top to access mini-figures, rotatable guns and the class mini figures: Han Solo, Chewbacca, Obi-Wan, Luke, and Leia.

P.S. Did you know you can get up close ad personal with an 8 ft wide LEGO® Star Wars™ Death Star Model Display at the LEGO Star Wars™ Miniland inside LEGOLAND® California Resort?! 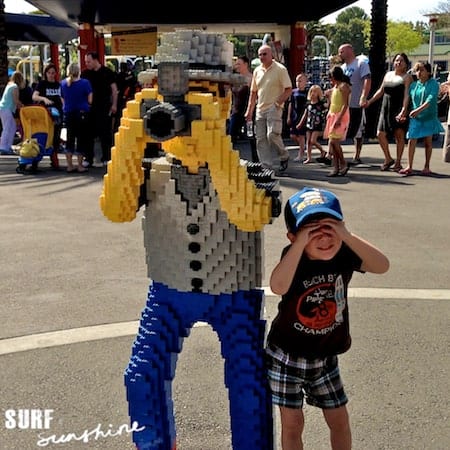 Calling all SoCal residents, Droids and Jedi’s! McDonald’s is running a promotion in the L.A. and San Diego areas from June 29 to July 31, 2015. It’s a Kids Go Free offer with any purchase at a participating McDonald’s in the promotional period. Kids Go Free with paid adult ticket to LEGOLAND® California Resort and your choice of LEGOLAND Water Park or SEA LIFE® Aquarium. That’s a $104 value!

Plus you can enter to win a family 4 pack of tickets to LEGOLAND right here!

One lucky winner will receive a family (4) four pack of tickets to LEGOLAND (coupon ARV $452).

Step#1: Please answer in the blog comments section below: What is your favorite family vacation memory?

Thank you to LEGOLAND California for sponsoring this post and giveaway. All opinions remain my own.