Do you want more than just a standard beach getaway? If you are looking for a vacation that offers up new, exciting fun as well as weird, fascinating and even historical, check out the Conch Republic. Never heard of the Conch Republic? It is actually the micro-nation that includes Key West and the boundaries of Monroe County, FL. The area declared themselves independent after protests erupted when border patrol setup blockades on US 1 and searched cars for narcotics and illegal immigrants in 1982. This area known for its eclectic culture and collection of wanderers that stay when they literally reach the end of the road as it is the very southernmost point in the United States. It is more than a beach vacation, it is a place to explore, find adventure, and even go a little crazy (which we all deserve from time to time). Of all the things you can see and do, here are 6 things you can only see in Key West. 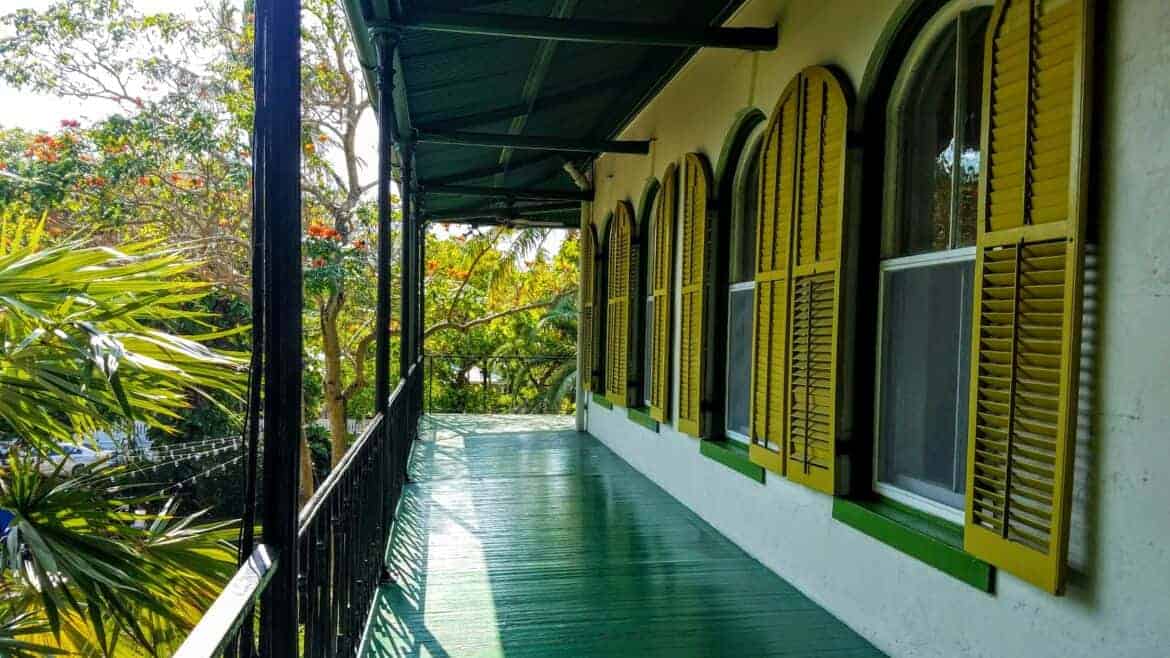 The American novelist Ernest Hemingway and his then wife Pauline arrived in Key West in 1928, in attempt to pick up a Ford Roadster that was gifted to them for their wedding. However, simple twists of fate would compel them to stay, and it is there that he finished his semi-autobiographical novel A Farewell to Arms. They eventually restored a house on the island and stayed until their divorce in 1940. Today, their house is a National Historical Landmark and can be toured. Visitors can explore the home and see many of Hemingway’s collections of antiques and mounts from his big game hunting. They can see where he slept, wrote, and enjoyed a drink on the balcony. It is an intimate look at one of our country’s great writers. On the ground, you can also see the pool he installed which he claimed took every last cent he had. At $20,000, it was quite an exorbitant purchase in the 1930s, and it was also the first pool for 100 miles. The landmark is also open for weddings if you happen to be looking for a venue.

When Ernest Hemingway lived on the island, he was given a six toed cat (known as a polydactyl) by the captain of a ship. The cat, known as Snow White, began to breed with other cats, and now, all over Key West you can see six toed cats wondering about. You can probably see the cats elsewhere, but there is quite an abundance here.

You can travel to the very southernmost point in the United States, which is marked by a buoy perched on the coast. It is located at the corner of South Street and Whitehead, and Cuba is only a mere 90 miles away. Bring your high powered binoculars and see if you can catch a glimpse of our neighbor’s shores.

Key West is the place to go if you are in search of the perfect margarita, literally. Jimmy Buffet visited Key West in the 1970s and fell in love with its culture and atmosphere not realizing what a major role it would play in his life. The very first Margaritaville® opened in Key West, Florida in 1987, quickly becoming a favorite watering hole for Parrotheads and locals alike. The restaurant offers a relaxed, tropical escape with a delicious food menu on top of ten margarita choices, including the Perfect Margarita. Fast forward to today and the newest locations can be found on three Norwegian Cruise ships as Margaritaville® at Sea as well as a two-story Landshark Bar & Grill in Harvest Caye, Belize.

At Mallory Square Dock, there is a party every night! Each night performers gather in the square to put on shows, perform tricks and sell art work. It is the daily Sunset Celebration where you can grab a beer and a hot dog while you walk along the water’s edge and find yourself entertained by everything from fire jugglers to master magicians. It is a longstanding tradition that captivates crowds of people every night.

The haunted doll known as Robert is about 111 years old, and years of odd behavior has placed him in the Fort East Martello Museum in Key West. Originally, a man purchased the doll in Germany to give to his son Robert Eugene Otto, who went by Gene. Growing up in Key West, Gene kept the doll well into adulthood. Many reported that Gene had a strange relationship with the doll often treating it as if he were a real boy, and even blaming mishaps on it when he was a kid. However, as an adult, Gene kept the doll in his house, displayed in the window, and people began to report strange happenings. When Gene died in the 70s, the new owners took ownership of his home and the doll. They frequently heard giggling and footsteps upstairs, the doll would reappear in new locations in the house on its own, and they even said there was a notable difference in the doll’s facial expression if someone spoke ill of Gene in his presence. Eventually, the owners donated the doll to the museum where he still remains today. Visitors frequently send him letters and emails often apologizing because they have had bad things happen after visiting him, and they believe it is because they didn’t show him enough respect. Whether you believe in it or not, you can only find him in Key West.

We were hosted by Norwegian Cruise Line. All opinions remain our own.