This post brought to you by Air Wick. All opinions are 100% mine.

On Wednesday I flew from Michigan to California for a 3 day business trip. While I was gone my husband was also out of town so our house was closed up, except for neighbors letting my dogs in and out during the day. When I walked in the door at 1am saturday morning, after spending all day flying, I was hit with a musty wet-dog smell.

The house had been closed up for three days, and it had been raining while the dogs were let in and out. I opened all the windows to try and air it out but it was only marginally helpful since the wind had died down. Earlier in the day I had spoke to my neighbor who let me know a package arrived. I can't tell you how excited I was that it was the samples of scented Airwick products I had been waiting for. 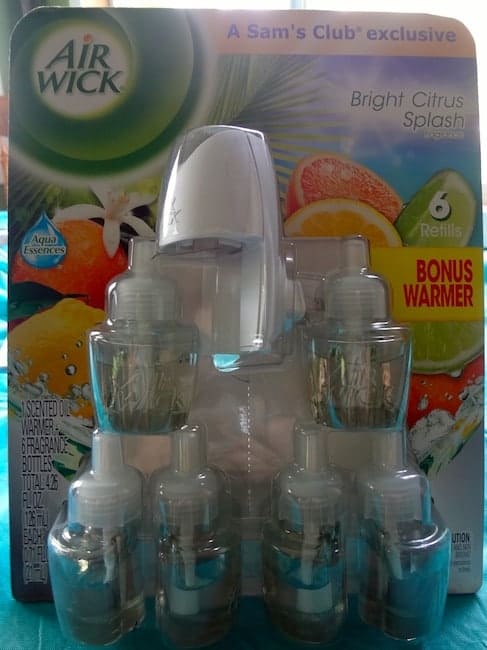 Of course, I instantly put them to good use. There were so many options to choose from including:

National Park Limited Edition:
Grand Canyon Cactus Flower & Warm Breeze
American Samoa Sweet Coconut & Island Palms
Hawaii Exotic Papaya &Hibiscus Flower
Sam's Club Exclusive:
Ocean Spray & Sparkling Seal Minerals
Bright Citrus Splash (scent warmer included)
Essentials:
Lavender & Chamomile (scent warmer included)
Magnolia & Cherry Blossom (scent warmer included)
Island Paradise (scent warmer included)
I'm a bit of a stickler when it comes to the scents in my house. I don't like a different scent in each room. I also don't want to be assaulted with an over powering fragrance. Different size rooms require more or less fragrance to achieve the right effect. I want the scents in my home to not stand out – I want them to be there without making guest stop and take note.  I was pleasantly surprised to see the Airwick warmers have dials to control the amount of fragrance released. I chose to put Lavender & Chamomile  in the bedrooms. It's well known that both scents are soothing and help induce pleasant sleep so that was a no brainer. Because my kitchen, dining room and living room are all open together I wanted a single fragrance and chose Hawaii Exotic Papaya &Hibiscus Flower. Finally, in the bathroom I put in the fresh smelling Ocean Spray & Sparkling Seal Minerals. 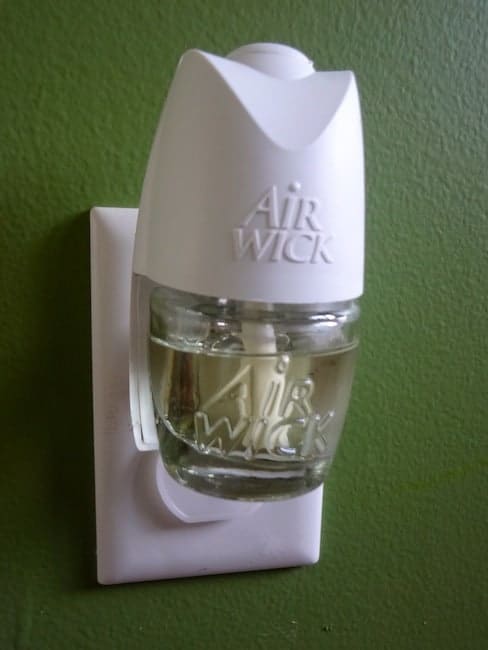 Before long the disgusting wet dog smell had disappeared with pleasant smells in it's place. After some tweaking of the dial each room has just the right fragrance wafting in the air.  You can pick up your own Airwick products from Sam’s Club for extra savings!

2 thoughts on “Is There Any Smell Worse Than Wet Dog?”