“Dreamers Wanted” was a theme that permeated my #TomorrowlandBloggers experience. And no one bigger dreams than kids, which is why I was so excited to speak with the young stars of Disney’s Tomorrowland. In my interview I asked Raffey Cassidy, who plays Athena, and Thomas Robinson, who plays young Frank all about the film, the future, and what they hoped to see featured on the Blu-Ray Combo Pack when it’s released on October 13th.

What advice would you give to kids about following their dreams?

THOMAS: To never give up. Failure is a part of it.

What do you think about the Tomorrowland the film?

THOMAS: It’s a very optimistic film and I like the message that people can do anything. I love that.

There are a lot of inventions and new technologies presented in this film. Are there any that you would like to see in the future?

RAFFEY: I really like the idea of Jet Packs being a form of transportation. That is so cool.  I also really liked the floating pools. I thought that was beautiful.

Thomas, what was it like riding ‘it’s a small world’?

THOMAS: Honestly, I was a little creeped out. I rode it about 25 times and since they were filming there was no music! All I could hear was the clicking noise the dolls made when they blinked and moved. It was terrifying.

With the release of the Blu-Ray, what are some moments you hope to see as a bonus feature?

THOMAS: Well, the first time we the ‘it’s a small world’ sequence, it was supposed to be like drop on the ‘Pirates of the Caribbean’ ride where it doesn’t really splash you, but it ended up being like a huge tidal wave that went over my head! It was really unexpected.

Last question, what is your favorite ride in Tomorrowland?

RAFFEY: For me, it’s Space Mountain.  I just love the feeling of flying through space and I’m obsessed with Roller Coasters!

THOMAS: I think that’s mine too. Space Mountain.

For me, it’s a toss-up between Space Mountain and Star Tours. I’m so glad I got a chance to see a vision for the future through a young dreamer’s eyes. And remember Thomas Robinson’s ride through ‘it’s a small world’? Well, not only did I get a chance to float along the “happiest cruise that ever sailed” but I also got to sit in the actual boat used in the movie! 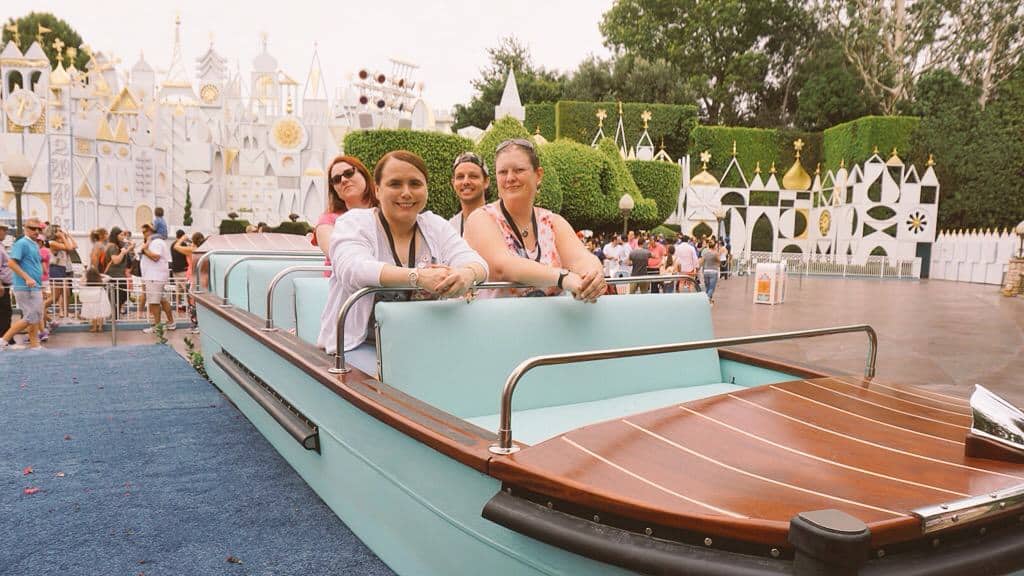 15 thoughts on “An Interview with the Young Stars of Tomorrowland”