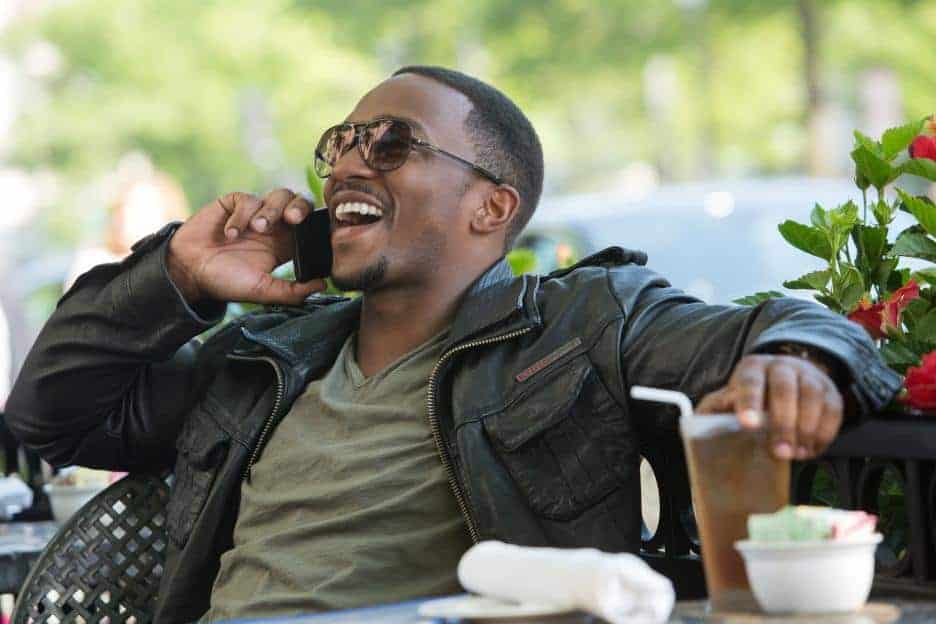 With the release of the new Captain America: The Winter Soldier movie over the weekend, humor is probably the last thing that you think of when you see the trailers full of action, drama, and legendary superheroes battling. However, I can tell you that Anthony Mackie, playing Sam Wilson aka the Falcon, is quite the funny man. In his interview about the new movie, he reveals the lighter side behind the grueling training and long hours filming. 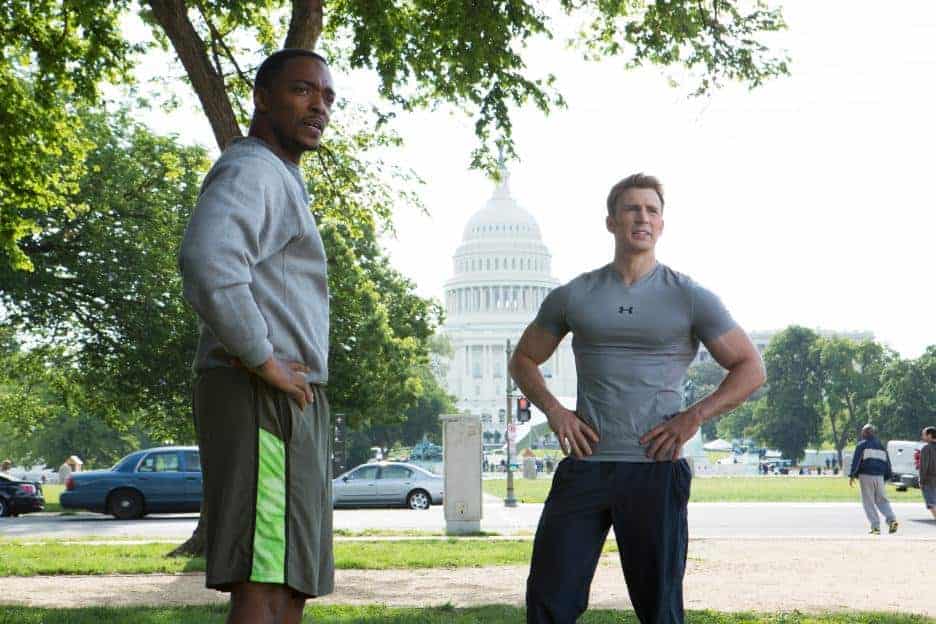 On the set Anthony Mackie quickly became friends with Chris Evans and provided the comic relief for the all-day shoots. Mackie spent months bulking up for the film and was “ready to put on the spandex” when he noticed something strange. He took one look at Evans, who looked like a Greek God, except in one area…his derriere. Mackie found it particularly amusing that after months of intense training, Evans had managed to have such a deflated backside. Unable to contain himself, Mackie had to ask, “Dude, how’d you get your [butt] that small? What did you do to it?” His openness and good humored nature made the difficulty of filming much easier to tolerate not to mention creating a general camaraderie among the cast. In an industry where people can become caught up in their own egos, Mackie is very down to Earth. He couldn’t deny the fact that when it came down to it, they were a bunch of thirty five year olds dressed up in costumes which certainly puts anyone’s ego into perspective. 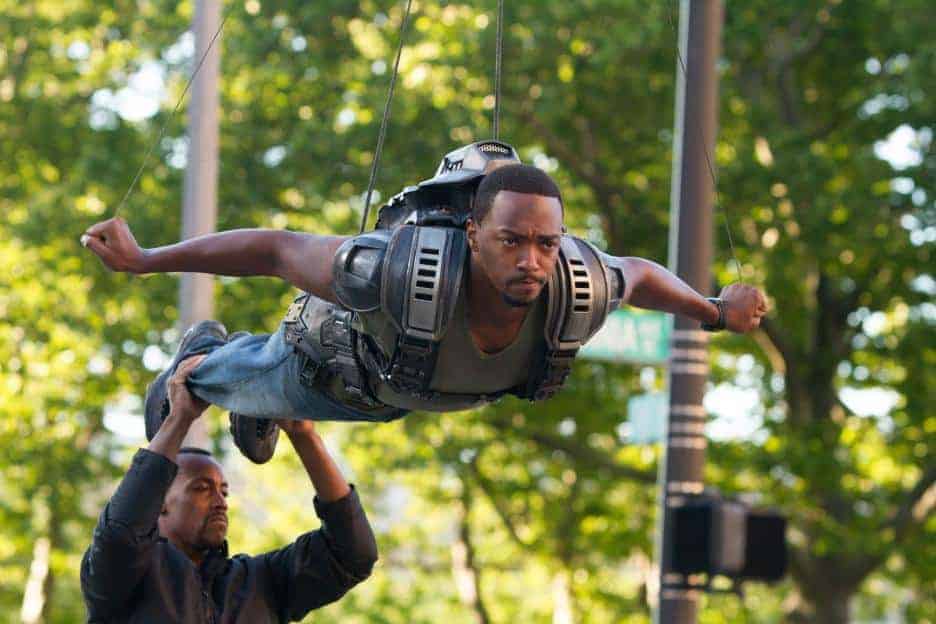 When he wasn’t joking with the cast members, Mackie was trying to master the art of flying which in his words, “ there’s nothing natural about flying, to humans.” The first day of filming he was hoping for a low key day to get acclimated, instead he was instructed to “stand on the edge of a [60 foot] platform…turn around, shoot [at the approaching jet] and jump backwards head first.”  While it wasn’t what he envisioned on his first day, Mackie took it in stride. Three months of rigorous training and a complete lifestyle makeover made him prepared him for the high flying stunts. However, during training Mackie regrettably said he had to break up with his girlfriend Haagen Dazs. 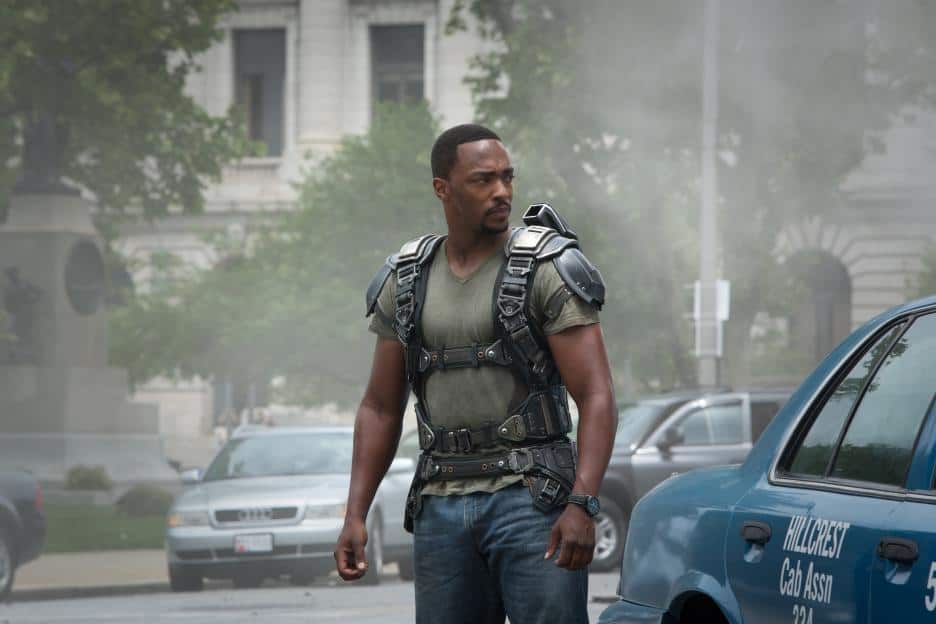 Even though he is a big movie star, Mackie is still very modest. Since his career began, he knew he wanted to one day play a superhero, and he has worked tirelessly to prove to the so called industry that he has true talent. Mackie is happy to say that he “feels this is a job [he] got because [he] deserved it.” As one of the few characters that had not been in any previous Marvel movies, it was a new realm to him, but he was thrilled to find that everyone was welcoming and ready to work hard. When advertisements for the Captain America: The Winter Soldier came out he was excited to see himself as the Falcon. Then, his sister happened to find a poster of him at the local Michael’s store, and he took a special trip to see it in store. Standing there with his sister and seeing his face plastered on a huge 24” by 36” poster was pretty surreal. He decided to sign the posters for any lucky kids that might buy one. However, the manager was a little less pleased and insisted that Mackie personally buy all of the posters he had signed saying that he had “ruined” them. Even after explaining that he was in fact the man on the poster, the manager didn’t believe him, and Mackie had to purchase multiple signed posters of him as the Falcon. The fact that he can laugh it off shows what an unassuming person he truly is which is refreshing in a world of egotistical maniacs. 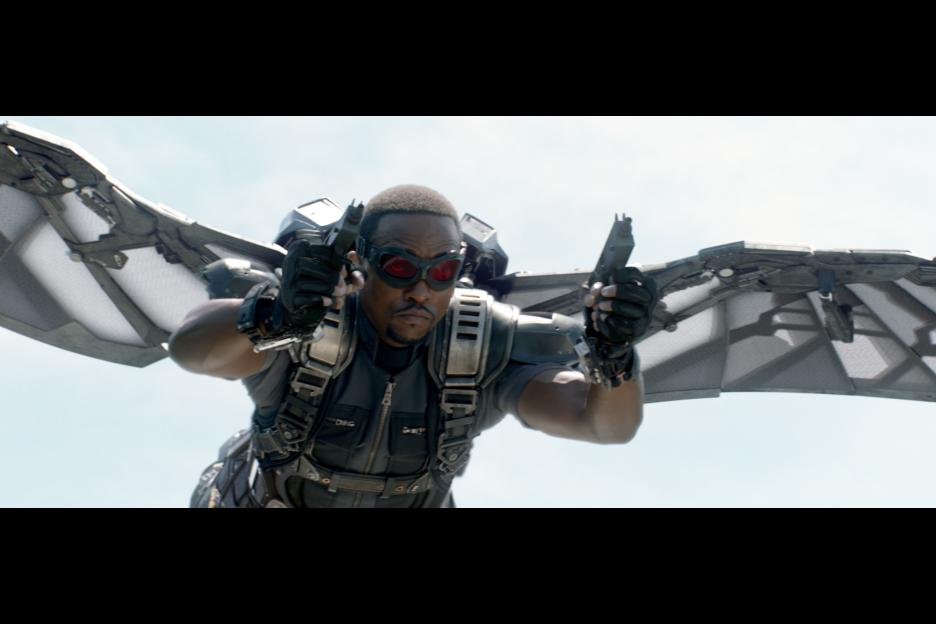 I don’t know about you, but finding out that an actor is so relatable and likeable off-screen makes me more apt to be drawn to them on-screen. Clearly, Mackie is an actor making a name for himself with roles in such movies as The Hurt Locker, Million Dollar Baby, and Real Steel. As one of the few African American superheroes, Mackie was thrilled to be playing such a positive role. Being a reformed criminal, the Falcon works for the good of the community he grew up in and steers kids away from the violent and criminal culture they are exposed to every day. When Mackie, found out he had gotten the role he said he just cried. He couldn’t wait until “next Halloween [to] open the door and there [would] be a little kid dressed as the Falcon.” It is obvious that Mackie is an actor truly committed to the craft and making a positive impact on the world with his influence. If you’re looking for a reason to see Captain America: The Winter Soldier, see it for Anthony Mackie’s sincere performance.

Check back for more exclusive interviews with the rest of the cast. In the mean time, you can see Captain America: The Winter Soldier now!

22 thoughts on “The Falcon is the Humor Behind Captain America: The Winter Soldier”