Around the world there are bizarre and beautiful sights both natural and man-made. They remain as testament to the strange mysteries we may never know, and the human desire to try to control our destinies. We are drawn to the unusual and breathtaking elements of our earth and often use them as inspiration to erect massive monuments in honor of something greater or really just to draw attention to what we believe is the greatness of the human capacity. These are strange and unusual sights around the world, some made by man and some formed by the mysterious earth itself.

This forest in Japan is well known as the second most popular place in the world to commit suicide. The Golden Gate Bridge is the first. Based at the bottom of Mount Fuji, this forest is thick with trees making it almost disorienting, and its rich volcanic soil has iron deposits that interfere with compasses making them useless. It is in here that many people wander into the woods and decide to end their lives. Annually, volunteer forest workers find about 70 bodies but many others are never recovered, and the number has stopped being published publicly in hopes of deterring people from coming there to end their lives. Many believe that all of the death that takes place there causes paranormal activity and may even prevent some from escaping the depths of the forest. Signs on the trees warn people not to take their lives, but it remains a bizarre place that attracts lost souls.

This 230 foot wide crater first began burning in 1971 when Soviet era scientists were looking for natural gas reserves. They had built a platform for the drilling, but when it collapsed they feared it would poison people with methane gas so they set it on fire believing it would burn out in a few hours. That was almost fifty years ago. People come from around the world to see this massive burning crater.

Located in the Navajo Nation in San Juan County, New Mexico the Shiprock formation shoots skyward, reaching 7,177 feet. Formed by volcanic breccia and the igneous rock minette, it is believed that the rock was formed about 27 million years ago.

This Bone Church was originally a popular burial site after Abbot Henry scattered holy soil across the Sedlec cemetery in the 13th century. The soil had come from his journey to the “Grave of the Lord in Jerusalem.” People desperately wanted to be buried there even those from neighboring countries, but eventually they just ran out of room. Then, in 1870 the local woodcarver, František Rint was given the task of arranging the bones of the excess bodies. After bleaching the bones for a uniform look, he created massive displays including chandeliers, chalices, candelabras, pyramids, monstrances, and even a family crest…all in human bones. He even signed his artwork using bones.

These trees sit on the most southern point on New Zealand South Island where the wind is unrepentant. Southwesterly winds from Antarctica sweep the area and force the trees into contorted twisted shapes that favor the direction of the wind. Only a few sheep inhabit the area, and any random shacks have long been abandoned.

Edward James, an English Poet was semi-exiled in Mexico in 1947 when he acquired a coffee plantation in Xilitla. His fascination with art, especially surrealist art, as well as his love of plants and wildlife led him to the beautiful jungles of Mexico where he began to build Las Pozas in 1962. The building went on for over twenty years before James eventually died leaving behind these creations with no real final goal. This massive monument houses gardens with over 30 structures with plant sculptures and staircases. 9 pools from naturally flowing waters move through the monument and serve as the namesake. Las Pozas means “the pools” in Spanish. James’ friend Plutaco Gastelum did the majority of design and construction, and at the time James died, the concrete structures took up more than 20 acres in the jungle.

It is believed that the original edifice here was built in 1320 for the MacDougalls, but when they eventually lost their title, it was passed to Lord of Lorn, Sir John Stewart. In 1446, it is thought that Stewart built the castle that still stands today. Stewart had an illegitimate son that he had tried to legitimize by marrying the boy’s mother, but it led to much fighting and bloodshed. Through time, ownership passed through many hands and was exchanged frequently because of murder. In 1746, after the Battle of Culloden, it was used by government forces and even held prisoners at times. Starting in 1908, it has been repaired and restored in attempts at preservation and today it is open for tours. Its long tortured history is represented by its lonely isolated shores.

Also read:  Delicious Eats at a Different Pointe of View

Monastery of the Holy Trinity, Greece

This monastery is only one of the monasteries known as “Meteora” meaning “suspended in the air” in Greek with the first holy location as such dating to the 11th century. This monastery has a history dating back 6 centuries and the cliffs upon which it sits are over 60 million years old. It is a UNSECO World Heritage Site, and its design forms a cross while amazing frescos have been painstaking preserved. The James Bond movie Four Your Eyes featured scenes from the monastery, and today it can be toured by visitors that want to see its amazing art and history.

Hexagonal columns made of basalt make up this 72 foot tall sea cave which has served as an important site in Irish and Scottish Celtic legends. Having been “rediscovered” by Sir Joseph Banks in 1772, it was already called Uamh-Binn because of an Irish legend, but Banks called it “Fingal’s Cave” in reference to a popular poetic series out at the time he visited the cave. However, the German composer, Felix Mendelssohn and painter, J.M.W. Turner also aided in bringing the cave to fame with works of art in their own respective mediums, using Fingal’s Cave from Bank’s own renaming. When famous people began flocking to cave, it became a well sought after area for travelers the world over.

Ancient crumbling ruins sit next to Inle Lake in the small village of Indein. These old temples tell of long ago civilizations with a loyalty to the Buddha and an amazing array of architectural abilities. While it is not an easy place to reach, it is well worth the journey to see the remnants of history. 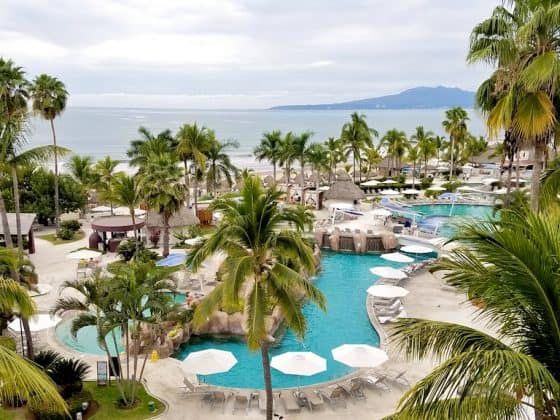 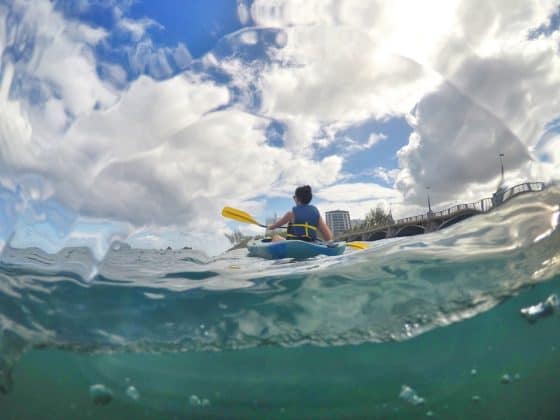 Activity Junky or Beach Bum? Where to Stay in Puerto Rico