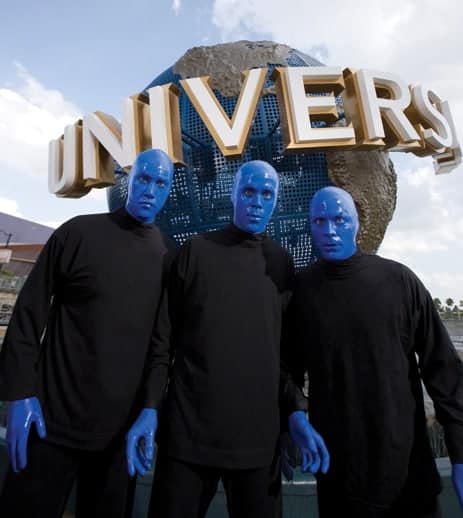 I’m notorious for over scheduling our family vacations and this spring break in Florida was no different. My husband would only be able to join us for 4 days and I wanted to make the most of it. So directly from picking him up at the airport we were headed to City Walk at Universal Studios, Orlando. Among other awesome attractions, it’s also home to the Blue Man Group!

We were double dating with his parents and none of us had seen the show before. Neither did we do any research before hand. We simply went in with an open mind. By the end of the show my mind was blown. I’m going to try very hard not to gush here but it was hilarious, entertaining, and surprising – in a word epic. 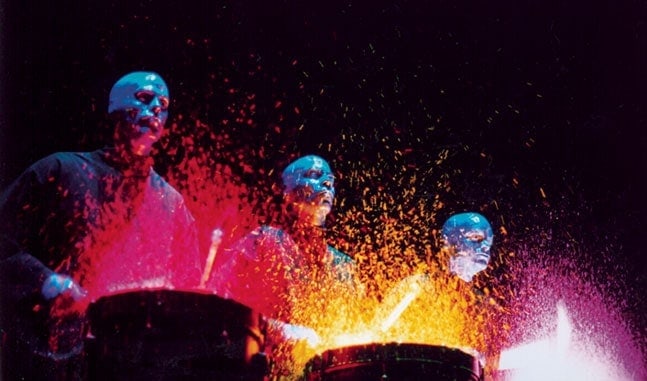 Going into the show, just based on things I had heard, I fully expected a concert. Guys dressed in blue, creating music out of unexpected object. While there was definitely that aspect, I quickly learned that Blue Man Group is so many things. It was a concert, a parody, a comedy and yet it was not one of those specific things.

Co-Founder of Blue Man Group Christ Wink says it best when he says “Our show is not a play, it’s not a circus, it’s not performance art. To us, it’s just an attempt at creating a heightened experience at being alive. We really believe in the value of getting people excited and giving them access to what we call ‘life force.’ Which is the energy boost you get when you see something really cool or do something really fun. We believe that ever day we’re on this crazy planet is worth celebrating.” 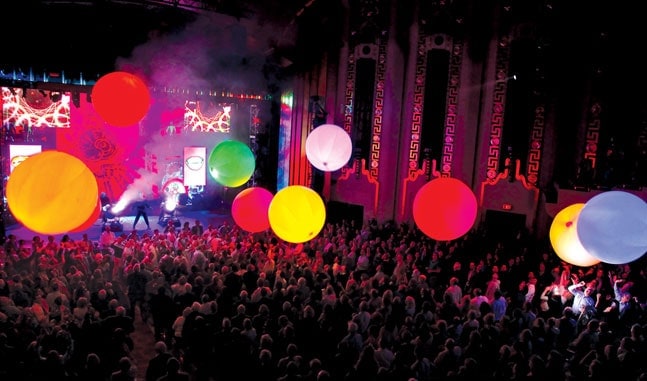 I don’t want to give too much away because much of the hilarity lies in the unexpected. However, life force is something we definitely felt during the hour and a half we spent with BMG. We were on our feet, we were cheering, we were fist bumping and laughing until tears rolled down our cheeks. You could FEEL the energy in the air and there was not a single member of the audience who wasn’t into the show. The audience laughed as the antics of the group, the GiPad apple parody and audibly cringed as we saw ourselves play out in the texting parodies. At the same time we also quickly realized that there is a really interesting and meaningful story being told.

We were on our feet, we were cheering, we were fist bumping and laughing until tears rolled down our cheeks.

And that my friends is what makes the show amazing. That this group of three people can amaze you with their musical talent, play out parodies that you have experienced in your daily life and at the same time tell this really great story – without saying one single word is just mind blowing. The show easily gets a full 5 stars in my book.

That being said, I do have a few tips to make your experience even more enjoyable.

Thank you to Universal Orlando for providing tickets to the show. All opinions remain my own.