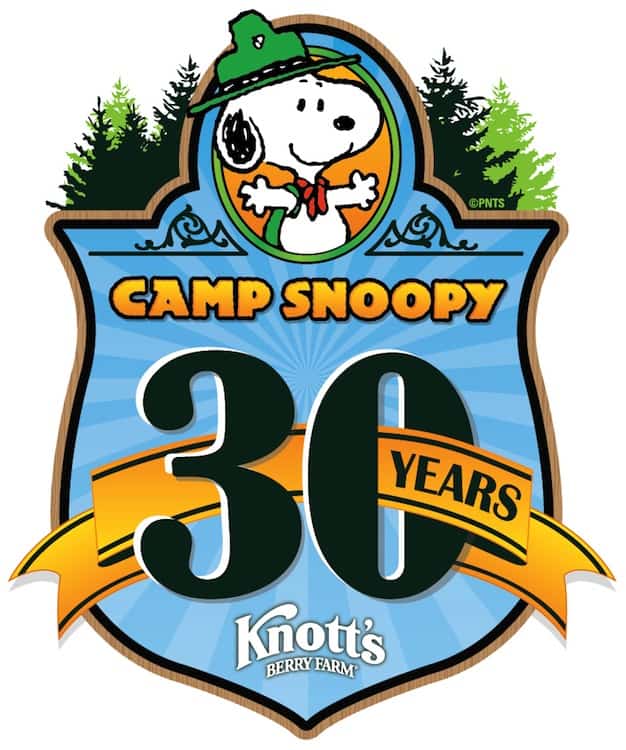 Our writer Jason spent his New Years Eve at Knott’s Berry Farm having some good old fashioned fun as he and friends took in some live shows, delicious desserts and of course, tackled the rides. Not surprisingly, their first stop of the night was Camp Snoopy, a treasured attraction at Knott’s Berry Farm.

Did you know that this year Camp Snoopy celebrates the big 3-0?! Knott’s is doing the big year up right with a complete restoration of the entire land. Plus, they just announced three new rides coming to the land of High Sierra fun!

You can see all three of the new attractions in tis sketch of the revitalized area. Pig Pen’s Mud Buggies is front left; Charlie Brown’s Kite Flyer is front right and Linus Launcher is back right.

Camp Snoopy construction began on January 6th and will continue until the grand re-opening in early summer. YOu can stay up to date on the exciting progress at Knott’s Website. However, they will also be unveiling new chnages and taking you behind the scenes over social media! Make sure you’re following them (as well as #CampSnoopy) on Facebook, Twitter, and Instagram.

6 thoughts on “Camp Snoopy at Knott’s Berry Farm Gets an Update!”