We are born, our parents raise us and then one day we leave the house to set out on our own. But what happens when life forces us to return to our family? 9JKL, the hysterical new comedy from CBS, explores just that. Creator and Executive Producer, Mark Feuerstein, stars as Josh Roberts, a new divorcé and out of work actor. Josh moves back to New York to regroup and finds himself living in an apartment right between his meddlesome parents and his tenacious brother and sister-in-law.

Josh’s parents are played by Hollywood icons, Elliot Gould and Linda Lavin, who lend their years of comedic expertise to the characters of Harry and Judy Roberts. In the episode I previewed, Harry and Judy are introduced to world of DVR and the ability to watch shows whenever they wish. Needless to say, anytime Baby Boomers are confronted with modern technology, there is a sharp learning curve and hilarity ensues.

Adding to the comedy is Josh’s successful surgeon brother, Andrew, played by David Walton. He, along with his pediatrician wife, Eve, played by Liza Lapira, serve as constant reminders to Josh of his mishaps. Such was the case in our preview episode, when Josh falls for the Andrew and Eve’s new nanny only to have things go south with the relationship. Andrew and Eve pairing up on Josh creates endless comedic moments. 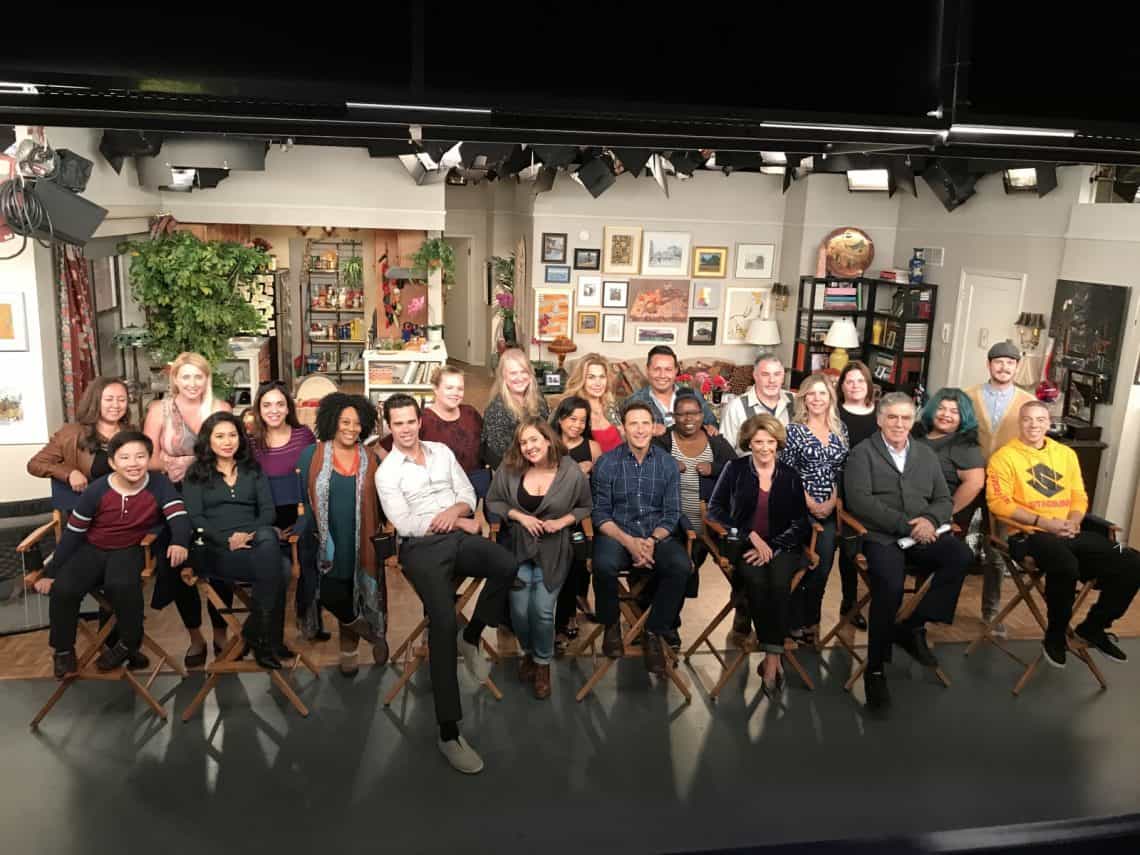 For me, the real standout of the show is the doorman, Nick, played by Matt Murray. Nick’s urban edge and outspoken comedy coupled with the deadpan and straight laced delivery of Harry and Judy makes for nonstop laughs. The cast is rounded out by Albert Tsai who plays the young neighbor boy from apartment 5A.

9JKL is all about family. It is obvious in every aspect of the show, from its concept and inspiration to the cast’s chemistry. However, family doesn’t stop there. Mark Feuerstein’s wife, Dana Klein, is also an Executive Producer and Writer on the show. I think that is what makes 9JKL so special. It is a family affair in every sense of the word, and it really shows on screen. At this time of year when family is what it’s all about, what better way to come together than sharing laughs watching CBS Television’s 9JKL.

Disclosure: This post was sponsored by the Role Mommy Writer’s Network. However, all opinions are 100% my own.

20 thoughts on “Just what is this new CBS Comedy, 9JKL, all about?”